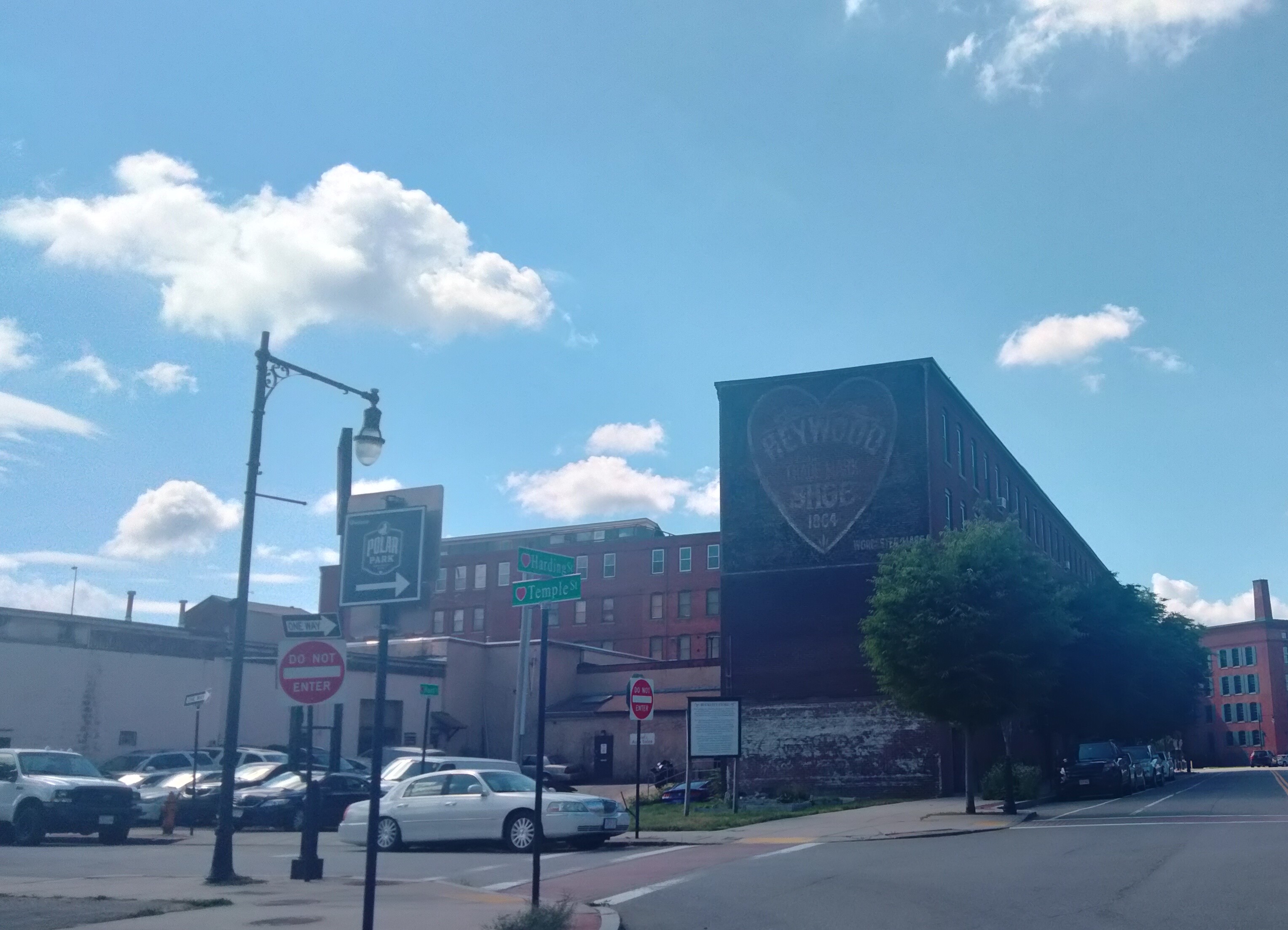 The Heywood shoe factory building with its famous heart

The other day I was driving by the Heywood shoe building – now a mixed use development and a Canal District staple owned by the sweet and handsome Tortilla Sam’s “Eric” – when I noticed this sign (pictured) at the end of Eric’s property: a kind of BUCKLEY WAS HERE, as in this is the spot where an Irish immigrant named Cornelius Buckley owned and operated a general store. The historical marker tells you Buckley and his family lived on the first floor in the 1800s and lists some interesting architectural facts. More Canal District IRISH history! With a mere mention of the Lithuanians and a few other ethnic groups who passed through Green Island, now the gentrified Canal District. It’s all about the Irish and their da*n canal – which is no where to be found in the Canal District! 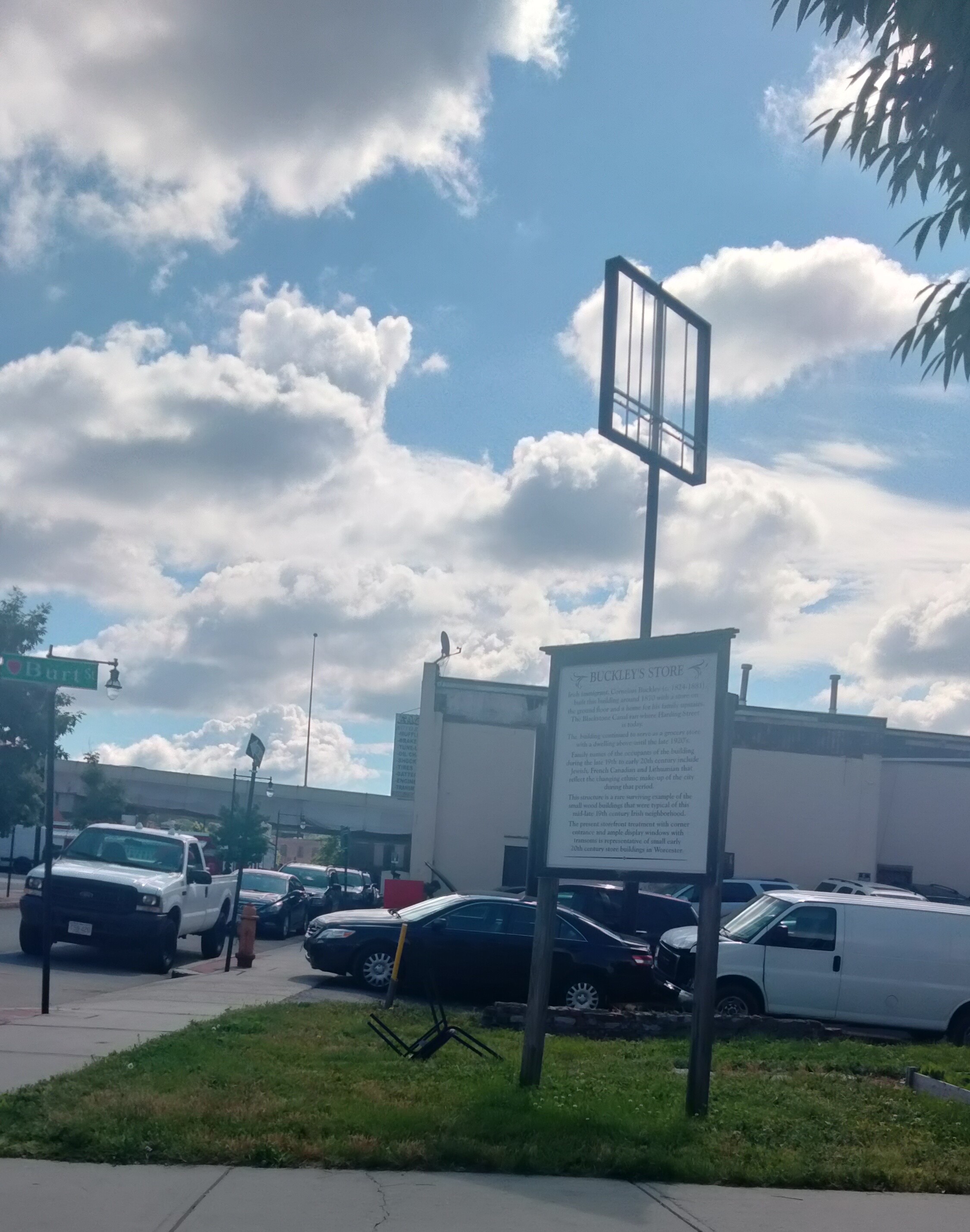 When I first drove by the sign and saw the word BUCKLEY I laughed. I couldn’t help but think of Spencer Tracy spewing out the word in disgust in his FATHER OF THE BRIDE movies. Big hits in the 1950s – and still fun to watch. Buckley! Ahhh! Buckley! Buckley the gangly and hapless man-kid Spencer Tracy’s beautiful daughter – ELIZABETH TAYLOR!!!! – was going to marry. Elizabeth had fallen madly in love with this skinny nerd and would make Spencer Tracy the Father of the Bride, no longer her first love and hero. Spencer had a distinct distaste for the nincompoop BUCKLEY and was flummoxed: how could his gorgeous daughter fall for a BUCKLEY?!!! BUCKLEY!! There was always a look of quiet exasperation whenever Buckley did something ridiculous – which was pretty much everything because Spencer couldn’t wrap his arms around him… everything Buckley did pissed of the Father who hated losing his “little girl.” Forever. Kitten, I think he called her, would leave home to build a life with … Buckley. These days Buckley was kitten’s master! Buckley was in – and Pops was definitely out!

You kiddos may ask, Rose, who were the Golub brothers? 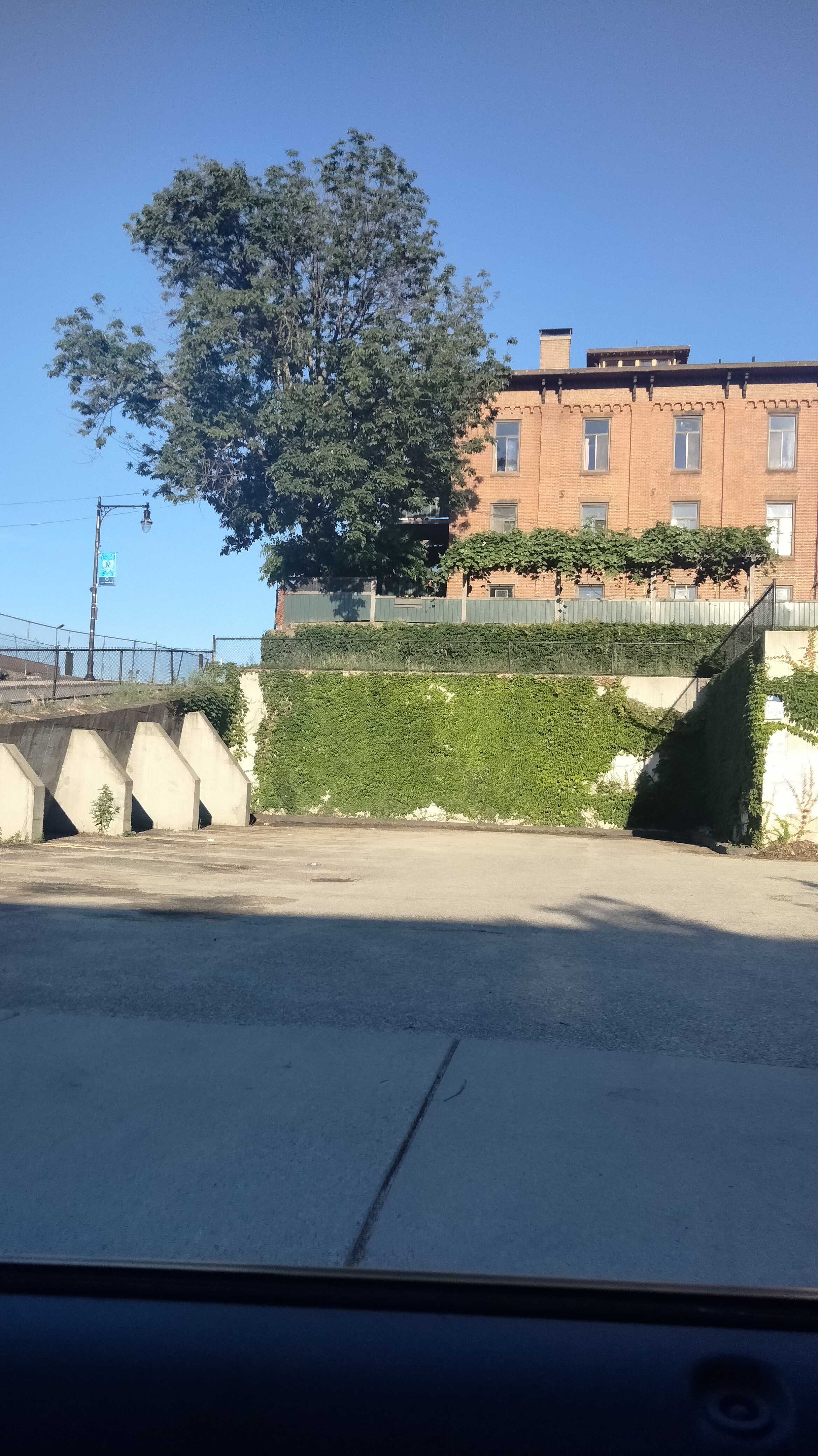 The Green Street Market – along with owners Charlie and Izzy GOLUB – were here! For a half century! Their little ethnic gem is gone, but Canal District history buffs should put up a sign – WITH A PHOTO OF THE GOLUB BROTHERS – to commemorate the HISTORIC space, now a parking lot.

Why just across the way from Buckley, on Green Street, sat the iconic Green Street Market owned by Izzy and Charlie. For a half century. The sons of Jewish immigrants. The sweetest guys. Joined at the hip – “close” doesn’t begin to describe their relationship. These brothers loved each other and you felt the love every time you walked into their market to buy an apple or a can of soda. You’d go into the Green Street Market pay for a grinder and then maybe Izzy would give you a little wicker basket or two for the plants in your apartment. He’d ask you how you were doing – and listened as you told him about your new job or kitten. …The neighborhood wino would walk into Green Street Market and Charlie would give him a sandwich for free. Of course, they had an incredible business …a meat counter – cold cuts cut fresh for your order. They had soups and fresh veggies and fruits. They had special Jewish foods and other ethnic delicacies. They sold the local newspapers, and they always wore big white aprons. I’ll never forget they’re big aprons because Charlie was a tall, bigger guy. So he had a really big apron. Because they were working hard and the blood from the fresh hamburger sometimes stained their hands, their white aprons were smeared with the stuff of their business. The GOLUB’s were the nicest guys…it wasn’t all about money, though they lived in beautiful houses on Worcester’s West Side. It was really about the Kelley Square neighborhood, their families, education, serving their country in World War II, reading, writing letters to their special ladies …wives who would grow to love these two wonderful men for more than a half century.

Charlie and Izzy would charm you, kid you… reminisce with you. Always in quiet tones. There was nothing crass and loud about these two men who lived deep in their Jewish faith.

The tiny spot where the market was, now owned by Allen Fletcher who turned it into a parking lot, should get its own historical marker. Because IZZY AND CHARLIE GOLUB are Canal District history, too. No, they didn’t build a canal. No, they weren’t Irish, but THEY WERE HERE TOO AND ADDED TO THE VIBRANCY OF A TERRIFIC, IF POOR, INNER-CITY NEIGHBORHOOD. Give the GOLUB Brothers and Green Street Market their historical marker!

Their market and sandwich shop was bought by Fletcher about 24 years ago, right after he bought the Ash Street School, directly behind Green Street Market. Allen rented the building to an African entrepreneur who just couldn’t make a go of the place. By then the Golub brothers had died – both were in their 90s – and the magic was gone. 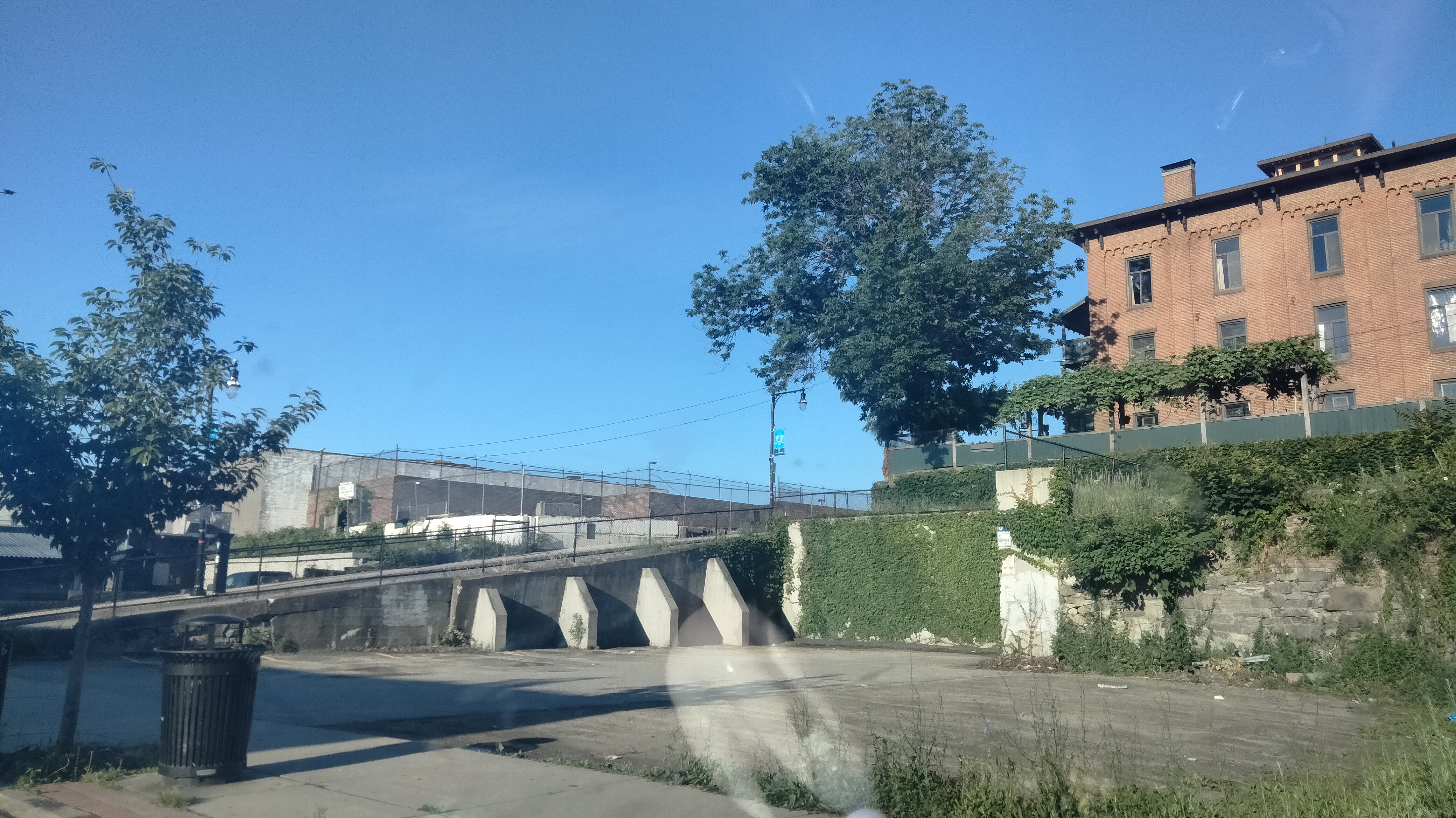 Missing the late GOLUB brothers! The two men were life-long best buddies! It was a joy to see them working together!