Photos. Taken today, a few hours before “the opening game” at Woo Sox-ville. The Canal District. The up and comers have up and come: Can you say “gentrification”? 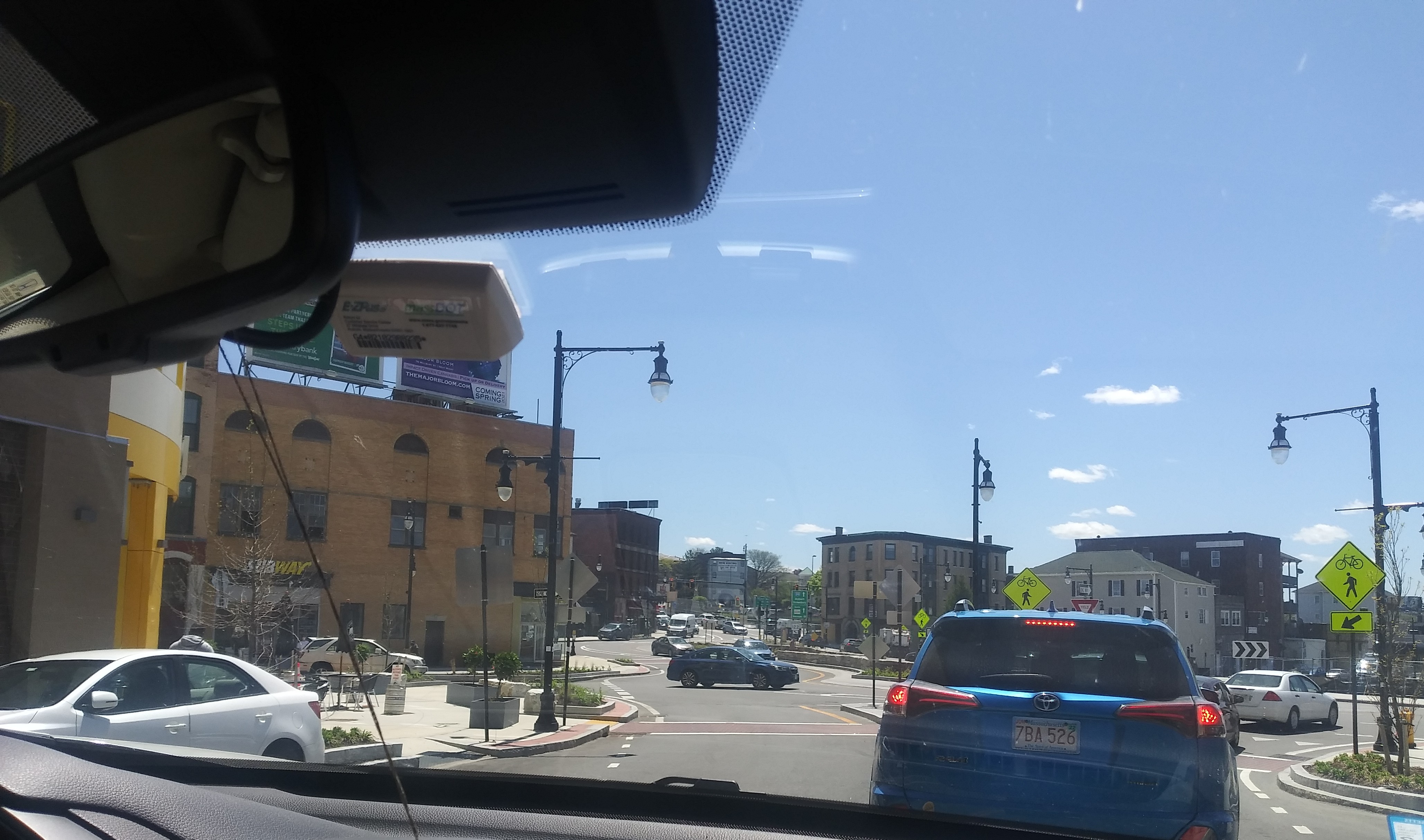 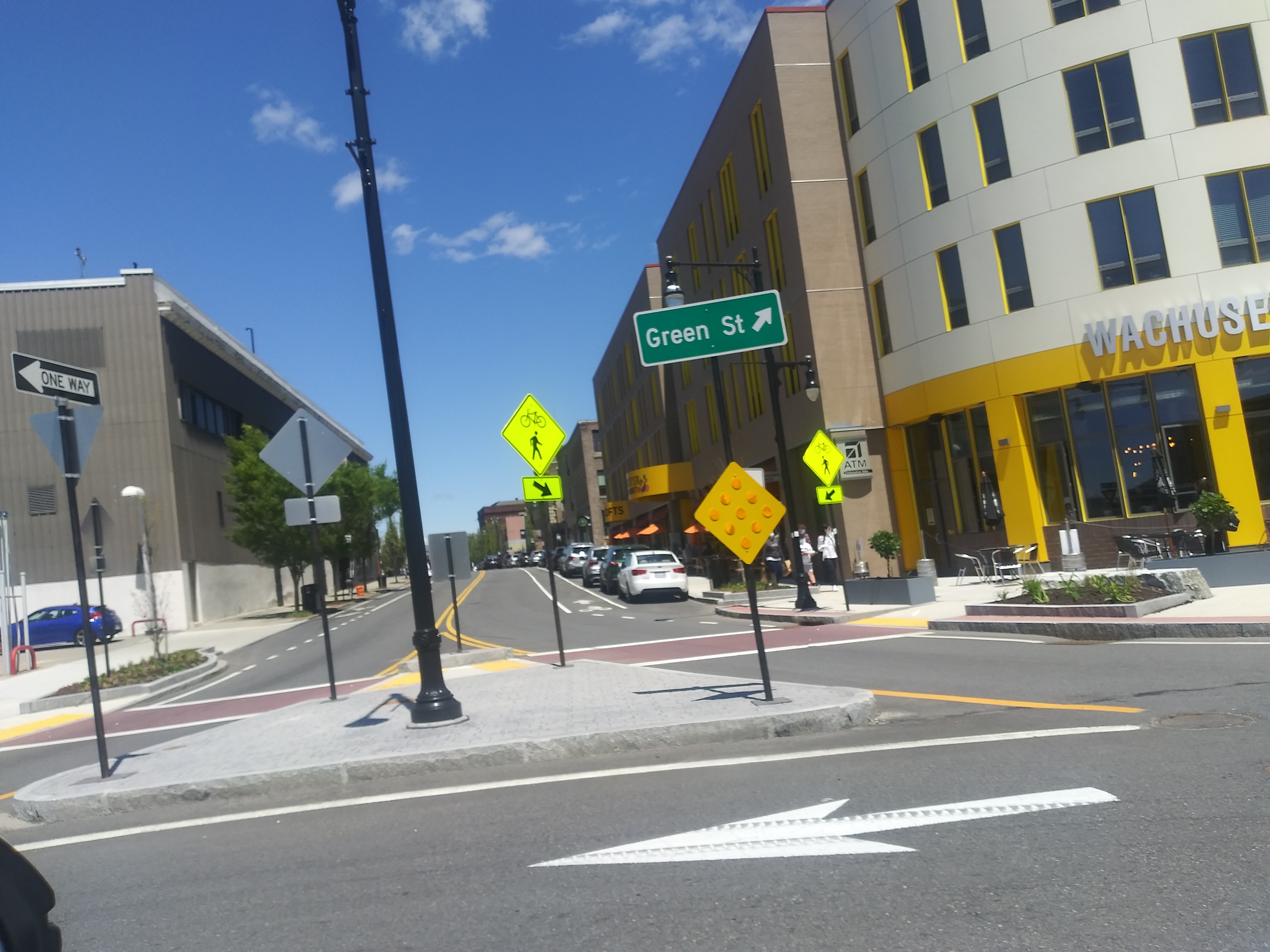 This is all very nice, but I’m wistful for what’s lost, forgotten, buried and dead. I adored the old Green Island/Kelley Square – my old neighborhood and my mom’s and my Polish immigrant grandmother’s (Bapy), too.

Here are some old Kelley Square/Green Island photos: unpretentious, steeped in aspirations, immigrant dreams, the dreams of Polish dyers, Russian cobblers, Armenian dry cleaners, Irish mechanics, Italian furniture movers, Jewish tailors and deli owners … My grandfather raised rabbits on his Lafayette Street back porch for food. My Baby cooked them in her stew in big pots on her black cast iron stove. My late mother remembered going to the outdoor markets on Water Street with Jaju, my granddad from Poland, when she was a little girl to buy vegetables and treats and to watch the little chained monkeys dance for pennies at the market. Some of them were trained by their owners to turn around and around to show you their little butts; they’d slap their protruded back ends as if to say KISS MY A*S! KISS MY A*S! My Jaju got a big kick out of those poor bawdy little monkeys. 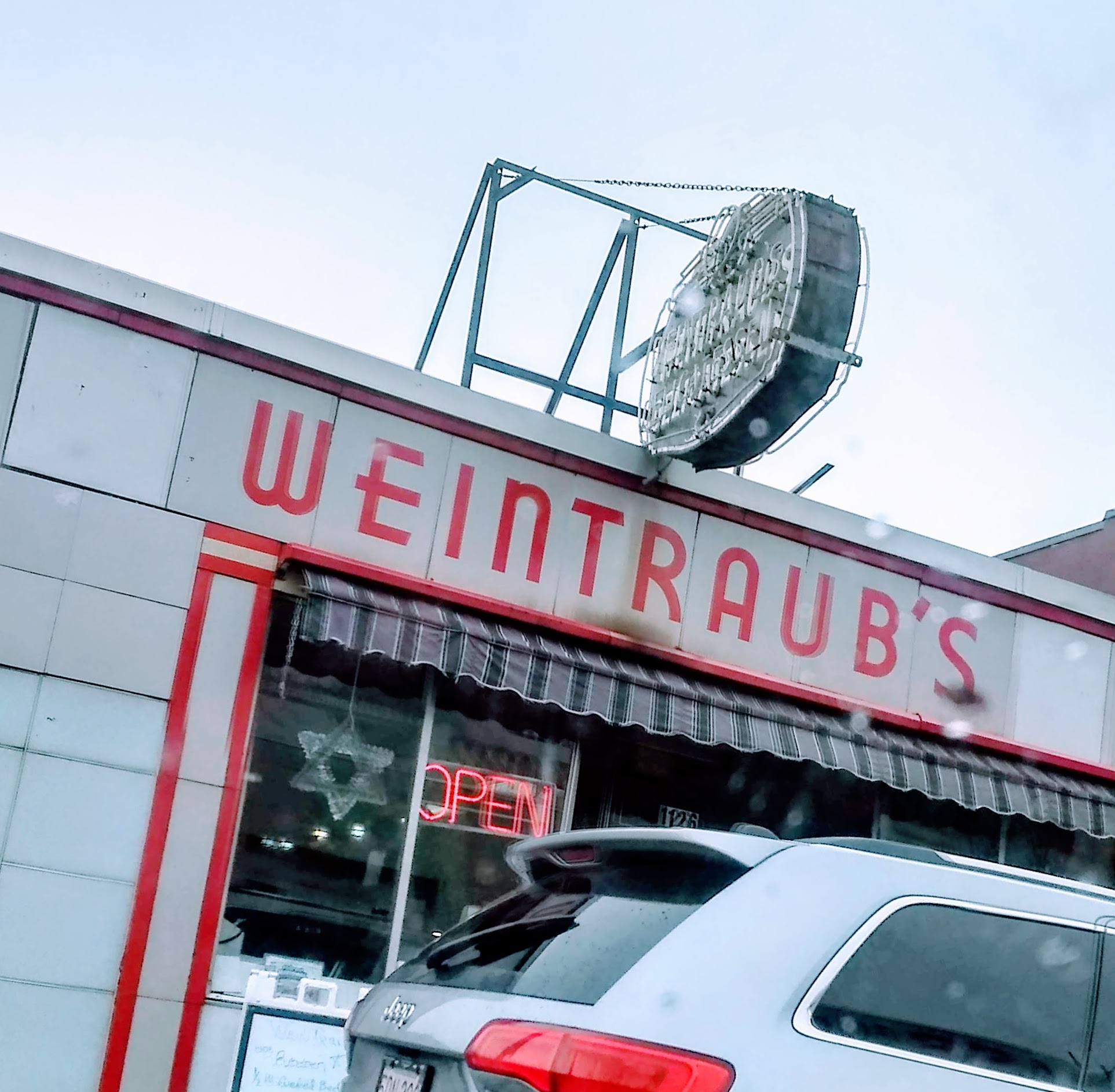 🇺🇸Then – back then – would have been the perfect time for a ball park. Built in a real immigrant neighborhood where “Play ball!!” meant “Be an American!!” You were a foreigner in a strange land, but if you learned baseball, you were all right, you were getting there, learning how to be an American: fast, smart, willing to take a chance and “steal” a base. You worked on a team, but you could be a shining, one-in-a-million star, too. And doesn’t everybody want to go HOME and be cheered for doing just that? 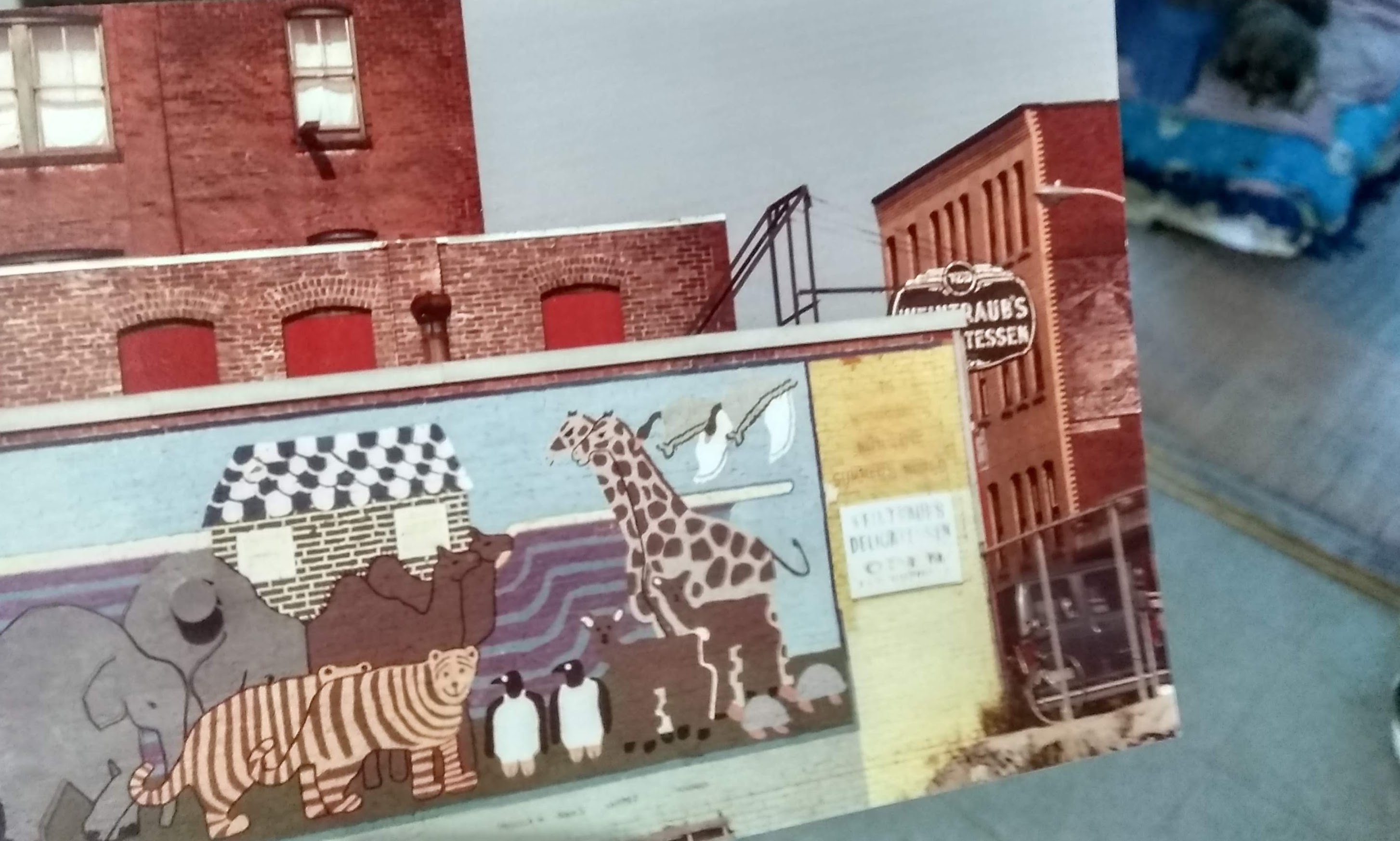 Didn’t great baseball stadiums get built on immigrant soil in the early 20th century, in the slums, one even built on what everyone called “Pigs’ Field” because pigs were raised there and it smelled of their sh*t? Didn’t baseball mean gritty, cheap, elegant and crooked, rounded out by little kids’ dreams and Babe Ruth’s big cigars and hookers? 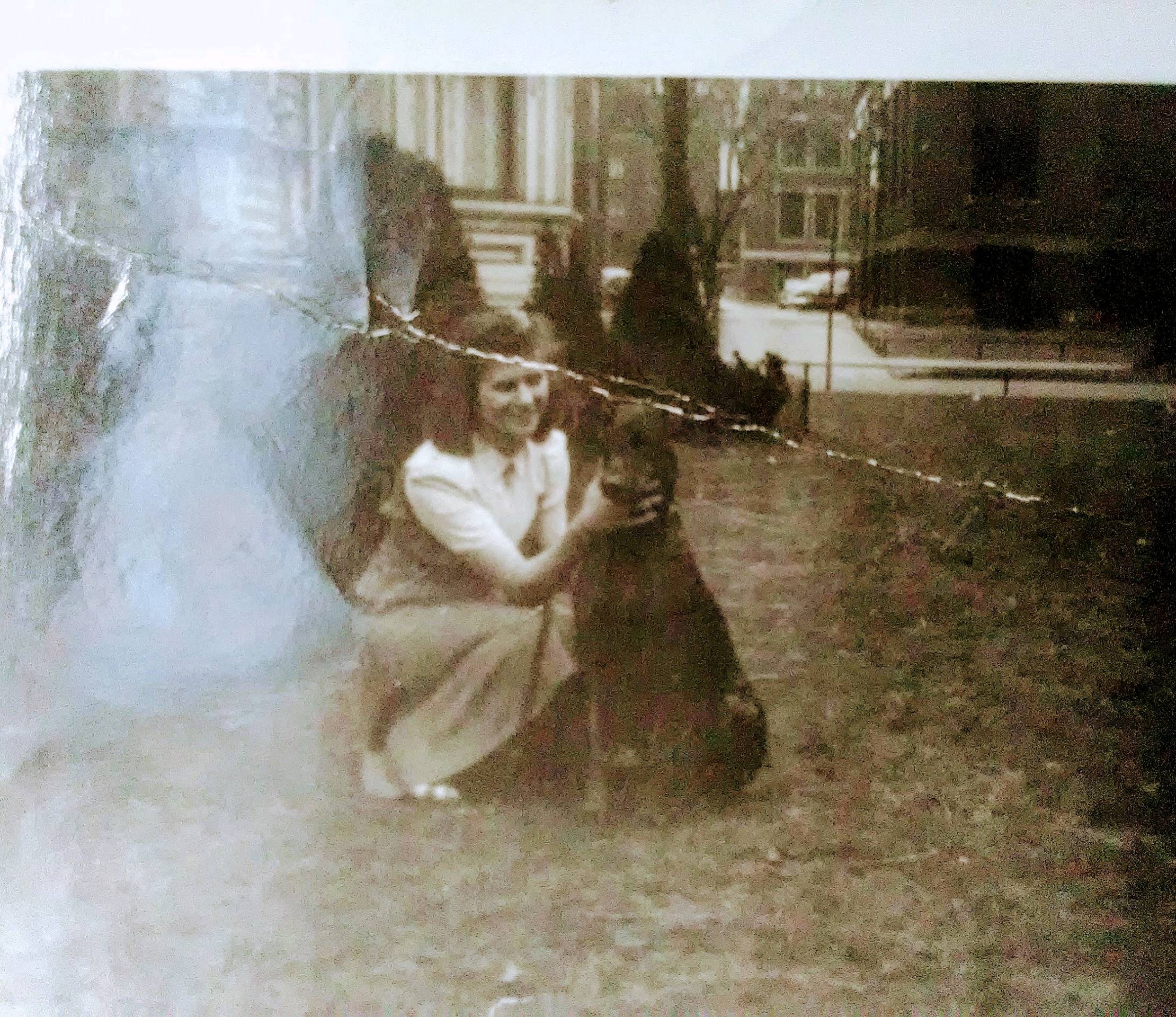 Ma in Springfield, at the Bishop’s house. She and her sisters talked the Bishop into buying them two Dobies. Here’s Ma with the beautiful “Rocky.”

My late mom, CECELIA, loved the Bambino, Ted Williams and Joltin’ Joe – she loved the great Popi, too. She listened to every Red Sox game on the big radio in the kitchen at the Bishop’s in the late 1930s/early 1940s – the Bishop of Springfield where she was a maid/cook with her two older sisters – farmed out at 14 1/2 years old during the Great Depression to make money to send home, to eat well and to have a roof over her head. Baseball got Ma through hard times – she would have the radio on broadcasting the game while she and her sisters, my aunts, washed scores of dinner pots, pans and dishes in the big kitchen, and the Bishop would call out from the dining room where he’d be polishing off the dessert my auntie had cooked special for him: WHO’S AHEAD, CECELIA?! He always asked my mom for the score – not my two aunts – because he knew my mom was obsessed with baseball. A skinny, 15-year-old girl from Green Island, away from home during the Great Depression when so many people had nothing, thousands living in tents in Hoovervilles, Ma lived in a beautiful rectory but missed her parents, school and neighborhood. So she read lots of baseball books … 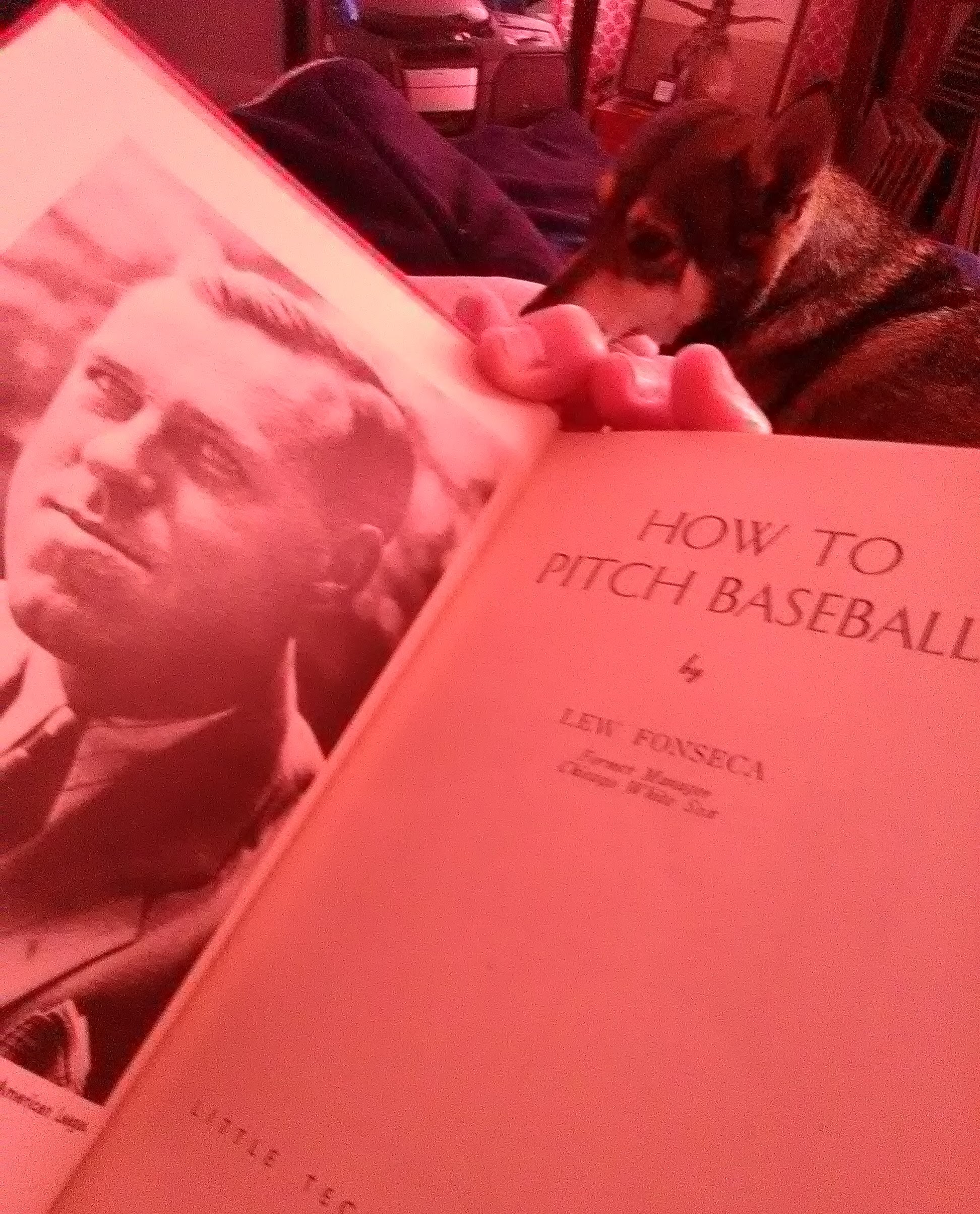 One of Ma’s baseball books.

… sketched with her number 2 pencil her baseball heroes swinging their bats, in uniform, on beige poster paper. She prayed for the Babe, she worshipped his spindly calves and loved his big barrel of a torso that those spindly calves carried home, again and again. For many years she had her favorite sketch on poster paper. I saw it when I was about 7 – Ma kept it in her closet, rolled up and secured with a thin rubber band. She was a good artist! As a teenager, Ma always wanted to go with her big brother Stan to Fenway Park to see the Red Sox play, but Stan never took her to a game – he went with the guys. When she was in her 80s, suffering from early dementia, Ma still wanted to go see a Red Sox game. My boyfriend at the time told me: Rose, we can’t do it. Wheelchairs, Depends … I agreed with him. We’d ask: How about the Tornadoes right here in town? She’d frown and wave us off angrily. “They’re not even Triple A,” she’d say. She still wanted to go see her beloved Red Sox, and I’d appease her with a “Maybe, next week, Ma” and she’d forget we made the promise. If Polar Park was around 10 years ago and Ma had told us: “I want to go see the Red Sox!” we would have bundled her up, packed up an extra seniors diaper or two, pulled out her wheelchair, gotten her into the car – and driven to Kelley Square, our old immigrant neighborhood. 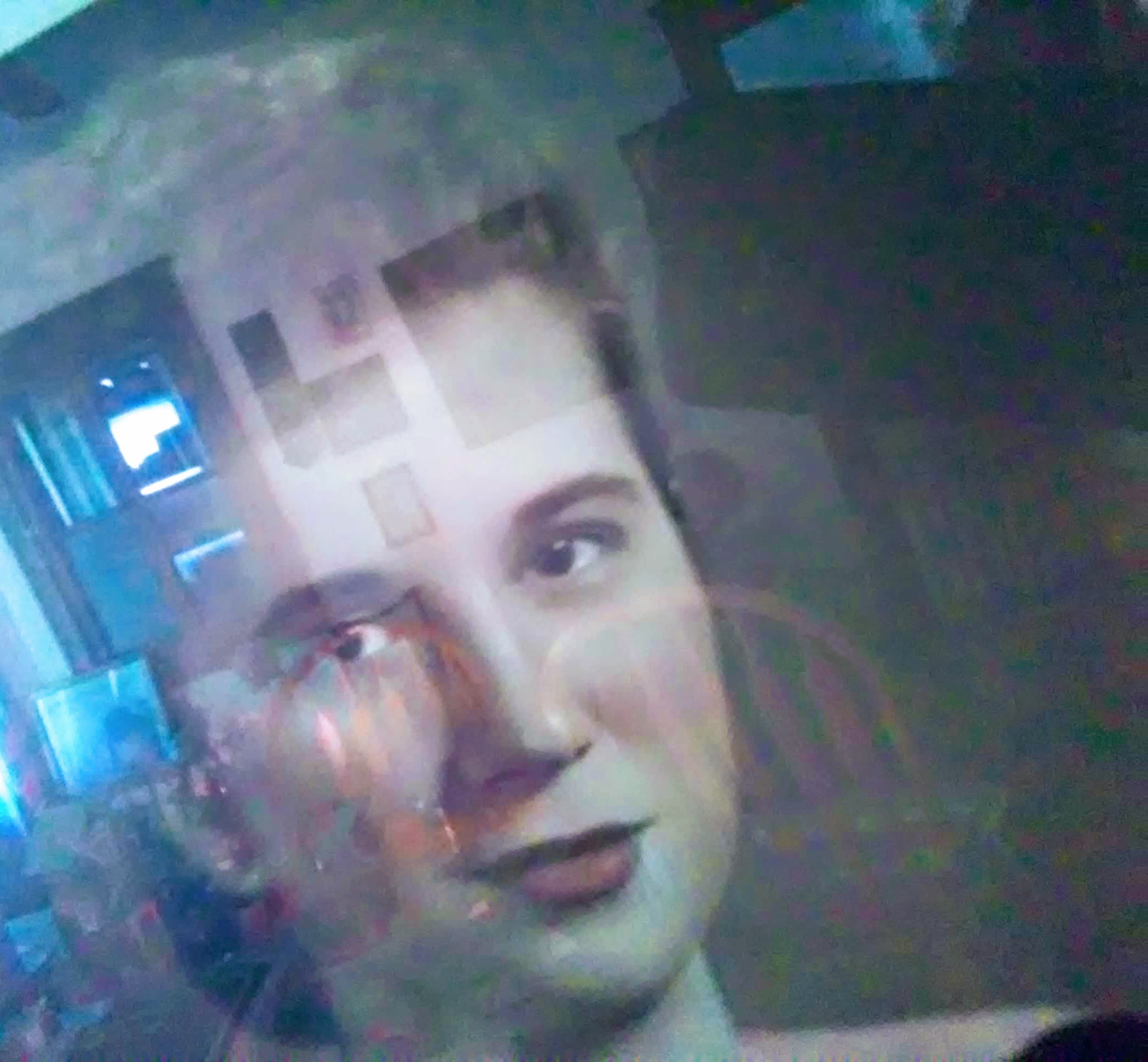