During these most UNEASY times I am rewatching the 1969 film EASY RIDER. 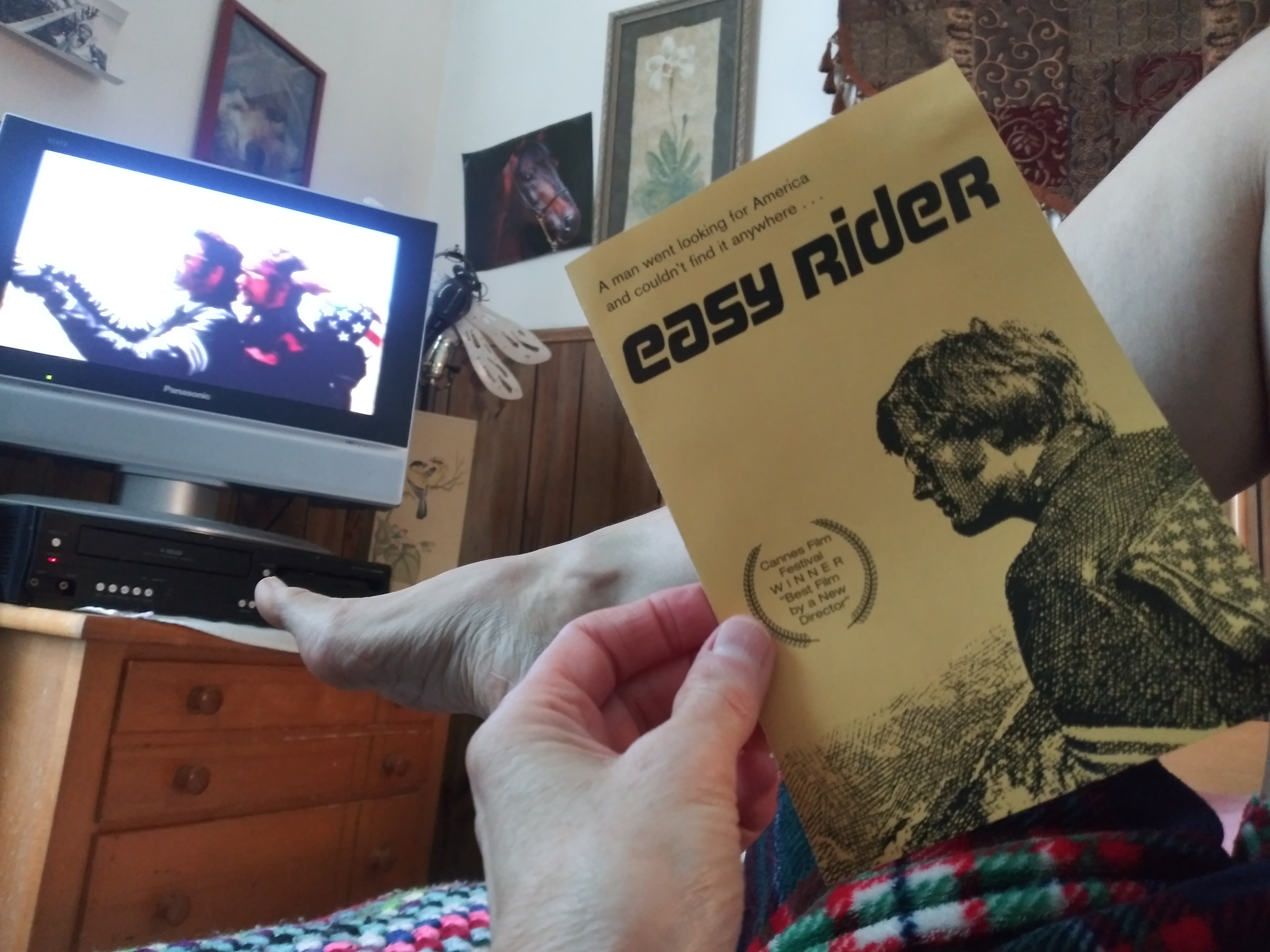 I first saw it when I was just 18 years old, years ago, as an undergrad at Main South’s Clark University, the same campus I saw THE HARDER THEY COME, starring Jimmy Cliff. I was blown away by The Harder They Come but felt Easy Rider was a kaleidoscope of stuff I couldn’t grasp. Loved the cool guys. Loved the cool music. Didn’t really “get” the movie.

Which is ironic, seeing I WAS RIDING ON THE BACK OF A MOTORCYCLE at that time. My “driver” a very cute guy pal of mine, five years older and into Cat Stevens. And I would drop out of college and move to a hippie commune in Vermont. And my Clarkie pals would buy tabs of “acid” and “drop” acid. And we slept with each other. Occasionally. Everything that’s in EASY RIDER! … I guess youth blinds you to your youngness.

So now I am watching the gorgeous Peter Fonda … 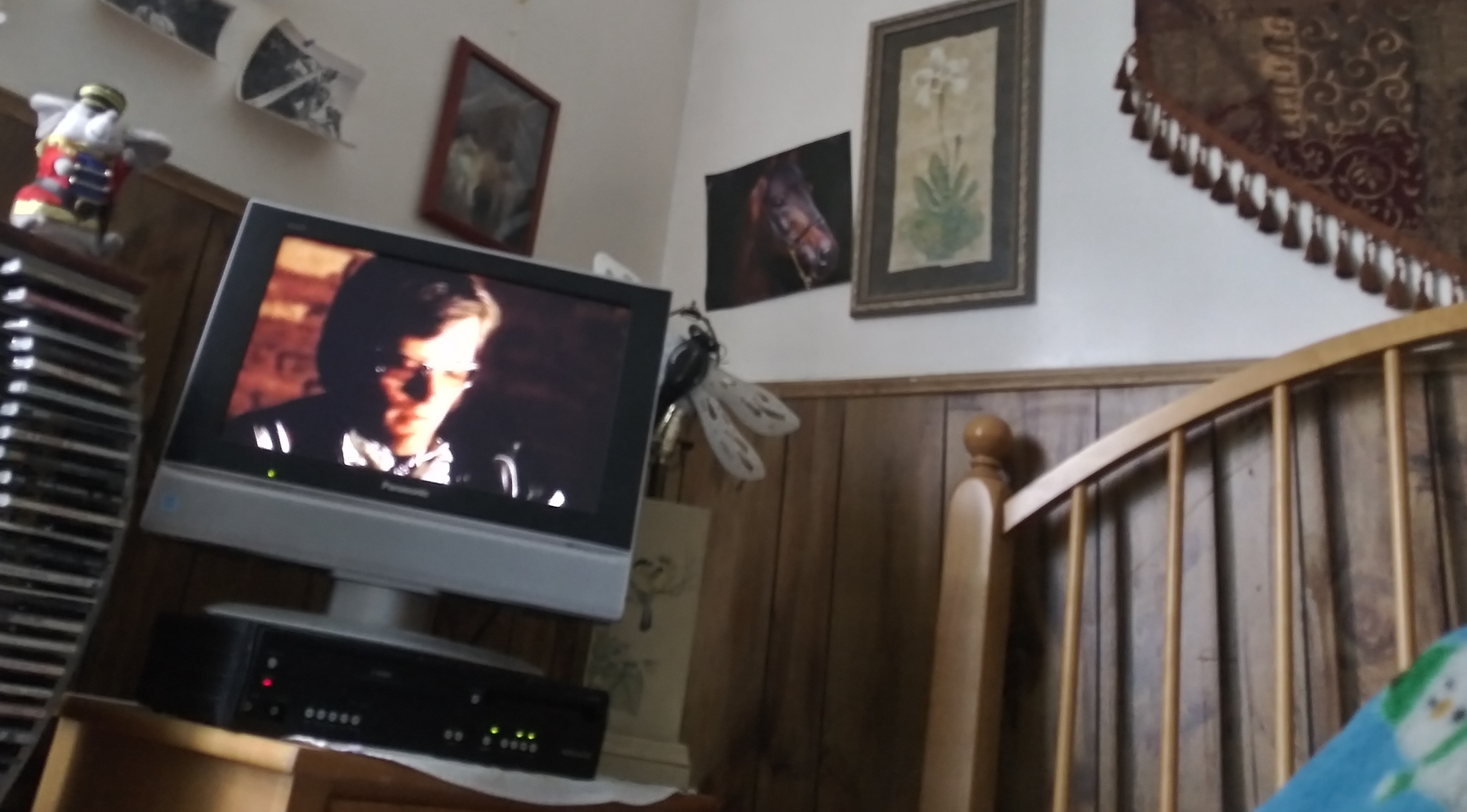 … and thinking about the pretty gorgeous guy I was holding tight, my crotch up against his butt, as we did loop da loops in the seven hills of Worcester in the late ’70s. And we zoomed down 290, too. It was on a brand new shiny brown Honda – 250 (I think) – my pal’s – the easy rider. A Woo guy in college by Boston, a hep cat who WAS a free spirit, a guy asking himself a ton of existential questions, a man who LOVED feeling FREE on the ROAD and having deep conversations.

I was always a bit nervous when we took those low turns on his bike, and I was not trying to be free or understand the meaning of life like he was trying to do. I just wanted to be with this smart, fun, cute guy and thought: HE’S TALL AND CUTE AND HE KISSES SO GREAT!!! So, I, a senior at Burncoat Senior High School, rode on the back of a Honda at 17 one summer. To my mother’s consternation. I rode with him a bit when I was 18 and 19, too, my mom, Cecelia, appalled. And utterly helpless. She was losing her little girl. Would her little girl lose her virginity to this slick college boy she didn’t much like? This was the beginning of Ma and I not saying much to each other. For about three years.

But my guy pal and I were never searching for AMERICA. We were going to Hampton Beach, necking and stroking each other’s private parts in the sand, on the grass, in the rain! Yes, three years later, I would move to that hippie commune in Vermont and become a vegetarian and wonder: WHAT IS THIS THING CALLED LIFE? Like right out of EASY RIDER. And today Peter Fonda reminded me of my pal when Fonda, at the beginning of the film, tells a poor hick motel owner living off the land with his beautiful Latina wife and their five little kids: “You’re doing your own thing, in your own time. You should be proud.” Today, you could say that about me and my choosing INCITY TIMES/CECELIA/writing for my life and, yes, feeling pretty FREE because of it. And proud.

Today my body is too old for mud and motorcycles. Still my spirit soars as I watch EASY RIDER and see so much more than when I was wearing my friend’s extra bike helmet and holding on tight to his sexy, sinewy abdomen. Today, the times are tumultuous but none of us, like the main characters in EASY RIDER, straddle our bikes and careen into America to make Mardi Gras, with thousands of dollars rolled into a long clear rubber tube snaked into the tear-drop gas tank of our motorcycle, which is painted in stars and stripes. After selling a ton of cocaine to … Phil Specter.

This is the beginning of EASY RIDER: Wyatt (Peter Fonda) and Billy (Dennis Hopper) are rich. Now they can be FREE.

But it is not how it all starts. The film actually revs its engine and roars into our cultural consciousness after the big drug deal. It is as if the director, Hopper, doesn’t want the tawdry scoring of drugs to interfere with THE EPIC ROAD TRIP, THE SIGHTS AND SOUNDS of a gorgeous NATURAL WORLD/America filled with very poor Americans, very prejudiced Americans and Americans – the young – who drop out of the mess, leave society to commune with nature and do their own thing: like start free communities where everyone lives “deliberately” and gathers together in big circles on the grass or beach to sing songs to the sun (we did just that on my Vermont commune), or drop acid (like my Clark boyfriend and his friends – my friends, too). … We looked grungy and didn’t wear deodorant, and we slept with each other (“just friends”) … and tried not to get caught up in the mess called capitalism.

That’s when the EPIC ’60s ROCK MUSIC – The Band, The Byrds, Jimi Hendrix – pours down on the guys in the movie (and us in the movie house) as they ride away from society and into this great and terrible country, the roads open, the opening credits rolling … Jack Nicholson meets them in a jail cell. He’s brilliant …