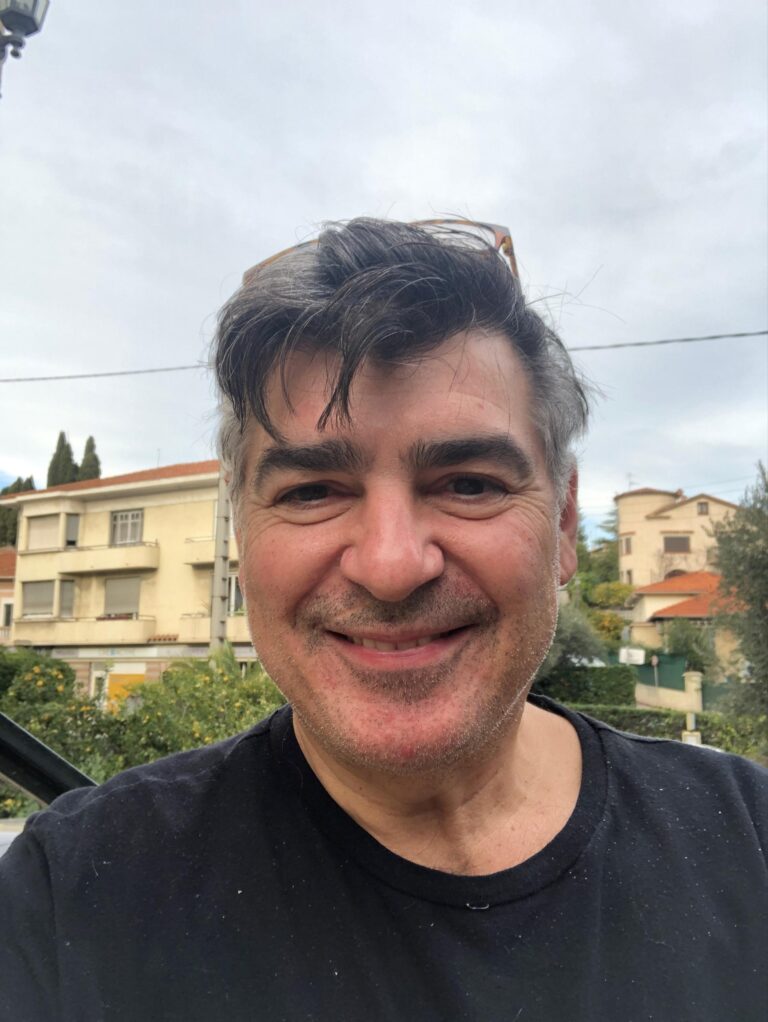 Picture yourself being born in a rural village in the middle of a county where your birth name is the name of the village. That’s because hundreds of your family had been extensive farmers.

A family of five girls and five boys with an age difference of 20 years, from the oldest to the youngest. World War I claimed the lives of four of the brothers; one was exempt from serving due to being cross-eyed. The girls all took turns working for the DuPont family in Paris. As nannies, the youngest should happen to meet her future husband who had immigrated by foot from Greece through former Yugoslavia, then lived in Italy and happened to start his own cobbler/ shoe manufacturing business in Paris. 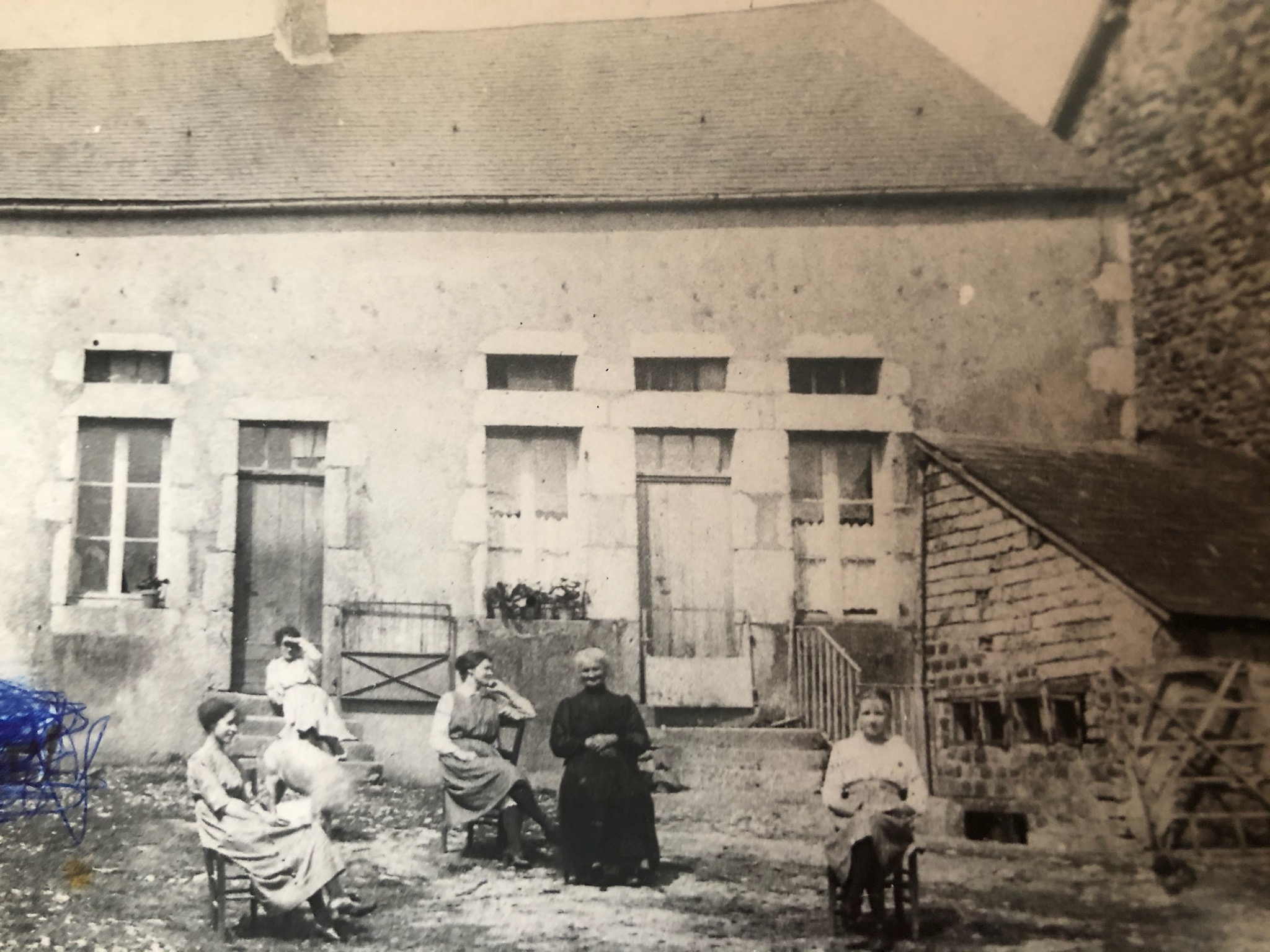 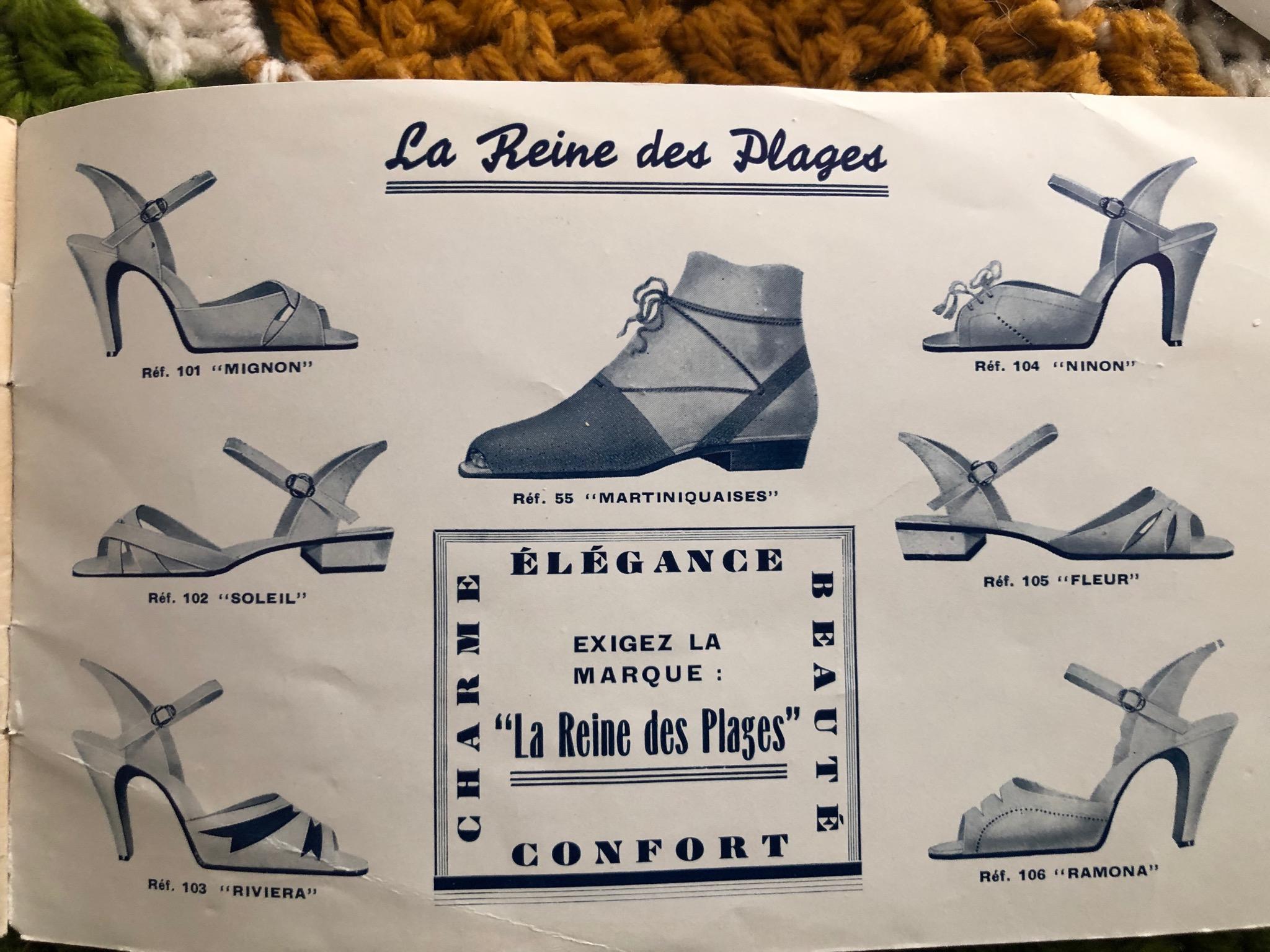 Chef Joey’s grandparents’ grand shoe business! They had a factory whose workers made many shoe styles.

Travelling by Metro, they were in opposite cars when their eyes met. Sounds like the beginning of a romance novel! But that is how my grandparents met! They started a family in 1928 with their first daughter – had another in 1930. 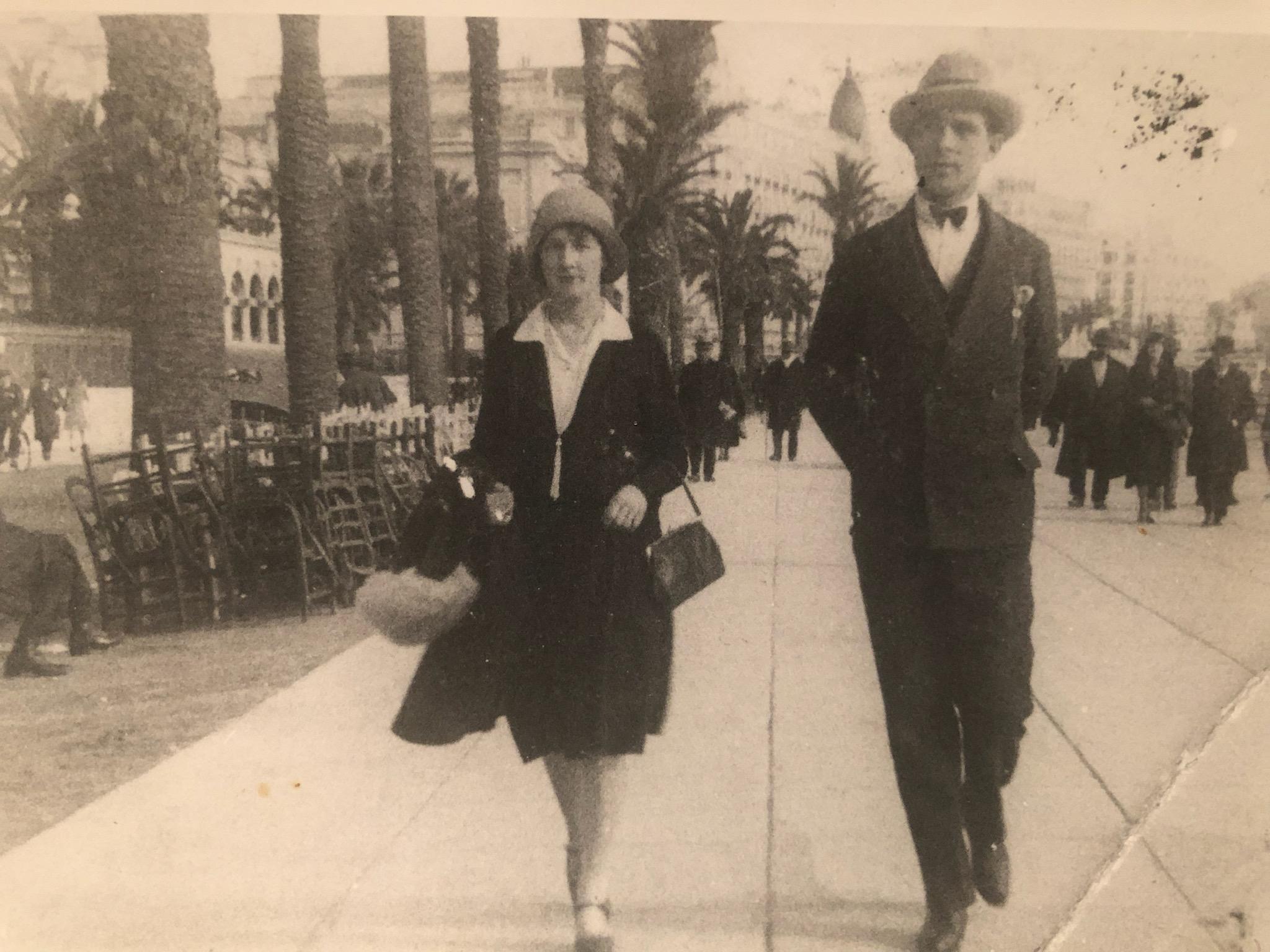 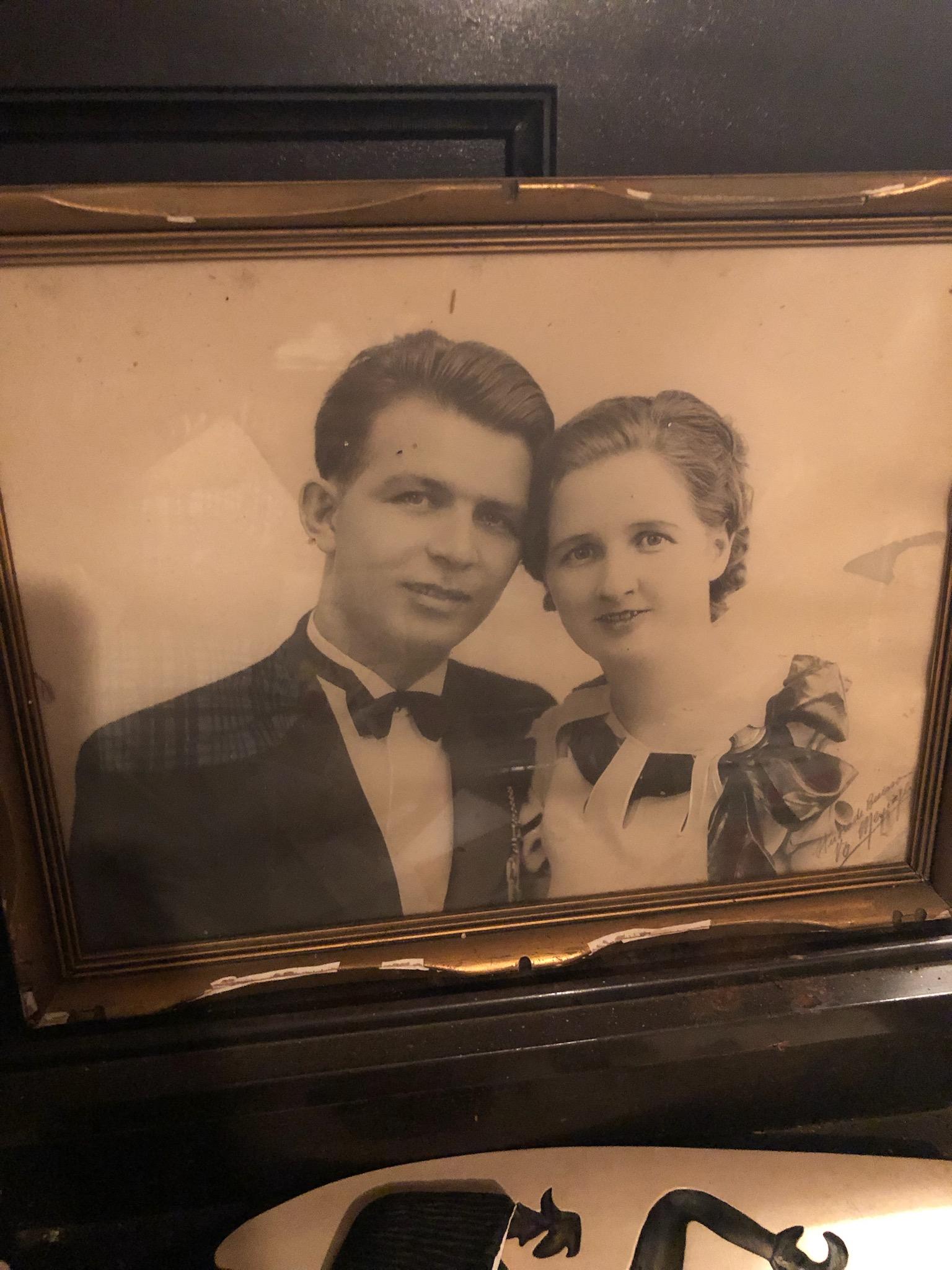 And because business was going so well, they moved to the South of France which was starting to boom. The birth of “La Reine des Plages” – a boutique store and an affordable line of comfortable and affordable shoes and, of course, custom shoes and bags that would rival any designer today. 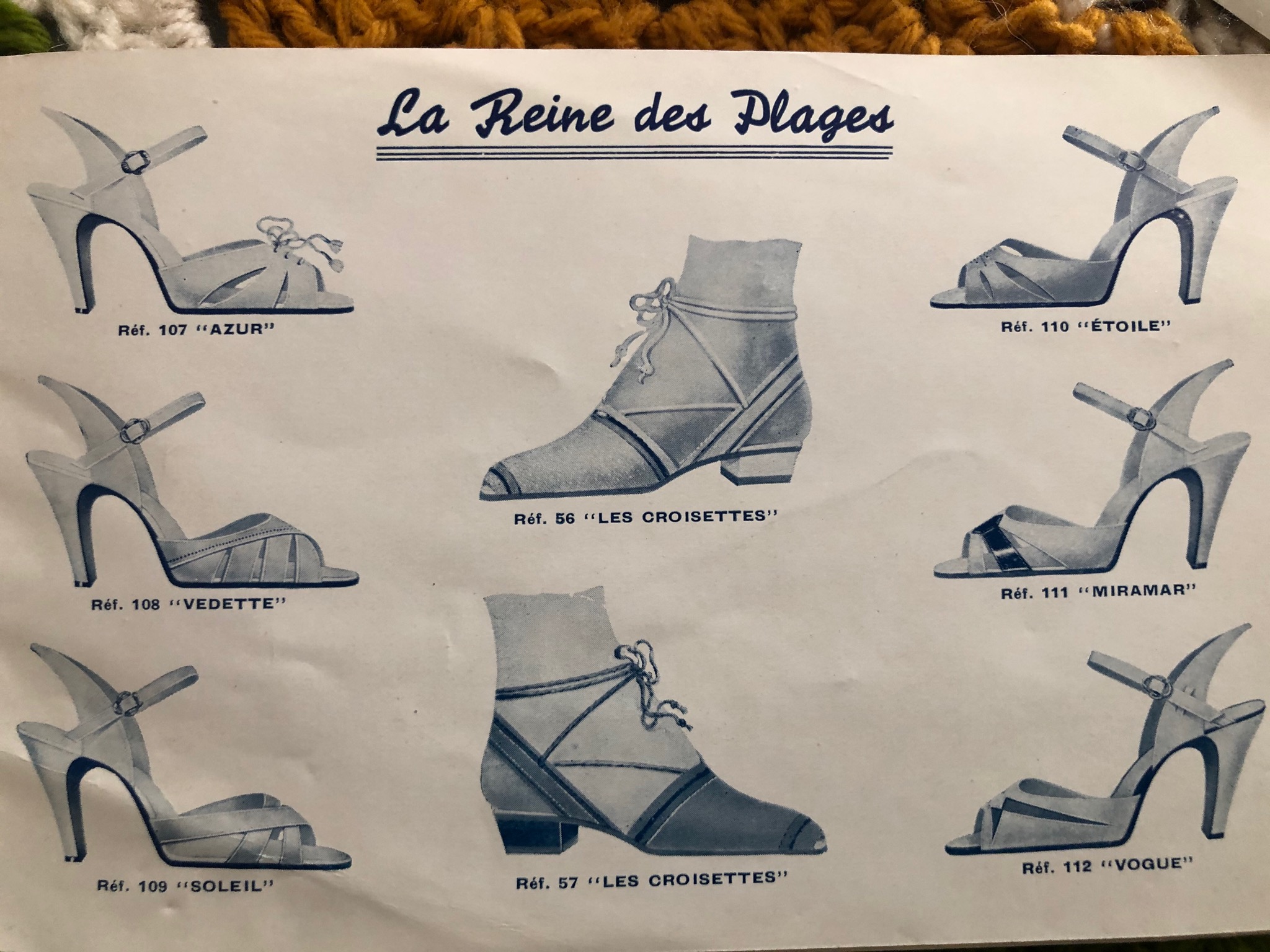 Bigger houses were built, bigger factories – nuisîmes was good. My grandfather went to the USA around 1939 to look for new materials to work with and, while in New York, he heard about a War starting, wired my grandmother and warned her. And told her to seek passage to the USA.

While they were building their new house, they lived in one that was behind the new factory building in Mougins. The Germans came – kicked them out and basically took over the place. My grandmother hid my grandfather’s Panhard, a French luxury vehicle. 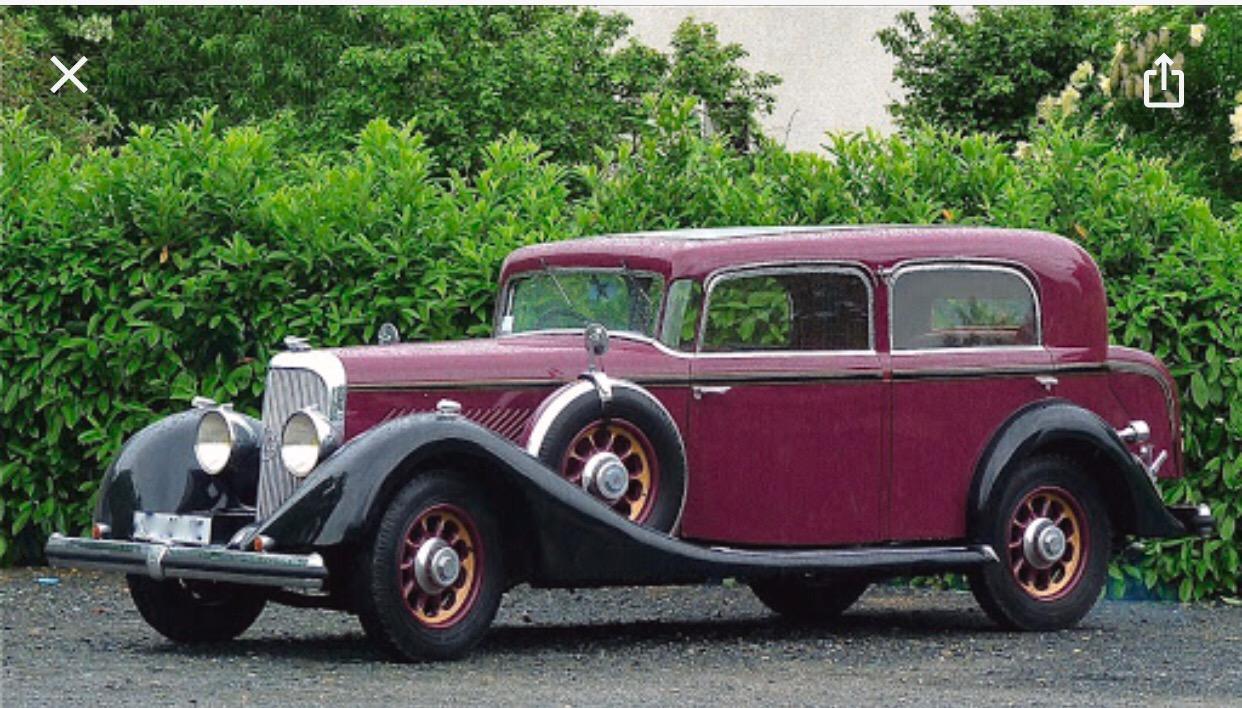 They took over the factory as the soldiers barracks, and my grandmother and now four children lived in the chicken house. Those farm-house roots are a good foundation for every situation!

The old factory, in the meantime, was making satchels for people to escape the Nazi’s clutches. People took thin leather, placed the dollar bills on top, then sewed another piece of leather on top, hiding the bills, pictures and stock certificates. They then put a liner in it so when the liner was torn out there was “nothing” hidden under the liner.

They also made shoes with hollow soles and heels and filled the gaps with sawdust so when they hid jewelry it would not make noise. My family was kind of the the underground cobbler for the fleeing Jewish families.

So my grandmothers, their sister Jeanne and her husband Pierre stayed and worked with the Germans keeping the five hectares in tact with the fruit trees farming, as that was their roots. And they tended to the store while my grandmother and her kids travelled to Portugal and then to New York on an Italian steamer.

My grandfather started a small grocery store, as the shoe market was saturated in NYC. Then they heard about Worcester. In 1942 the family made their way here, starting in Southbridge. They opened a small grocery store in Webster that my grand-dad later passed over to his sister, Olympia Pappas (Park and Shop) while he was starting his new American shoe company the “Ideal Slipper Company.”

While in New York, he learned about faux leather and took to making comfortable light weight slippers, and next thing you know they are the latest rage!! Sears Roebuck was one of their biggest customers, making every children’s sizes to match the parents’ slippers of any size.

From there the summer line turned into king Solomon Sandals, and those were pretty much all we wore growing up! 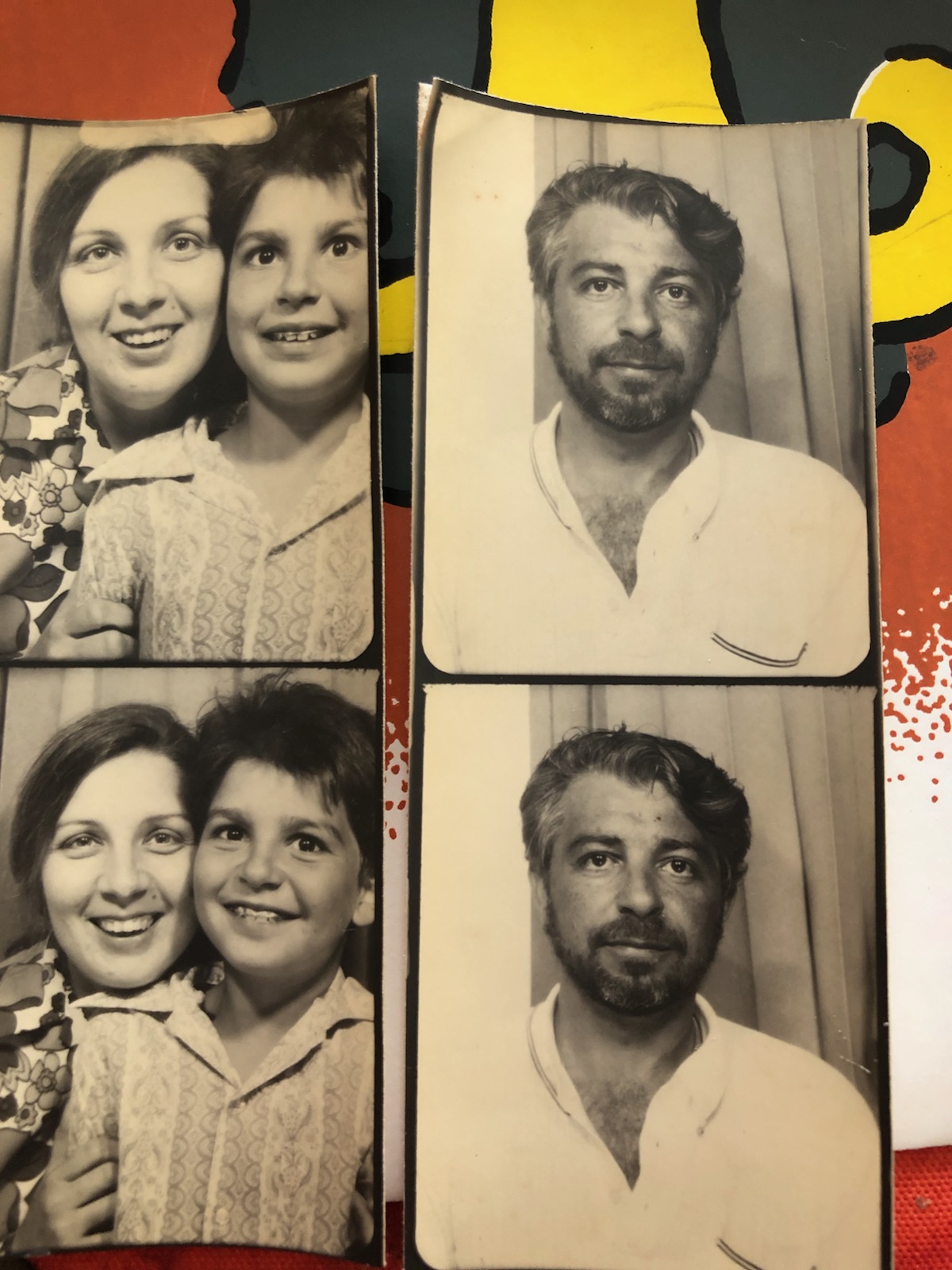 A little Chef Joey with his mom! His Dad on next photo strip. Doesn’t Joey look exactly like his pere?!

By 1970 Grandpa had called it quits. The show machines were sold to Russia, and he lived the remaining 24 years travelling back and forth to Greece France and Worcester. His village in Greece has a statue of him, and he is mentioned as a pioneer in the story of the village because of his business sense and the fact that he brought electricity to them as well! Also, fun to know: My grandfather was the person who put the now “Wingtip” shoes in style based on Apollo’s wings – being Greek -and farming shoes that had holes in them to let the water drain! Being once a farmer!

My grandmother spent seven years in the USA, learned the language and took her now fifth child back to France with my mother to tend to matters. Land had to be reclaimed, a building that was under construction pre-World War had to be sorted out. Life was getting back on track … then the highway sliced right through the middle of the property in the 1960s, the factory was sold in the mid-1970s and I, as a 12 year old, apprenticed in a delicatessen in Cannes that was once one of the shoe stores.

My grandparents lead man in the shoe manufacturing bought it for his wife, and she started the prepared food store that was open until 10 years ago after a 59 year run!

So, from farm to fortune for both of my grandparents! New worlds, new beginnings a couple of times, new languages (my grandfather spoke seven!) … NEW LIVES!