Photos taken yesterday, Green Street. Drove by my Sir Morgan’s Cove rock ‘n’ roll club for the last time. The wrecking ball slated to kill it this week. A victim, like me and all old Worcester, of gentrification. 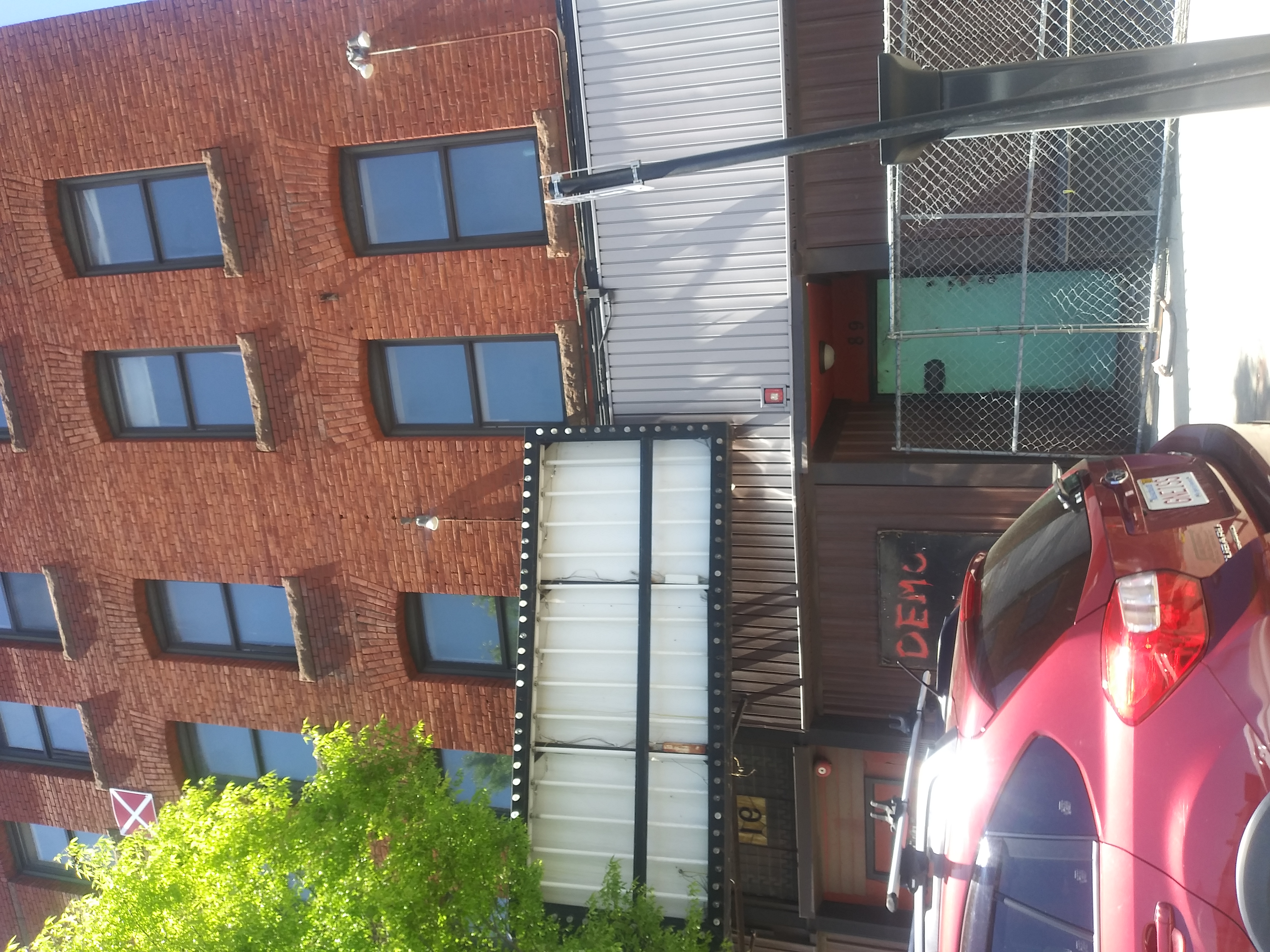 A sad few minutes as I looked, for the last time, at Sir Morgan’s blank marquee, its missing light bulbs, its maroon-painted facade, now the big X slapped over its windows: CONDEMNED. 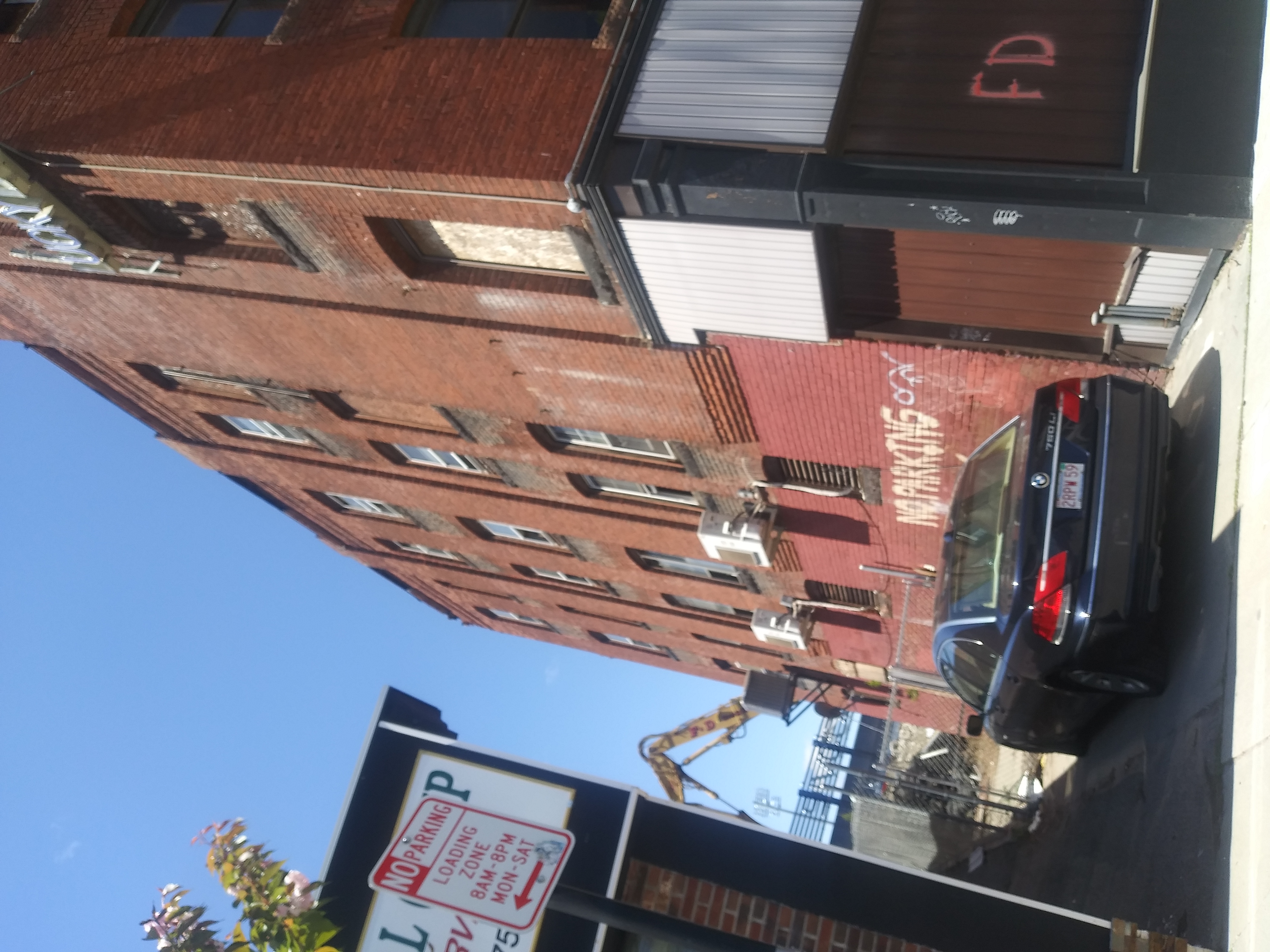 The culture’s changed: the clubs and live bands of my teen years and 20s used to be everywhere; not anymore. Even pre-pandemic, people stopped going to clubs for music and bands. Deaf to America’s sounds, history … each other. Da*ned un-American, if you ask me.

Green Island was once filled with music clubs and bars where you could hear every sort of ear candy: punk, new wave (the Odds at the X – last exit on Millbury Street), oldies acts (at Steeple Bumpsteds on Millbury Street), Polka bands (at the PNA and PNI on Lafayette and Millbury streets ) and, of course, ROCK at Sir Morgan’s, our neighborhood’s crown jewel. … A short drive and you’d be at the Aboody’s El Morroco on Grafton Hill, and jazz artists from all over America were in the room to the left, in their suits, playing for people at tables drinking gin and tonics, grooving to the music from their chairs, a couple dancing close together just a few feet in front of the sax man, the stage light glinting off his sax. Magic time.

El Owner Joe Aboody would invite you into the El’s pristine kitchen (he was a friend of my mom’s) and lay out quite the spread on the little table for us, free and fresh: the El’s hummus, tabouli, stuffed grape leaves and Syrian bread. Joe, then Richy Aboody, would chat you up – making you feel special: How’s your mother? Have some more hummus! … The old Worcester. The heart of a city …

No, I didn’t see the Rolling Stones at Sir Morgan’s Cove, but a friend called me from Sir Morgan’s that day: YOU GOTTA COME DOWN, ROSE! I’M STARING AT MICK JAGGER! … I didn’t go. If it were the Beatles…I was a Beatles girl.

But I did see jazz great Buddy Rich at Sir Morgan’s. Decades ago. We sat four yards away from him, us young and him old – a skinny old guy wearing a toupee but still swinging and swiping at his kit with might – you could see his sinewy biceps …and his ecstasy…in a place we could never be.

All gone now. Sir Morgan’s. Buddy Rich beneath the stage lights. Buddy’s wide, toothy smile and how he closed his eyes as he played on that little stage, the sweat trickling down his temples, his toothy smile so wide and beautiful.