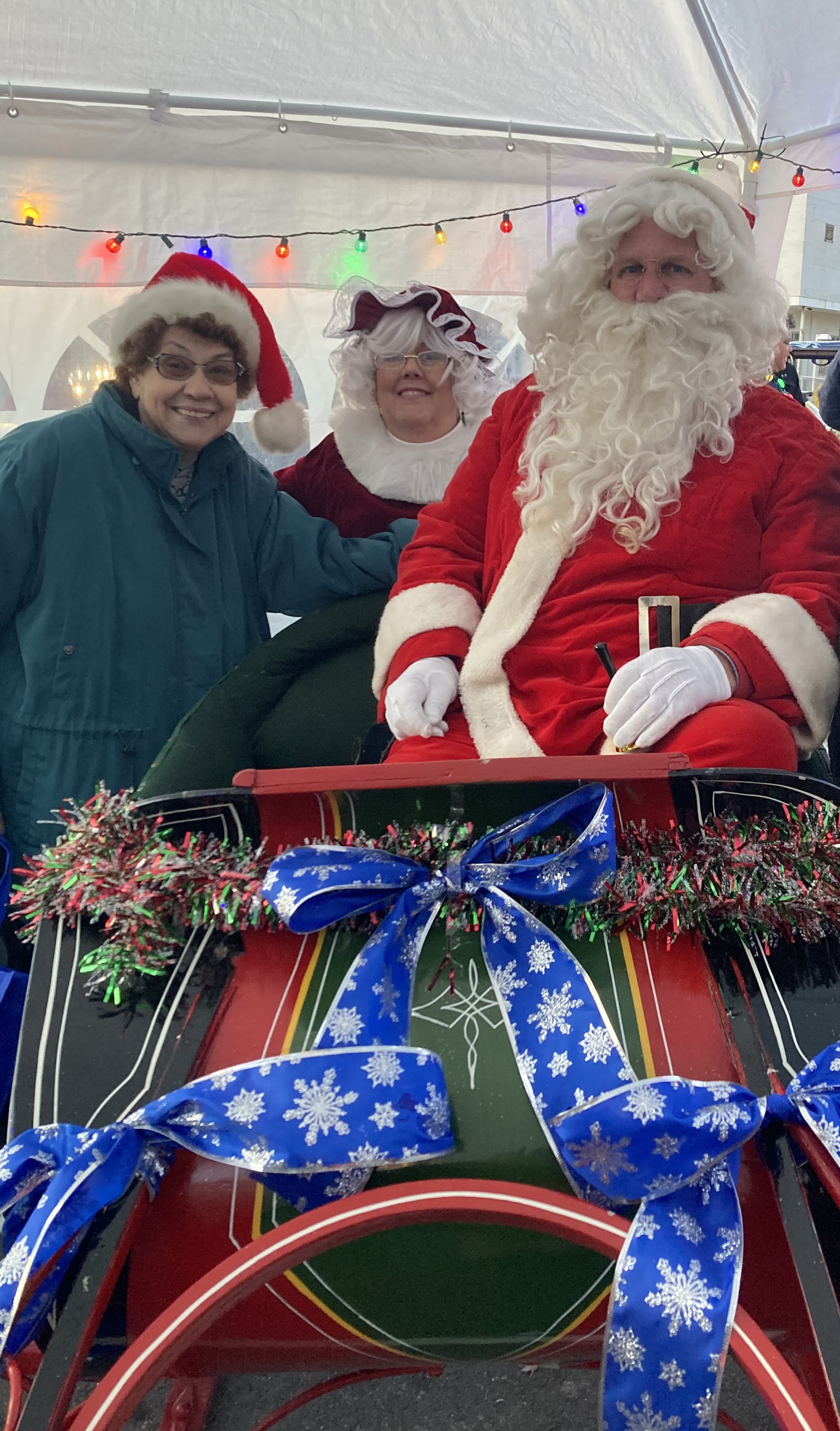 Santa Claus came early to Green Island. The occasion was the 34th Kelley Square Tree Lighting and the 2nd Extravaganza! held on Saturday, December 4. Santa arrived shortly after 2 p.m, accompanied by Mrs. Santa Claus and, of course, by some of his elves.

The festivities were centered right near Kelley Square and included tables with snacks, non- alcoholic beverages, raffles, giveaways and music. Favorites were the Table Talk Pies and the Kelley Square Pizzas. Sports and business mascots circulated amongst the crowd of more than 200 people and were happy to pose for a picture or two.

The busiest activity was the photo-ops with Mr. and Mrs. Santa in a beautiful sleigh sent down from the North Pole for the occasion. Both young and not-so- young smiled brightly as they had their picture taken with the famous couple and received a candy cane from Santa.

Music was in the air and, as the clock’s hands gradually approached 5 p.m, the crowd headed for the traffic PEANUT where the Kelley Square Christmas Tree resides. People were safely crossed by members of the Worcester Police Department. Holiday greetings were given by Lorraine Laurie, Chairperson of the Green Island Residents Group, Inc., City Manager Edward Augustus, State Rep. Dan Donahue, State Senator Michael Moore and Worcester City Councilors Candy Mero-Carlson and Kate Toomey. Dr. Charles Steinberg, owner of the WooSox, was introduced.

Longtime Worcester community activist and booster Ernie Floyd led the count down, and just like that the lights were turned on at the “new Christmas tree” in the Kelley Square Peanut!!

Thanks to the Green Island Residents Group, the WPD and local businesses for making the eve merry and bright!

And, as Santa says, “Merry Christmas to all, and I’ll see you next year at Kelley Square!” 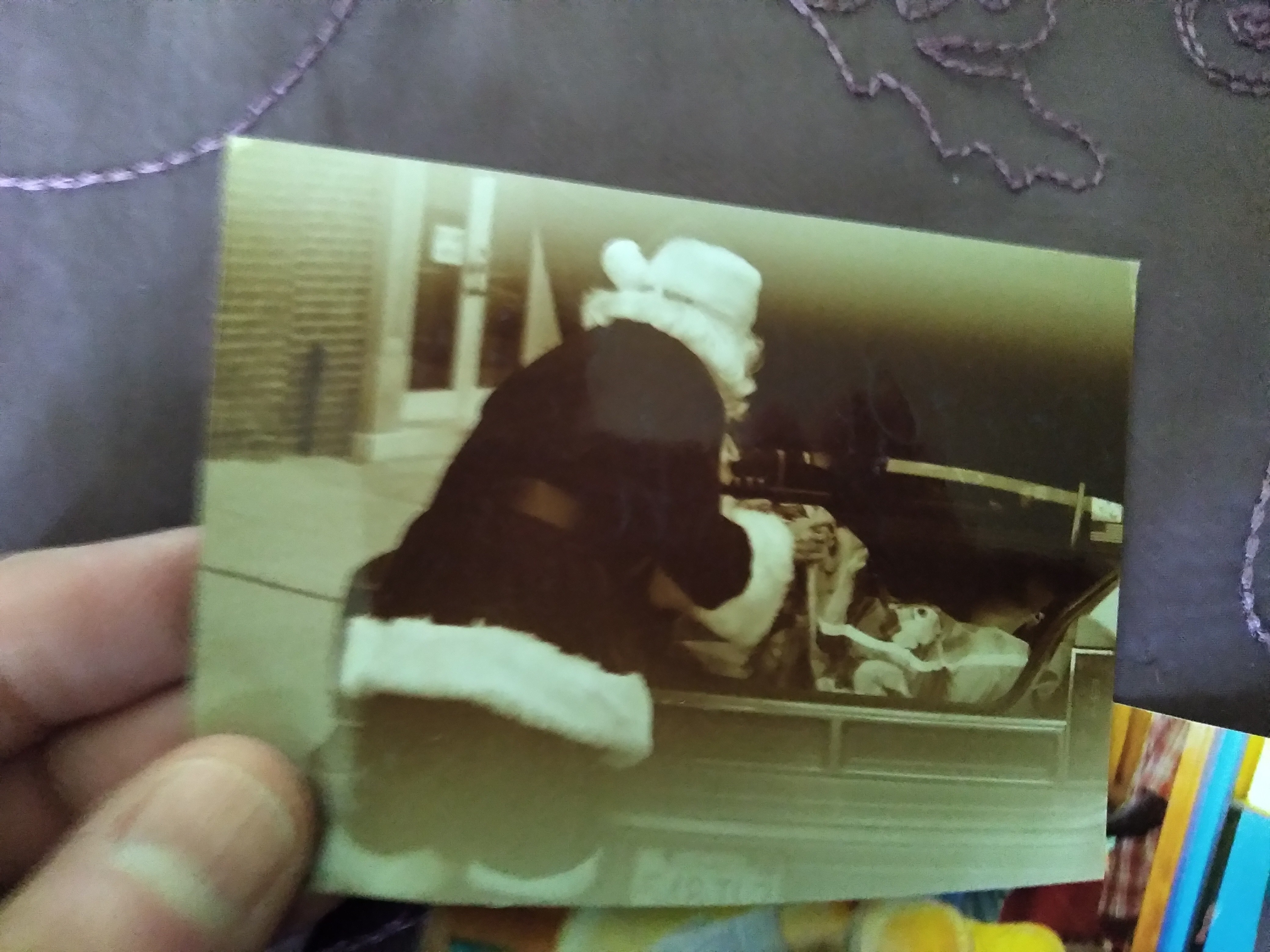 And this Christmas we remember the late Tony Hmura, born and bred in Green Island, and Worcester’s “Polish Santa.” Here he is, years back, loading up his “sleigh” with toys to give out to the kids of South Worcester. Miss you, Tony!💚🦌🎅 photo: Rose T.