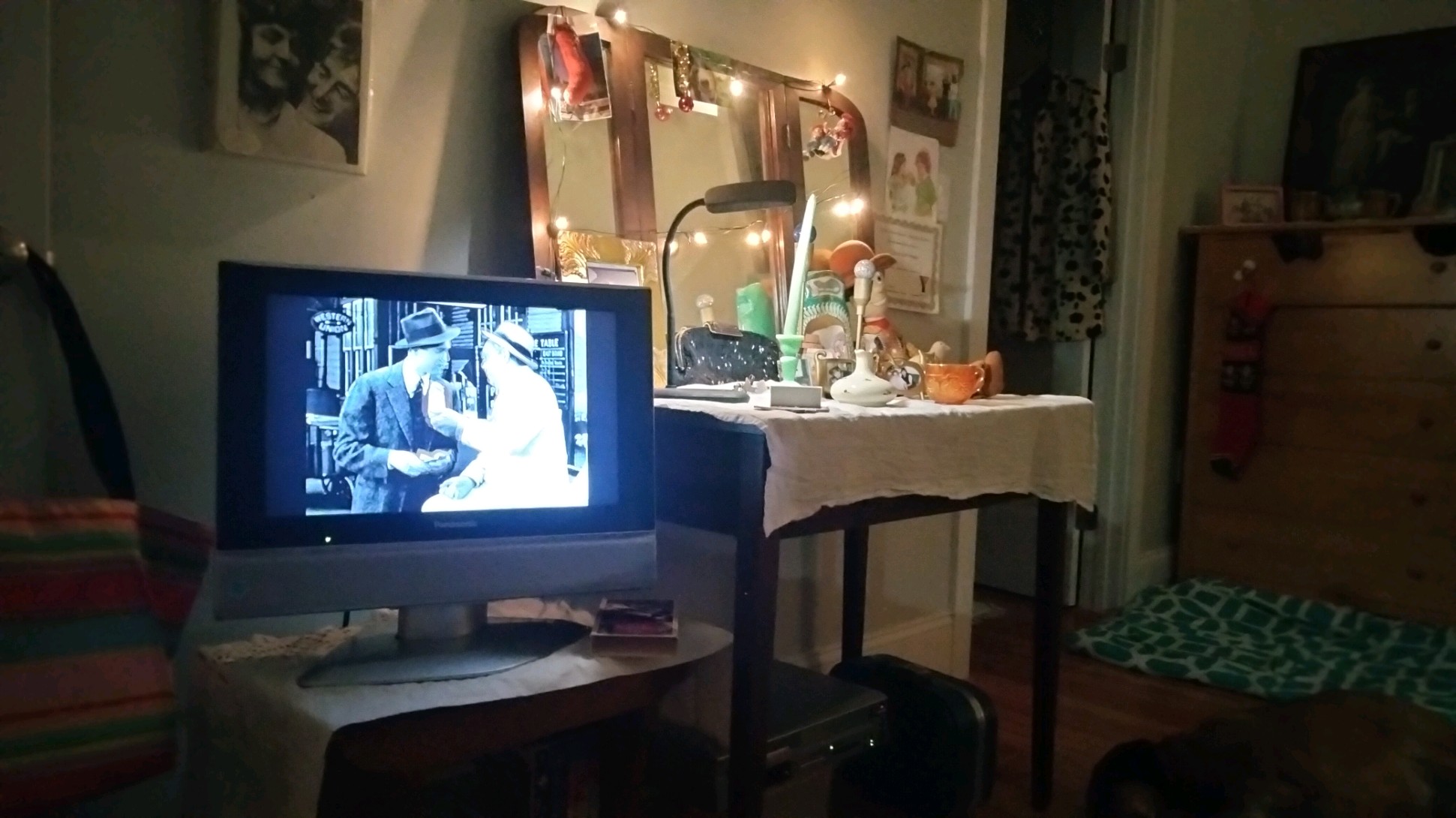 I watched the classic IT’S A WONDERFUL LIFE last night. It’s been a few years since I “screened” it in my digs. I forgot just how great – as in without peers! – this film is! For a while ELF was my go to Christmas gem, but after last night, there was no comparing! Beautiful story. Warm and quirky touches. OUTSTANDING REAL ACTING. Ward Bond. That terrific Irish American character actor. Donna Reed. Frank Capra directing. Best of all: James Stewart. It was after World War I I and Stewart was a hero, had flown bomber planes for the US military. Led a bunch of guys – including Worcester’s Tony Hmura! But the war had taken its toll: Stewart had had a nervous breakdown and Hollywood wondered what his new roles would be. He could no longer be the charming, handsome, young romantic lead. He was older now, beaten-down looking. A war hero with the emotional scars that come with it.

Then comes IT’S A WONDERFUL LIFE, and everything that made Jimmy Stewart Jimmy Stewart at that moment rose up to the tippity top of his soul – all his fears, loves, knowledge, world weariness…
All this seen in Stewart’s face and body language, especially in the second half of the movie, when George Bailey’s (Stewart’s) guardian angel makes him non-existent. George was driving to the falls to jump off the bridge and kill himself because Uncle Billy misplaced their bank’s $8,000. He wanted to escape jail, loss of status, maybe even his wife and kids. So poof! Clarence his guardian angel appeared and saved him by showing George what life would look like if he had never been born. Clarence guides him thru the consequences. George sees what his small town would be without him. It is a surreal, intense experience! Not cutesy at all! Mr. Gower, the drugstore owner, is a homeless alcoholic. George’s mother is cruel and hard from running a boarding house to survive. Uncle Billy’s in an insane asylum. And Mary is alone, never married, never had kids and a family. George sees all the losses, the missed moments, the ripples of love he created thru all his good deeds that he never gave a second thought about BUT THAT NEVER HAPPENED! He was a good man! The close up of George’s face when he realizes he was never married to his lady love – Mary…Guy wrenching, terrifying. A deep deep close up of Stewart’s exhausted face is too much to bear! George had already seen his kid brother’s gravestone, Mr. Gower’s alcoholism and homelessness, his mother’s bitterness, his town’s metamorphosis: from postcard cute to rough, poor, dumpy and filled with whores of all kinds …is too much. His cute town owned and operated by the evil Mr. Potter! Because George wasn’t there to be the light in the darkness!

To see George’s face when he awakens from this nightmare! YES!!!HE’S ALIVE! HE IS HOME! WIFE, KIDS, UNCLE BILLY, MA, BAILEY’S BUILDING AND LOAN, SWEET OLD BEDFORD FALLS!! All there! YES!! George leaps into the winter air! He runs down Main Street, all decked out for Christmas, waving and shouting to all the mom and pop shoppes – and the Bijou movie house! Stewart is tall and lanky and athletic…so he looks very beautiful. He slides to a halt to hug Ernie the cop or to pat his old jalopy, the one he crashed into a tree, all the while yelling MERRY CHRISTMAS! MERRY CHRISTMAS! to everybody!

An ordinary guy living in a small American town having a religious experience. LOVE = CHRISTMAS!

What wouldn’t “be” if you weren’t embodied in your you-ness?

Gone from Worcester, planet earth? Poof! Like magic! What good deeds, kind words, rescues – great and small – would disappear from the universe? Forever! Who would be left … alone, bereft, lost, hungry, homeless? If you’re a teacher or nurse or fireman…you know the answer. But what about you captains of industry and chamber of commerce types? What would Your IT’S A WONDERFUL LIFE look like? What would your Worcester neighborhood, Worcester County town or city look like sans YOU?

Living in a car for seven months changes you! Looking up at the night sky, purplish and star-less, staring at it all from my car windshield!!, I sometimes thought: What if? What is the point of ME? Look at me! In a car! At Christmas!!! But then Jett and Lilac and the morning birdsong and the fresh new day made me … happy! Nature and animals drew me back into life, and I would think: my pups need me! It’s beautiful outside! Let’s run the dogs and buy a fresh cup of coffee at McDonald’s and work the problem. And the people and streets of my hometown made me feel happy!

I was lucky. I had a car – and friends who saved me in snow storms and heat waves. But many homeless folks don’t have that – they depend on their town or city for shelter and compassion. This Christmas all the churches in Worcester – except one – said NO to housing our homeless folks during the coldest months of the year. NO the pastors told the mayor and city manager, they couldn’t make room for the poor in their church community rooms or buildings or even church basements. Father John Madden at St. John’s Church on Temple Street did so for many years – the City’s guardian angel – but this winter new needs sprung up in Worcester (mostly a housing crisis, coupled with COVID) – and our churches, houses of God, said: No room at the Inn!

What would George Bailey have done?