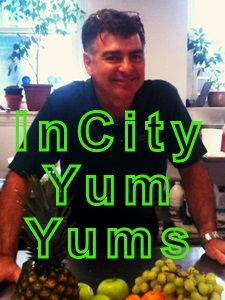 Text and recipe by Chef Joey

Here is another interesting point about St. Patrick: His colors were blue! If you google “Saint Patrick,” you will soon discover his name is associated with several shades of the color blue. It was called the “Anglo-Irish Order of Saint Patrick.” Often referred to as sky blue. As it progressed in Ireland, it got darker and darker, becoming a dark rich blue that still shows in symbols of the state. However, it has morphed into green, now being the usual – but not official, mind you – color of Ireland.

Immigration does strange things to traditions, local availability, color blindness and tastier items. Let’s take corned beef and cabbage, a nice, boiled St. Patrick’s Day dinner… It’s not Irish! Traditionally, it was bacon and cabbage, as bacon was readily available. “Bacon” in England and Ireland is much leaner and more ham-like than what we have here for breakfast. It’s the same back flesh, just cut differently. The meat was readily available, as many people had farms and raised livestock, and the vegetables were usually grown as well. It was, and still is, a tasty meal, originally made with onions, turnips and carrots. Occasionally, they would use smoked bacon. What is completely different, is they would make a roux, or a white sauce made with the broth, flour, butter, milk and usually parsley.

So let’s get back to the immigration part of my story. The mid to late 19th century is the traceable origins of using corned beef to bacon, and the addition of cabbage. Like the original, it does include veggies, especially potatoes and carrots, and somehow also became known as the “New England Boiled Dinner.” Substitute a ham for corned beef and you’ve got yourself a Jigs dinner, a traditional Sunday feast in Newfoundland, Labrador and Canada.

So here is the real kicker: During Lent many people became vegetarians as tradition required. Realistically, because it was a growing season for seedlings and animals and was basically to make the ignorant let everything grow and, since you could get drunk on the 17th, who wants to take a spring lamb to slaughter? So rhymes like “Pease porridge hot, Pease porridge cold, Pease porridge in the pot nine days old!” came about.

Pease is plural for pea! Pea soup or “Pease porridge” is a low-cost and high-protein food, easily made from easily stored dried peas, and it was “Green.” Usually, boiled with salt pork or ham, it was the ideal food for sailors – and the origin of today’s ham and pea soup.

So getting back to immigration yet again, “Pease” was substituted in the new world by potatoes! Back in the “Old Country” they still eat mushy peas as a side dish with fish and “chips,” as well as with meat pies.

Peas go back to 400 BC with Greeks and Romans cultivating them. Hot pea soup was a staple of vendors on the streets of Athens back then – basic, inexpensive and unlike what we consume today extremely nutritious and full of protein and fiber. You can make these soups for less than $5 and feed 8 people. When I was a kid, my mother frequently made these soups and tossed in cubed kielbasa, hot dogs or any kind of meat as a supplement and it was often all we had for dinner. It is all we needed. She added other veggies, so it was a complete meal!

I leave you with a vegan pea (really Pease) soup recipe. Add meat, tofu, beans – whatever you want – because remember this stuff is the best! There was no fast food, just healthy food, which, ironically, is the focus of losing weight.

In a large pot, cover peas with 2 quarts cold water and soak overnight.

If you need to make a quick soup, just boil the peas for 2 minutes and then soak for l hour.

Once your peas are soaked, add all the other ingredients.

Bring to a boil and then simmer for an hour.

If you want to be decadent, sauté the onions in butter. Add your veggies – sauté for a few minutes. Then add the rest of the ingredients and cook – a whole different dimension of flavor!