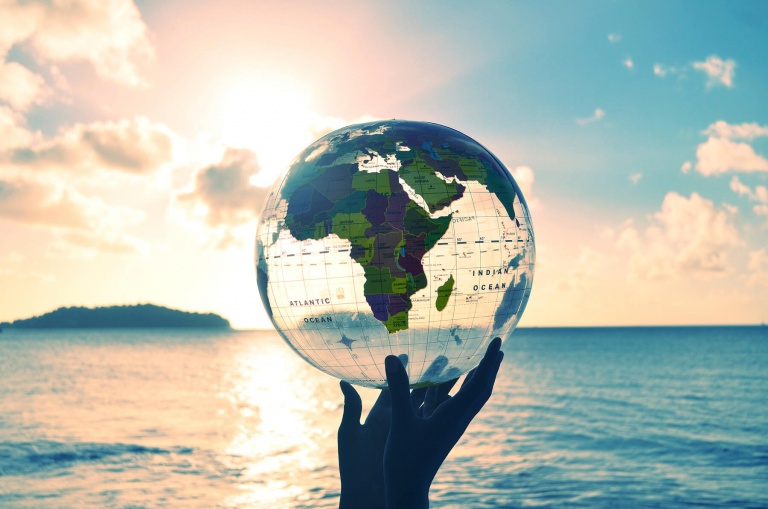 In the past, eating green foods for St. Patrick’s Day meant eating green-colored mashed potatoes and cabbage alongside a hunk of ham or corned beef—and a bottomless mug of green beer. Now, there’s more to eating green than just using food coloring. If you want to eat “green”—on St. Paddy’s Day and all year round—you should choose “green” vegan foods. I’m not just talking about spinach, broccoli, and lima beans, either. I’m talking about veggie burgers, pasta primavera, hummus wraps, potato croquettes, vegetable curry, and other tasty vegan foods. Not only are they humane and healthy, they’re also easier on the environment.

Consider the following 17 reasons to ditch the smoked neck and opt for smoky vegan sausage instead:

A Worldwatch Institute report shows that a staggering 51 percent or more of global greenhouse-gas emissions are caused by animal agriculture.

According to National Geographic, the average vegan indirectly consumes nearly 600 gallons of water a day less than someone who eats the typical American diet.

An Oxford University study suggests that meat-eaters are responsible for almost twice as many dietary greenhouse-gas emissions per day as vegetarians and about two-and-a-half times as many as vegans.

According to the Pew Environment Group, the 523 million chickens raised and killed each year in Delaware and Maryland alone generate enough waste to fill the dome of the U.S. Capitol about 50 times, or almost once a week. The manure is sprayed on fields and often seeps into our waterways.

The 10 million hogs in North Carolina alone produce as much fecal waste in a day as 100 million humans.

Researchers from UC-Riverside say that cooking just one charbroiled burger causes as much pollution as driving an 18-wheeler for 143 miles.

Animals raised for food consume the majority of the water in the U.S. Just one pig consumes 21 gallons of drinking water per day, while each cow on a dairy farm drinks as much as 50 gallons a day.

The Environmental Working Group says that every 2.2 pounds of canned tuna produces 13.4 pounds of greenhouse gases.

Scientists at the Smithsonian Institution estimate that seven football fields’ worth of land is bulldozed every minute to create more room for farmed animals and the crops that feed them.

The sheer number of farmed animals killed for food in the U.S. alone—approximately 9 billion cows, pigs, chickens, and turkeys a year—makes it impossible to raise them all on small organic farms.

The United Nations has said that a global shift toward a vegan diet is vital if we’re to alleviate world hunger, conserve fossil fuels, stop forest destruction, and combat climate change.

By going vegan, you’ll help save not only the environment but also the lives of many animals. Oh, and if you want to enjoy some green beer on St. Patrick’s Day, there are countless vegan options. It’s fine to get out the food coloring for those.