Or will it be the same-old-same-old?

Here at 29 Elm St., Spencer, my landlord Brydi Riccard’s girlfriend (they live here), across the way … 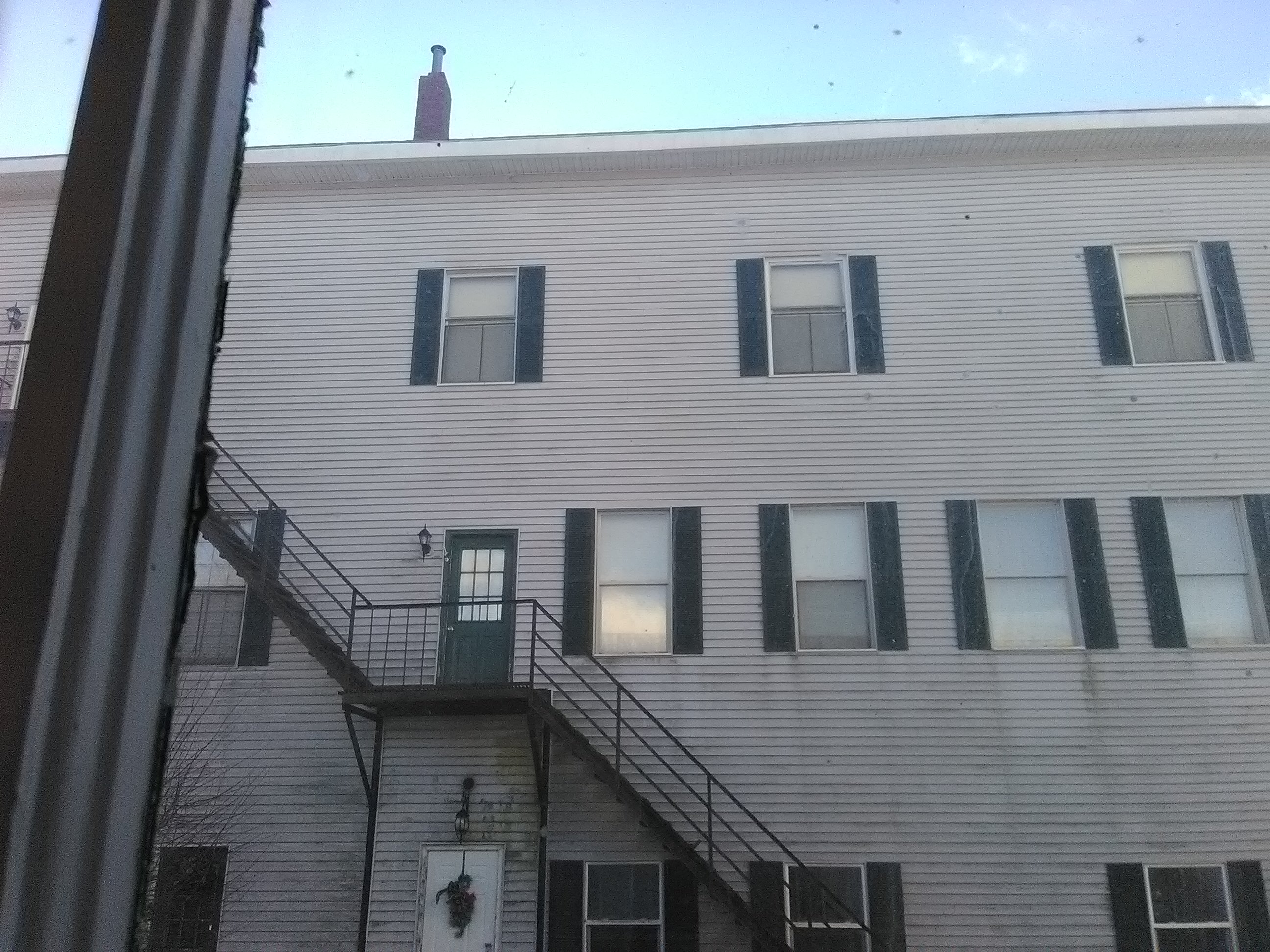 … is banging on my front door as I write this … 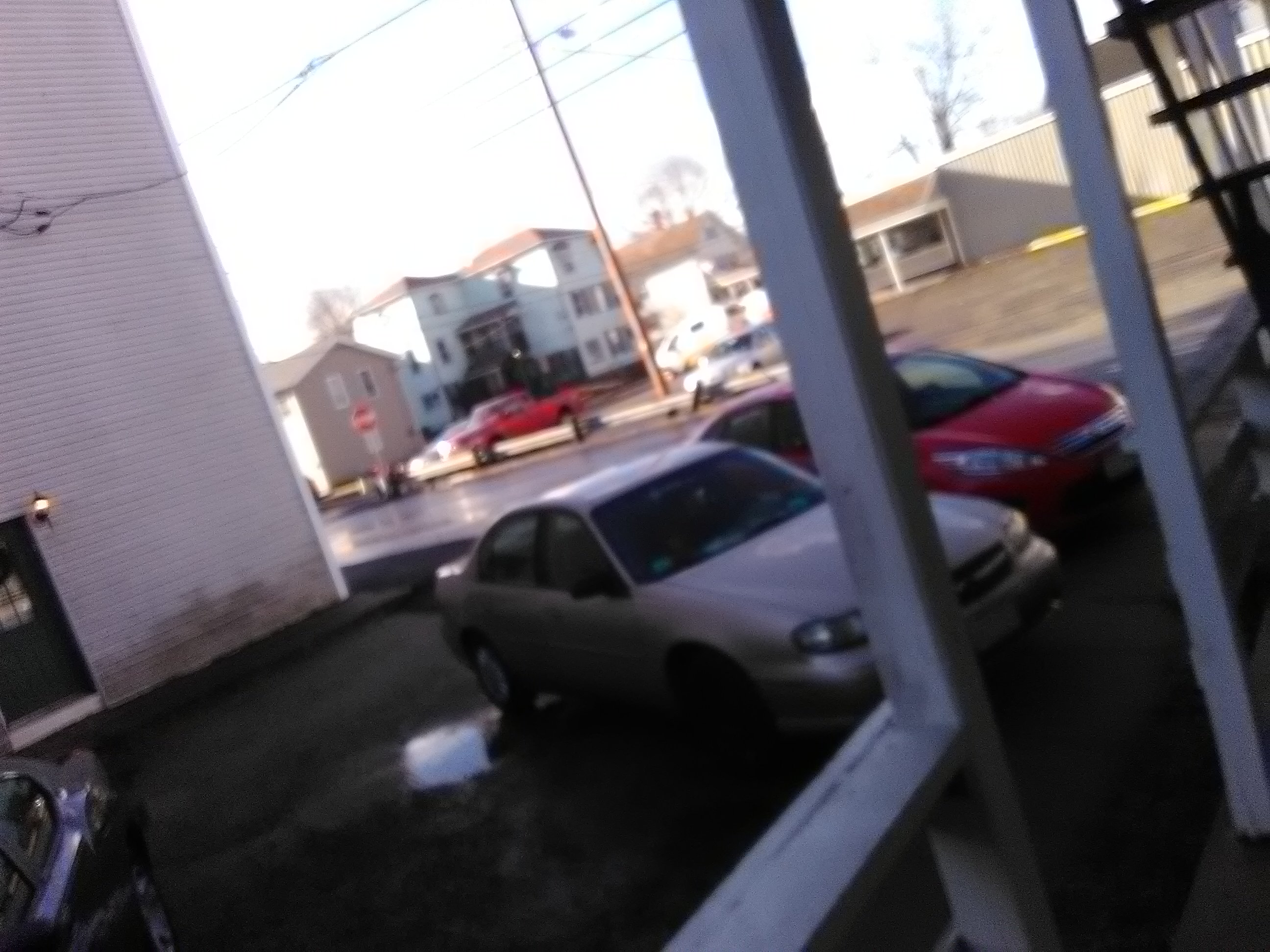 … bullying … trying to intimidate me because this morning I took photos of Elm Street for this New Year’s Day post. 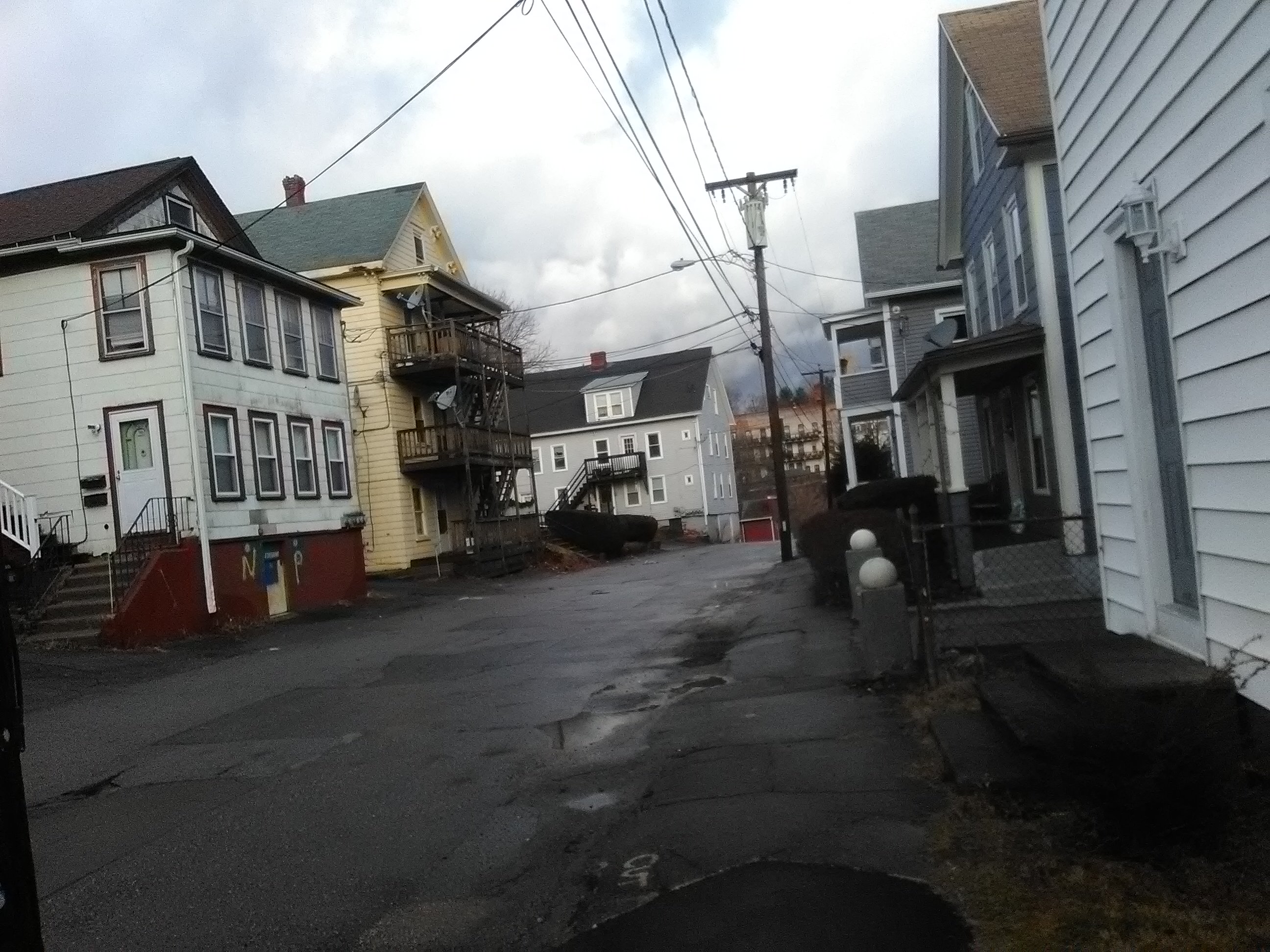 What is wrong with this woman?

What ails a 40-something woman who has no job, perpetual housing and does nothing to contribute to society … just smokes and spies on this “outsider” as I live my life?

I haven’t a clue what ails her!

A few guesses: Living in a place like Spencer, so cut off from the direction America is heading, makes many people here afraid of anyone/anything new, I think. Also: Refusing to work, earn your keeps, contribute to society makes you … unwell, mentally and physically. Also: many here are stuck in a kind of cultural 1950s racist, rigid small town America. Many here embrace the worst of America: its racism, xenophobia, fear of knowledge, hatred of new ideas, new people. Instead, they have embraced: vaping, smoking weed/siting pot shops, smoking tons of cigs, running tattoo and chop shops …

The DEAD AMERICA that Trump trumpets!! Exploits! So he can stay President! Spencer/rural folks are the unknowing victims, pulled under the moving train!

As a New York real estate developer, Trump was a Democrat, espoused Democratic ideas, embraced gay people, even hung out with Hillary Clinton!! But he went low when he figured he might be elected prez if he played into rural America’s worst fears and prejudices! He figured right! So it has been two years of Trump blatently and not so explicitly excoriating immigrants, brown people, black people, refugees, transgendered folks, the poor … And the CRUEL JOKE IS ON ALL OF US!

We have a dumbing down – in Worcester, Spencer – AMERICA – that Trump exploits – and perpetuates. No good jobs here in rural America and in our older cities. No free college for our low-income young people so they can compete in the new, tech-driven economy and get middle-class jobs. No hope in the inner-city like Green Island or in small towns like Spencer because they have experienced years of atrophy. Of course, you’re gonna get crime, opioids, mass murders, as well as the more mundane shit: vaping, tons of mary jane, all the tattoo and chop shops.

Where are our books, America?!

Where is our CIVIC EDUCATION – like I was force-fed in the Worcester Public Schools as a kid? Just like the OIF got in the Lynn Public Schools when he was a kid! And he got a very good honors public school education IN LYNN!!! We both got the Sousa marches, our own personal little mini-booklets of the U.S. Constitution to keep!

I remember: In 4th grade St. Mary’s catechism class in Kelley Square we had to march around the periphery of our classroom, MARCH! – as Sister Justine, a human trapezoid, severe and pimply, but on that day ecstatic, as she played on her little portable record player: ANCHORS AWAY! The U.S. Navy rah rah song! While we 30 little kids marched around her classroom singing and, yes!, having fun, as we sang along with the record. Sister Justine rewrote the lyrics of the marching tune to teach us about Jesus. So we sang, while marching: THIS PROVES OUR LOVE FOR GOD/ IN ALL WE SAY/ AND ALL WE THINK AND DO!!!!

At assemblies! Where our American flag, big and beautiful, is carried by a WPS student down the middle of the auditorium aisle – with other students, black, brown, white leading the procession, too!

It is our American collective consciousness that we are losing and need to tap into again!!

So we can be more whole!

“E pluribus unum”! “Out of many, one”! It’s our motto, for Christ’s sakes! It’s what we are all about! WHAT REALLY MAKES AMERICA GREAT!

In Spencer, my heart breaks for the children here! Most little Spencer kids, according to state tests, are not ready for kindergarten. I assume this holds true for much of poor rural America.

The high school down the road is only half full! Because Spencer is a dying town! It is a town comprised of white old folks who have lived here forever. Trump territory! Tragic! Visit a local eatery and most customers at the diners and restaurants here are 70 years+ old! These places look haunted! Ancient. Ghostly.

BROWN, BLACK, WHITE FAMILIES AND YOUTH = VIBRANCY, LIFE … ART! Immigration, welcoming the world’s disenfranchised, is how America regenerates herself! Spencer – all of rural America! – NEEDS to get this!

But, hey, that is just the beginning. Spencer, like most of a big chunk of rural America that relied on mills and small/big factories for its wealth decades ago, needs to change! And EMBRACE EDUCATION, NUTRITION, HEALTH AND HEALTH CARE!

No WIC, SNAP hub for poor families – to feed their kids, many of whom are rail thin.

No food hub. LET US EMULATE GREENFIELD AND GET A REAL FOOD HUB FOR WORKING FOLKS HERE IN SPENCER. The poo bas of Worcester killed that food distribution dream cuz they were afraid of competition for their chi chi farmers market – a TOTALLY DIFFERENT ANIMAL WITH A TOTALLY DIFFERENT CUSTOMER BASE. 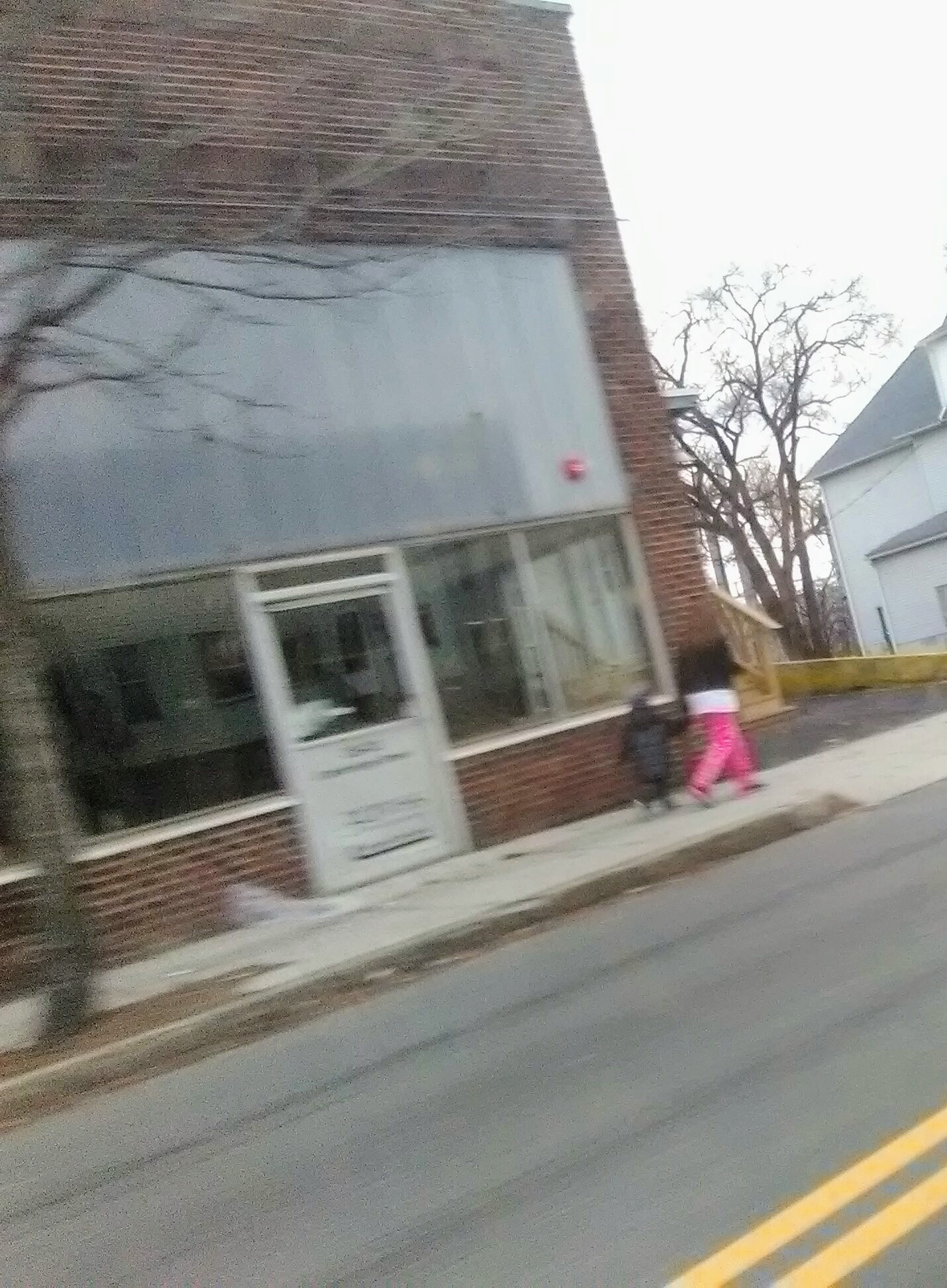 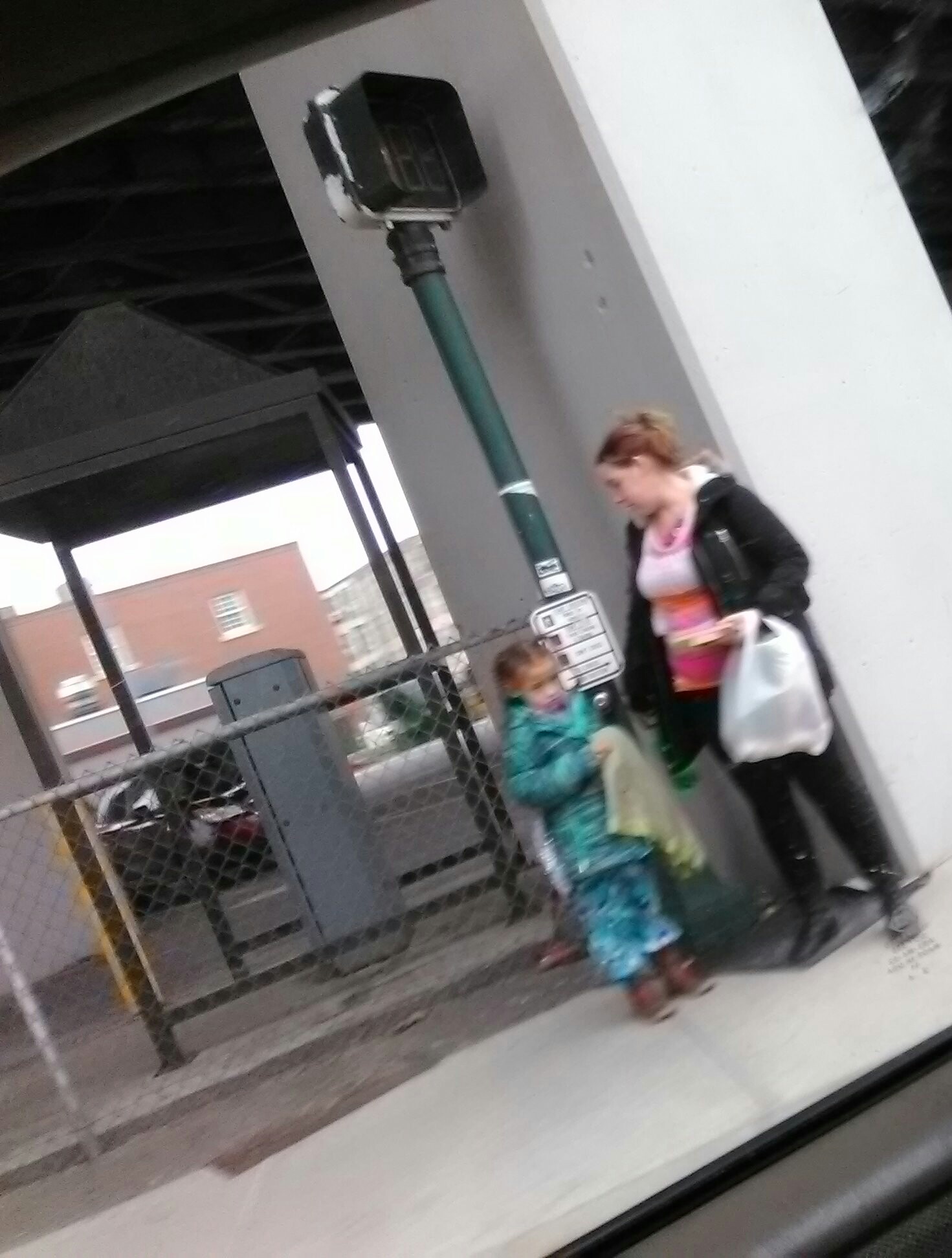 In the shadows of Worcester’s Canal District

So 1 in 4 kids in Worcester is hungry/food insecure.

(For America, it is 1 in 5) Go, Woo Sox! Let us have another 1,000,000 stories on the Worcester AAA Red Sox team and baseball stadium and two about Worcester’s hungry kids! 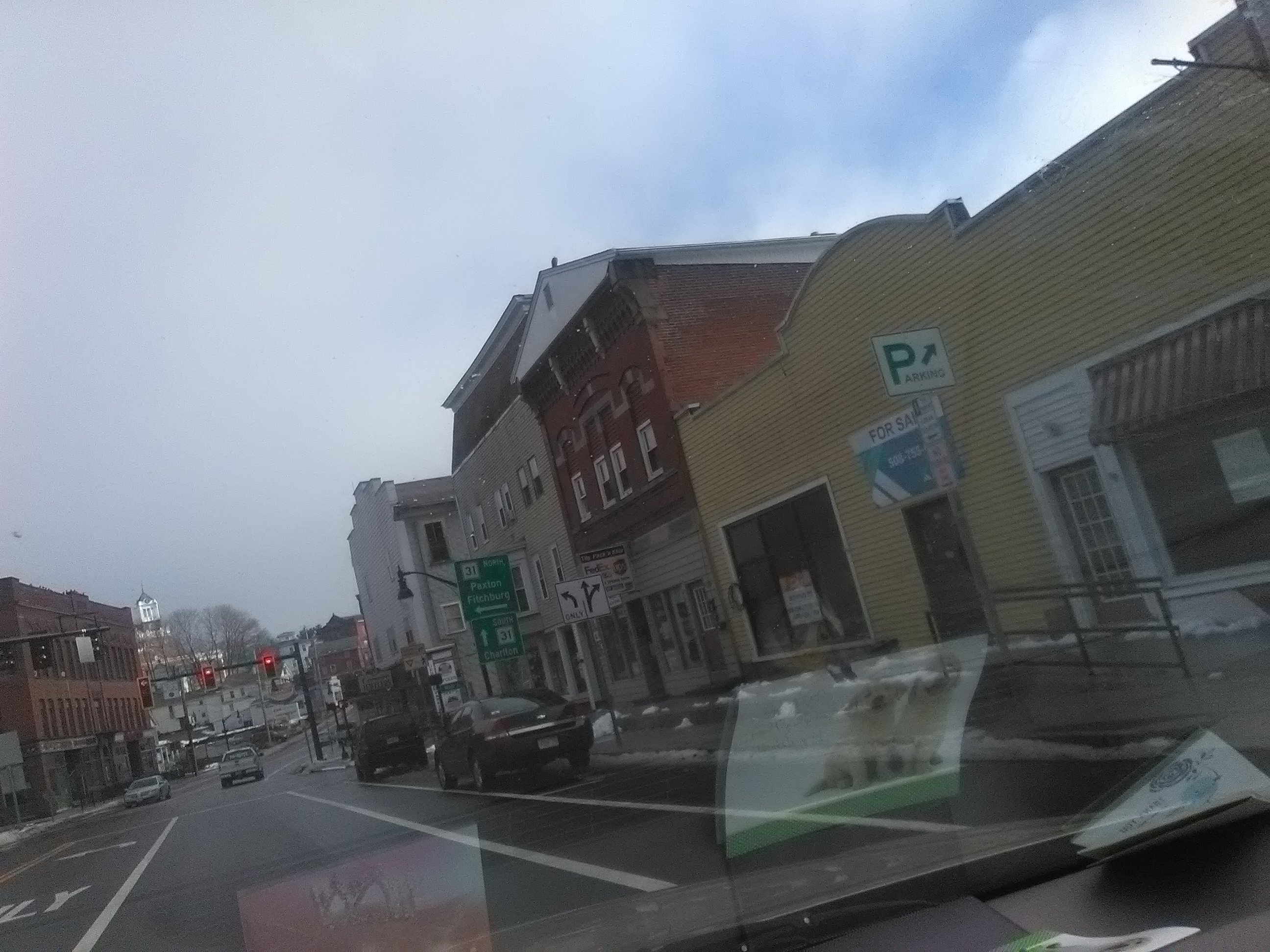 Some downtown Spencer buildings need to be fixed up – or condemned! And Town Clerk Laura and the Spencer Selectmen damn well know this!! 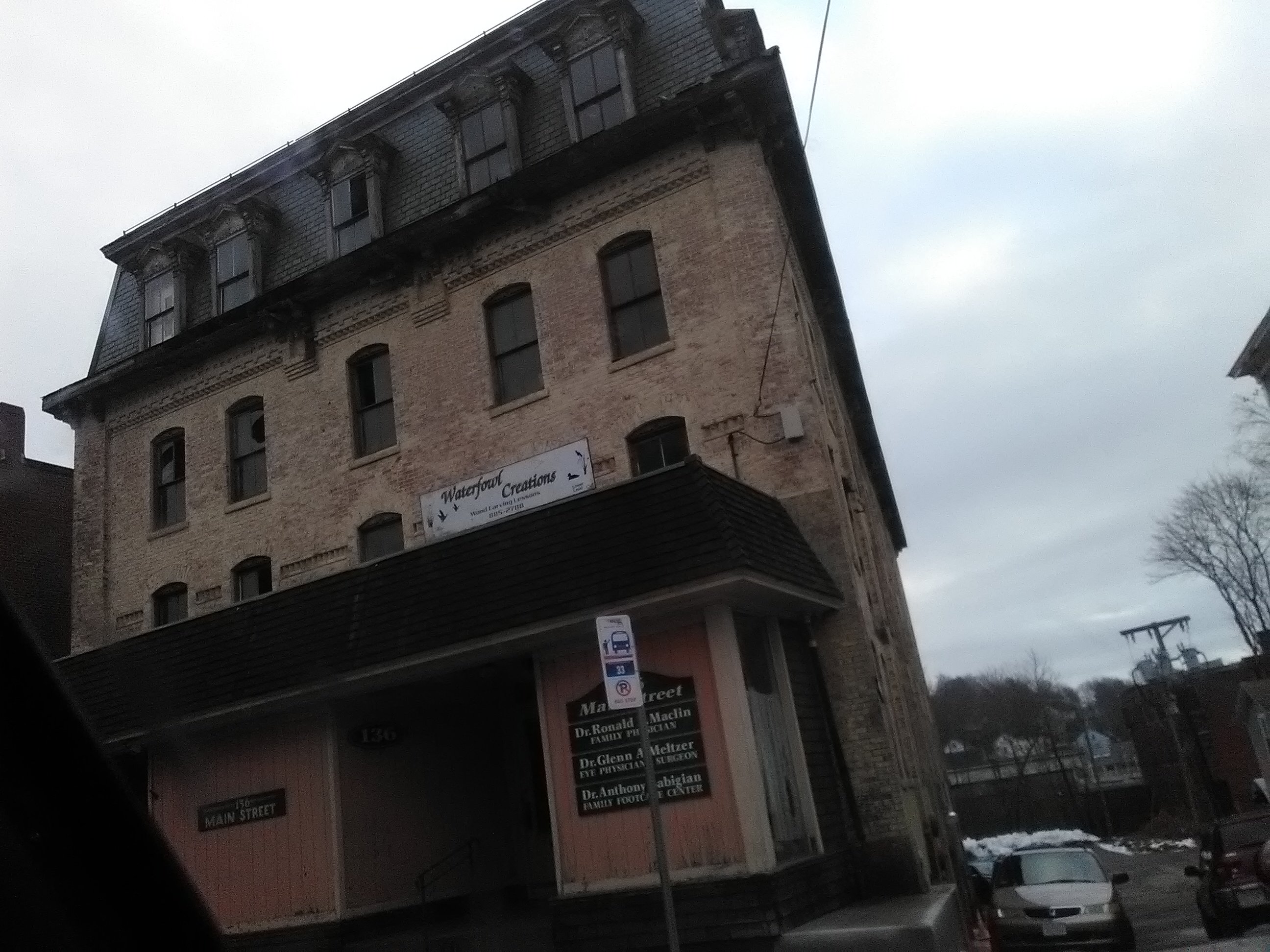 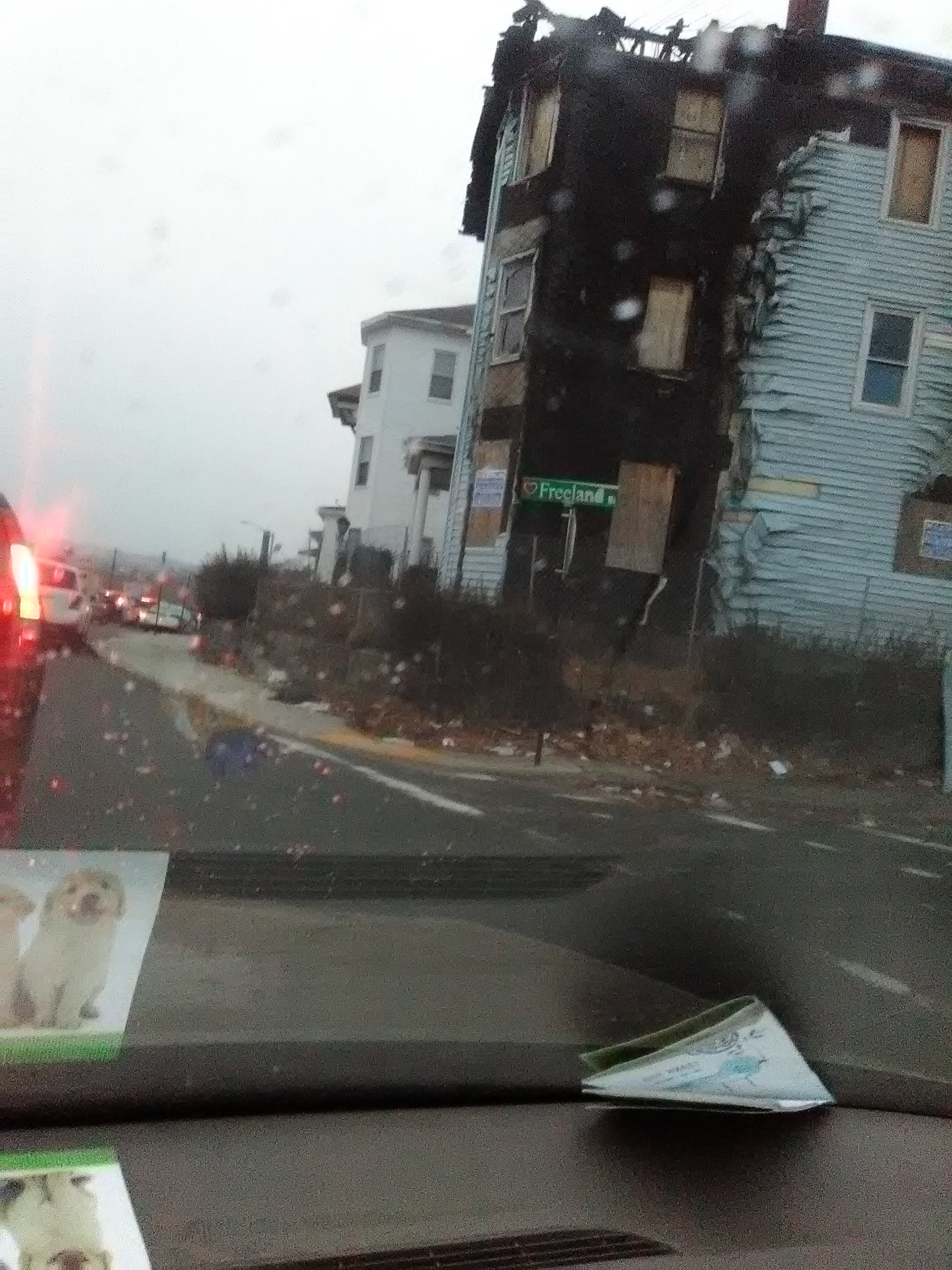 But let us not forget Worcester’s shit buildings! The city drags its feet re: them, a la Spencer! God help us if this Jan/Feb we’ve got homeless folks camping out in this building and they rig up some funky propane stove to start a fire to stay warm. God help our Worcester firemen and women who will bravely enter the fire-fray because of the City Manager’s negligence!

No diversity …No young people to plow new energy and ideas into the town!

No new investment. Because, like Worcester on many levels, the same old connected crowd gets grandfathered in and sweet-hearted-dealed in. And stays enfranchised! HOLDS TIGHT ONTO THE GOODIES/POWER!

In Worcester, former Mayor Joe O’Brien, had the right idea: HE PUSHED TO HAVE DISTRICT REPRESENTATION ON THE WORCESTER SCHOOL COMMITTEE. Like our Worcester City Council with districts 2, 3, 4 and 5 – which enable more inner-city neighborhood folks to jump into politics, run for office and REALLY GIVE VOICE TO THE FOLKS WHO LIVE in the city’s neighborhoods. Of course, the WPSchool Committee members – many of them old farts in their mid-70s and/or politically connected – were RESISTANT! SHOCKED!!! ABSOLUTELY MORTIFIED THAT THEIR COLLECTIVE CRAP-WISDOM WOULD BE QUESTIONED. Of course, they voted Joe’s just and true proposal down!

The WPS bozos cut off a great path for immigrants, minorities to represent and advocate for their kids in the Worcester Public Schools – a MAJORITY MINORITY SCHOOL DISTRICT!! now “ruled by” a bunch of old (we are looking at you WPSchool Superintendent Maureen Binienda) Irish-American Good Old Boys. Even if they are female.

These folks have been ruuning Worcester for almost a century; so Spencer isn’t the only place with its head up its ass. This is why urban spaces like Green Island, Vernon Hill AND Spencer/rural America are in trouble: the white old group, enfranchised, unwilling to relinquish power, won’t let go! They cling to power, even as their people suffer. People of color, new comers, the young … locked out.

I mean, look at the daily’s series on Worcester’s older neighborhoods: for the most part, the stories trotted out the SAME TIRED OLD WHITE retreads. Regurgitated. Again. Not exactly the most accurate picture of our city’s neighborhoods!

I am packing today, next week, … 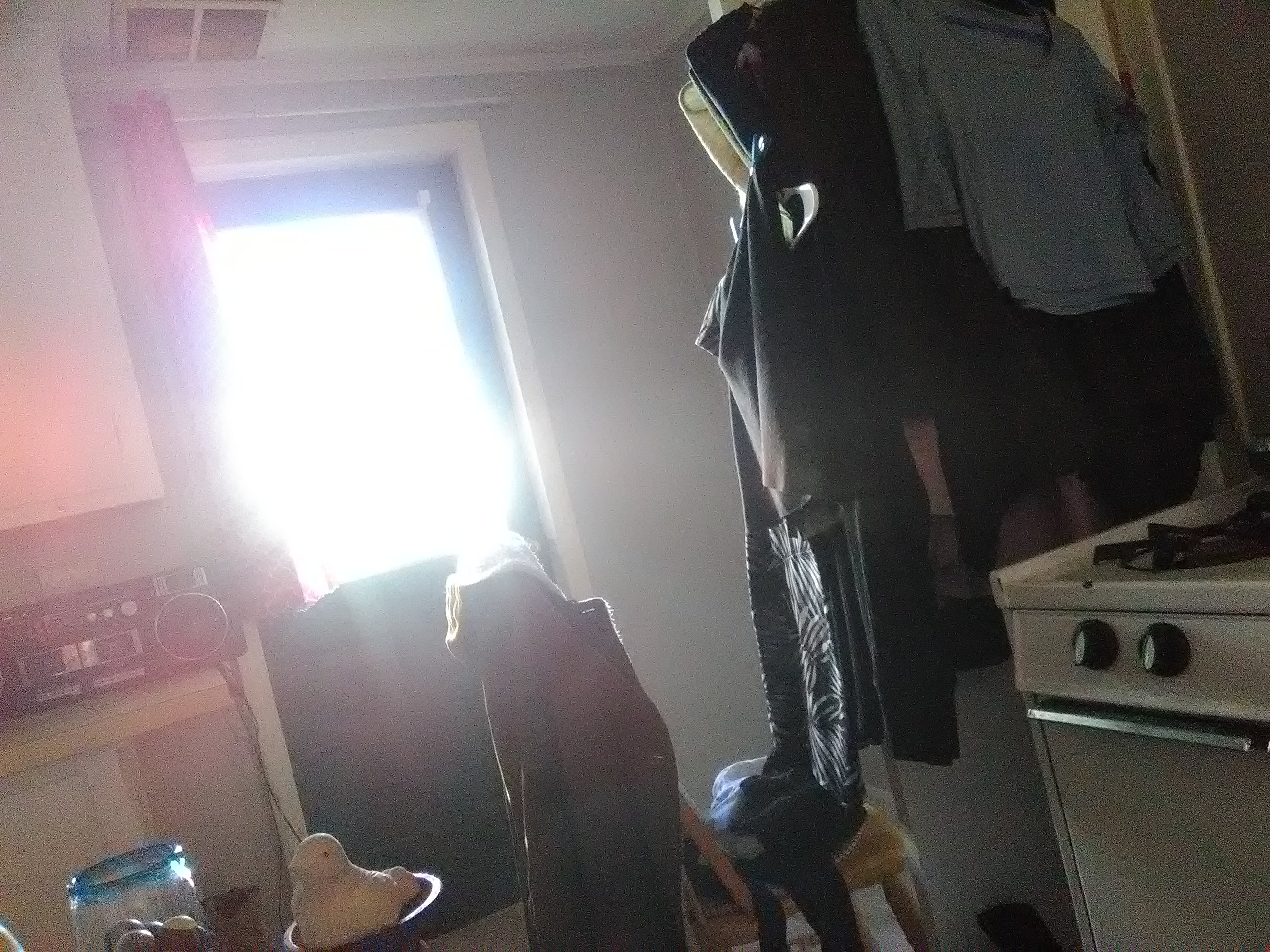 … moving back to the city for what I HAVE MISSED MOST about it: ethnic, racial and cultural diversity … immigrant energy. New beautiful faces. Youth. The AMERICA OF TODAY!

I like my Spencer neighbors and the town’s first responders. They are usually polite, soft-spoken and carry a quiet, under-stated sense of humor. They exchange niceties with me when I’m out with my dogs, but many are so downtrodden! To see grown men limping, slow motion, down Elm Street, rail thin, clothes dirty and hanging off them … is surreal and heartbreaking. They say hello to me, I say hello back, respectfully.

The promise of America broken in two!

WISHING ONLY THE BEST for city and country in 2019!