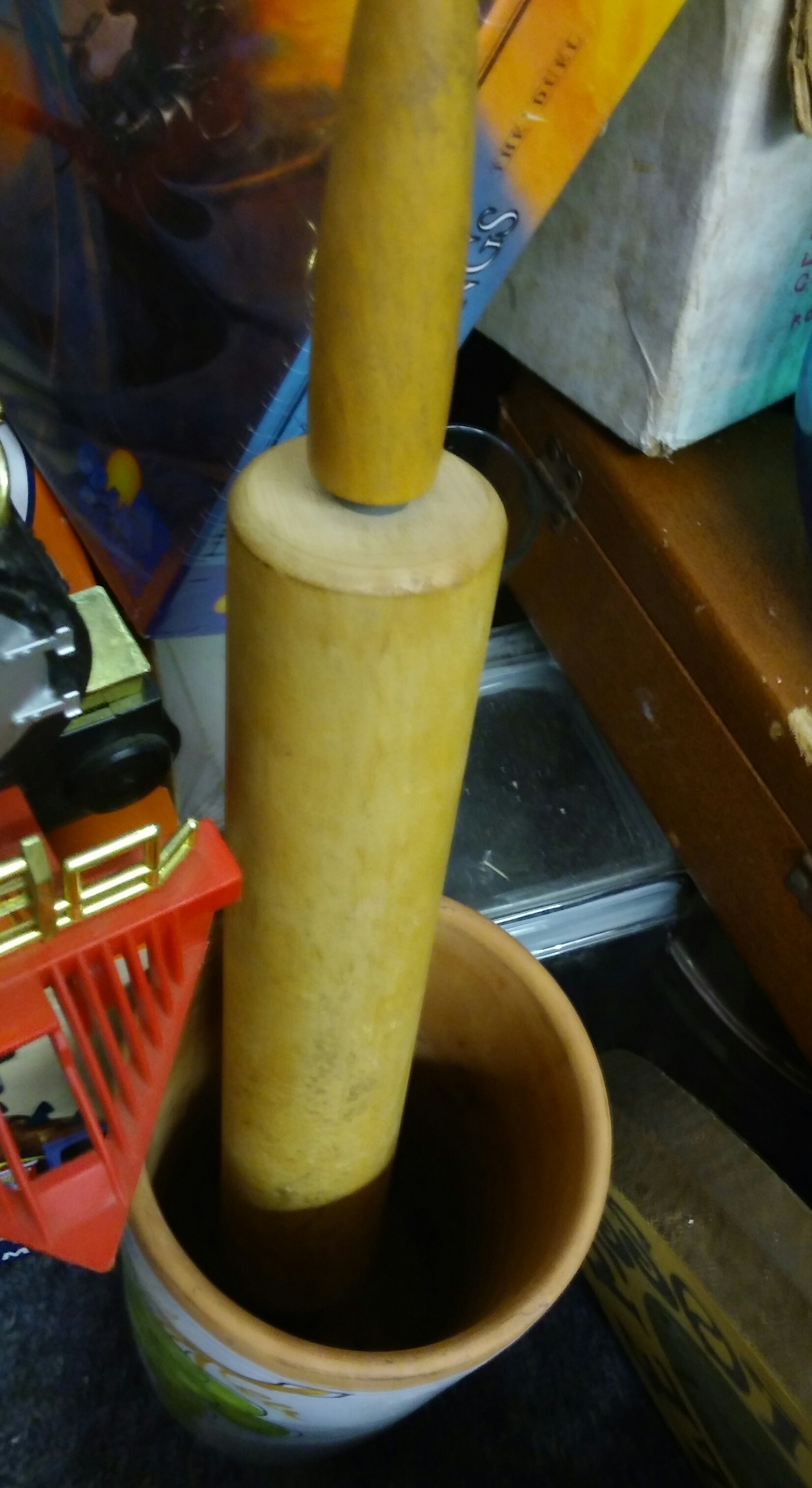 Over the past few days, a number of polls have come out showing Hillary Clinton leading Donald Trump nationally by double digits, including in blue collar states like Michigan (10%) and Pennsylvania (11%). If you are a Clinton supporter and have felt a sense of relief when you saw these numbers, your shoulders suddenly relaxing and an audible “phew” coming from your mouth, if you got excited that your belief system was now reassured that there was no chance your fellow Americans will vote for a narcissistic misogynist, then you just became part of the problem — and why Donald J. Trump could actually win on November 8.

Please do not think for a second this election is over or in the bag. There are three long months to go. If you think that all we have to do is just let Trump keep shooting himself in the head – that “Trump will beat Trump” and the rest of us just have to sit back and watch with glee – well, you are playing with fire. And you’re looking for a way to get out of doing any work. Clearly you’ve forgotten this election is not about whether there are more people “for” Hillary or Trump. Of course there are more people for Hillary! She will lead in the opinion polls from now until Election Day.

AND IT DOESN’T MATTER.

Because this is not a popularity contest decided by polls (or in this year’s edition, a contest over who you dislike the least). As I’ve said, if people could vote from their sofa via their Xbox or remote control, Hillary would win in a landslide. But this election is only about who SHOWS UP to the VOTING BOOTH on November 8th (or to early voting or by absentee ballot). The election this year is not being held as usual on the first Tuesday of November; it’s happening in the second week of the month, so if you live in the top half of the country, that means a greater chance for snow or icy rain — and that means a lower turnout. A lower turnout helps Trump.

This election is ONLY about who gets who out to vote, who’s got the most rabid supporters, the kind of candidate who inspires people to get out of bed at 5am on Election Day because a Wall needs to built! Muslims are killing us! Women are taking over! USA! USA! Make My Penis Great Again! Hillary is the Devil! America First! Fetus First! First in Line at the Polls!

So instead of feeling better this week because of the new polls (BTW, only one of these polls is of “likely voters” – the Reuters Poll – and in that one, Hillary leads by only 4 points), or regaling over Trump’s insanity (so insane, he raised $82 million last month in mostly $10-$20 contributions, stunning the Clinton campaign, because Bernie never had a grassroots month anywhere near that), I would like to suggest a different response. I’d like to ask those who love Hillary to hold off on the victory party ’til the wee hours of November 9th.

If you are serious about this election, and if you are smart enough to still take Donald Trump seriously, then here’s 5 things to do – four for you, and one for Hillary:

You Are Responsible for Getting 50 People to the Polls November 8th. Start making your list now. Create this list on your smart phone of the people you will personally make sure show up to the polls on November 8th. Enter their email addresses and cell phone numbers. Call it your “November 8th Project.” Add a name to it every single day between now and November 8th until you have 50 people – 50 names in 90 days. Focus on nonvoters. Then, on November 7th and 8th, call, text and/or email every one of them and remind them to vote. Offer them a ride. Offer them lunch. Offer to watch the kids. Offer to mow their lawn. Plan a get-together or a party for everyone after going to vote. You must remind even those people who you think don’t need reminding. This election isn’t about you voting — it’s about you getting 50 others to vote.

From Today Until November 8th, You Are in the French Resistance. Imagine what it was like to be in the French underground while the Germans invaded France. The only possible way to win was an unrelenting, round-the-clock commitment to defeat the Nazis. There was no time for one of those 3-hour French dinners. They did not take vacations. They did not sleep in. They did not have time for “playdates.” The Germans were coming! The Germans were there! Well, friends, our fascist (Drumpf!) is coming! That’s the mind-set you need to be in. For the next three months, the kids have to get themselves to soccer! Work on your marriage in December! There’s no time for hot yoga! No one in the French Resistance ever said “I can’t blow up that Nazi train today ’cause I feel like I might be coming down with a cold!”

You Must Be Supportive of the Depressed Voter. So many people have given up on our system and that’s because the system has given up on them. They know it’s all bullshit: politics, politicians, elections. The middle class in tatters, the American Dream a nightmare for the 47 million living in poverty. Get this straight: HALF of America is planning NOT to vote November 8th. Hillary’s approval rating is at 36%. CNN said it last night: No one running for office with an approval rating of 36% has ever been elected president (Trump’s is at 30%). Even in these newer polls, 60% still say that Hillary is “untrustworthy to be president.” Disillusioned young people stop me every day to tell me they’re not voting (or they’re voting 3rd Party). This is a problem, folks. Stop ignoring it.

You need to listen to them. Chastising them, shaming them, will not work. Acknowledging to them that they have a point, that Hillary Clinton is maybe not the best candidate, and then promising them that you will join them on November 9th in a political revolution that will demand Clinton enact her platform, that might go a long way to getting them to vote. They don’t have to change their opinion about Hillary. They just have to reluctantly vote for her and be allowed to feel very bad about doing it – and very good that we will fight on their side after the election.

Hillary Must Slyly Stick Trump with a Comedy Shiv During the Debates. Bill Maher and I will help Hillary with this (Hill, call us!). I’m sure Amy Schumer and Chris Rock would chip in, too. Clinton actually has a good sense of humor, but keeps it mostly hidden (here she is back in the ’90s, sparring with a Republican leader of Congress: https://www.youtube.com/watch?v=2XsSydPOgCc). Trump has very thin skin. If she can slide the perfect line of satirical ridicule just under that thin skin of his, he will implode. On live TV. And that, my friends, will be the moment it’s over for him. A complete mental meltdown on a stage without his cheering man-fans in the room. BOOM!

I Hereby Appoint You Precinct Captain in Your Neighborhood, in Your School, and at Your Place of Work. Yes, you. Tell them Michael Moore personally named you. Not because I have any authority to do so. Just because I said so. And you said so. Please, friends, do not depend entirely on the “Democratic Party” to pull this off in November. It is often, depending on where you live, an apparatus of numskulls, hacks and former high school student council rejects. Quick, name the local chair of the Dems in your county. They are not of the people. If we depend just on them, we lose. We usually do.

President Obama had a brilliant campaign team, was a beloved candidate, and that’s why he won. Hillary’s campaign lost 22 states to a 74-year old socialist who had neither a comb nor 50 bucks in his pocket — and was unknown to everyone except me and some hippies in Vermont! Hahahaha! Here’s a tweet this week from one of Hillary’s “top advisers”, the chair of the “Campaign for American Progress”, just to give you a clue as to the brain trust surrounding her:https://twitter.com/neeratanden/status/761075519450341376

So we can’t just depend on them alone to stop Trump. That’s why I’ve decided to appoint myself, as of this moment, chair of the “Shadow Campaign to Defeat Donald J. Trump” (or, in short, “The Resistance”) — and I’m appointing each and every one of you as my Precinct Captains in the areas where you live, work and go to college.

From this moment forward you will organize the block you live on, or the town or neighborhood you live in, or your dorm, your office, or your place of worship. If asked, just identify yourself as the “Local Head of the Defeat Trump Coalition.” If others want to be the “Head” or say they are the “Head,” just share the title with them. Then appoint more Precinct Captains. Don’t hold meetings. Do actions. Use humor. Conduct flash mobs. Be a disruptor. Think creatively and subversively. Have fun. Defeat Trump.

Because, you see, we have no choice. We’re in the Trump Resistance.

Yours in revolution and future playdates,

P.S. Still feeling giddy about all the bad news surrounding Trump this week? Here’s another bucket of cold water:

Trump can actually lose Florida, Virginia, Colorado and New Mexico — and STILL WIN! All he has to do is carry the rust belt “Brexit States” of Ohio, Pennsylvania, Michigan and Wisconsin. Hillary lost three of these four in the primaries. Nothing can be taken for granted.

Once more: This is all about who shows up November 8th — not who’s ahead in the popularity polls right now.

On the morning of the Michigan Primary, Hillary was ahead of Bernie in a WJBK/TV2-Detroit poll by 22 points. Twelve hours later, she lost.

Leave your bubble now! You are a Precinct Captain! You have work to do!