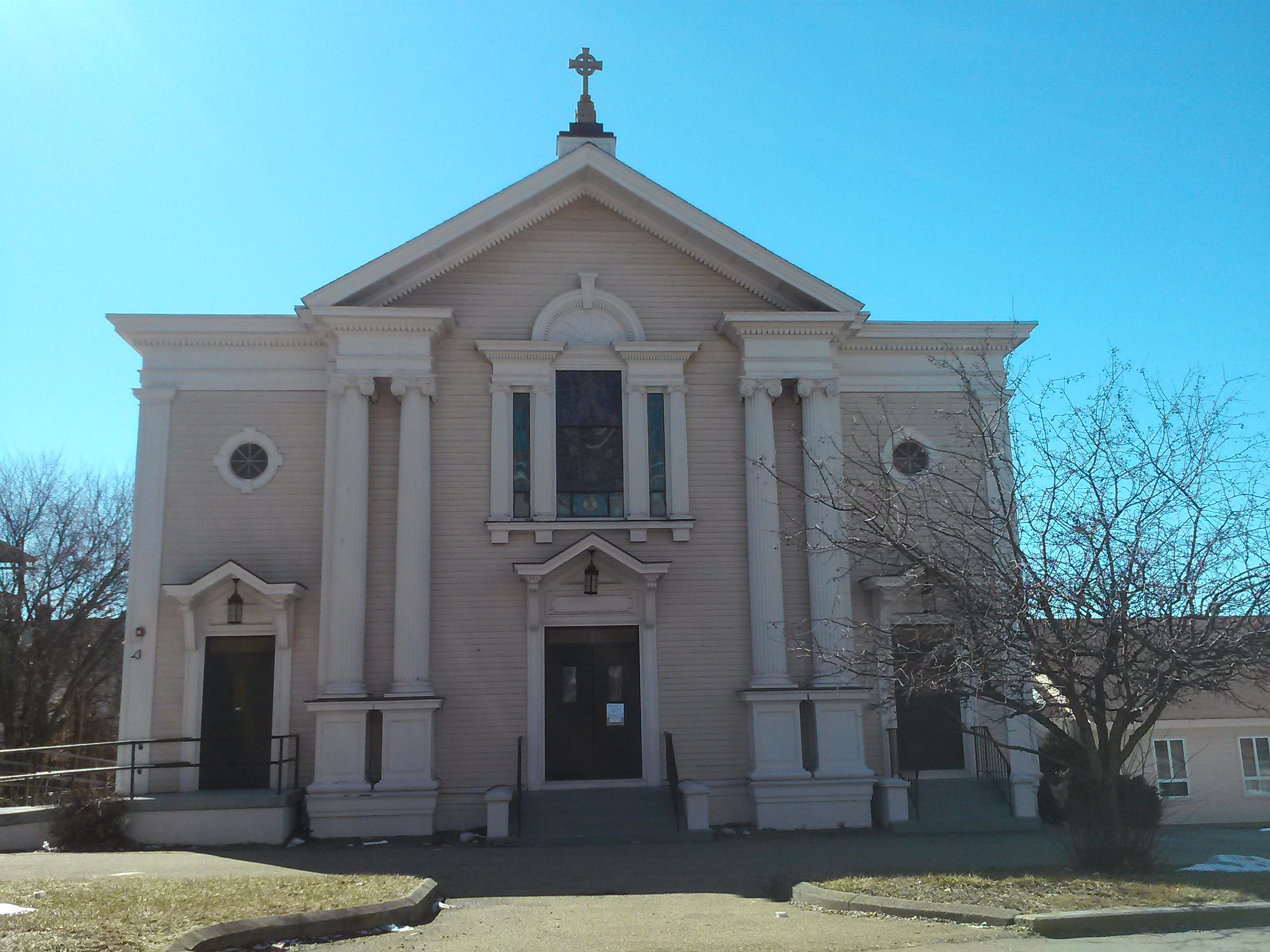 When God closes a door, He opens a window.  Have you ever heard that statement before?  Maybe your Grandmother used to say it when things didn’t go the way you had hoped.  Or maybe you remember hearing it in a church sermon? Or perhaps you recall Maria saying it in the “Sound of Music”?

Right here in Worcester, in one of our older neighborhoods, a Catholic church’s doors were closed and the parish suppressed.  The Church of the Ascension located at 40 Vernon Street was that church.  The closing Mass and reception “A Celebration of Our Heritage and Future” took place on Sunday, June 29, 2008, at 2 p.m.  The parish was merged with St. John’s on 40 Temple St. and the Mass of Welcome occurred on Temple Street on Sunday, July 13 at 12:15 p.m.

According to Fr. John Madden, Pastor, St. John’s retained all the Ascension parish’s assets and liabilities.  The rectory was sold to pay off the debt but St. John’s wanted to use the church and hall in a manner that would maintain the Catholic presence on Vernon Hill.  St. John’s first explored adding more units to the Village at Ascension Heights, the senior housing building located at 42 Vernon Street in back of the church and parish center where Fr. Madden serves as the President of the Board of Directors. This was the wish of the Ascension parishioners and Fr. Madden thought that providing elderly housing would be a great legacy for Ascension parish. 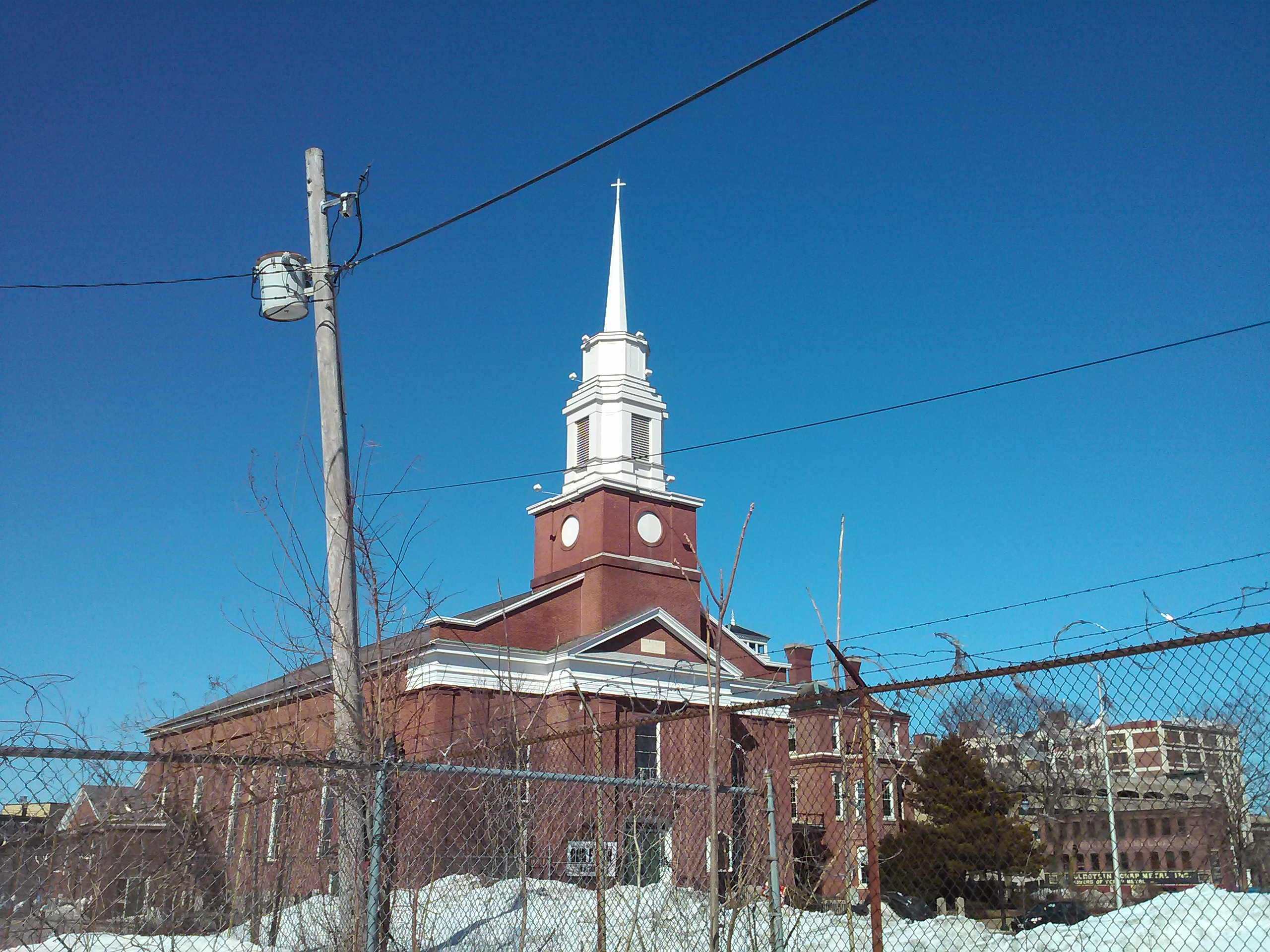 When they did not obtain the HUD grant to go forward, St. John’s changed direction. Fr. Madden recalls that on one Sunday afternoon, he was at North High watching the City Basketball Tournament.  He was talking to David Shea, a former student of his from Holy Name, about how he wanted to ask Kareem Tatum, Assistant Principal at Union Hill School and a former Holy Name student, how the Ascension Campus could be used to help the school.  Standing on the other side of Fr. Madden was Marie Morse, the Principal at Union Hill.  Fr. Madden thought that it was providential and said that “we have tried to follow God’s plan from that moment on.”

With the help of volunteers, especially from Rebuilding Together Worcester, the closed parish center on Vernon Street was cleaned, painted and repaired and in the summer of 2012 was the site of a fun-filled summer program for neighborhood youth.

Fr. Madden went on to say that he “has known Sr. Pat for more years than either she or he is willing to admit.”  Sr. Pat, a Sister of St. Joseph, had been the Principal of the Catholic school in his hometown of Milford.  She left that position when she joined the Leadership Team of the Sisters of St. Joseph.  When her term was completed, she was looking for her next ministerial experience.  Fr. Madden approached her, even though he thought that it was more likely that an elementary school would hire her.

The After School program presented a new and different challenge and Sr. Pat was exited to undertake it.  In collaboration with the administration of Union Hill School, the dream became a reality in the fall or 2012.    The door had been closed but God was opening a window!

Sr. Pat sums up the goal of the St. John’s / Ascension Campus After –School Program this way:  “Our goal was to provide a safe, welcoming environment where children could receive assistance with their homework and interact on a social basis.”  She went on to explain that the program is staffed by volunteers from the Parish, retired teachers and students from Anna Maria College, Holy Cross College, Worcester Academy and Mass College of Pharmacy.

The program is run five days a week during the school year and observes the same holidays and vacation schedule as the Worcester Public schools.  Daily, the children have a snack, playtime, homework assistance followed by 20 minutes of reading.  “Fun Friday” is a “big hit-no homework” according to Sr. Pat.  The children are free to engage in basketball, kick ball, board games and arts and crafts. Sr. Pat added that “even in the dead of winter, they look forward to popsicles.”  In the past 3 years, Sr. Pat and her dedicated volunteers have assisted over 100 students.

Besides directing the After – School program, Sr. Pat also runs the “St. John’s / Ascension Campus Clothing Center.”  In 2013, Sr. Pat agreed to move St. John’s clothing donations from a bay in the garage on Temple Street to the church building at Ascension at 44 Vernon Street.  Fr. Madden says that Sr. Pat’s “commitment and the new space have made the Clothing Center a far superior situation than what we had here.”  Assisted by a small group of volunteers, the Clothing Center opened that year just in time for back to school shopping. 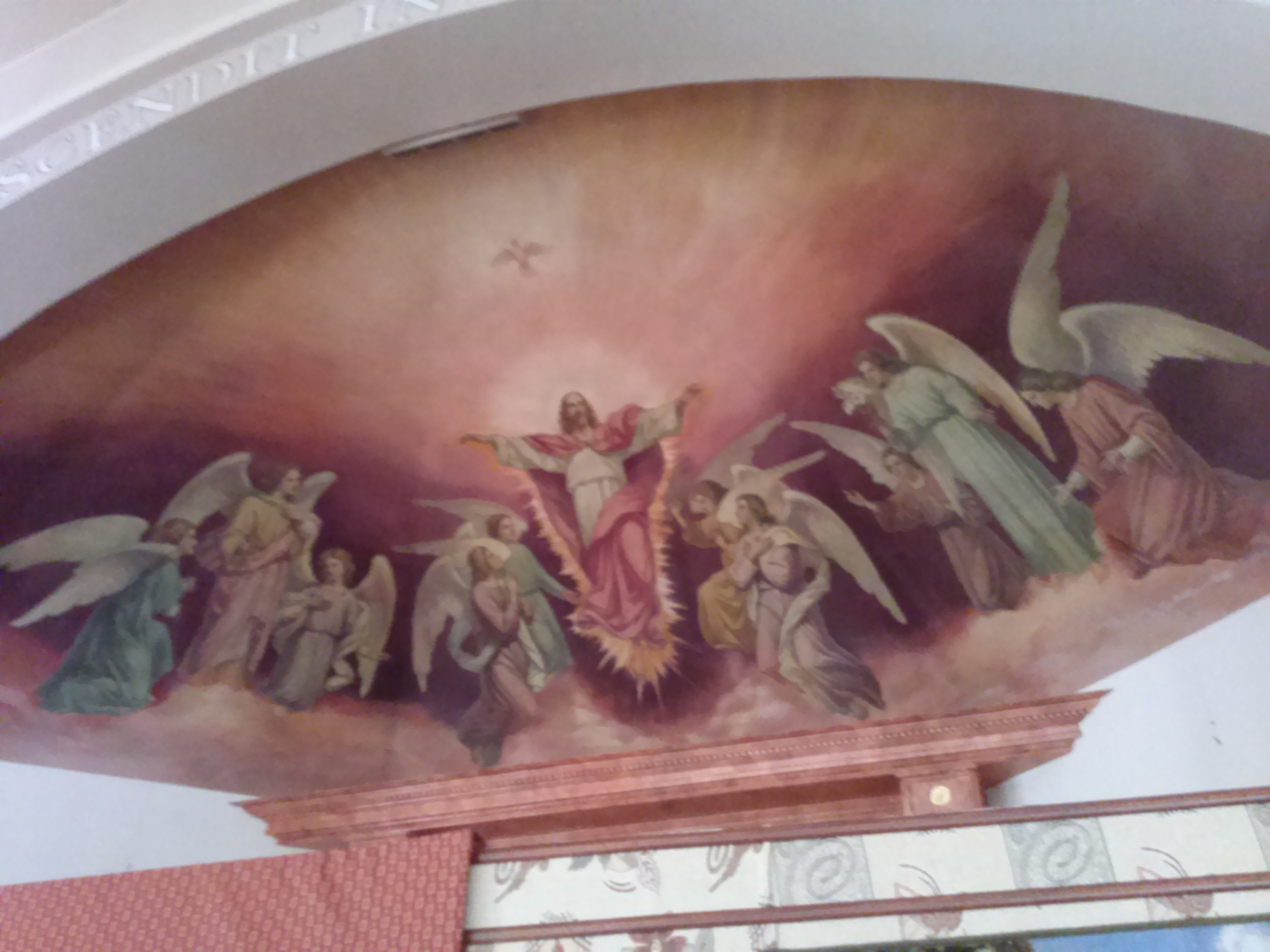 The St. John’s Clothing Center is run out of the former Ascension church. Pews gone, altar disassembled … but look up and you see this …

On Tuesday and Thursday mornings just before 10 a.m., you will find a line of people waiting to be served at the Clothing Center.  In a store- like environment, clients are free to shop for themselves and their families.  Besides clothing, household items, blankets, sheets, towels, children’s toys, sneakers, shoes and toiletries are available to those most in need.

The inventory, according to Sr. Pat, is based on the donations received. Donations of clean, usable items are gratefully accepted and may be dropped off at the Clothing Center on Tuesdays and Thursdays from 10 a.m. to 12 noon, the operational hours of the Center.  Items are free to the clients and once in a while a client will come in and donate items they no longer need such as household items or toys.

Fr. Madden sums it up beautifully. “All of us at St. John’s, particularly those who have joined us from Ascension are thrilled with everything that is happening at the campus.  We are grateful to God for sending us Sr. Pat and to have the blessing of trying to help the Vernon Hill/ Union Hill neighborhood and the City.  I am sure that God has more planned for us and I look forward to future ministry in the neighborhood.”

The Ascension Campus Coffeehouse began in September 2013 at the St. John’s Parish –  Ascension Campus located at 44 Vernon Street.  According to Joseph Tomlinson, Organizer, it “has been in God’s graces since the beginning, thanks to Fr. Madden’s blessings.”

The Coffee House is open on the 3rd Saturday evening of each month.  It attracts musicians from many of the area churches and schools such Sacred Heart – St. Catherine of Sweden Parish on Cambridge Street and St. John’s High in Shrewsbury. Brian Tomlinson, a parishioner at St. John’s and the son of Joe and Carmen Tomlinson, has shared his musical talents and composing abilities many times to a very receptive audience.

The evening starts by opening the doors of the church building at 6:30 p.m. to allow folks to get there and enjoy coffee and.  At 7 p.m. they begin the Praise and Worship with an optional group prayer and then the live worship music begins.  On most evening, they have multiple musicians play for a couple of hours.  The program closes with a Thanksgiving Prayer.

All ages are welcomed at the Coffeehouse.  There is free admission.  Donations are voluntary and the money and canned goods go to programs at St. John’s and Be Like Brit.

Thanks to all our Friends and Family who have been supportive in our mission to worship and praise with live, prayerful Music.

On Saturday February 28, of this year, the Worcester Kidane Meheret Orthodox Tewahedo Christian Church had their yearly celebration in honor of the “Mother Covenant of Mercy. ‘also known as “Kidist Kidane Meheret.”

Mesfin Beshir who is very active in assisting and advocating for the Ethiopian community in Worcester  and is a member of the church and also is acting as a liaison and public relations person, had an idea.  His children had attended the St. John’s / Ascension Campus After-School Program. He had gotten to know Fr. John Madden. Pastor of St. John’s Church and Sr. Pat Murphy, Director of the After- School program.  Why not have the celebration in the former Ascension Church on Vernon Street?

Mesfin contacted Fr. Madden and he in turn contacted the Diocese of Worcester.  Fr. Madden got the O.K. and Mesfin and other church members began the cleaning and polishing in the church.  The Archbishop of the Ethiopian Orthodox Church in the United States came in from New York. There was a choir arriving from Boston.  People attended from Worcester, Boston, Leominster, Fitchburg and Framingham .

The main part of the celebration  included  praying, singing, preaching and the presence of the Ark of the Covenant and took place between 7 a.m. and 1 p.m.  The service was followed by a meal in the adjoining parish center.

Mesfin Beshir and his church members are very grateful for the use of the St. John’s- Ascension Campus.  and to Fr. Madden who  Mesfin describes as a “very wonderful and kind and gentle priest.  Easy to talk to and makes people humble.”