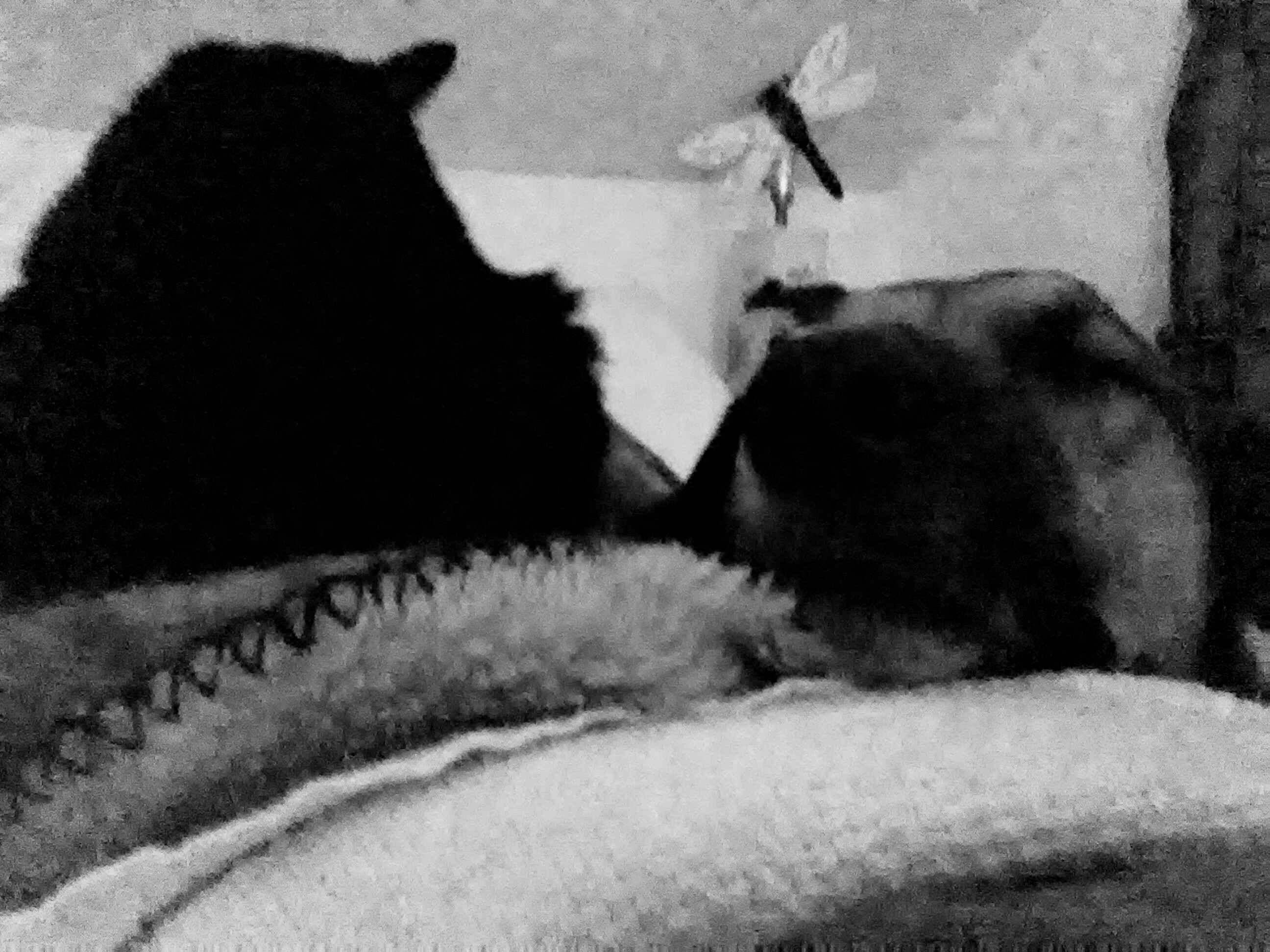 When people ask what I’m thankful for this Thanksgiving, I’m going to tell them about Mayflower, a baby turkey who was found at a meat auction and rescued before he could be slaughtered and served as a holiday centerpiece. He now has a loving home at Broome Animal Sanctuary in New York, where he and his best buddies, Lucy and Ethel — two chickens who took him under their wings — enjoy cuddling and roosting together, foraging in the grass and eating fresh fruits and vegetables.

It’s not unusual for rescued turkeys to eat together as a family, but for turkeys and chickens to flock together is somewhat unique, especially now that Mayflower has grown to be at least twice as large as his chicken friends. But the three are birds of a feather, and I’m grateful that they’ll never be anyone’s dinner.

Turkeys enjoy human companionship, too, and like having their feathers stroked. And while I’m not sure if Mayflower has any favorite jams, turkeys are also known to gobble along to music. In nature, these spirited adventurers can climb trees and run as fast as 25 mph. Tom Savage, a retired poultry scientist, views them as “smart animals with personality and character, and keen awareness of their surroundings.”

If you watch the video footage of Mayflower, which can be viewed at PETA.org, you’ll see that he’s a charismatic, personable bird. But had he not been rescued, his toes and upper beak, like those of the more than 44 million sentient turkeys killed for Thanksgiving each year, would have been cut off with a hot blade — and no painkillers — in order to prevent him from pecking and clawing at the other birds out of frustration caused by confinement to miserable conditions.

Mayflower’s snood — the fleshy appendage that hangs beneath a male turkey’s beak — would also have been chopped off, causing him acute and chronic pain, and he would have been denied even the simplest pleasures, like breathing fresh air. He would have been served with fruit and vegetables, not treated to them.

Farmers genetically manipulate turkeys and dose them with antibiotics in order to keep them alive in severely crowded, disease-ridden conditions — as well as to stimulate unnatural growth. Those raised for food grow so large that they can barely walk, let alone mate, so they’re bred through artificial insemination.

Turkeys are typically slaughtered when they’re 5 months old. They are shackled and hung upside down and then their heads are dragged through an electrified “stun bath,” which immobilizes but doesn’t kill them. Many terrified birds manage to dodge the tank, so they’re still conscious when their throats are cut. If the slaughter blade and the backup killer fail to cut their throats adequately — which happens frequently — they’re scalded to death in feather-removal tanks.

So had Mayflower not been rescued, he would have been killed in a violent, painful way and endured prolonged suffering — just so people could gobble up his flesh one afternoon surrounded by turkey decorations.

Fortunately, there’s no need to take a turkey’s life in order to celebrate the blessings in your own. It’s easy to make a cruelty-free gourmet main dish, such as a savory pot pie, as well as vegan versions of other traditional holiday favorites, including mashed potatoes, stuffing, green-bean casserole and pumpkin pie. Another easy option is a ready-made delicious vegan feast, such as Gardein’s holiday roast with cranberry–wild rice stuffing and turkey-free gravy.

If the video of Mayflower and his mates exploring and eating a tomato — his favorite — isn’t enough to convince you that he is someone, not something, please consider visiting a farmed-animal sanctuary where you can get to know turkeys and other intriguing animals for yourself. Here’s to a happy and humane holiday season.