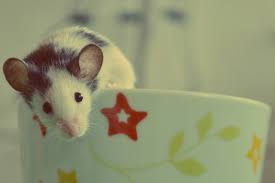 There are two lessons to be learned from the startling new study reporting that decades of burn, sepsis and trauma experiments on mice have led nowhere: First, mice aren’t good stand-ins for humans. The second one I’ll get to in a minute.

The study, just published in the Proceedings of the National Academies of Sciences, examined human cells and found that what happens to mice when they’re burned and infected isn’t the same as what happens to people. The time and resources spent using mice to try to figure out how to treat humans are “a heartbreaking loss of decades of research and billions of dollars,” according to National Institutes of Health Director Dr. Francis Collins. Scientists now understand why all 150 drugs developed using these animals failed in human patients. The study’s lead author stated, “[Researchers] are so ingrained in trying to cure mice that they forget we are trying to cure humans.”

Here’s the second lesson: If scientists and their funders had taken the ethical course from the start—that is, if they had not harmed and killed some beings in an effort to help others—we might be much further along scientifically. As a nation, we’d be more progressive ethically, too.

Look at some of the burn studies now being conducted at the University of Texas Medical Branch. Mice, dogs, sheep and pigs are burned over as much as 40 percent of their bodies with a scorching-hot metal rod or the open flame of a Bunsen burner. The animals suffer for weeks before they are killed. In some of the experiments, animals are also forced to inhale smoke to injure the lining of their respiratory tract.

It’s tempting to say that now we know that the mice—and likely the dogs, pigs and sheep—suffered for nothing. They surely did. (And now, as PETA supporter Paul Harvey would have said, for the rest of the story: The university fired three supervisors and was fined by the U.S. Department of Agriculture after PETA provided evidence that the animals were denied adequate pain relief for their burns.)

Animals have suffered for decades in dead-end laboratory searches for cures for human ailments. The Food and Drug Administration has reported that 90 percent of drugs that test safe and effective in animals either fail to work in humans or harm them. A 90 percent failure rate should be unacceptable. It’s certainly ample evidence that animals, while they no doubt feel pain and want to lead their own lives, are nevertheless not biological replicas of humans. Recent landmark reports have even found that chimpanzees, humans’ closest genetic relatives, are terrible models of human ailments.

If animals had been left out of this scientific equation, would science be further along in its quest for drugs to treat burn and trauma patients? What avenue not pursued might have been the right path to helping people?

We all owe the authors of this study a huge thank-you. They have proved once again that it is modern studies using human cells, not deadly experiments on animals, that will actually help people who have been badly burned. But now is a good time to learn the larger lesson: We can and must solve human problems without harming animals.