December of last year marked the 20th anniversary of women successfully being integrated into the ranks of the Worcester Fire Department. Angela Roy of Webster, the first woman firefighter to serve in the Worcester Fire Department who received her badge on December 16, 2000 said on June 17, 2018 during a radio interview on Radio Station, “940 in Webster,” When I go to work for a 24-hour period, I go to my family.”

Coming onto the department when she did “was an adventure.” Roy said. 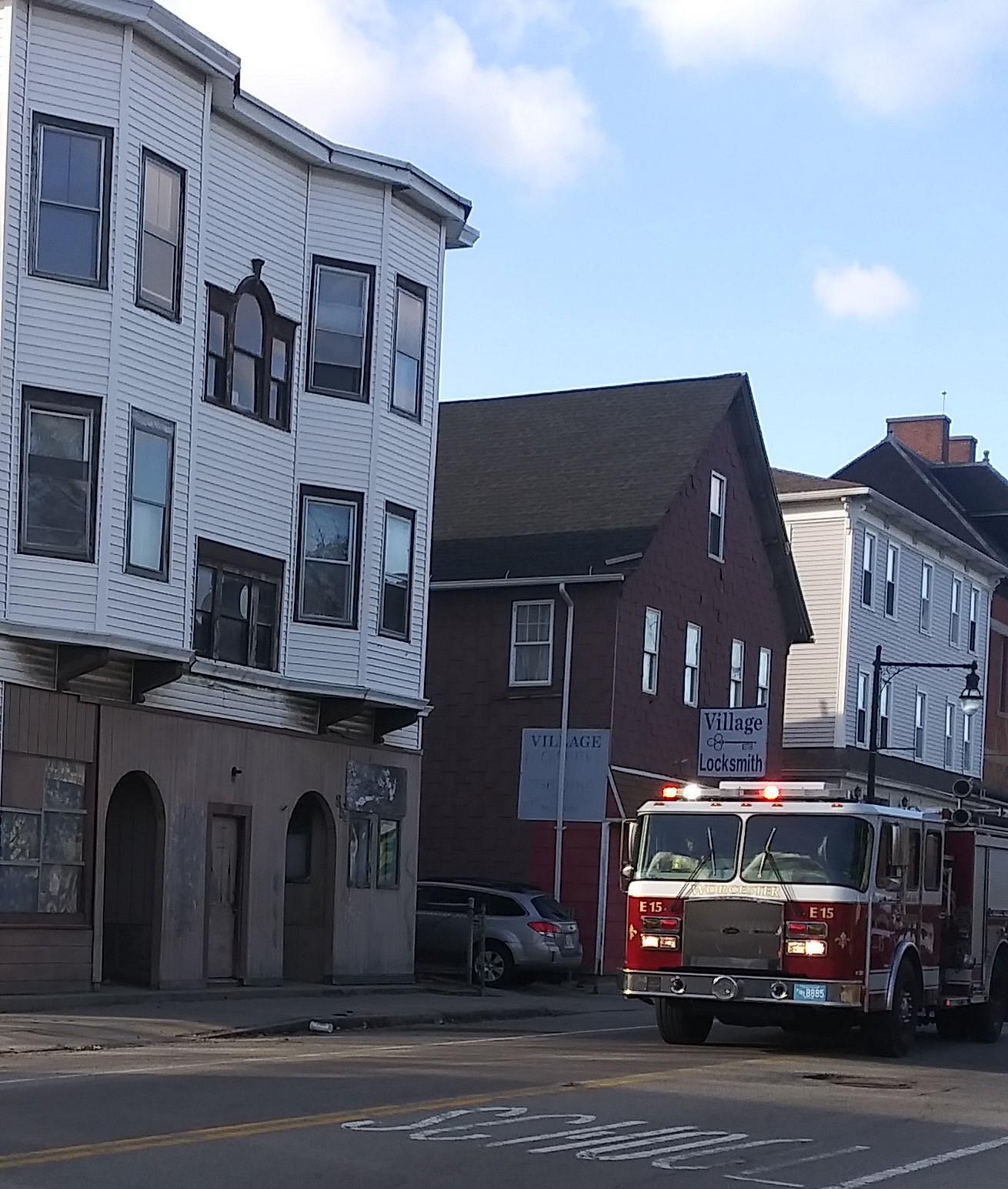 According to Michael Papagni, the president of the Worcester Firefighters Union, there are now 11 women firefighters out of the total of 394, “and within the last year, one woman firefighter has retired,” he said.

According to the website for the National Fire Protection Association, (NFPA) there are 370,000 career firefighters in the United States and in 2018, 15,200 or 4% were women.

As of March, 2019, there were approximately 12,500 firefighters in Massachusetts, of which 443 were women. The efforts at integrating the Worcester Fire Department from an all-male white bastion actually had its beginnings in the 1970’s.

Before that, there were no minority firefighters. As a matter of tradition, these jobs were usually passed onto the sons of firefighters. In the 70’s, no women applied. Increasing the diversity of the Fire Department did not begin to affect staffing levels until 1971 when the department hired its first African American firefighters, among them Theodore “Buzzy” Salmon. 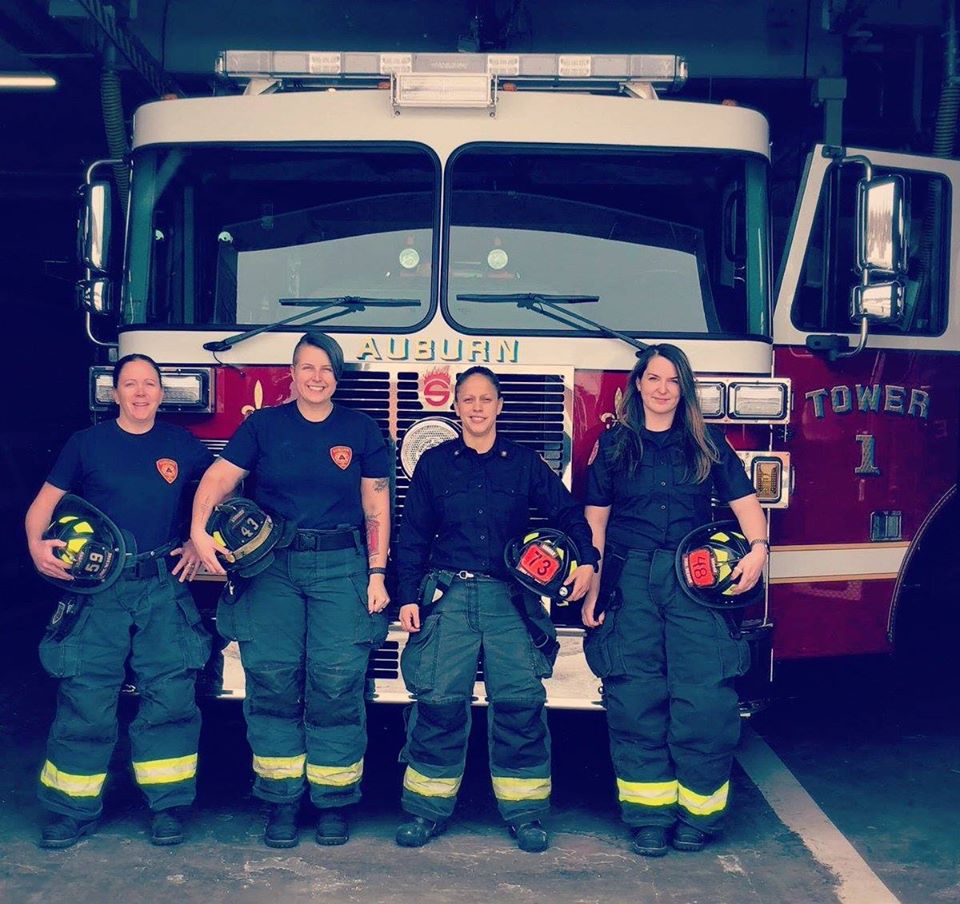 Carmen Figueroa was the first woman to apply in the summer of 1994. She took the Civil Service exam, had a physical strength test and an interview but was never selected. Later, two other Worcester women, Amy Kelly, who took the exam in April, 2000, and Joan Cannon, who took the exam in 1999, also applied, but neither was appointed.

It was not until 2000 that the battle cry for hiring women city firefighters was picked up by Edwin Cancel, chief Executive Officer of the Business Inclusion Council, a minority business group.

In 2000, the department remained predominantly white. According to the U.S Bureau of Labor Statistics for the City of Worcester. Out of 444 firefighters, there were 21 black firefighters (4.7%), 16 Latino firefighters (3.6%) and 2 American Indian firefighters (0.5%).

Cancel and others at the time, believed that the Worcester Fire Department lacked diversity.

In a May 15, 2000, Worcester Telegram article, “Wanted: minorities, women: Firefighters should reflect ethnic diversity,” Cancel was quoted as saying, “I think it is important that it (the incoming class of firefighters) has some numbers of minorities and women in it, because this may be an opportunity we don’t have for several years.”

The following week, on May 23, 2000, former City Manager Thomas R. Hoover announced a plan to not only hire more minority firefighters, but also to appoint the city’s first women firefighters. According to Hoover, this was made possible because the city used three separate Civil Service lists to select five minorities, six women and five white males to comprise its recruitment class for 2000.

If adopted, this order would have severely blocked women from being appointed.

The rejection of this measure by a 9-2 vote on May 30, 2000, paved the way for the city to welcome its first women firefighters. In August 2000, the city had announced that it was going to renovate each of the city’s fire stations to meet the needs of women firefighters.

On August 16, 2000, the Worcester Telegram announced that “three women will be part of the 23-member recruit class” scheduled to start training on September 11th.”

In announcing the hiring of the women firefighters, Hoover said, “You are talking about a couple hundred years of culture.”

In a Worcester Telegram article on October 24, 2000, “Trial by Fire,” the city released the names of the three women fire cadets who were still undergoing their Fire Academy training: Angela Roy, Robin Mitchell and Ann Pickett.

At the time, Worcester firefighter Frank Raffa hailed the City Manager’s decision saying, “We’re happy with that decision and we are looking forward to the recruit class. We need them,” Raffa said, adding that many departments have employed women firefighters for years.

“To say that they [women] can’t do the job is not true and they’re qualified. All they have to do is get through the recruit training,” he said.

They all agreed that working as firefighters is what they call, “their ideal job.”

In summing up the group’s view of firefighting, Soja said,” There is no downside and it is not a desk job.”

Of the trio, Didonato has been working as a Firefighter/ EMT since 1993 and has 14 years with the Auburn Fire Department. Not very far behind her in seniority is O’Brien, a 13-year veteran, while Soja was hired in 2019.

Tyler was hired in January of last year according to Deputy Fire Chief Glenn Johnson. Didonato, O’Brien and Soja all said that they were not treated any differently because of their gender. Didonato said,” We, as women are like one of the guys (male firefighters)” and O’Brien, echoing her colleague, said, “I don’t want to be treated differently as a woman.”

“The guys do not speak or act any differently around me than they would any other member of the department,” O’Brien said.

O’Brien said her father was a member of the Worcester Fire Department “who always supported my pursuit of becoming a firefighter.”

She met her husband, Donnie when they were both in a training in 2007 and he currently works as a member of the Worcester Fire Department.

Former Worcester City Manager Tom Hoover also welcomed the city’s first women firefighters. “Today, for the first time as city manager, I get to welcome men and women of the Worcester Fire Department, and that is something that hasn’t happened in a couple of hundred years.”

When Roy was first appointed, she originally worked at the Franklin Street Station, the site of the December 2,1999 Cold Storage Warehouse Fire that claimed the lives of six city firefighters. Roy has since been transferred to the Tatnuck Fire Station. This Correspondent caught up with one of Roy’s former colleagues, Edward Pietrewicz who is now retired from the department said he “brought Roy to her first fire on Morningside road.”

Pietrewicz recalls that she “both drove the fire truck at the time and used the water pump.” Pietrewicz lauded Roy as “being quite capable” and added that “having women join the department overall has been an asset for the city.”

Roy has become a local celebrity. In August, 2014, in an “Advertorial,” The Worcester Airport and Massport featured a picture of Roy and her son, Brady in promoting Jet Blue’s Inaugural flights from Worcester to Ft. Lauderdale and Orlando Florida.

“All Worcester Firefighters work at the highest level of our profession,” Papagni said in an interview at the annual Central Massachusetts Labor Day breakfast that was held in West Boylston on September 2, 2019.

“Our job does not discriminate on the basis of gender. We work together as a Brotherhood and Sisterhood. We are family that is an integral part of the Worcester community. We embrace diversity,” he said.

“The city has done well to recruit women and people of color, and it has made the city stronger as a community.”

Councilor at Large Kate Twoomey, chair of the city council’s Committee on Public Safety echoed the mayor.“Public Safety is better because of the men and women of the Worcester Fire Department being held to a higher standard, and as a woman, I’m grateful for those brave enough to put their lives in the line of fire.” 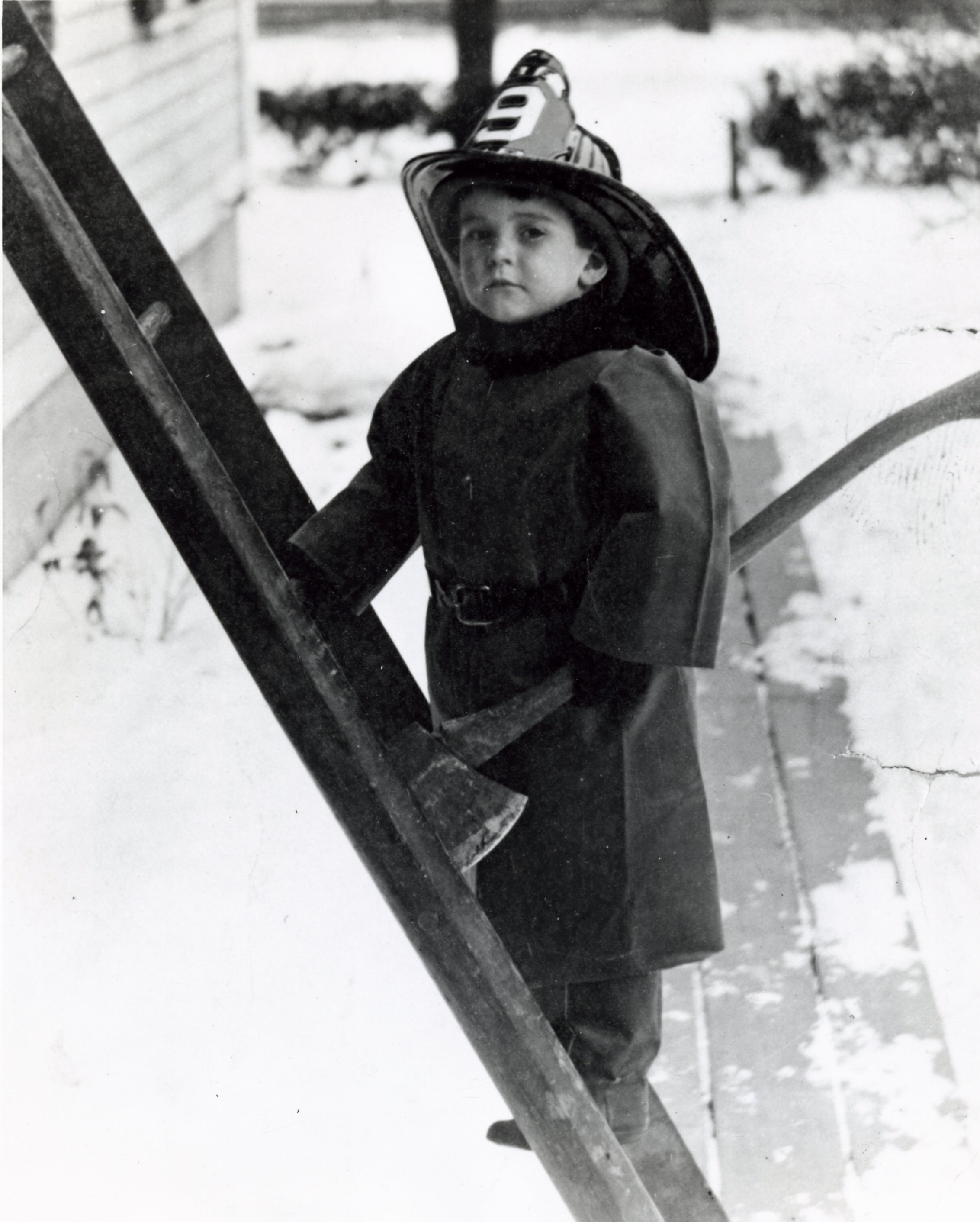