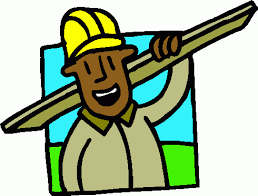 We celebrated Labor Day earlier this month, and some workers enjoyed a well-earned day of rest. Many did not, as they perform vital duties, often at low wages, to keep our society moving. My newspaper and mail have been crowded with ads for special sales, back-to-school sales, preparation for fall and winter; and already the Halloween stuff is out, though it is nearly two months away… Students are back in school, colleges are in full swing, and the mad rush toward the end of another year has begun.

I always assumed that we are not here just to consume as much as we can, accumulate as much wealth as possible, and contribute a little to various causes, deducting the gift from our taxes so that the taxpayers foot the bill.

But times have slowly changed, and now too many of us think that we work just to make money to survive: and it is a constant race to see how little we can be paid, how much harder we can be made to work, and how much of our labor’s rewards can be funneled to those who do no work at all, but merely move money around.

The most important work – parenting, education, cleaning up, building roads, maintaining bridges, parks, rivers, water supplies, caring for those who can’t care for themselves, and many more, without which we could not survive, are still paid starvation wages, and have to fight constantly to keep their heads above water.I did not hear much about these everyday heroes who keep our society running, on this Labor Day.

But there is hope: I see a stirring in the ranks, a slow realization that doing the real work should be rewarded, supported. Only by being organized (“there is strength in numbers”) can decent treatment be assured. For too long we have stood by and watched working people take the blame for the greed and dishonesty of those above them.

For every “welfare queen” who may have helped to make her family’s life better, there are dozens of unpunished corporations, taking tax breaks and wasting billions of this country’s assets. Let us focus on the REAL criminals, not the penny ante individuals.
Now the focus has shifted to wrecking the “non-profits” that actually help people, and do not take big salaries for themselves: because they are often run by volunteers or untrained persons of good will but lack of expertise, their bookkeeping is not always up to par: so why not point out the errors, help them straighten out their books, and help them stay out of trouble? I do not know of any small charitable non=profit whose leadership has gotten rich off their funds. The very small number of them that are really frauds are taken care of quickly and effectively. Let’s fix, rather than punish.