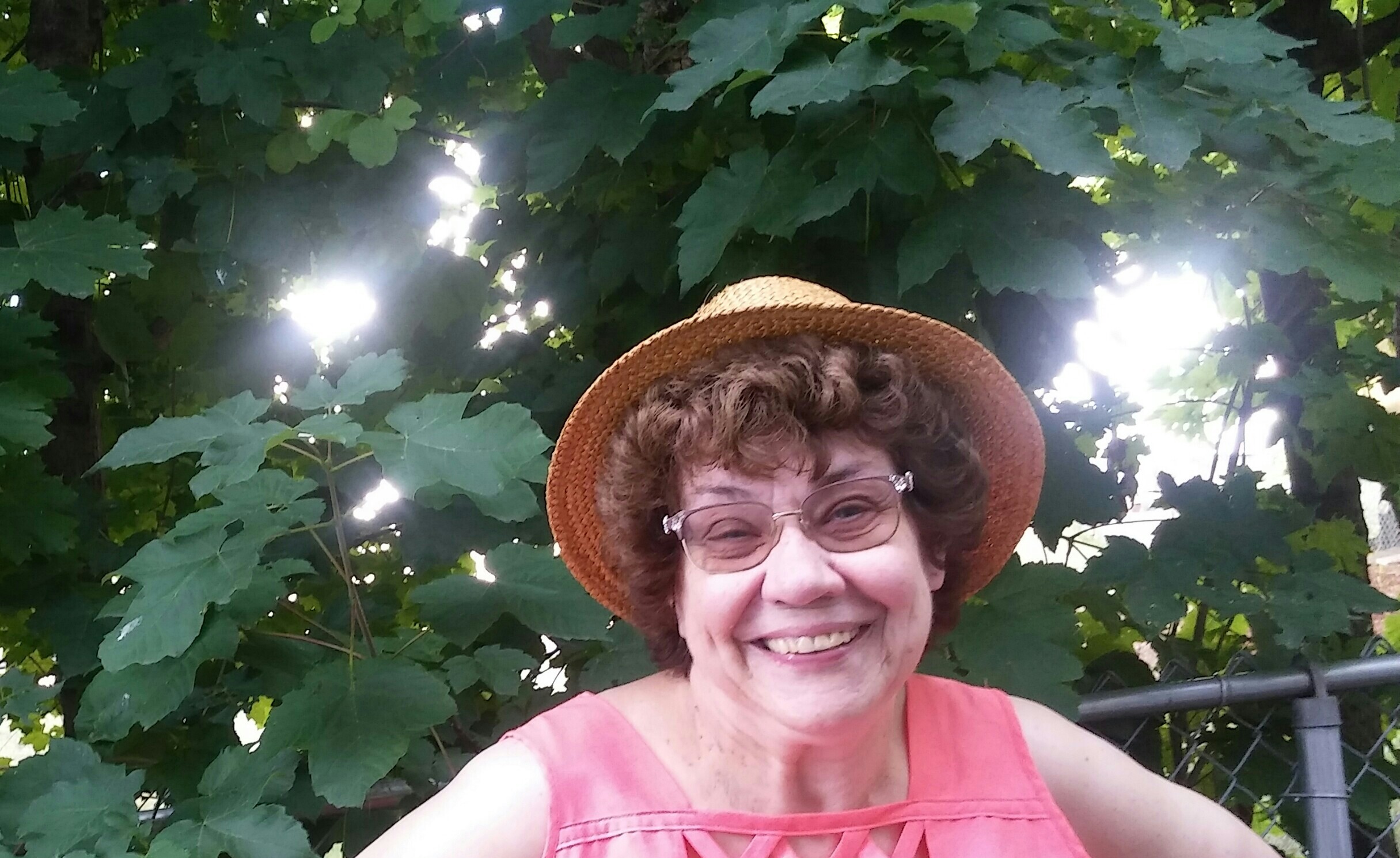 Lorraine Laurie! Known to all as the “Mayor of Green Island,” Lorraine has worked tirelessly, advocated passionately, for the blue-collar Green Island! FOR DECADES! Thank you, “Sweet Lorraine”! pics:R.T.

Crompton Park, the Green Island neighborhood’s jewel, is shining brighter than ever, thanks to major renovations started last year and continuing into this year!

The work on the Canton Street side of the park is made possible by a PARC
(Parkland Acquisitions and Renovation for Communities) state grant for
$400,000 and a City of Worcester match of $750,000. in funds including CDBG
(Community Development Block Grant) monies.

The current renovations complement the 6,500 squarefoot pool that was opened
on July 1, 2011. The ultra- modern complex which cost $2.7 million features a zero depth entry pool,a splash pad for toddlers,a slide, 3 lap lanes, outside showers, security and a family restroom and changing area. 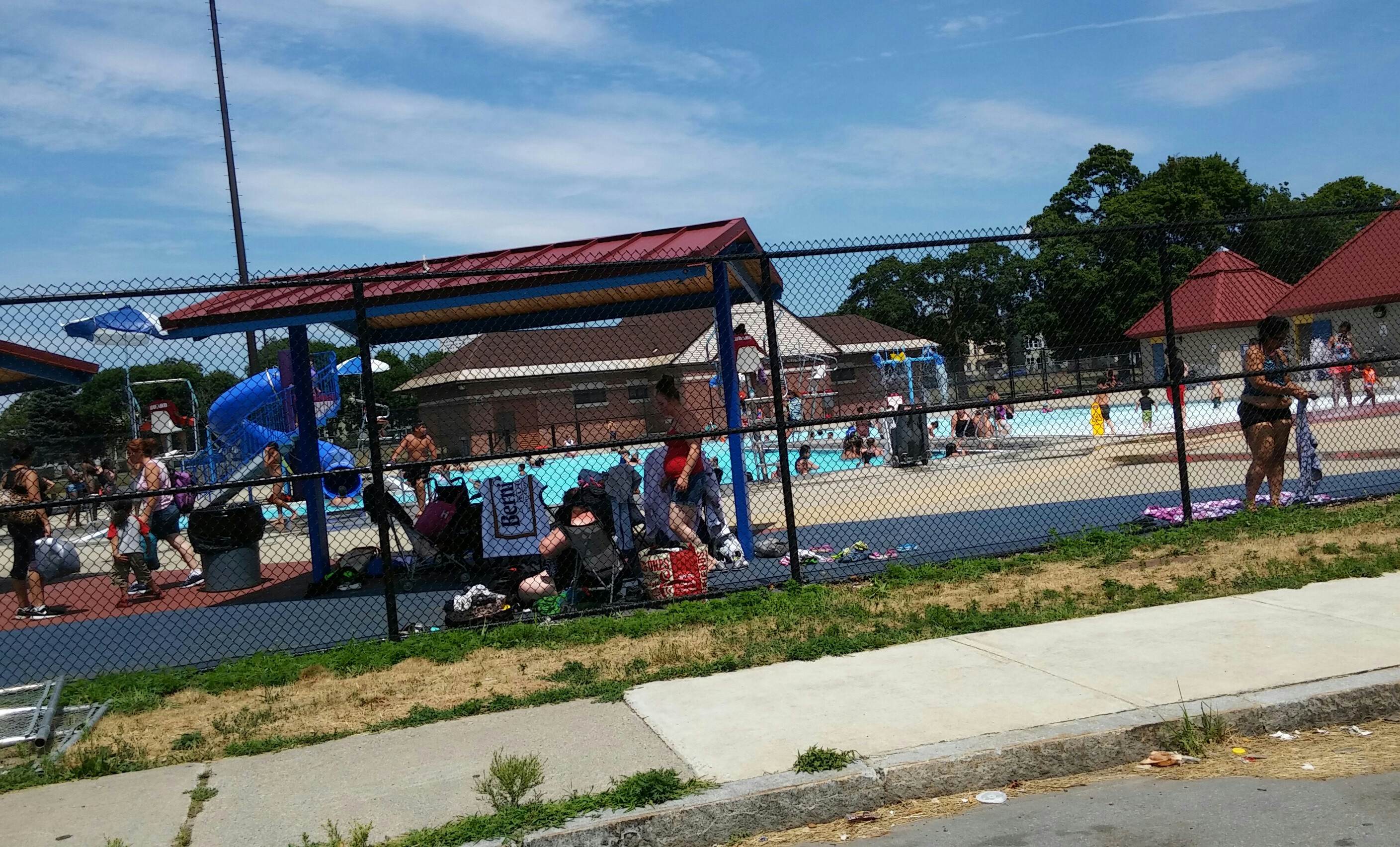 The Canton Street side of Crompton Park is now more accessible and safer be-
cause of the ongoing renovations. The entrance driveway and parking area have been moved to the left side of the awimming pool complex. A green space, in turn, has been created between the playground and the swimming pool area. The new improvements enhance the modern playground area on the corner of Harding and Canton streets and tie it in more to the nearby pool complex.

A new tennis court has replaced the old
courts and will feature United States Tennis Association “Quick Start”markings for youth development. The “Tenacity” program is already using the court as part of this summer’s activities in the park. Also, the court is adaptable for use as an ice skating venue in the winter. Two handball courts, new to Crompton, have been built near
the corner of Canton Street and Quinsigamond Ave. (in case you wonder what the large wall is!) and have proven to be very popular in other parks such as South Worcester Playground on Cambridge and Camp Streets.

Renovations have kept in mind maintenanceissues so that the improved areas will be much easier to care for and keep in shape.

All these upgrades and additions were many years in the making. Like the saying goes, “Anything worth having is worth waiting for.” Three very well attended public planning sessions were held at the Green Island Neighborhood Center itself located on the Canton Street side of the park in late 2010 and early 2011. A Master Plan for the park based on input from residents and stakeholders was developed by the firm of Weston & Sampson, environmental/infrastructure consultants whose office is located at Harrington Corner in downtown Worcester.

The plan was presented in March 2011. It was approved publically by the Worcester Parks & Recreation Commission on March 31, 2011 and the Worcester City Council on February 28, 2012. 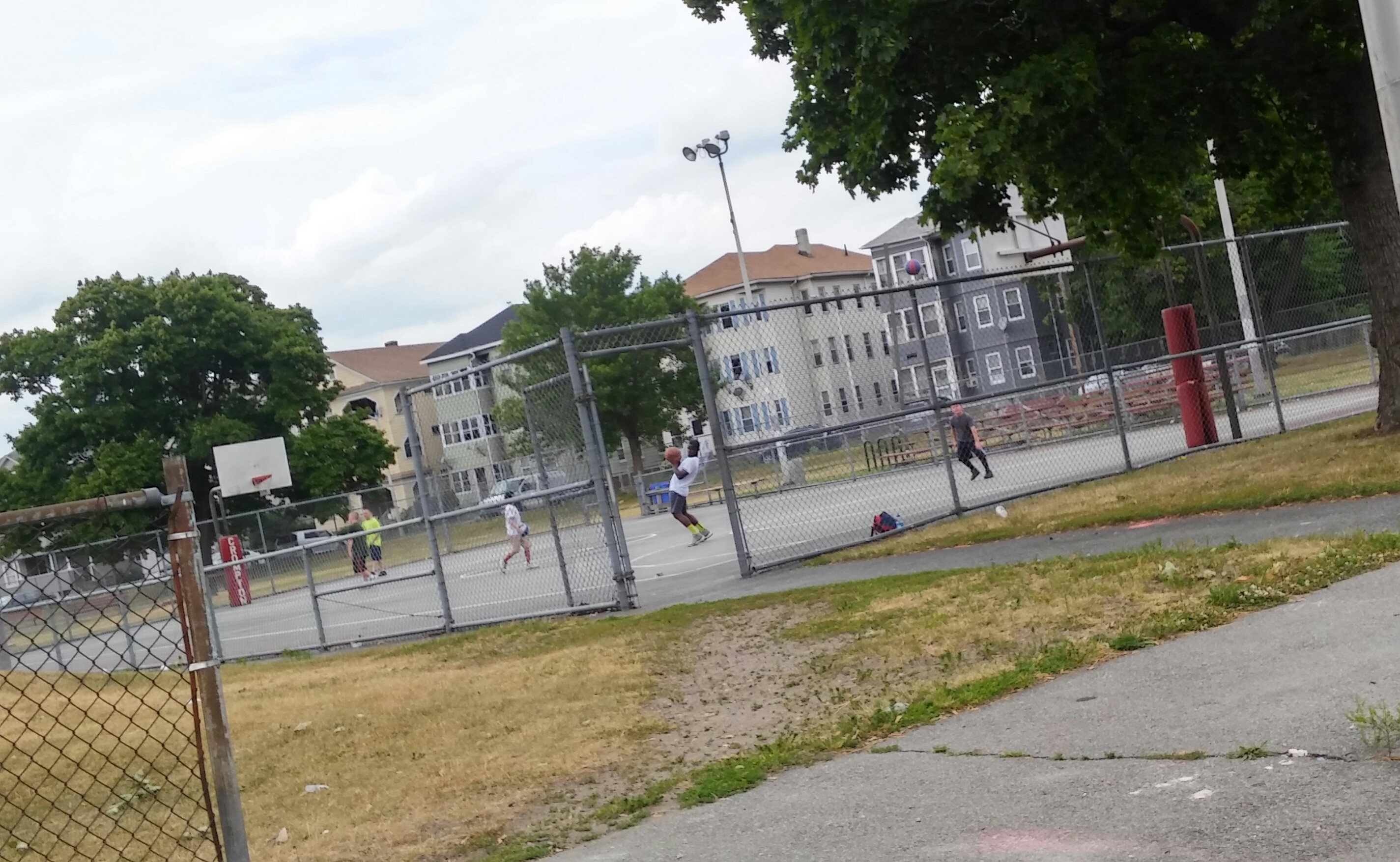 Crompton Park’s basketball court – a neighborhood icon – has been around for decades and drawn thousands of kids (and adults) looking to shoot hoop! Safer and more accessible renovations of this very popular and heavily used basketball court – “Cousy Court”! – are in the works!

What makes this planning session so special is that the master plan isavailable on the City Parks Department web site(www.worcesterma.gov – Parks/Rec/ Cemetery City Parks)!

A grant was submitted to the State but not funded. It was resubmitted the next
year. With the help of State Senator Michael Mooreand State Rep. Daniel Donahue, the PARC grant was successfully obtained; the City committed its match and the bidding process was undertaken.

This feature reporter is especially thrilled about having participated in the Master Plan process as Chairperson of the Green Island Residents Group, Inc.and is excited about the renovations that are taking place. She fondly recalls participating in the
previous Crompton Park Planning Group which met from 1981 – 1983. Thomas
“Tom” W.Taylor was the Parks Commissionerthen and James E.“Jef” Fasser was the parks Department Landscape Architect.

The top priority then was having the Green Island Neighborhood Center move from its rented Millbury Street store front to the old shower house on the Canton Street side of the park. With the help of grant and CDBG money,the deteriorated and vacant building was renovated to the needs of the Center. The building became “home” for the Center on September 27, 1984 and its new address became “50 Canton Street – Crompton Park.” 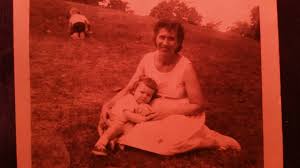 ICT editor Rosalie and her mom, many years ago … they’re relaxing on what used to be known as the little hill at Crompton Park!

Speaking of the Green Island Neighborhood Center, Rochelle Appiah, Site Manager at the Center, says she is “looking forward to the completion, to the City of Worcester, construction team, pavers and builders we all say a big THANK YOU for improving our park.”

The Center is very busy with 30 eager children participating in the summer program. They play soccer on Tuesday and Thursday mornings with Staff from the Worcester Youth Soccer GOALS program. On Monday, Wednesday and Friday its Tenacity program time on the tennis court.

These two programs are open to all children ages 6 -12.

The pool is quite busy from noon to 7 p.m. daily and according to Rochelle “It’s the highlight of the day.“ Rochelle adds “I don’t want to
forget the beautiful WRTA building, sure does make a difference. Every day I look out of my window and say this neighborhood is on the rise!”

What’s in the future for Crompton Park?

When asked what he would like to see
done next from the Master Plan, Assistant Commissioner “Rob” Antonelli named three areas – not in any particular order:

a rubber surface for the playground so it will be softer

and renovations to the softball field which alone “will cost $1 million or $2 million.”

Ronald “Ron” Charette, Executive Director of the South Worcester Neighbor hood Improvement Corporation, which runs both the Green Island and South
Worcester Neighborhood Centers sums it all up nicely. He says: “For nearly four
decades, the Green Island Neighborhood Center has enjoyed a great partnership with the Worcester Parks Department, starting with former Commissioner Tom Taylor and continuing with Rob Antonelli. The transformation of Crompton Park, under the leadership of Rob Antonelli, continues to build on this great partnership, making our park a jewel for the entire community.”

At 128 years old, our Green Island “Jewel” shines brighter than ever!