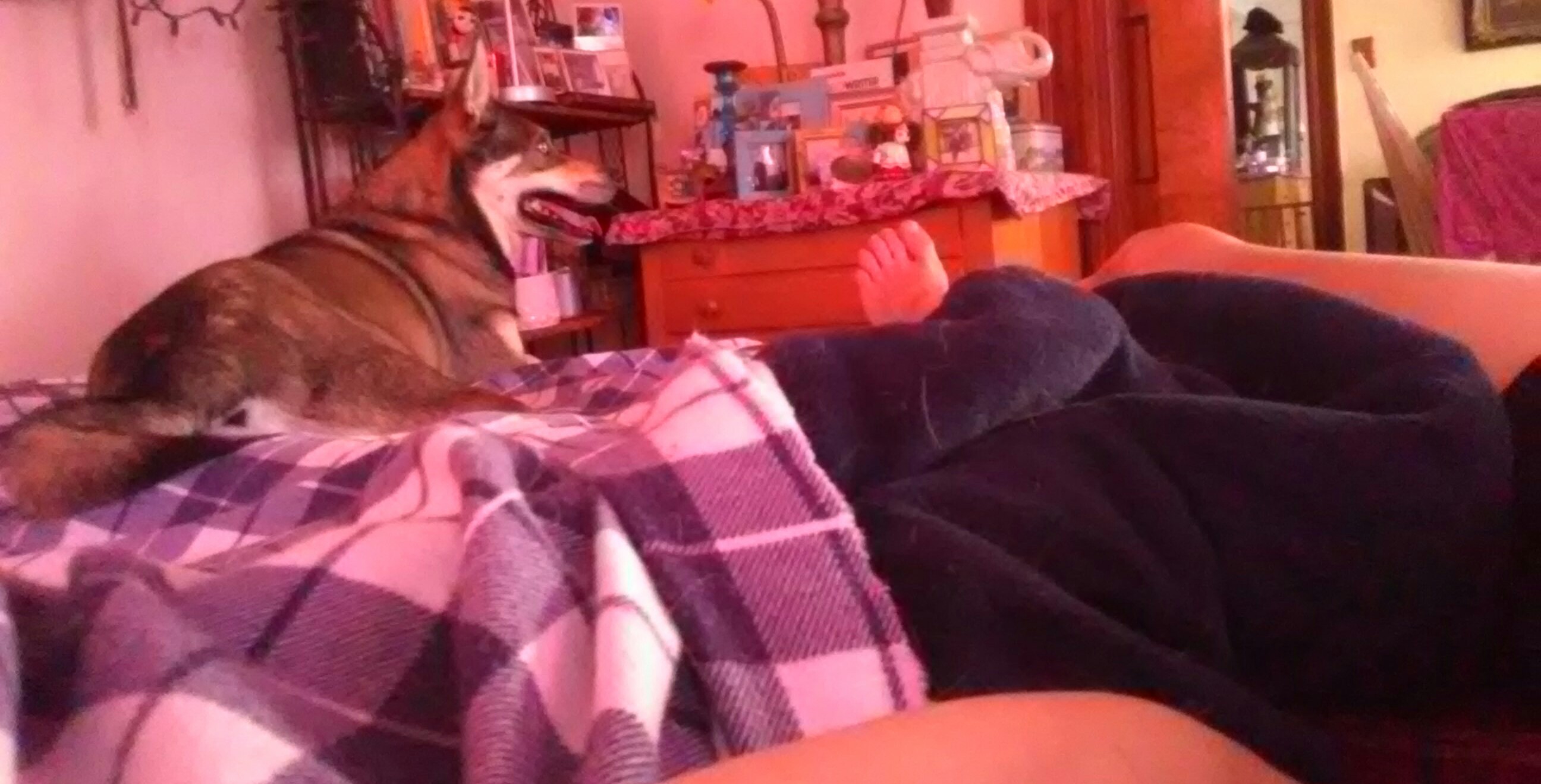 Ways to keep dogs cool when it’s HOT OUT! – from PETA.ORG:

During the “dog days” of summer, the temperature inside a parked car can climb to well above 100ºF in just a matter of minutes. Beating the heat is extra tough for dogs because they can only cool themselves by panting and sweating through their paw pads.

Heatstroke can come on quickly and result in brain damage or death. Watch for symptoms such as restlessness, excessive thirst, heavy panting, lethargy, lack of appetite, dark tongue, rapid heartbeat, fever, vomiting, or lack of coordination. If your dog shows any of these symptoms, get her or him into the shade immediately and call your veterinarian. Lower the animal’s body temperature gradually by providing water to drink, applying a cold towel or ice pack to the head, neck, and chest, or immersing the dog in lukewarm (not cold) water.

“Every summer, we hear about tragedies that could have been prevented,” says PETA casework division manager Martin Mersereau. “Many people don’t realize how quickly animals left in a hot car or outside without shade or water can succumb to the heat.”

Prevent Heatstroke by Taking These Precautions:

If you see a dog in a car and in distress, take down the car’s color, model, make, and license-plate number, have the owner paged inside nearby stores, and call local humane authorities or police. Have someone keep an eye on the dog. If police are unresponsive or too slow and the dog’s life appears to be in imminent danger, find a witness (or several) who will back your assessment, take steps to remove the suffering animal, and then wait for authorities to arrive.

Contact PETA.ORG for a supply of fliers on the dangers of heatstroke to leave on windshields.

🐩 Don’t carry your dog in the bed of a pickup truck. This is always dangerous, but the heat brings the added danger of burning the dog’s feet on the hot metal.

🐩 Don’t take your dog jogging — except on cool mornings or evenings
— and don’t force exercise.

🐩Trim heavy-coated dogs’ fur, but leave an inch for protection against insects and sunburn. Keep an eye on areas where hair is thin, like eyelids, ears, and nose as they can get sunburned. 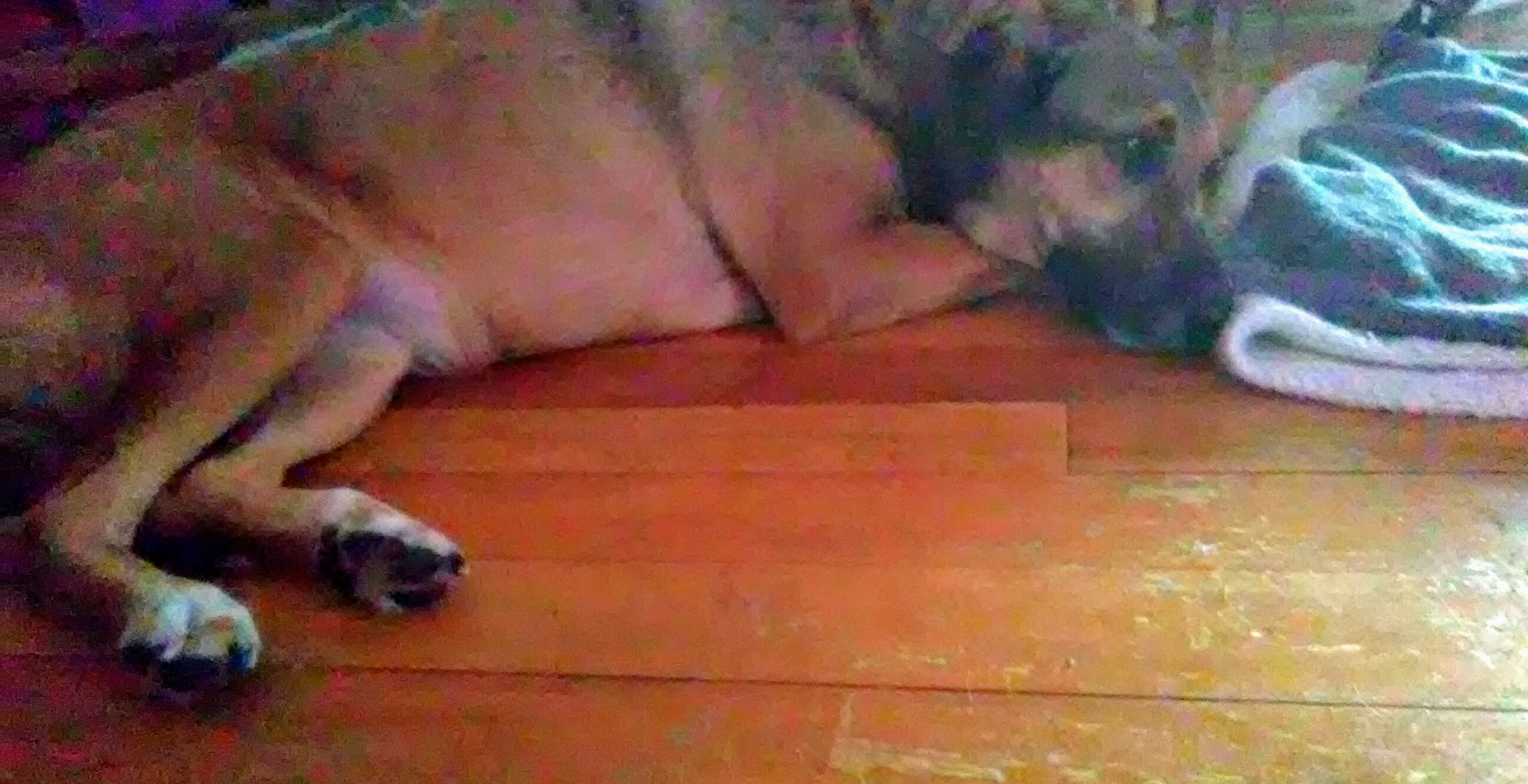 🐩Keep your dog indoors. If he or she must stay outside for long, avoid the hottest part of the day.

🐩Provide shade, water and a kiddie pool. Keep drinking water in an anchored bucket or a heavy bowl that won’t tip over.

🐩Be a watchdog for chained dogs. Make sure that they have food, water, and shelter. If you see a dog in distress, contact humane authorities. Give the dog immediate relief by providing water.

Koko, the gorilla famous for having learned American Sign Language (ASL), has died. Born in the San Francisco Zoo in 1971 and moved to the newly founded Gorilla Foundation a few years later, she spent nearly a half-century subjected to the whims and wishes of humans. She knew that she wasn’t where she was meant to be. She often signed the word “baby,” carried gorilla dolls in her arms and gently caressed her companion kittens. In the wild, she likely would have given birth to several babies, nurturing and protecting them and teaching them how to be part of an extended family. Her intelligence and sensitivity taught humans a lesson about otherness.

King Kong is fiction: Gorillas are quiet, peaceful and nonaggressive. They enjoy highly social multifaceted relationships, and their lives revolve around their families. They grieve and have been documented holding wakes for lost loved ones. In captivity, everything that they’re meant to be and do is lost. It’s little wonder that some zoos have resorted to giving them antidepressants.

Of course, Koko is only one of many animals who have desperately tried to get humans to understand what they want and need. There was chimpanzee Washoe, who signed to researchers “You me go out hurry.” And bonobo Kanzi, who, when asked by his caretakers if he was ready to do something, was known to reply, “Past ready.”

Animals need not be taught ASL—they have their own languages.

Dolphins not only communicate in complete sentences but, unlike your interrupting uncle, they patiently wait until another completes a thought before joining the conversation. Elephants issue warnings and share information across the miles using very low-frequency “infrasounds” with pitches below the range of human hearing.

Birds known as Japanese great tits use not only different calls but also syntax—a set of rules and grammar that gives specific structure to what they’re saying. Some calls mean, “Danger!” while others signal, “Come here. I found food.”

But furred and feathered animals aren’t the only ones who share news and gossip. Researchers at the National Centre of Scientific Research in Rennes, France, found that cockroaches “talk to each other” using chemical cues to pass on information about locations and types of food or about which crack or shelter might make a good home for the day.

And then there’s the bored beluga whale in a San Diego facility who so convincingly mimicked human speech by ordering a diver to “get out” of his tank that the diver thought his colleagues were playing a joke on him.

Animals in our own lives “speak” all the time. Dogs whimper for a moment of their human’s attention or because it’s been too long since someone thought to let them out to “do their business.” Anyone who has lived with a cat knows the difference between a meow that says, “Get up—I want breakfast!” and an excited yowl meaning that a squirrel has been sighted.

Language doesn’t consist of just vowels and consonants. Body language alone speaks volumes. Yet when animals use their tails, ears, eyes and voices, we often don’t even try to interpret or acknowledge their bona fide communication. Animals’ language is no less real than our own. It’s time we listened.

Taking dogs to the groomer shouldn’t be a death sentence

It was the first time that we’d left Heath and Abby at PetSmart, and our instructions were clear: Do not put the dogs under the dryer.

The groomer never got the message.

But my husband got one, a phone call saying that they were ready to go home. Can you imagine his shock when he arrived at the Gainesville, Georgia, store and learned that Heath, a former racing greyhound and a loving member of our family for about four years, had “expired”? A punch to the gut couldn’t have felt any worse.

Expired? We still don’t know how long Heath, a sweetheart who loved going on long pontoon-boat rides, was left under the blower. Instead of answering our questions, PetSmart sent flowers and a card and donated to a greyhound rescue.

Heath’s remains, though, were hustled to an emergency vet 40 miles away, at the University of Georgia. That was PetSmart’s idea—to see if he had any preexisting conditions. The necropsy’s results were as clear as our instructions: Heat exhaustion had killed him.

That was six years ago, but it feels like yesterday.

Losing Heath has been hard enough, but there’s another reason why we’re still hurting: Every time we read about another dog who was killed or injured by a groomer, it reopens the wound. I was floored when I realized that these incidents happen with alarming frequency.

Just last month, a corgi named Abby died at a New Jersey PetSmart—her human got a call an hour after dropping her off that he could pick up the body. Before that, Scruffles, a healthy, 8-year-old bulldog, and a dog named Ranger died within days of each other at another store in New Jersey. Skip, a Jack Russell terrier, went into fatal cardiac arrest while being groomed at a California Petco. Colby, a golden retriever, died after being left under the dryer too long at a Virginia Petco.

Those dryers can reach temperatures as high as 135 degrees.

Dogs who aren’t killed sometimes leave the grooming salon maimed or psychologically scarred. When a woman in Seattle took her shih tzu, Jasmine, home, she discovered that her ear had been cut off and glued back in place. A groomer at a Texas store was filmed yanking another shih tzu, Boo, around by the face and ear.

What can we do about this?

The first step is to learn how to groom your dog yourself or hire a groomer who will come to your home. That way, everything takes place under your watchful eye. If that isn’t possible, insist on being present during the grooming, and ask that your dog be air-dried. Cage dryers can malfunction or be left on inadvertently—and you already know where that can lead. Again: Never, ever leave your dog if you can’t be there, too.

Before deciding where to go, ask if the groomer is a graduate of a training program or belongs to a trade organization, ask if any animals have died or been injured at the salon, and ask the Better Business Bureau if any complaints have been filed against it. Also, request references and—this goes without saying—make sure that the groomer is experienced.

If your dog is injured or—God forbid—killed, you can file a small-claims suit or lawsuit. And go to the media: A TV report or newspaper story can prevent more tragedies. Public awareness is a powerful tool.

I’d like to see groomers slow down, but I’m not holding my breath. Making a profit is always the top priority for big-box pet stores, whether it’s by running the salon like an assembly line or using the fish, reptiles, birds and small animals they get from filthy, abusive mills to entice customers into spending hundreds of dollars on tanks, cages and anything else to pad the bottom line.

What I am doing is refusing to buy anything, even a can of dog food, from stores that sell animals. Every dollar spent there, including at the grooming salon, helps support animal suffering.