Neighbor to Neighbor, a community organization, and EPOCA, an advocacy organization for ex-prisoners, held a forum this week at the Worcester Public Library for the Justice Reinvestment Act. This Act is making its way through the Massachusetts State Legislature.

The Justice Reinvestment Act is what is called an omnibus bill which contains several related, but dissimilar bills.

It concerns itself with the reform of the present system of incarceration which many consider detrimental to society. It has been mentioned in the discussions of New Jim Crow racism and is loosely connected to the BlackLives Matter civil rights movement.

The bills are roughly divided into two parts: sentencing reform, jobs and school.

A. Repeal of mandatory sentencing, especially for non-violent drug use

B. Reduction from felony to misdemeanor of some charges, such as shoplifting and petty theft.

C. End the Registry of Motor Vehicles’ practice of confiscating driver licenses of prisoners and the fine of $500 to have the licenses reinstated.

D. Allow prisoners who are terminally ill to leave prison for a hospice, hospital or home.

E. Savings accrued from the reforms seen above to be dedicated to the creation of jobs and support for schooling of victims, released prisoners and at-risk children. 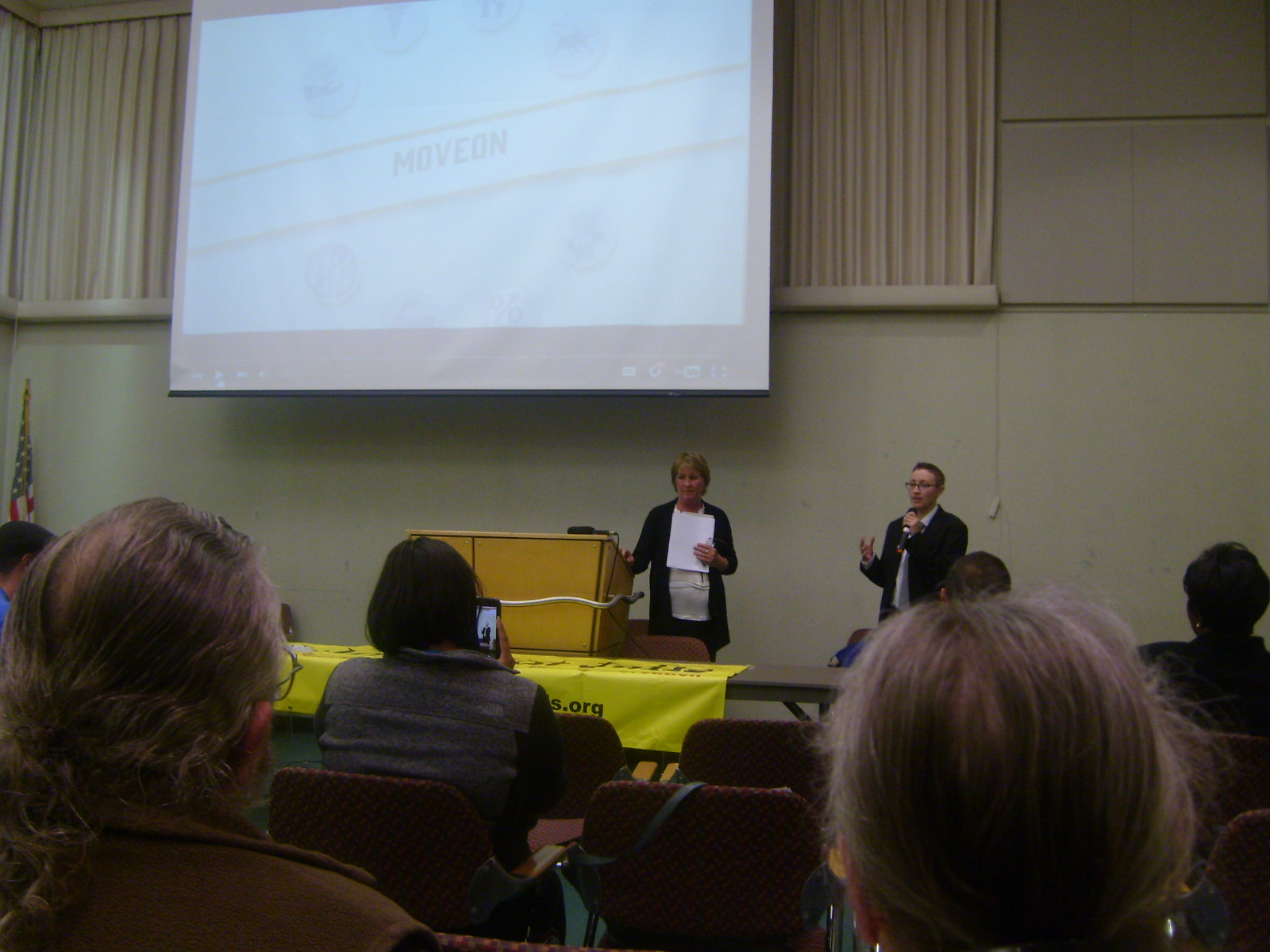 State Rep. Keefe and an Aide from State Sen. Chang Diaz’s office at the EPOCA forum at the Worcester Public Library

The Justice Reinvestment Act is being sponsored by Representative Mary Keefe of Worcester and Senator Sonia Chang Diaz of Boston. There are also 55 other co-sponsors in the legislature. I am especially happy that Representative Keefe is sponsoring the Justice Reinvestment Bill. For a while, there was some talk of her not being able to represent some of her constituents in her majority-minority district well. This sponsorship should put that talk to rest, as she is now more vocal on the concerns of the entire district. I am also happy she has made allies with the so called minority legislators in the State House.

Representative Keefe and an aide from Senator Change-Diaz’s office spoke in support of the Justice Reinvestment Act. Also speaking was Barbara Duggan from FAMM and two former prisoners, who spoke of the difficulties they faced.

Luz Vega, a spokesperson for Neighbor to Neighbor, said the Justice Reinvestment Act was needed as a way to improve the communities in Worcester. Delia Vegas from EPOCA said the Justice Reinvention Act is needed for the mitigation of the system of mass incarceration of people, especially young men for non-violent crimes.  It is also needed to create a system in which people who have criminal records can work and support themselves and their families.

Present impediments to work and school are hard to overcome and create a sort of self-sustaining poverty.

During the question and answer segment of the forum Cassandra Bensahih, who moderated the event, said the likelihood of the Justice Reinvestment Act passing is depended directly on the support we in the public give it.

She announced that EPOCA and Neighbor to Neighbor are organizing buses to go the State House hearings on the Act.

On October 14, there will be a rally outside the State House before going into the hearings.

The buses from Worcester will leave Worcester City Hall, October 14, at 9:30 AM.