… and here we are in Worcester, stuck with the Boston Marathon mass murderer. Don’t believe Peter Stefan of Graham,  Putnam and Mahoney Funeral Home – he IS doing this FOR PUBLICITY.  FREE WORLD-WIDE  publicity. 80% free publicity – 20% caring for the unwanted. Pathetic. Shame on him, putting Worcester and the Main South neighborhood through this hellish circus.   – R. Tirella 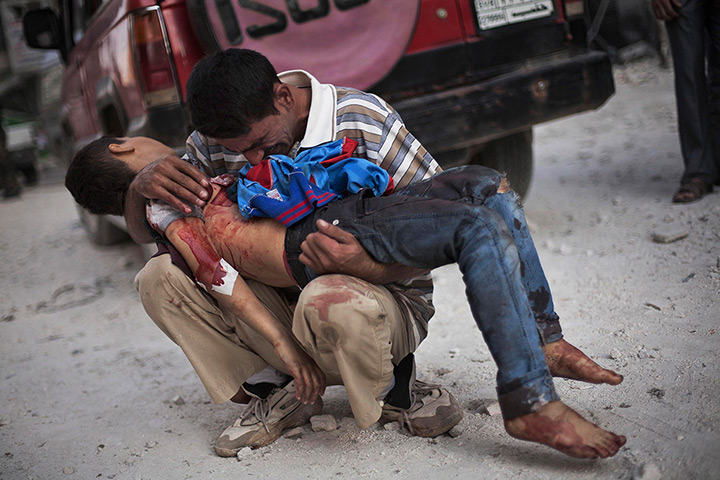 A Syrian man cries while holding the body of his son near Dar el-Shifa hospital in Aleppo in October 2012. The boy was killed by the Syrian government forces