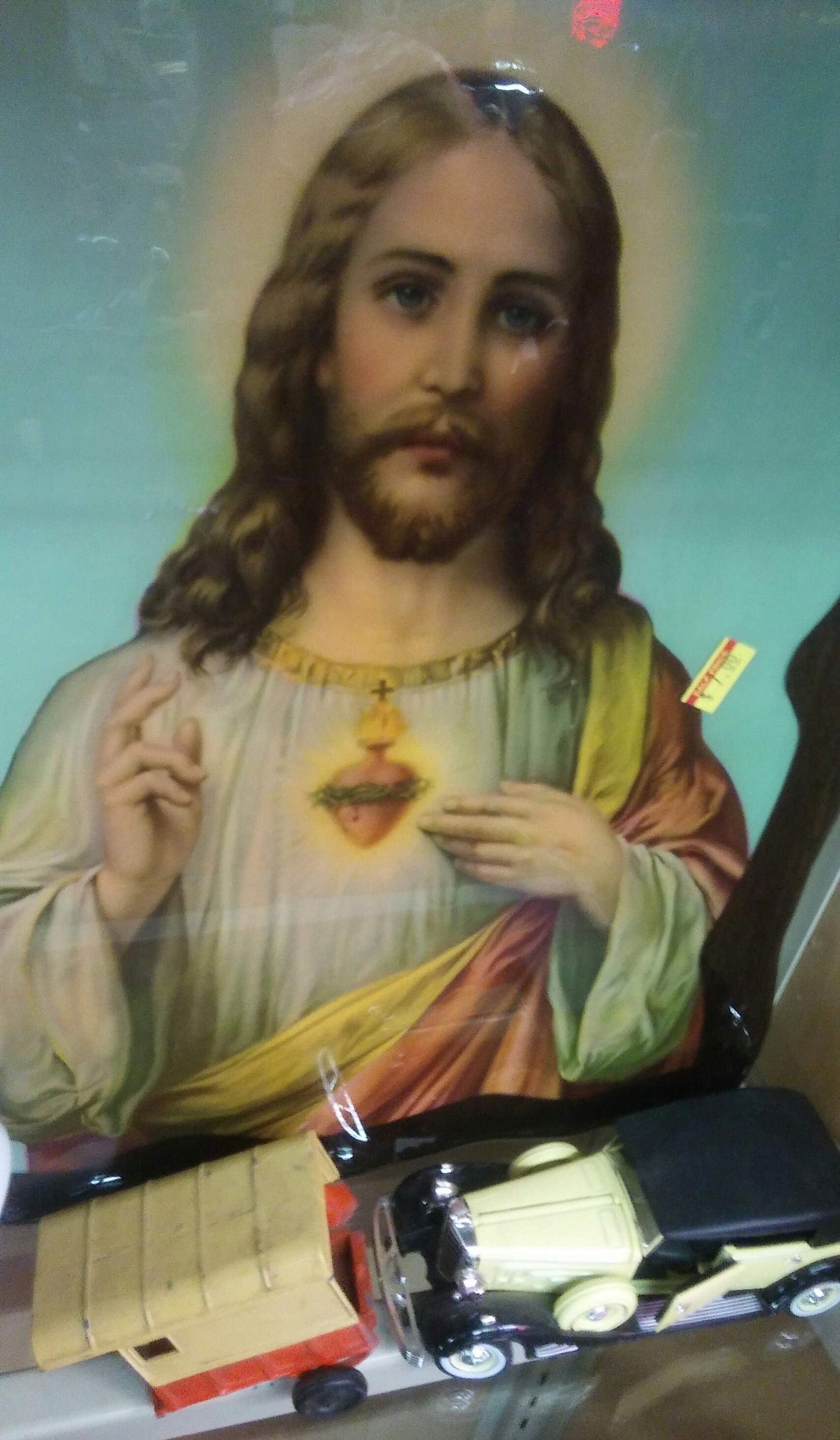 A few days ago I left Mauro DePasquale a voicemail re: his efforts to save his church, Our Lady of Mt. Carmel, and to stave off gentrification of the Shrewsbury Street corner on which his beloved church sits.

CUT A DEAL WITH THE BISHOP! I cried into my cell phone. THESE GUYS ARE BRUTAL AND WANT THAT VALUABLE LAND. THEY WILL SELL IT – AND  MT. CARMEL – DOWN THE RIVER FOR THE MONEY. THE CATHOLIC CHURCH CAN BE ARROGANT, RIGID … BRUTAL. CUT A DEAL. HAVE THEM TAKE SOME OF THE LAND TO SELL TO THE GENTRIFIERS,  AND WITH SOME OF THE MILLIONS THEY MAKE HAVE THEM BUILD YOU A NEW, SMALLER, ENERGY-EFFICIENT CHURCH. And you get to KEEP your rec center.

I sounded urgent because I’ve come to know, often from first-hand experience, how slippery, rigid and vain the Catholic church is and how slippery, rigid and vain Worcester politics is, a kind of Catholic church in its own dogmatic, cliquey right. I’ve watched how the game is played here in Worcester, and I believe Mt. Carmel is about to be flushed down the crapper by the Catholic Diocese of Worcester – basically a group of anal, proud, unyielding old Irish guys who happen to be “clergy” – for money. Why do I feel this way?  Because they recently met with fellow powerful Irish Catholic, St. John’s/Fordam University alum Chamber of Commerce head Tim Murray. Murray is a BIG TIME gentrifier and big time Catholic. The ducks were being lined up …  As Donald Trump would put it: SAD.

Mauro DePasquale and the Italian Americans who want to save and restore their beautiful old church are/were never in the Tim Murray-former-City Manager Mike O’Brien political circle of trust, that rigid roley-poley cabal that  still runs Worcester and pays you municipal jobs, political connections, back-room deals … in short, power … if you are Irish, went to Fordam or Holy Cross and give them your soul. Tangentially speaking,  now washed-up-pol Murray (precisely BECAUSE he tried to transfer the clubby political Worcester MO to a state-wide political campaign and was LAUGHED OFF THE STATE STAGE) is part of/connected to the Irish Catholic gang on Elm Street in the chi chi chancery.

So when the Bishop crowed at a recent public meeting that he rang up Murray and met with Murray I knew the fix was in for Mt. Carmel. These two Irish Catholic bros wanna move – for different reasons: the Bishop for $$$/Murray for development – that Mt. Carmel parcel of land just sitting fallow in the middle of a flourishing hipster business and restaurant district, a district ripe for another fucking artisan bakery that sells $7 loaves of bread, clothing boutique, bacon bar or something else that you eat, drink or wear to make yourself feel more cool, less fat, more sexy, more intelligent, etc., I knew it was over. I told Mauro he had to compromise, give these assholes some of what they wanted. AND MAURO AND THE MT. CARMEL PRESERVATION SOCIETY SHOULD, AT THE VERY LEAST, GET A NEW, SMALLER CHURCH AS REWARD FOR RELINQUISHING THEIR GRAND DREAM. Maybe with the mosaic and altar and other precious architectural details fom the old church incorporated into the new one.

The Bishop probably called Tim Murray after Mauro and the church preservation society were on their way to having the church and its environs declared a Historic District – this move would make it much harder for the Catholic church to do anything to the property. That’s when the Bishop panicked. He’d lose money. More important, he’d lose CONTROL. Very crucial to the self worth of the old school, by the books, dogmatic, soul-crushing Catholic big wigs. More crucial than Jesus and what He stood for. The Bishop called Murray to squelch the church preservation society’s effort.

This makes even more sense – in a pathetic kind of way – if you know this back story: Mauro DePasquale and his wife Tracy head WCCA, the local cable access TV station. Former Worcester City Manager Mike O’Brien, another devout Irish Catholic, spent years trying to kill their TV station –  never liked them or the cable money they were getting to pay for their jobs, their staffers etc. O’Brien felt the dough was City of Worcester money and wanted WCCA shuttered.  He wanted the thousands of dollars WCCA gets to flow to the City of Worcester TV station where HE could CONTROL EVERYTHING: programming, staff, point of view … squeezing out Mauro, his wife, and Mauro’s staff…

And so began the death by a thousand cuts with WCCA losing funding every year. Mauro, a Worcester guy who grew up on Bell Hill, was shaken, upset. He called O’Brien, but Mauro’s phone calls weren’t returned, meetings with O’Brien were cancelled last minute. The city of Worcester government TV channel was beefed up by O’Brien – surreptitiously, of course. The dance goes on to this day with the new city manager following O’Brien’s lead, building and growing a state-of-the-art City of Worcester government TV channel, slowly cutting off WCCA. But Mauro has hung tough. He still has his beloved TV station and runs it his way – OPEN TO ALL VOICES IN THE COMMUNITY. It’s amazing that he’s got the energy for the Mount Carmel fight in light of the eternal battle to save WCCA TV.  Of course, on the Mt. Carmel front, he’s basically up against the same assholes.

Where is the love hiding in all these freakin’ Catholics?!

To make things even sadder: We hear a real estate investor pal of former Worcester City Councilor Phil Palmieri is jonesin’ to buy the primo real estate parcel from the Diocese of Worcester. Palmieri, when in office, represented in part, the people of Shrewsbury Street, Mt. Carmel church. But he is also a local developer, owning that big building next to East Park and other East Side property. Phil’s a good guy but a money$$$$ guy. He knows the land on which Mt. Carmel and its rec center sit is worth millions! Millions! Because instead of simply being located in Worcester’s ol’ Italian neighborhood, it’s now located in the middle of Worcester’s booming, blooming urban coolio extravaganza – a $$$$-generating hipster business and restaurant mish mash that millenials love to patronize. It’s as if  Mt. Carmel, low on parishoners, high on a pastor who could often be seen down the street at the glitzy bar of Coral Seafood enjoying a drink, is a cultural anachronism. Even its pastor was imbibing at one of the hippest spots on Shrewsbury Street!

There seems to be no room for an Italian church whose flock has diminished, moved away … or died. Mauro believes the parish is still strong and is growing stronger by the day now that everything can be lost. Forever! He believes folks who care about Worcester history and architecture support his group’s efforts.

I said on his voicemail: CUT A DEAL, Mauro! THERE IS NO WAY YOU CAN WIN THIS. THE IRISH BISHOP HAS CALLED THE IRISH HEAD OF THE WORCESTER CHAMBER OF COMMERCE. The politics are against you.

In Worcester, that’s everything.

From the Mount Carmel Preservation Society:

The meeting will be held at WCCA TV studios 415 Main St. (Parking on street or municipal lots on Pearl/Elm St. or Commercial Street.)

We will communicate to you what has transpired with our meeting with the Bishop and I will ask you to vote to decide what our next step will be for the future of our church and our mission to Fix (reopen) the Church and Save the Parish on Mulberry Street.

I wish you all a wonderful blessed, healthy, happy, and peaceful new year.

God Bless us all!