The event is FREE and open to ALL!

Jones was awarded the Boston/New England Regional Emmy of the National Academy of Television, Arts and Science in 2002. 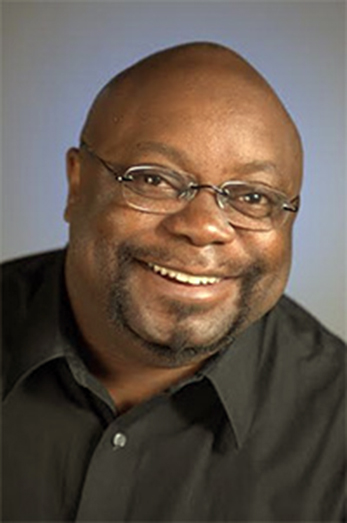 He has been an actor, director, and trainer for more than 20 years. Jones has been a performing member of ImprovBoston, StageCoach improv, and The U.S. Improvisational Theatre League and has starred in numerous stage productions.

This event is sponsored by Clark University’s Office of Diversity and Inclusion. Dialogues On Diversity is the country’s premier social justice and diversity theater company. 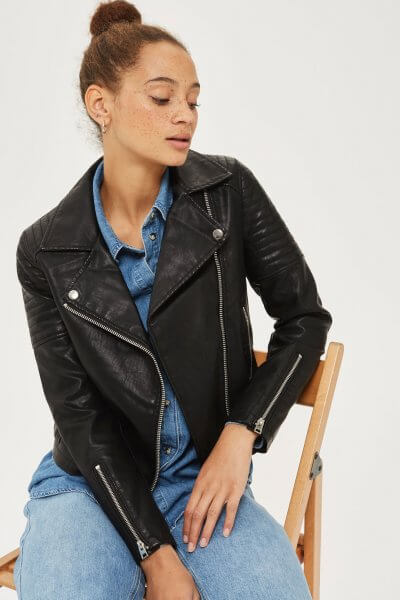 More than ever, compassionate shoppers are opting to buy the high-quality, animal-free fashions that are currently flooding store shelves.

With such easy access to kind fashion, there’s never been a better time to rid your closet of animal-derived materials. 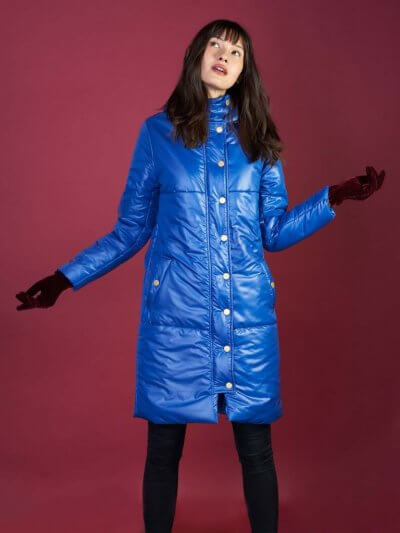 No down in this happy Vaute coat!

Here’s a quick and easy guide to help you identify the cruel materials in your closet so that you can purchase animal-free, vegan clothing and accessories the next time you shop.

Leather is the skin of animals, such as cows, pigs, goats, kangaroos, ostriches, cats, and dogs. Often, leather items aren’t labeled accurately, so you never really know where (or whom) they came from. Snakes, alligators, crocodiles, and other reptiles are considered “exotic” in the fashion industry—they’re killed, and their skins are made into handbags, shoes, and other items.

Most leather comes from cows killed for beef and milk, so it’s a coproduct of the meat and dairy industries. Leather is the worst material for the environment, too, as it not only shares responsibility for all the environmental destruction caused by the meat industry but also pollutes the Earth with the toxins used in the tanning process. Whether it’s from cows, cats, or snakes, no animals need to die so that humans can wear their skin.

Most major brands offer animal-free leather these days, from affordable options from stores such as Top Shop and Zara to high-end designers such as Stella McCartney and bebe. Look for “vegan leather” on clothing, shoe, and accessory tags. High-quality animal-free leather is made from many different materials, including non-animal microfibers, recycled nylon, polyurethane (PU), and even plants, including mushrooms and fruit. And bio-fabricated leather grown in laboratories is coming to a shelf near you soon!

Wool is the hair from a lamb or sheep, while shearling is the skin of a lamb with the fleece still attached. Angora is the wool of a rabbit, and cashmere is hair from the Cashmere goat.

Sheep grow just enough wool to protect themselves from temperature extremes, and they don’t need humans to shear them. Yet in the wool industry, their ears are hole-punched and their tails are chopped off and males are castrated—all without any pain relief. Wool also harms the environment by damaging land, polluting water, and contributing to climate change. Lambs, goats, and rabbits are also abused and killed for shearling, cashmere, and angora wool.

These days, vegan shearling and cozy cruelty-free sweaters can be found on many store shelves. Major brands—such as H&M, Nasty Gal, and Zara—offer wool-free coats and other animal-friendly clothing. High-fashion designers, including Joshua Katcher of Brave GentleMan and Leanne Mai-ly Hilgart of VAUTE, are teaming up with manufacturers to create innovative, high-quality cruelty-free materials. Look for vegan fabrics made from twill, cotton, and recycled polyester (rPET)—just a few of the efficient materials that wick away water, dry faster, and are better for the environment than wool.

Fur is literally an animal’s coat still attached to his or her skin. Animals killed for fur include bears, beavers, cats, chinchillas, dogs, foxes, minks, rabbits, raccoons, seals, and others.

What’s Wrong With It?

Whether it came from an animal on a fur farm or one who was trapped in the wild, every fur coat and bit of trim is the result of tremendous suffering—and took away a life. Animals on fur farms spend their entire lives confined to cramped, filthy wire cages before being suffocated, electrocuted, gassed, or poisoned. Regardless of whether they’re chinchillas, dogs, foxes, or raccoons, these animals are capable of feeling pain, fear, and loneliness—and they don’t deserve to be tortured and killed for a fur-trimmed jacket.

Gap Inc., H&M, and Inditex (owner of Zara) are three of the largest brands on a long list of retailers that have gone completely fur-free. Gucci and Michael Kors also recently banned fur, and Norway has issued a total ban on fur farming, following the example of many other countries. This archaic and cruelly obtained material is finally fading into the past, so get your paws on some fuzzy faux-fur fashions.

Silk and Down Feathers
What Are They?

Silk is the fiber that silkworms weave to make their cocoons—it’s sometimes used to make shirts and dresses. Down is the soft layer of feathers closest to a bird’s skin, and down stolen from geese and ducks hides in some puffy jackets, pillows, and bedding. Other feathers are also used to decorate clothing and accessories.

To obtain silk, distributors boil worms alive inside their cocoons. Anyone who has ever seen worms startle when their dark homes are uncovered must acknowledge that these animals are sensate—they produce endorphins and have a physical response to pain. Silk is also said to be the second worst environmental offender in the fashion industry, right behind leather. Down is often obtained by painfully plucking live birds and is also a coproduct of the foie gras and meat industry. No matter how silk or feathers were obtained, they belong to the animals who made them.

Brands such as Express, Gap Inc., Nasty Gal, and Urban Outfitters carry satiny and silky items not derived from animals. Nylon, milkweed-pod fibers, silk-cotton tree and ceiba tree filaments, polyester, and rayon are animal-free, easy to find, and usually less expensive than silk. If you love puffy jackets, check out this list of some of our favorite down-free jackets to keep you cozy.

Look for Our ‘PETA-Approved Vegan’ Logo!

Similar to PETA’s “Cruelty-Free Bunny” logo, our “PETA-Approved Vegan” label allows clothing and accessory companies to identify their animal-friendly products. All companies that use the logo must sign PETA’s statement of assurance verifying that their product is vegan. 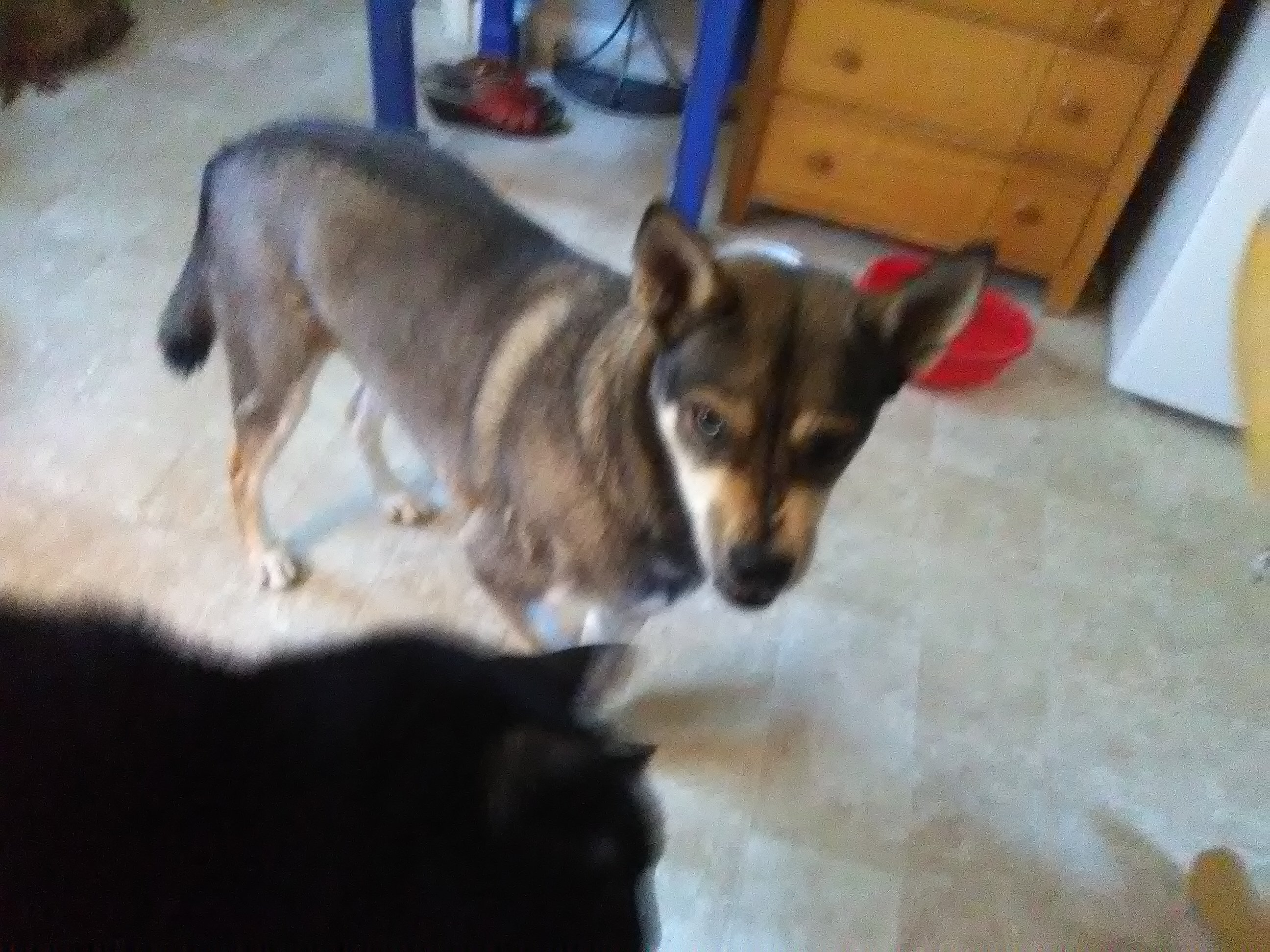