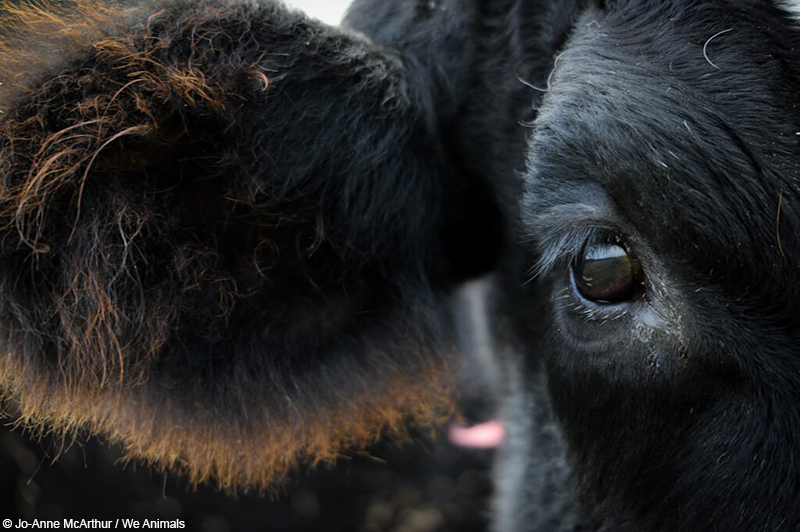 Truth is stranger than fiction: A Turkish dairy farmer is using virtual reality technology to trick cows into thinking that they’re outside in order to make them happy enough to produce more milk. But why aren’t the cows out grazing in green pastures in the first place? This twisted plot is comparable to the Matrix films, in which humans are trapped in a computer-generated world so that machines can steal their body heat. But cows shouldn’t have to wait to be rescued by a “chosen one” — we can all have an impact on cow welfare by ditching dairy for humane, eco-friendly milk made from plants.

This farmer isn’t the first one to create a dystopian dairy hellscape with virtual reality — proving that cows don’t like being packed tightly together in filthy, stinking sheds while standing in their own excrement. Without providing any pain relief, farmers often remove cows’ horns using guillotine dehorners, sharp wires, hot irons or caustic chemicals. And a study by the dairy industry found that nearly 50% of cows are lame by the time that they’re killed. This is because of a lifetime of standing on concrete in intensive confinement. 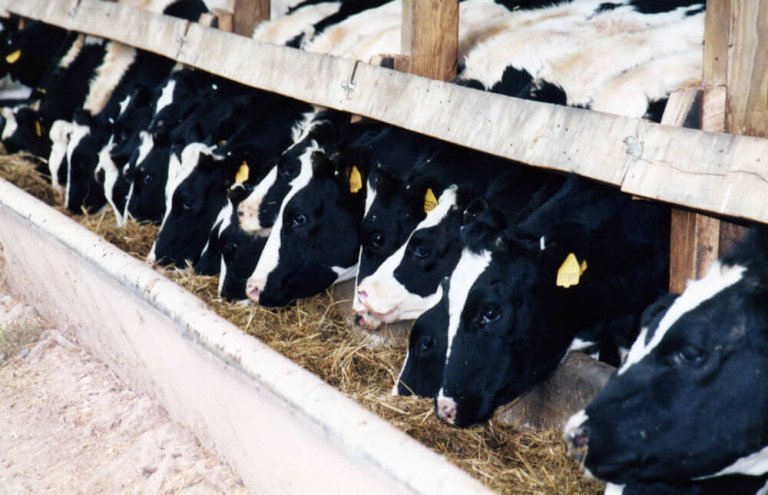 Because cows don’t produce milk without a pregnancy, rape is another horrifying violation that cows endure—there’s no other way to describe being forcibly and involuntarily inseminated. The resulting babies are then stolen from their mothers within hours or days of birth so that we can take their mother’s milk. This separation is extremely traumatic, and cows have been observed crying for days afterward. One farmer’s neighbor called the police, concerned about the cows’ loud, agonized cries when their calves were taken away from them.

Ditching dairy can also save the planet: During digestion, cows produce harmful greenhouse gases. Methane and nitrous oxide emissions from animal agriculture are at their highest levels, contributing to the climate catastrophe — what UN Secretary-General António Guterres calls a “code red for humanity.” Countless scientific studies confirm that choosing vegan foods, including plant-derived milk, reduces our emissions of greenhouse gases while preserving forests, keeping waterways clean and supporting biodiversity. An Oxford Martin School study found that if all of us went vegan, we could reduce food-related greenhouse-gas emissions by two-thirds by 2050 while saving many lives and avoiding significant climate-related damages.

Exploiting cows for their milk significantly depletes freshwater resources, requiring a whopping 30 to 50 gallons of water per day—72% more water than is used to produce soy milk. In fact, all types of vegan milk are better for the planet than dairy milk. A study by researchers at the University of Oxford revealed that making dairy milk creates almost three times more greenhouse-gas emissions than any vegan milk option, and it requires nine times more land.

But instead of switching their operations to vegan milk, some farmers have tried head-scratching methods of reducing their emissions and environmental destruction. From adding seaweed to cattle feed to potty-training cows, the dairy and meat industries’ desperate efforts miss the point: We are much better off without meat and dairy.

Virtual reality can’t be substituted for a life of freedom and green pastures, and it’s not the direction that farmers should be taking. With the demand for vegan milk, cheese, yogurt and ice cream at an all-time high, and in light of the climate catastrophe, dairy farmers should stop milking cows to death and make the conscientious shift to milk made from plants.