An integral part of the American Dream is under threat – as “downward mobility” seems to be threatening the education system in the United States.

The idea of going to college – and the expectation that the next generation will be better educated and more prosperous than its predecessor – has been hardwired into the ambitions of the middle classes in the United States.

But there are deep-seated worries about whether this upward mobility is going into reverse.

Andreas Schleicher, special adviser on education at the Organisation for Economic Co-operation and Development (OECD), says the US is now the only major economy in the world where the younger generation is not going to be better educated than the older.

“It’s something of great significance because much of today’s economic power of the United States rests on a very high degree of adult skills – and that is now at risk,” says Mr Schleicher.

“These skills are the engine of the US economy and the engine is stuttering,” says Mr Schleicher, one of the world’s most influential experts on international education comparisons.

The annual OECD education statistics show that only about one in five young adults in the US reaches a higher level of education than their parents – among the lowest rates of upward mobility in the developed world. 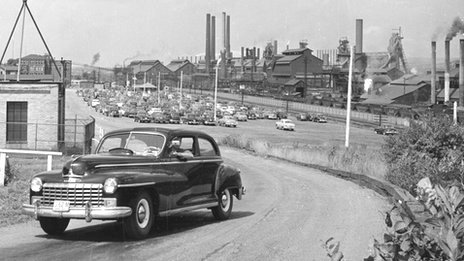 A steelworker in Ohio in 1950 drives away his new Dodge, paid for with a $320 monthly wage. The steelworks have shut and the town is now in the “rust belt”

For a country whose self-image is based on optimism and opportunity, the US is now a country where someone with poorly-educated parents is less likely to reach university than in almost any other industrial country.

It’s the opposite of a Hollywood ending.

And about one in five young adults in the US are now defined in educational terms as “downwardly mobile” – such as children who have graduate parents but who don’t reach university level themselves. …

There are hungry people out there, actually; they’re just largely invisible to the rest of us, or they look so much like us that it’s hard to tell. The Supplemental Assistance Nutrition Program, better known as SNAP and even better known as food stamps, currently has around 46 million participants, a record high. That’s one in eight Americans — 10 people in your subway car, one or two on every line at Walmart.

We wouldn’t wish that on anyone, but as it stands, the number should be higher[1]: many people are unaware that they’re eligible for SNAP, and thus the participation rate is probably around three-quarters of what it should be.

Food stamps allow you to shop more or less normally, but on an extremely tight budget, around $130 a month. It’s tough to feed a family on food stamps (and even tougher without them), and that’s where food banks – a network of nonprofit, nongovernment agencies, centrally located clearing houses for donated or purchased food that is sent to local affiliated agencies or “pantries” – come in. Food banks may cover an entire state or part of one: the Regional Food Bank of Oklahoma, for example, serves 53 counties and provides enough food to feed 48,000 square miles and feeds 90,000 people a week – in a state with fewer than four million people.

Like many other food banks, Oklahoma’s, says executive director Rodney Bivens, has made a commitment to serve every single person in need in its area; put that together with that state’s geography, and it might give you pause. Similarly, God’s Love We Deliver (not technically a food bank), which provides over a million cooked meals a year to sick people in the five boroughs and the Newark area, has seen its numbers nearly double in the last six years because, as Karen Pearl, the president and C.E.O. told me, “We are never going to have a waiting list and are never going to turn people away.”

And because poverty is growing.

Lyndon Johnson’s Great Society programs brought the poverty level down to 11 percent from 20 percent in less than 10 years. Ronald Reagan began the process of dismantling that minimal safety net, and as a result the current poverty level is close to 16 percent, and food stamps are not fully doing their job. “There was a time in this country,” says Maryland Food Bank president and C.E.O. Deborah Flateman, “when food stamps had practically eliminated hunger; then the big cuts happened, and we’ve been trying to recover ever since.” … 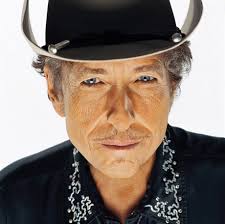