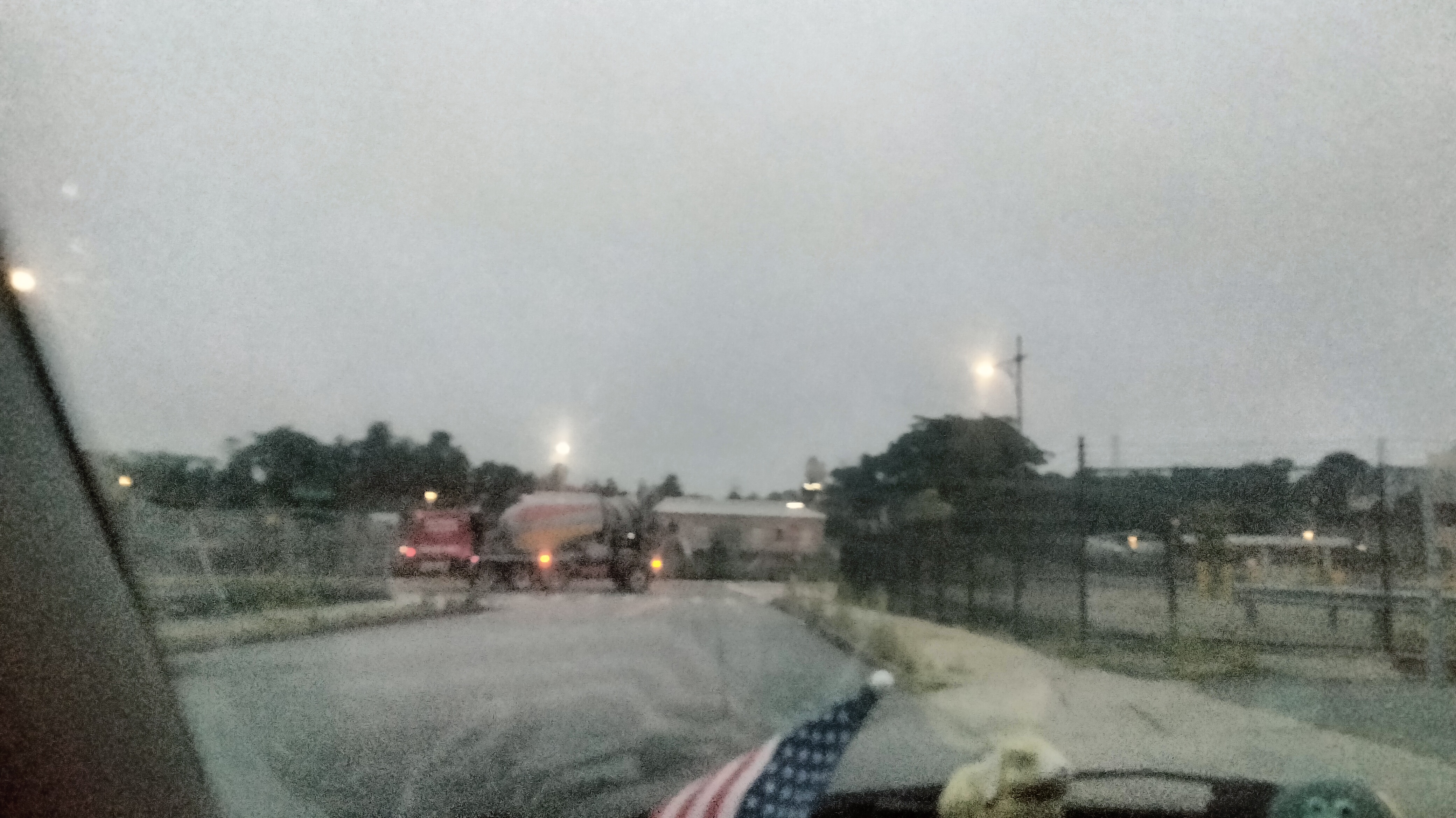 Above: barreling through my old neighborhood, this cement mixer extraordinaire: loud, dangerous, oblivious. Last week, the Republic Dumpster driver was speeding, I mean tearing rubber!, down Providence Street. Vernon Hill School is located on Providence Street – lots of five-, six- and seven-year olds, plus their young parents, will converge on the school in a week or so, making it an important part of their lives for the coming school year. Will Republic Dumpster trucks or Dauphinais Cement behemoths defer to Worcester’s most vulnerable citizens – little children – when on the road? Will the tiny tykes cross the street without fear? I doubt it. Last spring I saw a dumpster truck barreling down Mill Street, practically mowing down a young mom and little kids after she had gotten her children off the school bus. It screeched to a halt. Thank God for good brakes! 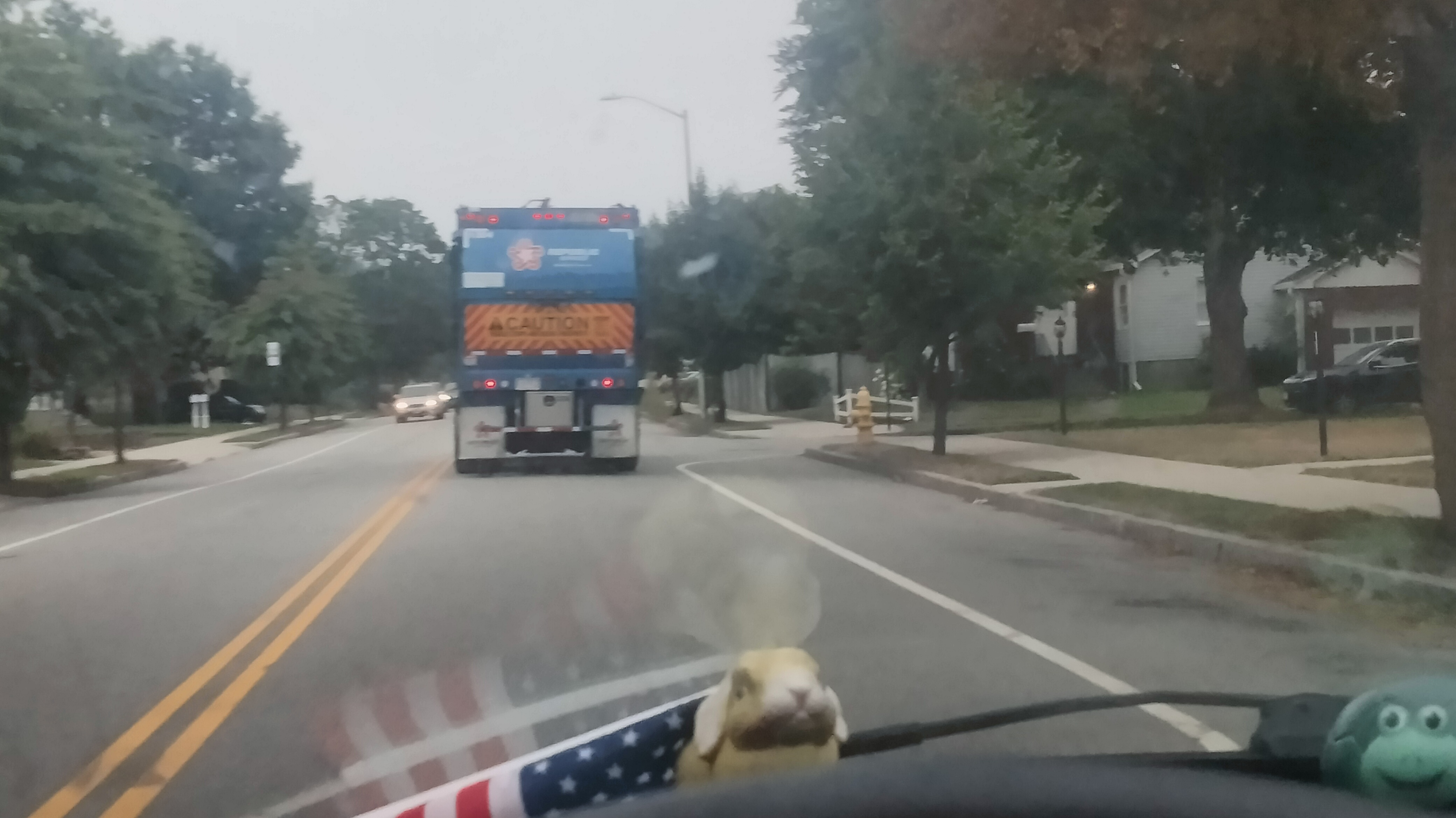 Mill Street is a 30-mile an hour stretch of street, but unless the WPD cops are there, on the look out, the vehicles go 40 miles an hour and much faster than that. Mill Swan elementary school is located on Mill Street – their special needs kids are of no concern to Worcester motorists. Often you’ll read in the paper of DRIVERS, DRIVING ONE-TON CARS, COMPLAINING, WHINING!, that the mowed-down pedestrian wasn’t walking in the crosswalk, so he got his! … The neighborhood where Feeney Brothers construction is located (Lincoln Street) has signs posted: NO TRUCKS IN THIS NEIGHBORHOOD. A residential street, more Burncoat than Lincoln, lets its true feelings out: these middle-class folks don’t want the Feeney Brothers’ erratic driving in their neighborhood. Nor do they want their huge trucks’ pollution, noise, crap on their little street. They know the Feeney Brothers have no qualms about shattering neighborhood bliss, maybe even enjoying the mayhem they create … 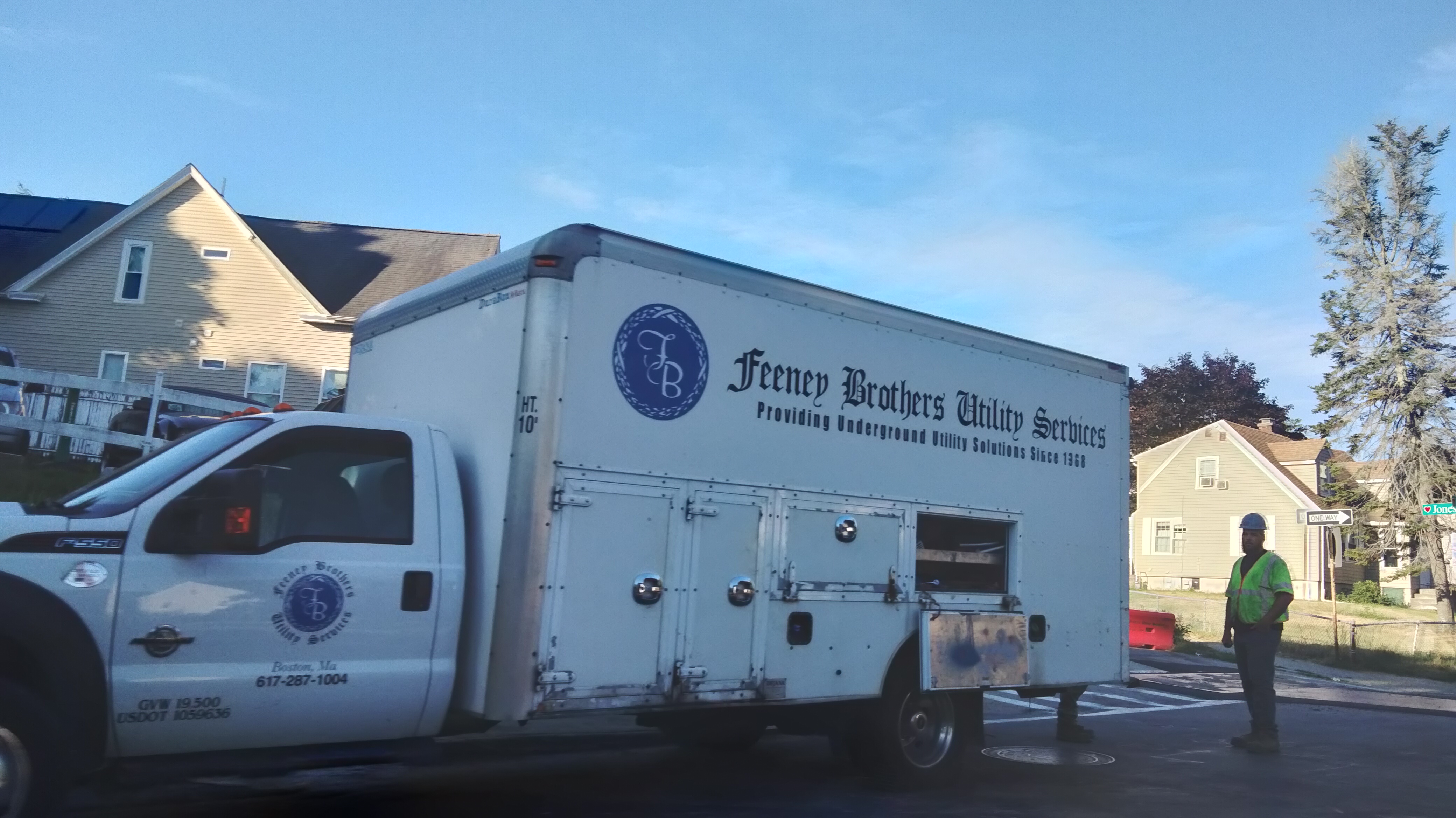 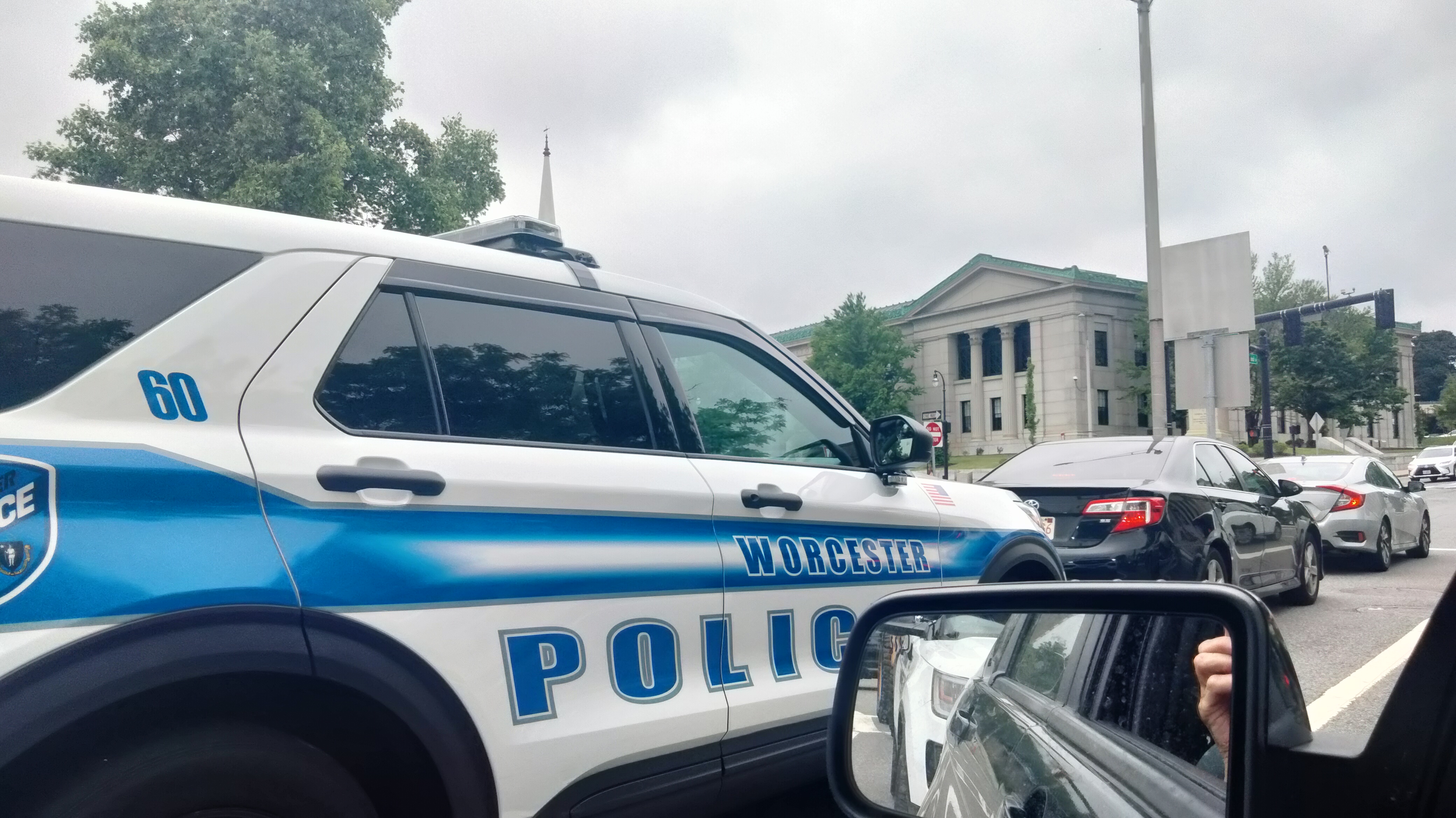 The WPD can’t police every Worcester main drag. School’s back in session next week: SLOW DOWN!! And remember: PEDESTRIANS, IN AND OUT OF CROSSWALKS, RICH OR POOR, SOBER OR HIGH, SUBURBAN OR INNER-CITY, ALWAYS HAVE THE RIGHT OF WAY.

As Worcester grows, builds, reinvests, develops like there’s no tomorrow … reinvents itself into something totally different from my Green Island girlhood to become a city that is way more diverse but also a hundred times faster, greedier, expensive, harder than many of us old timers ever experienced in our beloved ol’ Wormtown, we should all hang our heads in sorrow as Dauphinais, Republic and all the other trucking, garbage, cement and dumping companies lead the way in reminding us that families aren’t there for us the way they used to be, we’re a less cohesive community, the poor will get crumbs but no more, a permanent underclass is here to stay, and the happy, shiny transplants from the east have taken away some of our grace. 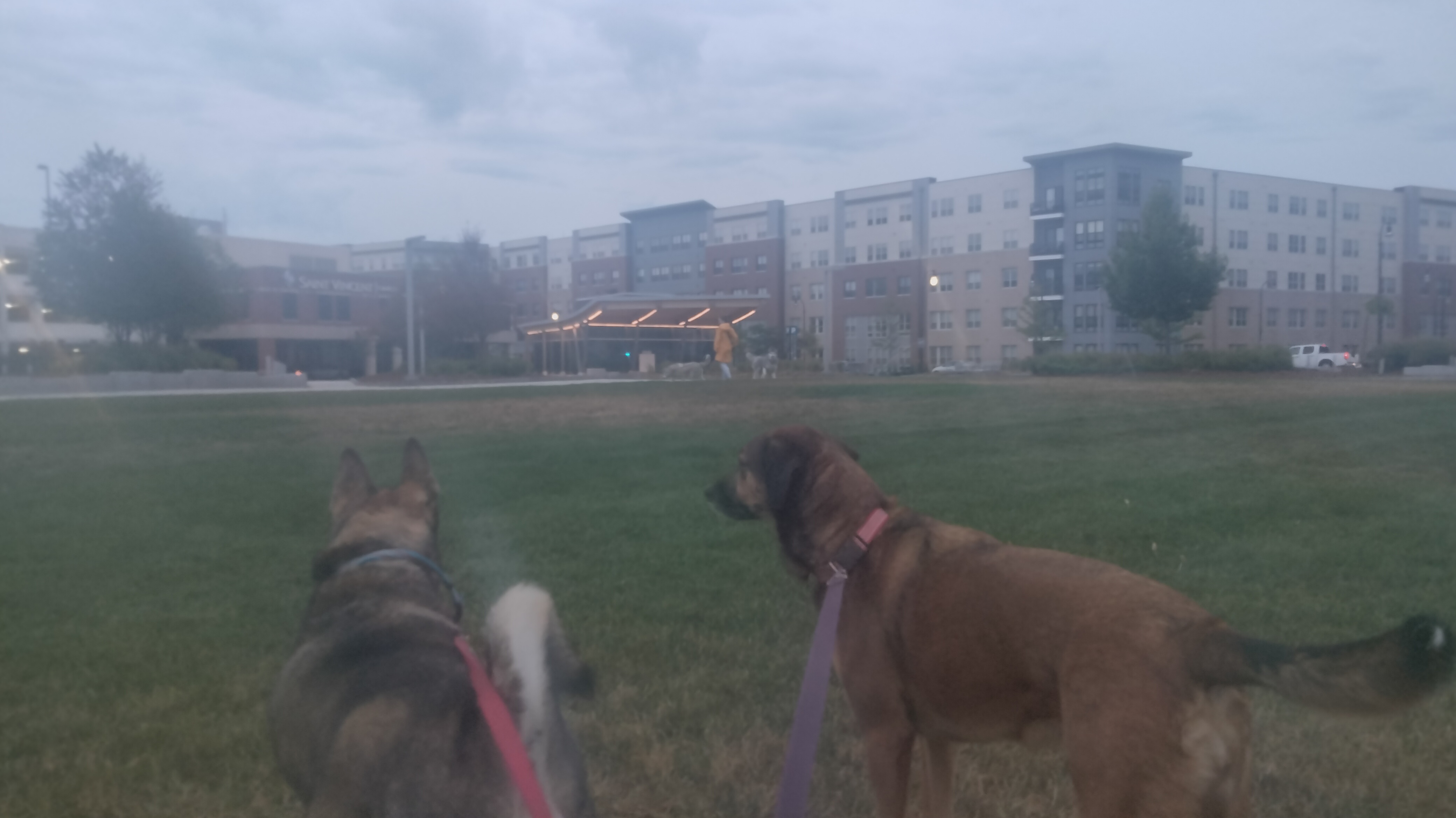 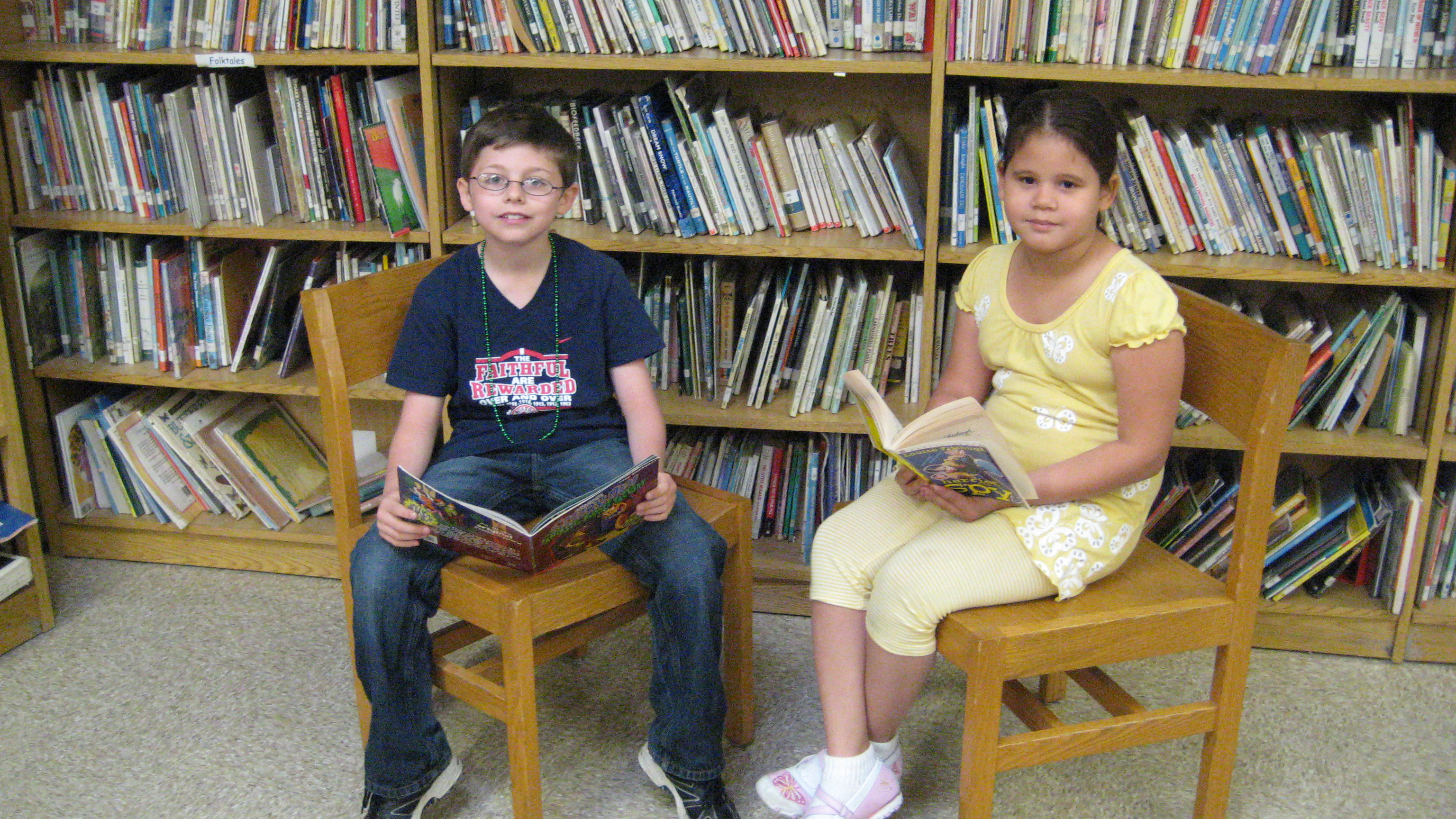 PLEASE BE KIND TO OUR STUDENTS! … LET’S NEVER FORGET THE LITTLE GIRL WHO WAS MOWED DOWN ON STAFFORD STREET THIS PAST SPRING – run over, rushed to the hospital, suffering, in shock, dying, her mom and family devastated FOREVER. Gates Lane School is across from the Shaw’s Webster Square shopping plaza, on Main Street … 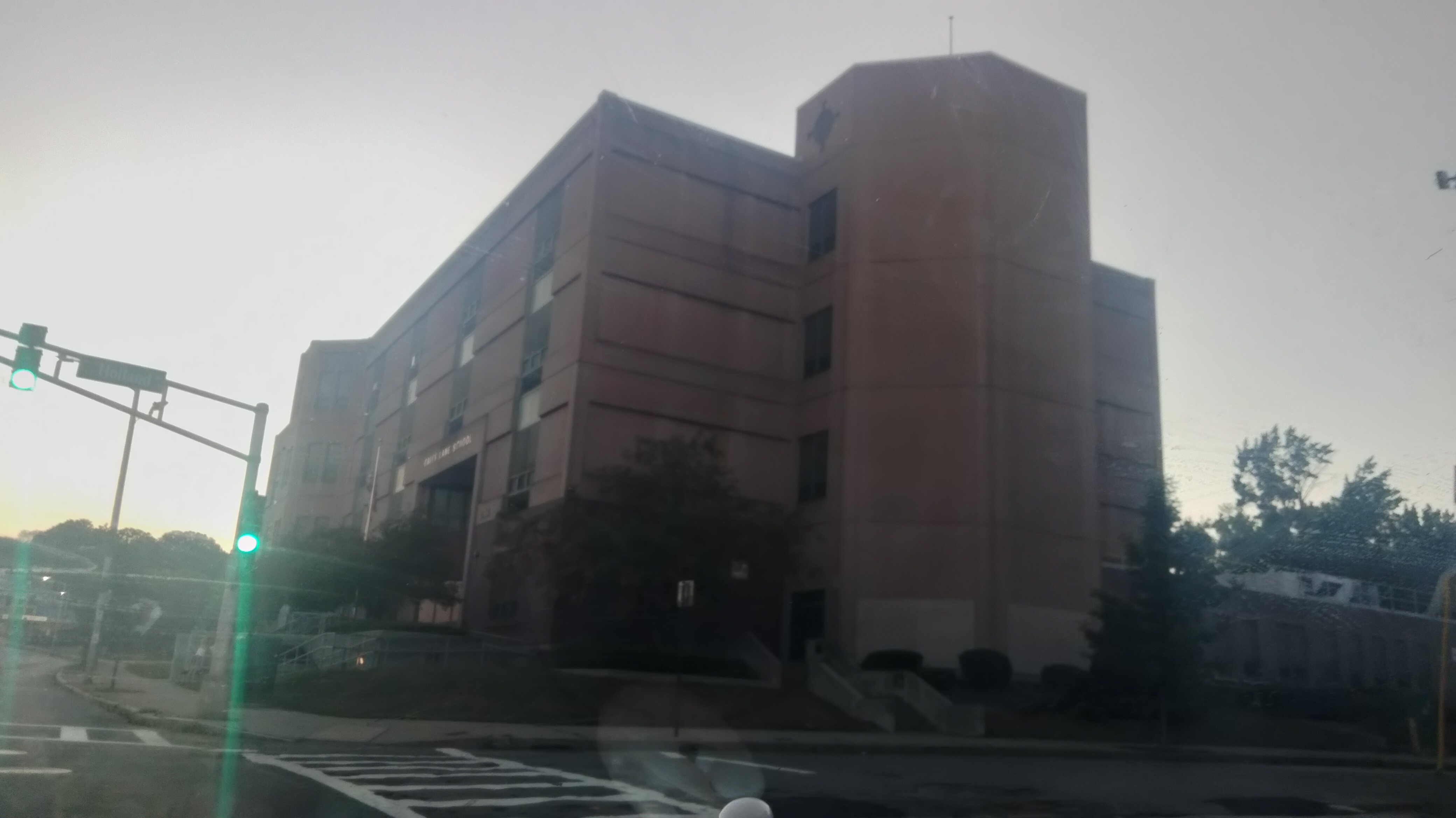 But many parents pick up their children after school ON THE STAFFORD STREET SIDE of the shopping plaza: 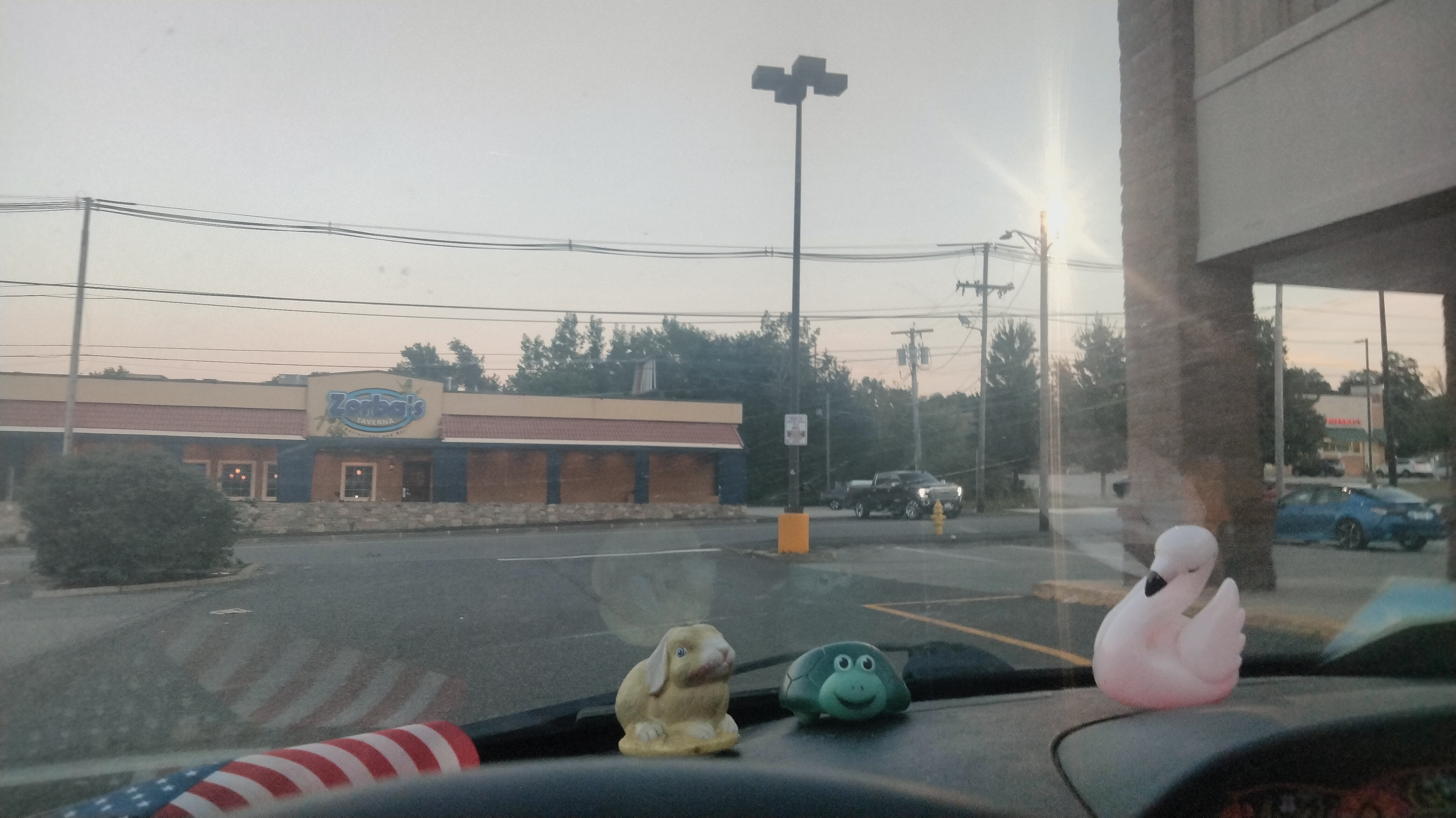 Parents and kids often meet on this side of the plaza, the Stafford Street Side. Many parents go to the Main Street side to meet their kids.

I’ve taken photos for CECELIA newspaper of parents picking up their little children after school on the Stafford Street side of the plaza – many walk their kids to their cars, parked in the plaza, and they drive home.

But the little girl who was killed by the car and her mom were pedestrians. THEY WERE CROSSING STAFFORD STREET AFTER THE SCHOOL DAY – TO GET HOME. The happiest part of their day – reuniting to talk of, maybe laugh at, their experiences in school, or work, or home turned bloody, horrific, life-shattering.

THE CITY OF WORCESTER MUST BUILD A MEMORIAL TO THE LITTLE GIRL, to a WPS student who died on an out of control Worcester street. We need a statue, reminding all Worcester drivers that SCHOOL CHILDREN AND THEIR PARENTS CROSS STAFFORD STREET when the school day is done. And to drive with THEIR kids in mind … 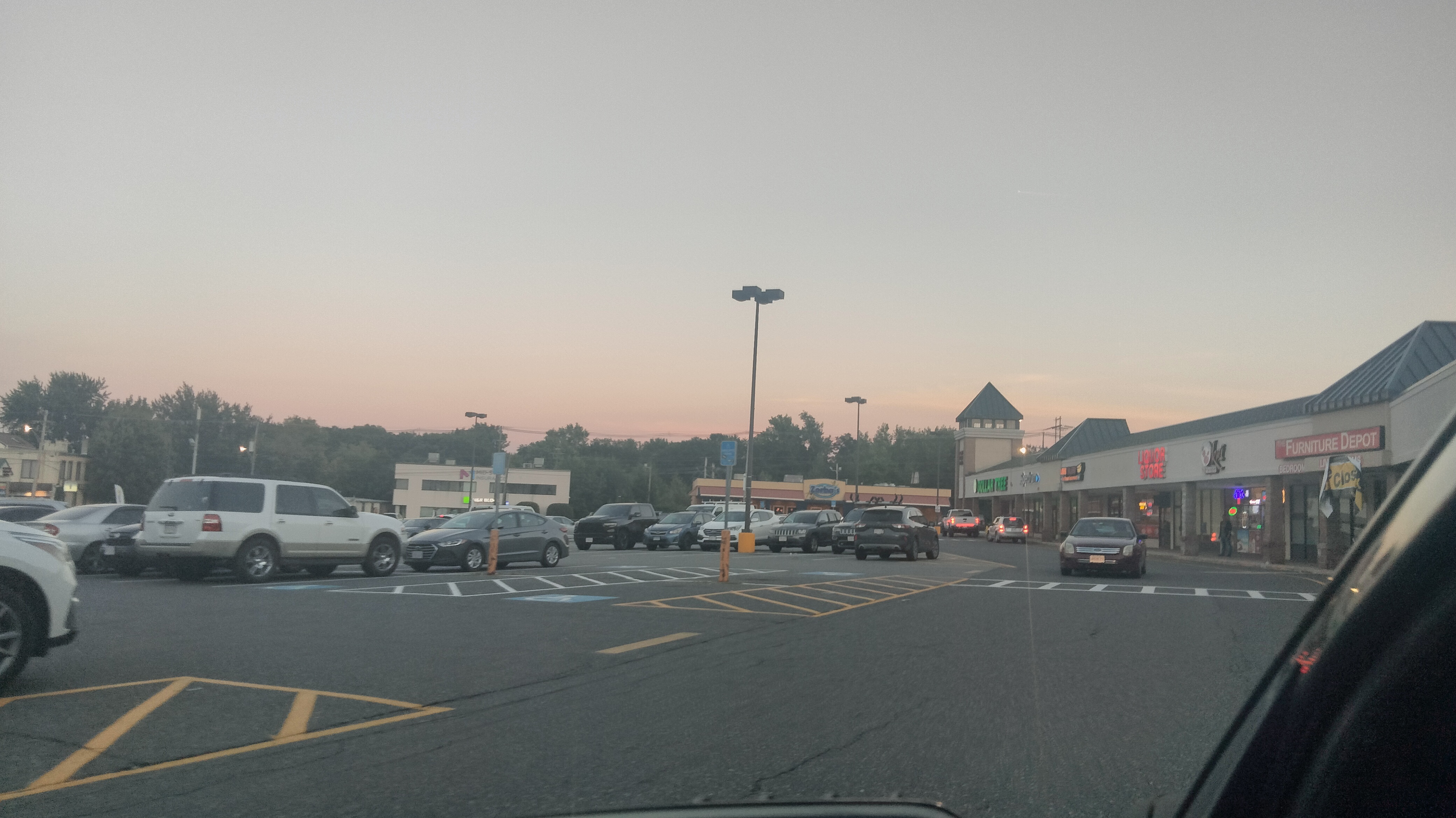 The other side of the plaza: Stafford Street. 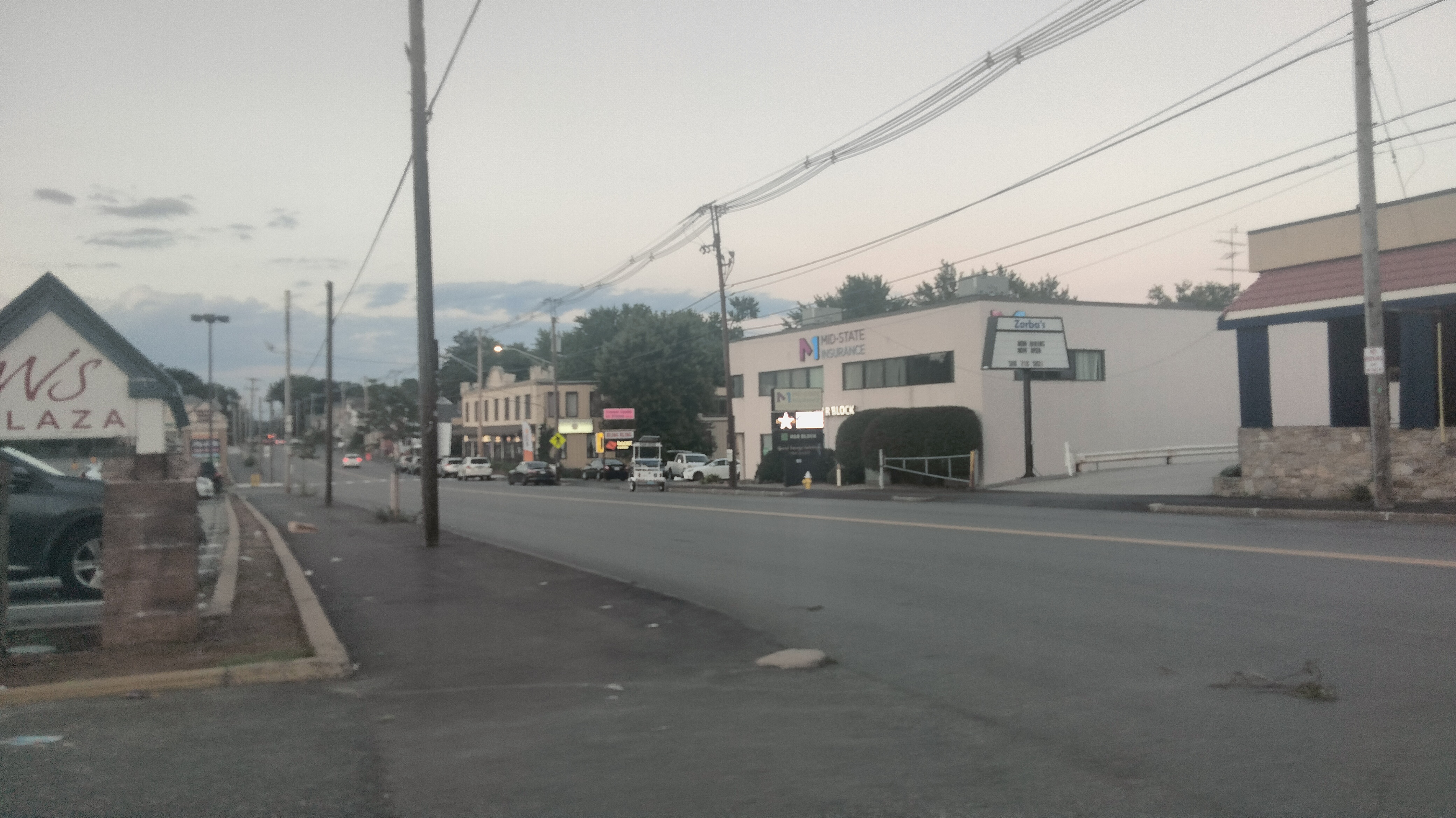 Stafford Street is often the Webster Square area race track, speed demons galore. About 26 years ago, Rose worked with a woman whose son was hit by a car as he was crossing Stafford Street. He didn’t die but was severely injured. His mom, a CNA, was so grateful he survived that she took all his injuries in stride, never feeling bitter or angry.