As I was coming back to Worcester from Spencer today, where I had some work done on my car, I decided to stop at the 7 Eleven at Main and Richards streets. When I parked my car there, I became aware of the sounds of drumming and looked over to the plot of land on the corner of Crystal Street that is directly adjacent to the 7 Eleven and is normally just a grassy area (most likely owned by Clark University) to see the place bedecked with oversized yellow umbrellas, chairs … 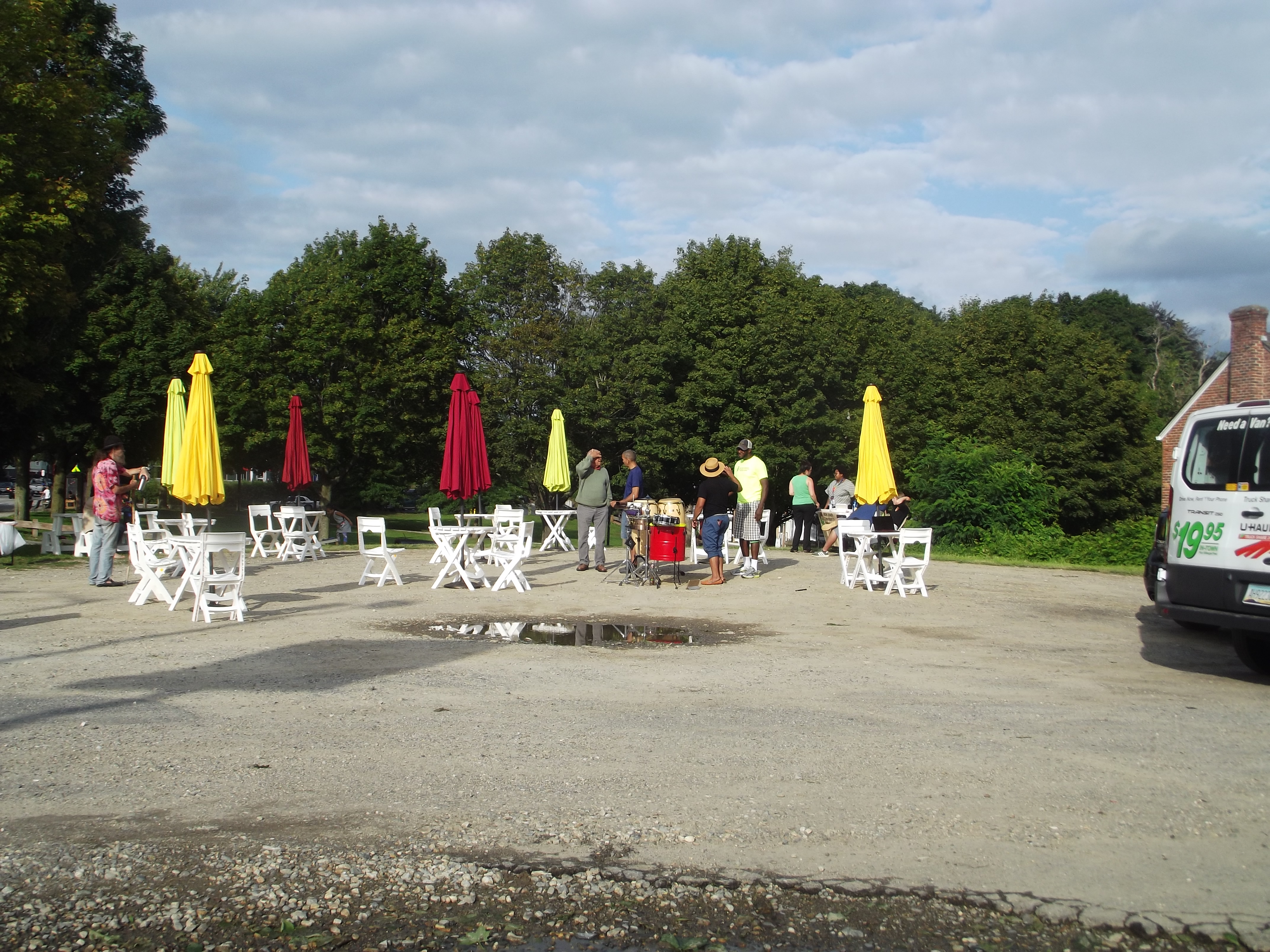 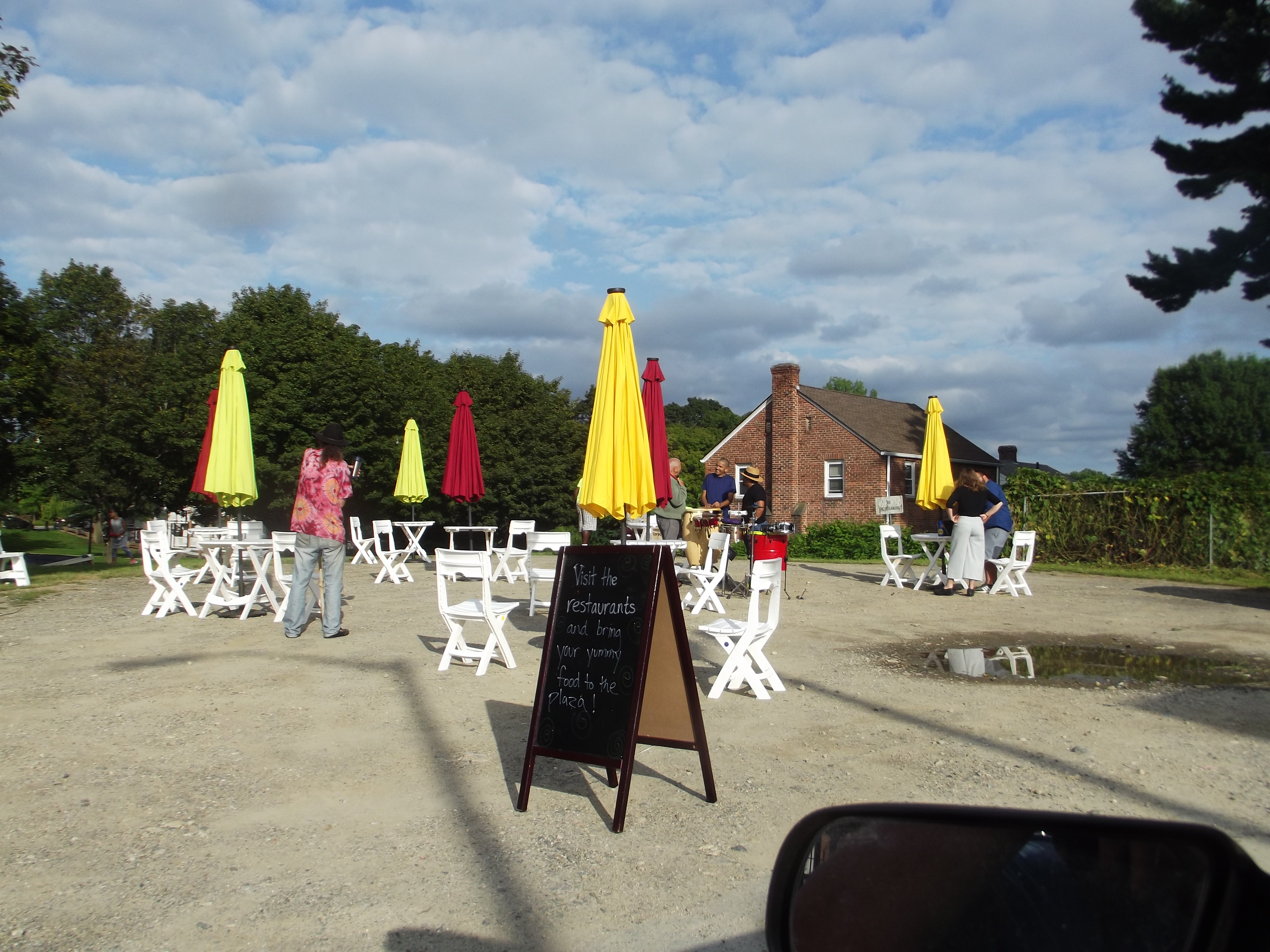 … and several people milling about.

There was a guy playing a beat on the drum set. For the people – real good for free! He reminded me of a Rastafarian Man from Jamaica, and all I could think of was the similarity of the gentleman to Bob Marley who was a great musician from that area of the World we all live in. 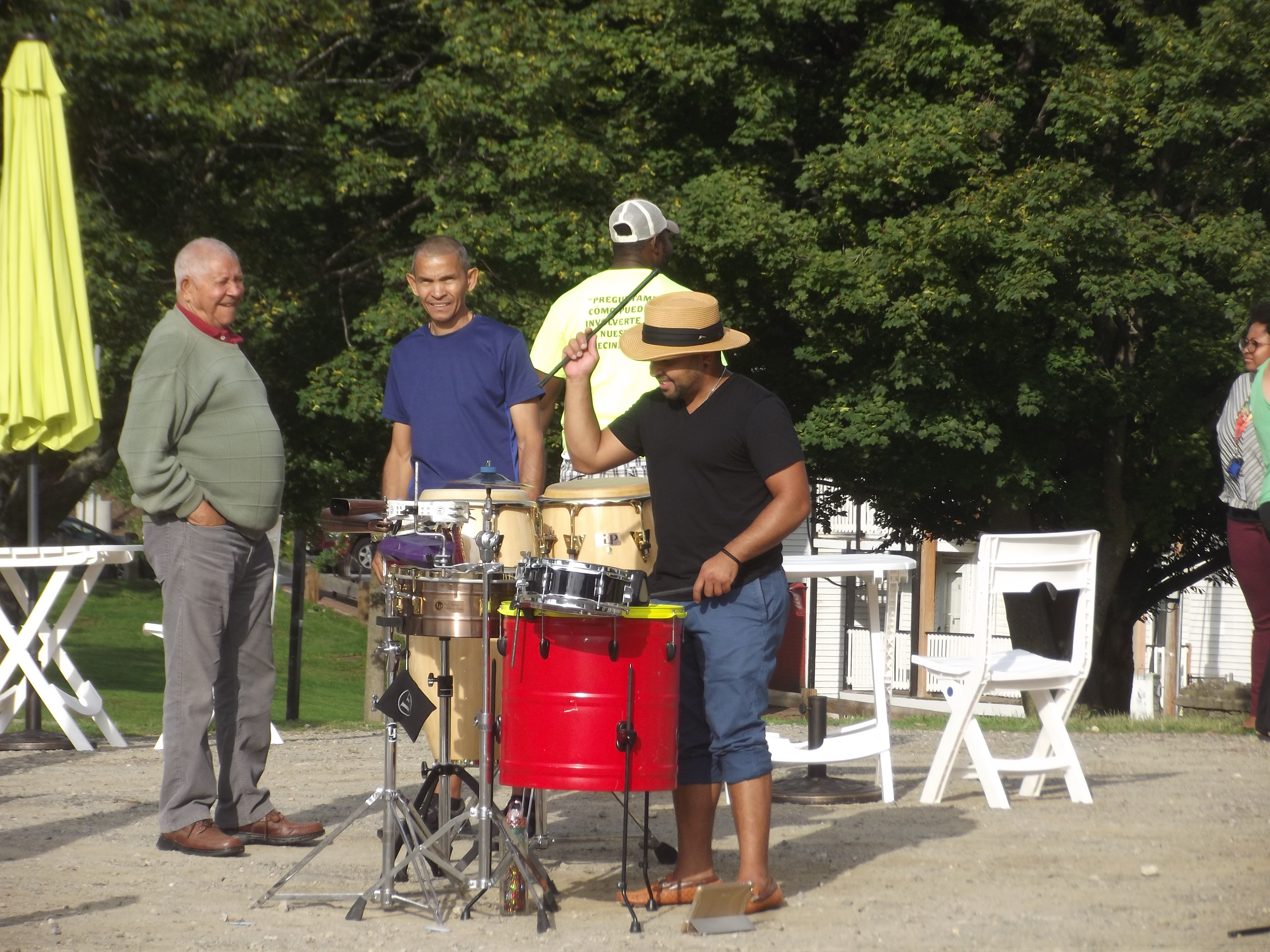 Next up was a fellow who evoked the visage of Carlos Santana, and he was going at those drums in a beautiful way. It was surreal, really.

I was glad that I had taken along my camera (to record the work done on my car); I snapped off some photos of the event for CECELIA and incitytimesworcester.org.

Apparently security was being provided by Clark University Police, as there were four of the officers in the old portion of the street that sits there between that lot and the store. 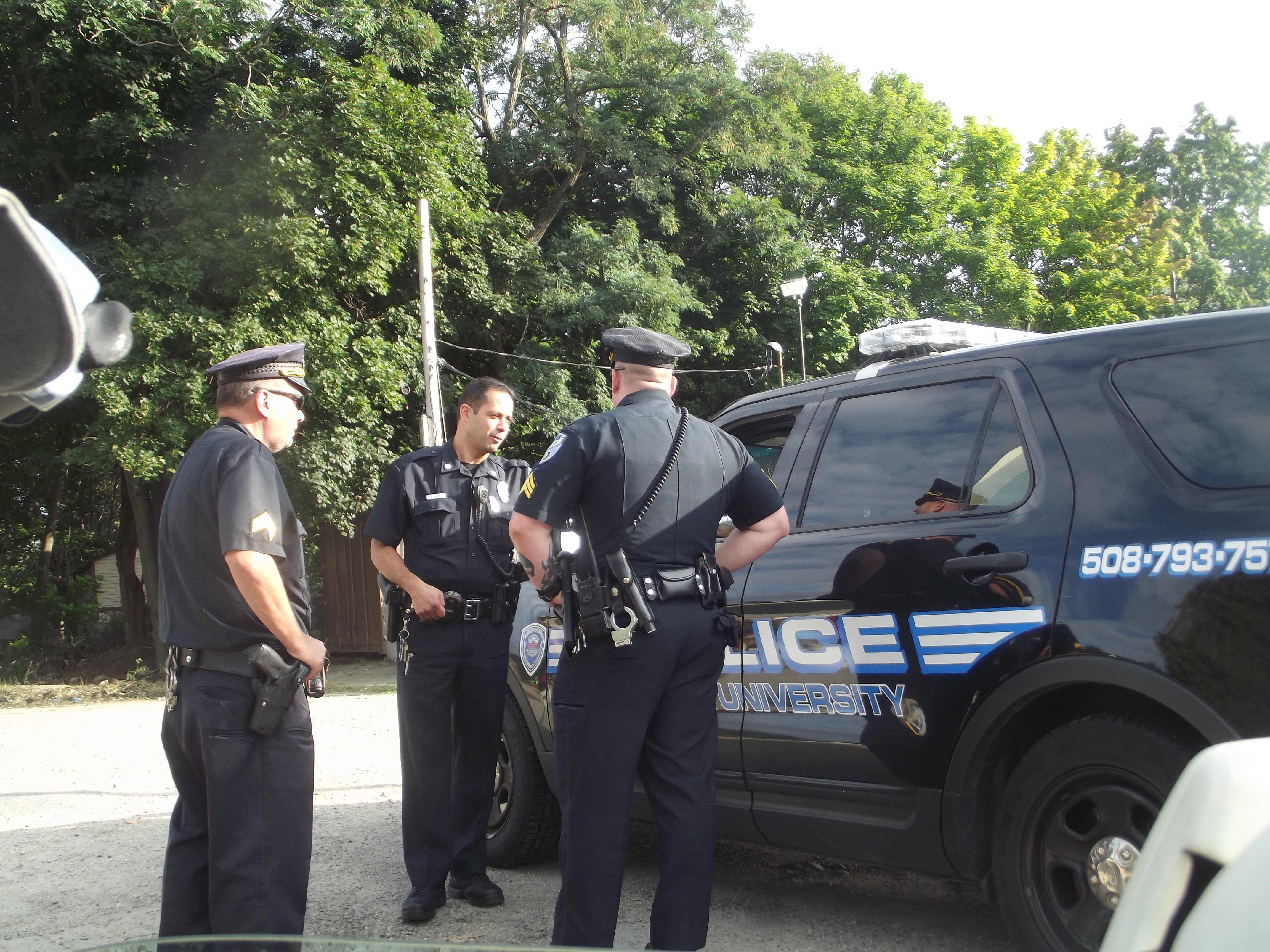 On the other end of the lot, they had a “Plinko” type game set up for the children to play with on the grassy area that borders that side of Crystal Street. I inquired of the Clark Police who was putting on this event, and they told me it was the Main South Community Development Corporation, which was evidenced by the orange traffic cones piled up near them that had MSCDC written on them! 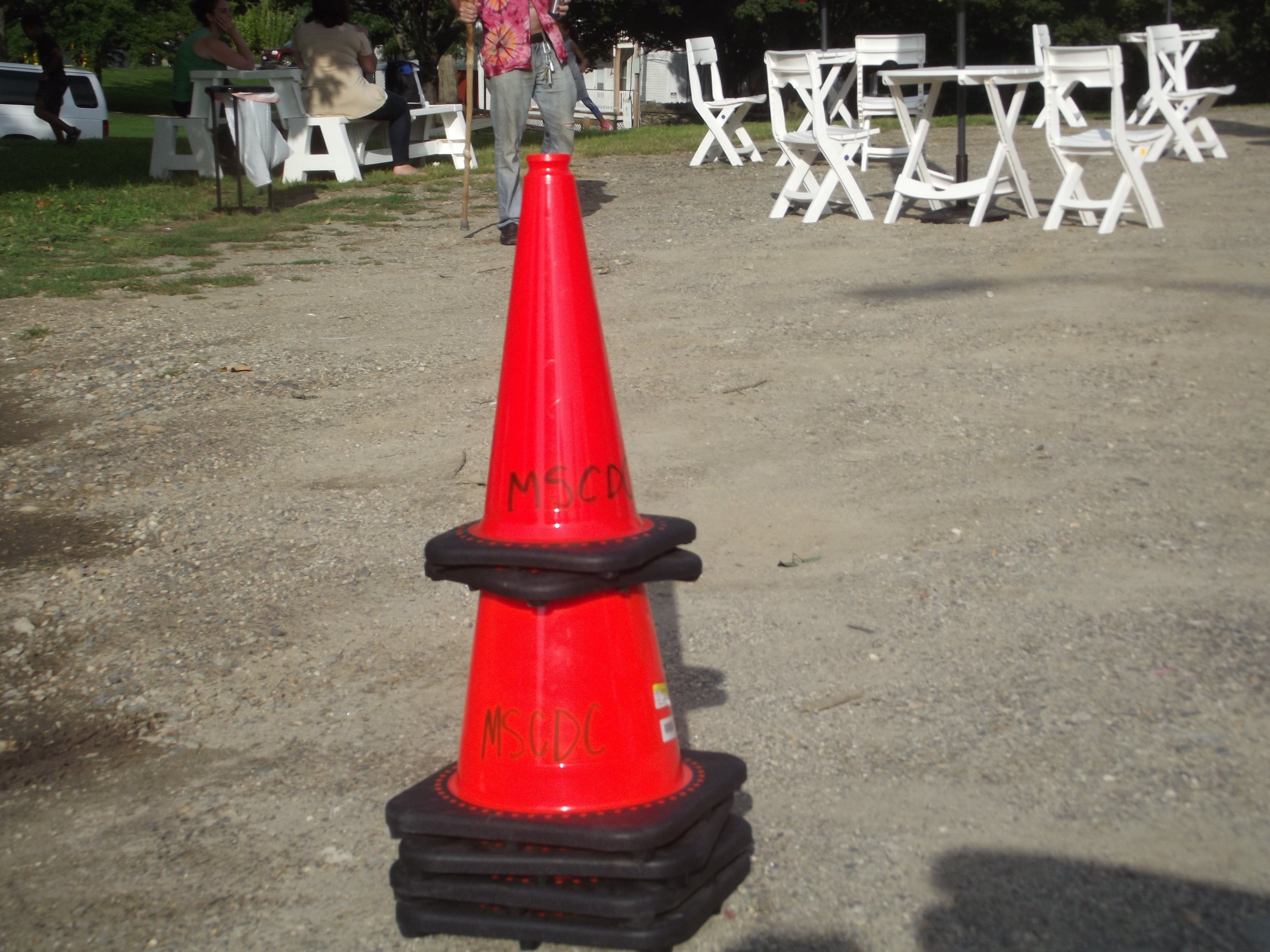 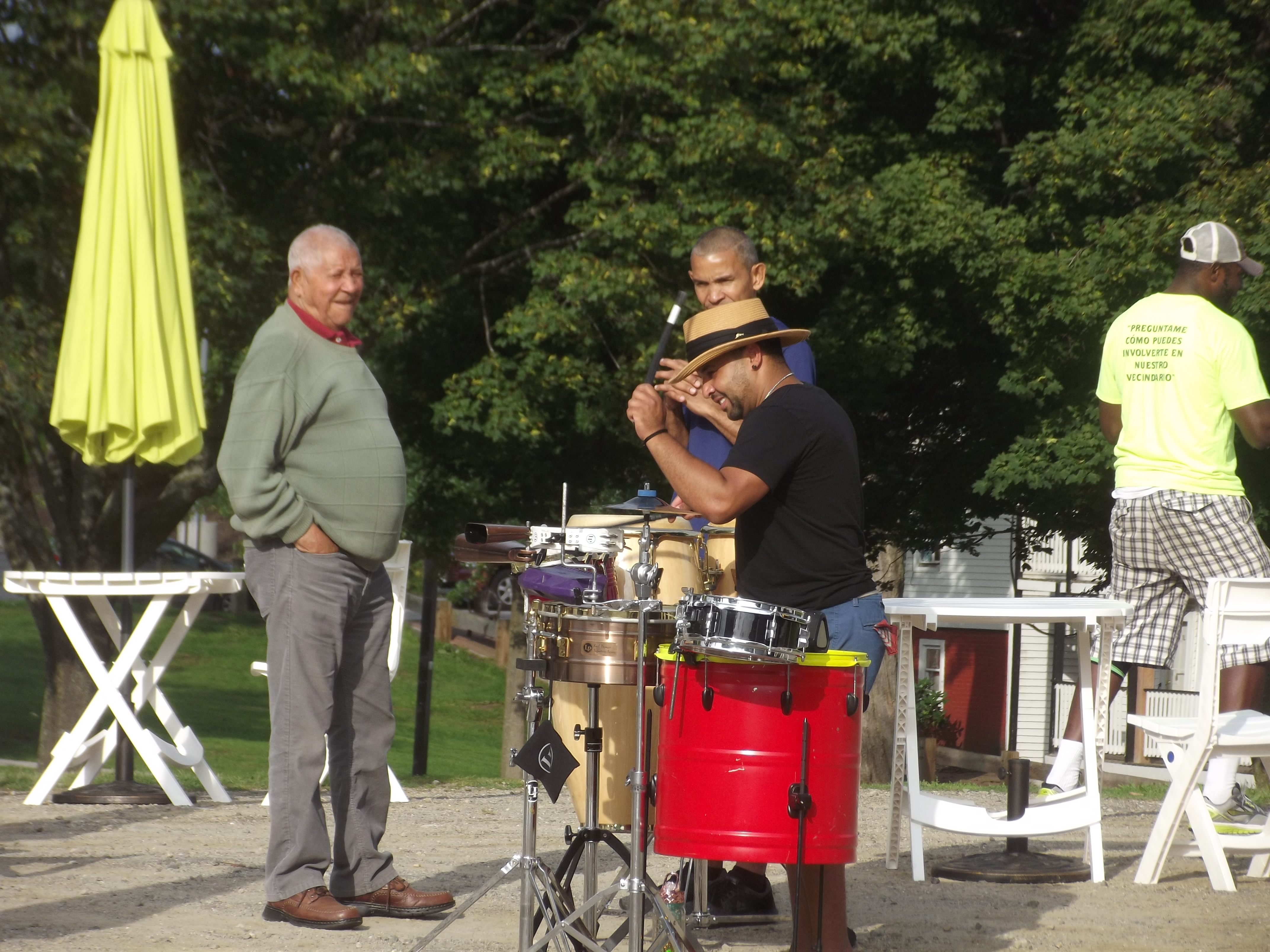 … and reminiscing about those great musical talents, Bob Marley and Carlos Santana. The visual effect of the Main South musical scene was very 1960s, 70s…🌸🌻