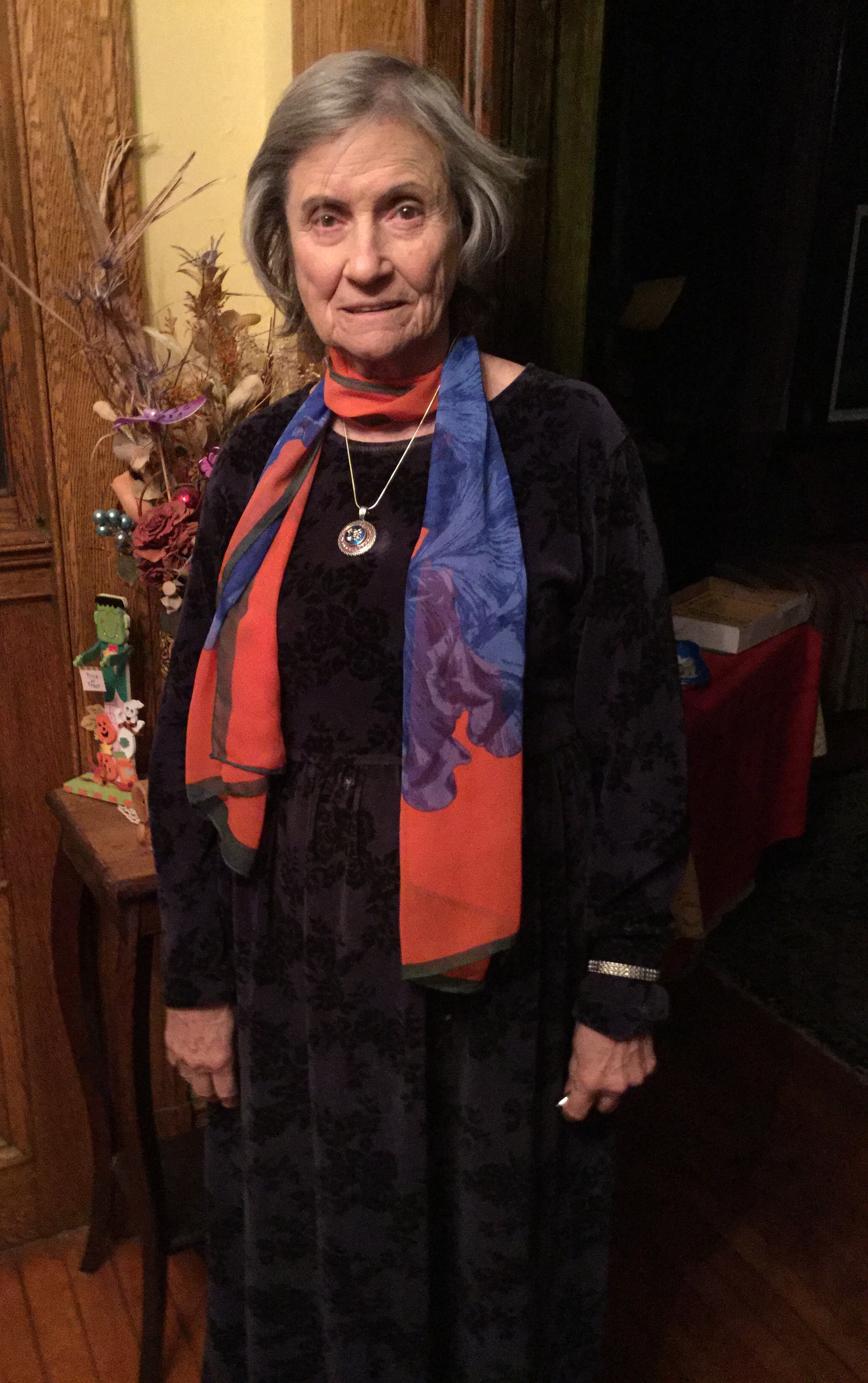 A recent photo of Edith in her beautiful Worcester Victorian. photo submitted

Is the George Floyd murder the “last straw” – the one that “broke the camel’s back?” Are we, the American people, finally ready to make some REAL changes?

Violence of all sorts is deeply embedded in all areas of our culture. WAR is our prime metaphor as a solution for anything that needs changing: We have the war on terror, the war on drugs, the war on cancer, the war on crime, the war on bacteria and viruses – on anything that harms us. And the Trump administration declared war on certain immigrants, on people of color, on Muslims, and on anyone unfortunate enough to try to seek refuge from countries where the drug lords rule, getting rich by feeding our deplorable drug habit) or where a tyrant is in charge. And murder, mayhem and fear rule each day.

We do not have a great history of being hospitable to newcomers, have always had quotas (with Hitler killing in Europe … I came under a special quota in 1941, as a member of my European family, Jewish, penniless and deprived of citizenship (and thus made into non-persons). It was by the grace of God that my family entered the United States – just two months before Pearl Harbor, when all immigration stopped as we went to War.

All during World War II there was never a weapon in our home, nor did we children play with toy guns. And we came from a nation where the police were not armed (neither was the population).

Here, as an American citizen, I have participated in our local “Crime Watches” and have supported “Community Policing” and always enjoyed great cooperation and caring. I know that being assigned to that group is not the road to promotion, but I always felt that this activity was the most important one. But over the years, in many cities, police work has morphed from the community model (what comes to my mind is the Norman Rockwell painting of the cop sitting on the soda fountain stool next to the boy – obviously a runaway –with the clear implication that he will talk him into going home) to the fully armed, militarized force so much in evidence nowadays.

We now have a whole list of young Black men and boys, killed by police, often unarmed, often with their hands up, usually not in the midst of some imagined heinous crime – mostly just out walking.

When did we give our policemen the right to be judge, jury and executioners?

What happened to “innocent until proven guilty”?

Why do we need to know about every occasion before we know what really happened?

Clearly, the case of George Floyd was different in one important respect: This time, a brave and bright 17-year-old girl with a steady hand and camera, held it on the activities from beginning to end. The whole world saw the unending horror of this killing, thanks to modern technology, so there was no way of playing games with the evidence.

Even though President Trump has in the past said we should not believe our eyes, but believe him (with his record of at least 10,000 public lies??), most people all over the nation and the world this time saw – and were horrified.

So I am hopeful that this time there will be some soul searching, some thinking, some planning, and that gradually we really reform our failed “criminal justice system,“ rife with its inequalities, vengefulness, emotional excesses and politicization.

Any democratic society has to rely very heavily on TRUST: We assume certain things in a free society, that as we go about our daily lives, we can take for granted that the vast majority of people will automatically do what is right and legal: stay in their lane, stop at signs, let pedestrians cross, look out for children and the old and infirm, take turns, and pay for what we select in stores, etc. Laws exist to remind those who choose to do their own thing at the expense of us all that they will lose their freedom to prey on us. All human endeavors have their flaws, so we have to change and/or improve the rules.

We have a right to challenge bad laws, assemble with others, protest and encourage changes.

But we do not have a right to become enraged and destroy the property of others. A good look, usually from an aerial view, of the tens of thousands of protesters, in so many cities, show that they are peaceful, unarmed, slow moving, and of mixed races and ages. But a closer look at the looters and burners and rock throwers shows that they are NOT part of the concerned Americans who truly mourn and want a change.

I took part in the protest marches in the 1960’s, and millions marched peacefully, always on the lookout for the “agents provocateurs” who come to disrupt and give the event a bad name, or who were just hooligans doing their own thing.

The rest of the world does not look upon the protesters as anything but peaceful- and truly concerned citizens exercising their rights. And tens of thousands in other nations have joined our people, and will continue to support them.

Already there are good signs that real changes are taking place …

Perhaps now that we are on the march, the ongoing tragedies of Columbine, Newtown, the Falklands and so many others will also receive attention and lead to making our children safe in their schools without the presence of armed policemen.

Drive fear from our land.