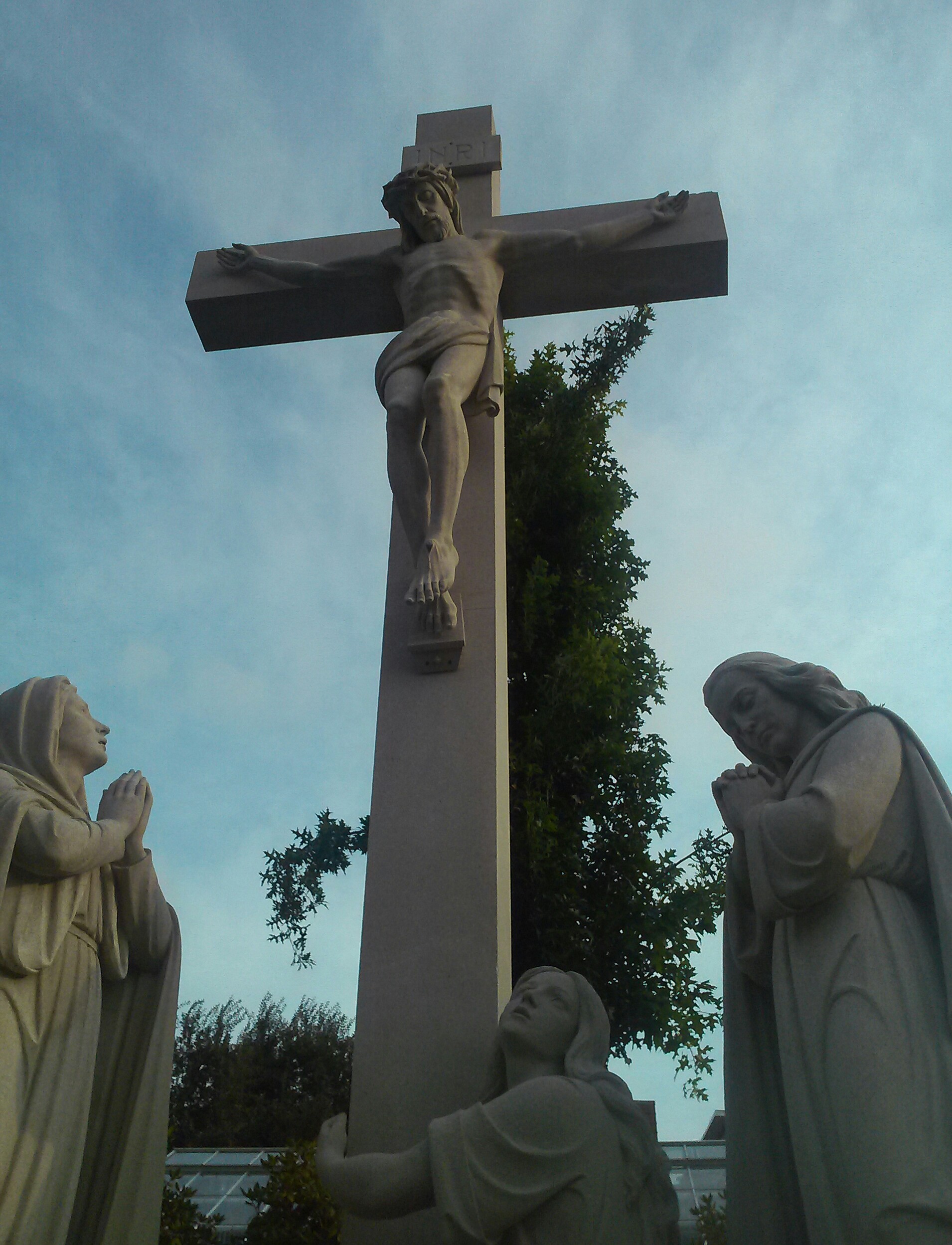 ICT editor Rosalie walked up to this local statue a few days ago to find comfort. ( pic – R.T.)

In the 1990s I lived in Springfield (MA) and Hartford. Young but not too young I lived in those cities to 1. be away from Worcester, my hometown and 2. to work on my writing. I had Grace, my greyhound mix back then, my first dog, and, as always, a few cats, when I pulled Worcester stakes and headed down the pike/ route 84. I piled most of my clothing  in my cream-colored Cavalier station wagon, got a few friends to rent me a small UHaul van, load it up with my then bedroom and kitchen sets and together, one guy driving the UHaul, the other guy riding with me to keep me company,  headed down the road.

The great – and disappointing – thing about “heading down the road” is that once you get to your destination and the brief honeymoon period of adjusting to life in a new locale is over (1 – 3 years) you find you’re the exact same person you were in your old/town or city, be it suburban dump or glitzy metropolis. Sure, you picked up new clothes, new interests, new pals, eaten at new restaurants but it’s basically YOU, your personality, hanging on a new street.

Comforting.  We are people with individual personalities – not chameleons that shed our skins to match some rock.

Discomforting. We think we are founts of infinite potential and that we can reinvent NEW AMAZING LIVES FOR OURSELVES at every turn – the American ethos. But we can’t. Not really. We are human beings whose parents and early childhood pretty much set our IQs and personalities in stone. You can tweak and play around the edges (that’s what psychotherapy is for) but YOU ARE YOU!

I had the above epiphany in Hartford in the 1990s and headed back to Worcester, where I’ve been running my little life ever since.

In Hartford I realized a few other things, too: 1. THAT WORCESTER WAS SO MUCH SAFER THAN SPRINGFIELD AND HARTFORD and other New England cities its size  2. It was Worcester’s safeness, its BIG SMALL TOWN FEEL that I LOVED and missed most of all! The Sunday drivers, the acres and acres of green space, the lack of skyline, the LACK OF GUN VIOLENCE. The relative PEACE. All this mundane crap was what made Worcester STELLAR!

Even back in the 1990s Springfield and Hartford were filled with gangbangers, murderers, gun toters and knife-brandishers … pitbulls who’d lost dog fights hanging from trees (in city parks!), young fathers bed hopping while their kids and women waited in pisshole apartments for their “king” to return home, the women enablers who’d brazenly fight it out with each other over the “love” of some loser. Ugly scenes. Self-destruction. Drugs. Guys walking around with paper bags with bottles in them and leaning against bus stop signs (on Main Street!) to take a few swigs from their bottles. Women were killed and stuffed into trash cans, like yesterday’s garbage.

My neighbor in my Hartford apartment building, a sweet piano teacher who gave piano lessons in his apartment, had his living room window sprayed with bullets, the living room in which stood his beloved piano, next to a white wicker chair. The living room where he gave piano lessons to neighborhood kids wasn’t elegantly appointed (he didn’t have a lot of dough), the tentative tinkling I loved to listen to from my apartment, up above, wasn’t always very  … musical! Still, it felt like home! After the guns moved in the piano teacher moved out. Within weeks. And I was left without his music, with sadness. This music teacher, a symbol, to me, of hope amid all the despair around us, of art in spite of the killing, of teaching trumping shooting up – heroin –  and guns – was gone. Poof! Vanished into the suburban thin air! Kids learning their scales and how to read sheet music were no longer part of my city world. Now it was kids with guns hunting each other down with such intensity that sometimes entire families had to abandon their apartments and relocate for safety purposes. I knew of one such family. The kid was 16, gorgeous and charming but TROUBLE. He crossed some folks. They were after him. His mother moved the family out of their neighborhood under the cover of night. She adored her son, would do anything to keep her baby safe. Some baby.

THE KIND OF FEAR THAT EMPTIES YOU OUT. The kind of fear that stops you from enjoying your life in your city because you are too busy watching your back. This is what’s happening in Worcester today: fear and violence birthing more fear and more violence. It’s the domino effect. And just you try to stop it! You get the bad guys, put them away, but their “friends,” through a perverted sense of loyalty, “get” the other guy, step up to keep up the mayhem. One guy loses his drug business, there’ll be his mentee – or competition – to pick up the slack.

Worcester, my hometown, used to feel … old fashioned. Frumpy. A city where you’d never expect a two-year-old child and mom to be gunned down while sitting in their car. You think: that’s the kind of violence you see in much bigger cities where economic and social disparities are wider. Right? Wrong!  It happened here, in Worcester, a few days ago. Worcester – a city no longer peopled with Sunday drivers and easy going ( if slightly boring) neighbors, and second-rate everything. Nope. It happened in the shining new Worcester where the upper middle class still enjoy a pretty nice existence but where our working class and uneducated (more than half of Worcester) find little opportunity, what with our factories, the juice that gave Green Island, Vernon Hill, Grafton Hill, Main South, Quinsigamond Village, Piedmont, Union Hill, Greendale their juice, gone. Now jobs are scarce and what’s available pay $9 an hour. Nine bucks. Trying paying your rent and bills and buying groceries on nine bucks. It’s a wonder Worcester – America! – doesn’t have MORE murders and brazen gun-play!