I arrived shortly after two o’clock, [Sunday], and the place was at overflow capacity, with people being asked to remain outside due to the gym being at capacity.

There was a police lieutenant posted outside directing traffic and manning the crosswalk.

As I was leaving there were still more parents and children heading to the party.

The place was mobbed. [Families had to be turned away, with a promise of a mini-party, including Christmas presents for the kids, on Monday.]

I asked [Executive Director] Gordon [Hargrove] if he had enough presents for all the children. He seemed to think he did. 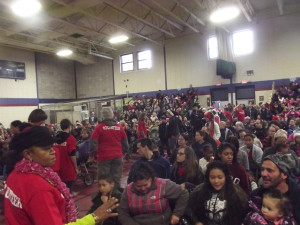 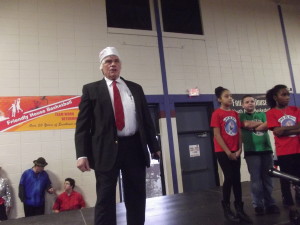 Friendly House Executive Director Gordon Hargrove introduces the Friendly House Chorus to the audience. There were lots of music/dance groups to entertain party goers! The celebration, a decades-old tradition, was held in the gymnasium of the Friendly House (pictured below) on Wall Street. 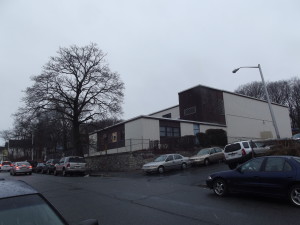 Below: Worcester police officer directs traffic in the crosswalk to the Friendly House. 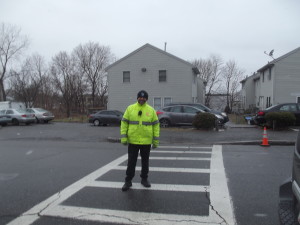 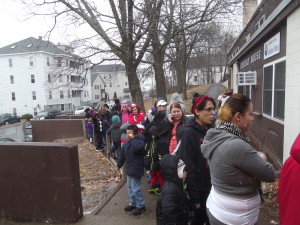