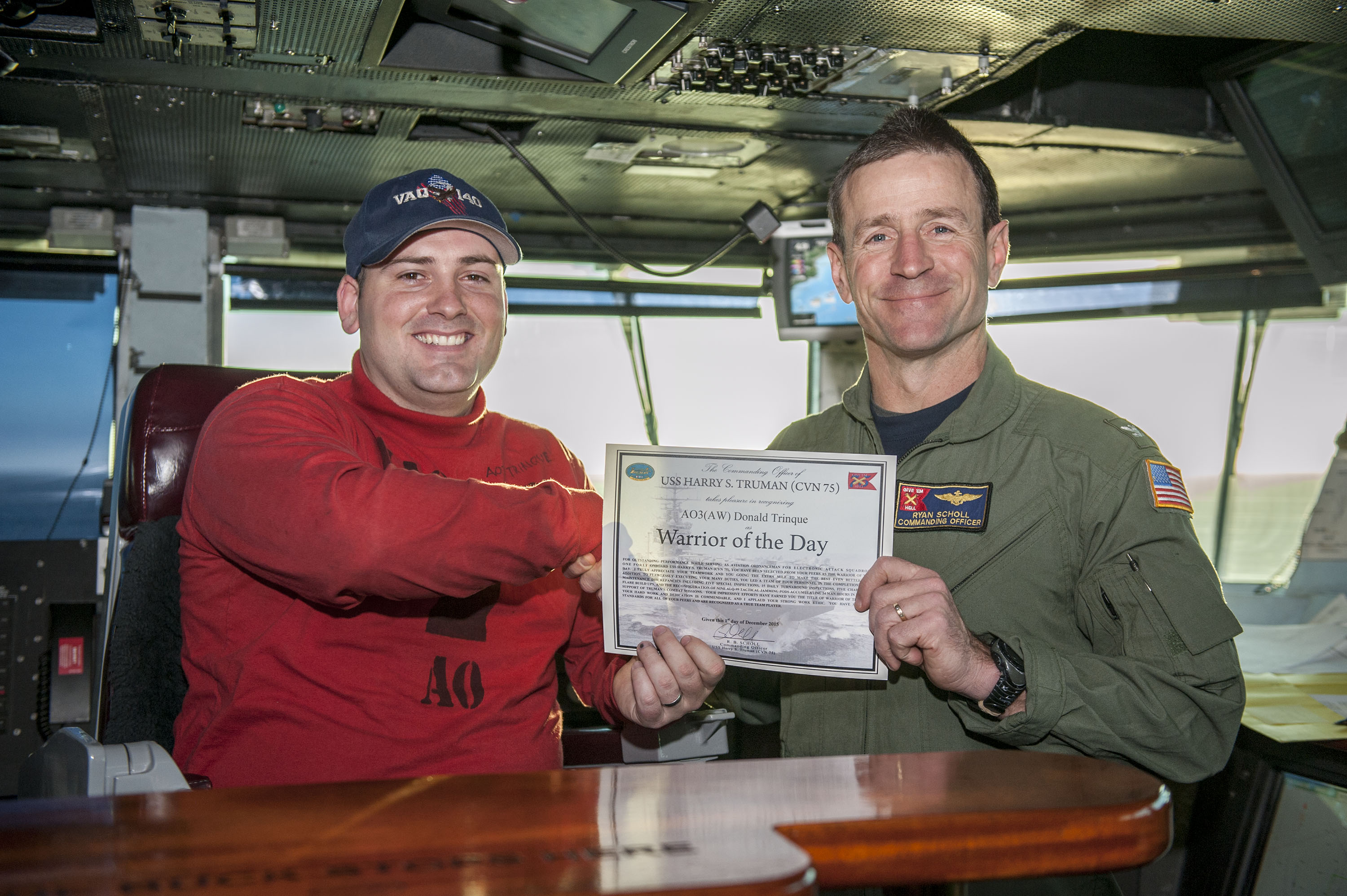 Petty Officer Donald J. Trinque, of Ayer, has served in the U.S. Navy for three years as an aviation ordananceman. He is a 2007 Ayer High School graduate and was recently selected as USS Harry S. Truman’s Warrior of the day for December 1, 2015.

“Why Being There Matters”

On our planet, more than 70 percent of which is covered by water, being there means having the ability to act from the sea. The Navy is uniquely positioned to be there; the world’s oceans give the Navy the power to protect America’s interests anywhere, and at any time. Your Navy protects and defends America on the world’s oceans. Navy ships, submarines, aircraft and, most importantly, tens of thousands of America’s finest young men and women are deployed around the world doing just that. They are there now. They will be there when we are sleeping tonight. They will be there every Saturday, Sunday and holiday this year.  They are there around the clock, far from our shores, defending America at all times.

Thank you very much for your support of the men and women in U.S. Navy, deployed around the clock and ready to protect and defend America on the world’s oceans.