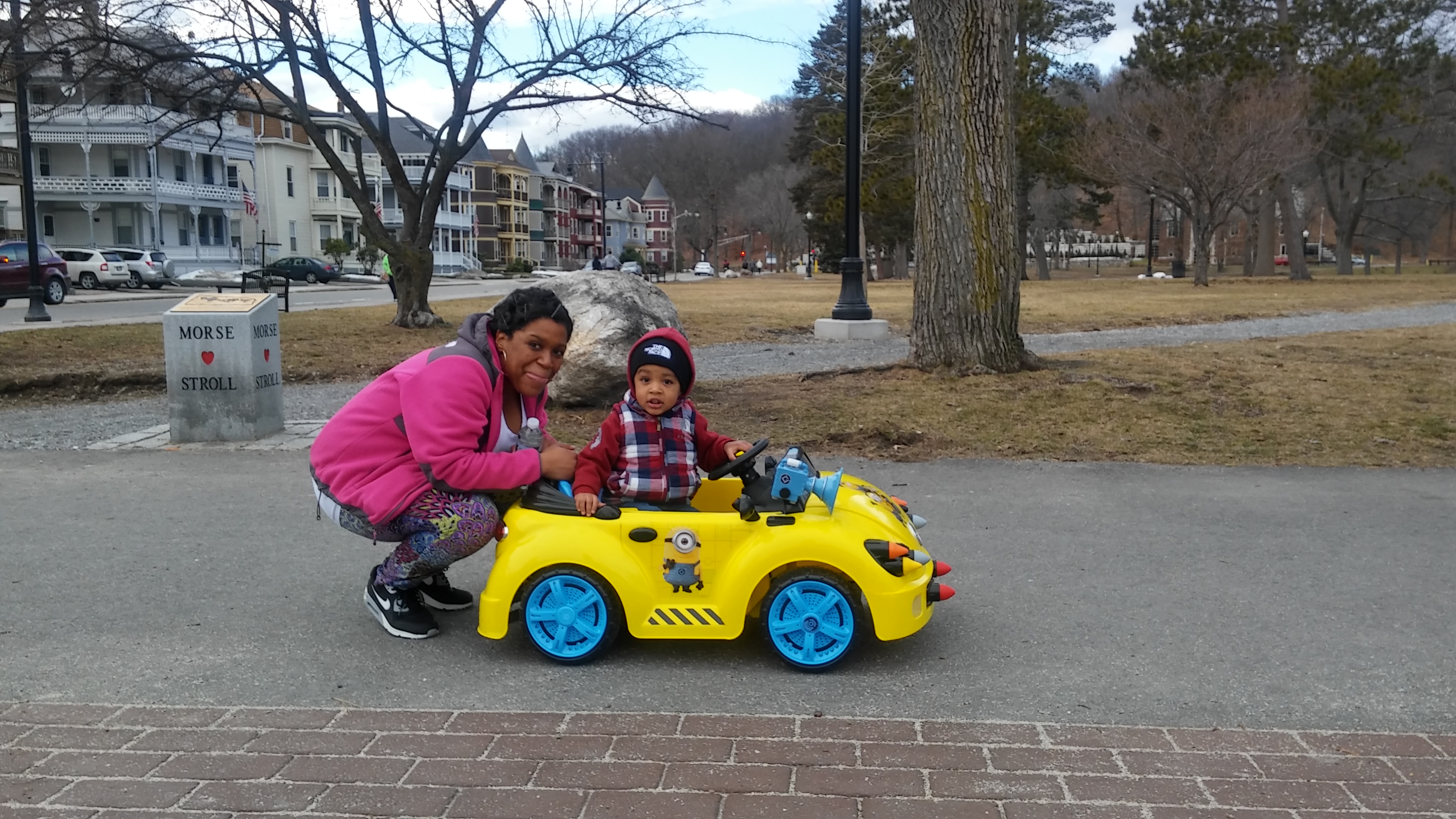 I was delivering InCity Times today when I spotted the beautiful Mia and son enjoying the lovely weather at our lovely Elm Park! I had to snap a pic! So cute! – R.Tirella

The case for Black, Brown and Latino Leadership in the Sanders Campaign

Bernie Sanders’ campaign for president is unleashing something very powerful, something that has been locked away in the hearts of millions of Americans for decades.  He is speaking simple truths about the big issues of our lives and country, truths that have been banned from the airwaves almost since the beginning.  Millions are responding with passion, even joyfully, to this coming of the light.

It is critically important that the American people have leadership that they trust at this dangerous moment in history.  The economy is sliding toward a terrible new crisis. Wars are spreading across the globe and the danger of a new World War has never been greater. And – right on schedule – fascism is rearing its ugly head, here and abroad.  Yet these threats are all man-made, and Bernie is showing us the promise of a brighter future on the other side.  He shows us there is nothing we can’t accomplish when we all come together and take our government back from the billionaires.

But history teaches us that racism in all its forms has been and remains the greatest obstacle to winning that brighter and better future.  It also teaches us that the broad unity we need is only possible when we have Black, Brown and Latino leadership at every level:

–  for the strength, experience, understanding and passion “people of color” bring to the battles,

–  because the alternative is wasting our strength on fighting each other.

Black, brown and Latino leadership in the struggle is a necessary idea, necessary for believing that a winning combination is possible.

I rarely pass up the chance to talk with Trump supporters.  The working-folk among them know and understand a great deal of what Bernie is saying. Most will admit their reasons for supporting Trump are nonsense. But they sense that the “us” they imagine coming together to fight – an all-white, native-born “us” – is incapable of confronting the billionaires who are the actual problem. This leads to fatalism, and so they either drop out or turn to stupid outrageous stuff that at least feels good and expresses their anger and disgust.  Thus, curiously, I think many may be drawn to Trump because the Sanders Campaign looks “too white to win”  in the larger battles to follow.

So why has Bernie’s support among Black, Brown and Latino voters been building so slowly?

Do they detect insincerity, a shallow understanding or pandering?  Does Clinton have something more or different or special to offer?  I have hesitated to write about this because I know I can’t really understand what it’s like to grow up and be black in America. But time’s running out, we vote in 9 days, so it’s long past time to take a risk.

So here is my case:

First, Bernie’s core economic program will benefit all working folk, but are most urgently needed by Black, Brown and Latino working folk   His plans for massive job creation, bringing our work back home from overseas, raising the minimum wage to $15, requiring benefits like family leave and paid vacations, medical care as a right for all, expanding Social Security, breaking up the big banks behind our foreclosure crisis and free public college – and for making the rich and the billionaires pay for it – will go far to restoring the health of all of our communities, but none more so than Black, Brown and Latino communities.

This is not the same as reparations for slavery, but it would accomplish much the same economically and it is a program around which we can build broad unity.

Second, Bernie’s challenge to the “white working class” to reject racist thinking and stand together with Black, Brown and Latino folk is not based on moralizing or shaming but on a well-founded appeal to common self interest, and to the need we have for each other in the struggles to win our common objectives.

Third, Bernie far more than any other major party candidate for President has responded to challenges from Black Lives Matter activists, by putting their issues and demands forward strongly, including an end to police violence against Black folk, demilitarizing police, abolishing private prisons, ending mandatory minimum sentences, ending the war on drugs and decriminalizing marijuana.  And he states these strongly not just in urban centers but, as I have seen with my own eyes, at town hall meetings in rural nearly all-white towns.

Finally, the record clearly shows that Bernie has cared about and fought for these issues over the course of his 55 years as a political activist, mayor and legislator.

— His record of introducing, fighting for and winning legislation supporting racial justice and civil rights in the Senate and House is second to none.  The NAACP and the ACLU both regularly give him top ratings.

— In 1988 when Jesse Jackson ran for the Democratic Nomination for President, not one elected Democratic official endorsed him, even after he had won eleven primary and caucus contests.  The lone elected official in America to endorse him was the Mayor of Burlington Vermont, Bernie Sanders, who went on to organize Jackson’s win in the Vermont caucuses.  Listening to his endorsement speech from 1988 is like listening to his campaign speeches today, only the statistics have gotten a lot more shocking in the intervening 28 years!

— Some would belittle Sanders’ Civil Rights work in Chicago, but that was and still is a real battleground. Chicago was then arguably the most-segregated city in the world, and probably still is.  As a 19-year-old college student I was present at the Battle of the Willis Wagons on Chicago’s South Side in the Summer of 1963, where the City was putting mobile classrooms on the playground of an all-Black elementary school rather than changing the boundaries to put some students in a neighboring all-white school.  While I don’t remember meeting Bernie personally I remember the commitment and seriousness of the members of his campus group, the Young People’s Socialist League or YPSL.  We spent many days and a night with community folk preparing for the battle to stop the bulldozers.  How proud I would be now had I stayed and been arrested with Bernie!  But then, my whole life might have taken a different and perhaps more useful path.
http://www.chicagotribune.com/news/local/breaking/ct-bernie-sanders-1963-chicago-arrest-20160219-story.html

Bernie is the real deal.  The campaign against him is focusing on sowing doubts about his honesty, motives and commitment.  I would urge we shrug off these attacks as the diversions they are and join in committing to a historic peoples’ victory at the polls and in the urgent battles that will surely follow.