The New York City Council has taken a bold step toward eliminating one of the worst factory-farming abuses by listening to its conscience instead of foie gras industry falsehoods and overwhelmingly passing a citywide ban on this deadly atrocity.

As a Long Island resident who rescues hundreds of abandoned ducks every year, I take this win personally. Unlike most people who consume foie gras (and even those who produce it), I have gotten to know many ducks firsthand, which is how I know that they are smart, playful and highly social. They have long memories and display abstract reasoning from a very young age, and many mate for life and grieve for a long time if their partners die. Insatiably curious, ducks are always looking for something to do, from splashing and blowing bubbles in mud puddles to staging epic mock straw-throwing battles and even playing fetch like dogs.

One duck I found abandoned in a canal last year was a moulard, the same breed that is commonly raised and killed for foie gras. Like other moulards I have met, this fellow was endearingly gentle and friendly, so much so that I named him Angel.

Foie gras producers take advantage of moulards’ sweet nature in the most despicable way imaginable—by ramming a pipe down their throats and pumping up to 4 pounds of grain into their stomachs every day. Because gentle moulards endure this abuse stoically, the foie gras industry adds insult to injury by making the absurd claim that they don’t mind being tortured.

As an anthrozoologist who is well acquainted with duck behavior, I can assure you that they mind very much being confined to cramped, filthy sheds and pens where they have no choice but to live amid their own excrement.

They mind very much never, ever getting a chance to bathe or swim, one of their intrinsic needs as waterbirds.

And yes, they mind very much when their diseased livers expand to up to 10 times their normal size, pressing on other internal organs and making it difficult for them to breathe and regulate their body temperature.

Their frantic panting, unkempt feathers and difficulty walking are all clear indications of their pain and discomfort.

New York City Council Member Justin Brannan was spot-on when he said, “Force-feeding a bird for the sole purpose of making it sick to create some bizarre delicacy is gruesome and inhumane.” Even famous chefs have disavowed foie gras.

The late Charlie Trotter visited several foie gras farms, after which he said, “What I have seen, it’s just inappropriate. … I don’t believe that any animal would have to go through that for our benefit.” Influential French-born chef Albert Roux says foie gras “should carry a health warning … so that people are aware of the inhumane methods of producing the delicacy.”

Angel — whose mangled, partially amputated beak was mute testimony to his factory-farm past — was lucky enough to escape the blade that claims millions of his brothers (most ducks killed for foie gras are male). He went to live at JuneBug Lodge, an idyllic vegan bed and breakfast in Watkins Glen, New York, where he became fast friends with a group of other rescued ducks and chickens.

Angel was special, but no more so than any of the birds who are imprisoned, force-fed and slaughtered for foie gras.

They are all sensitive individuals who want nothing more than to do what nature intended — swim in ponds and socialize with their family and friends. That doesn’t seem like too much to ask! 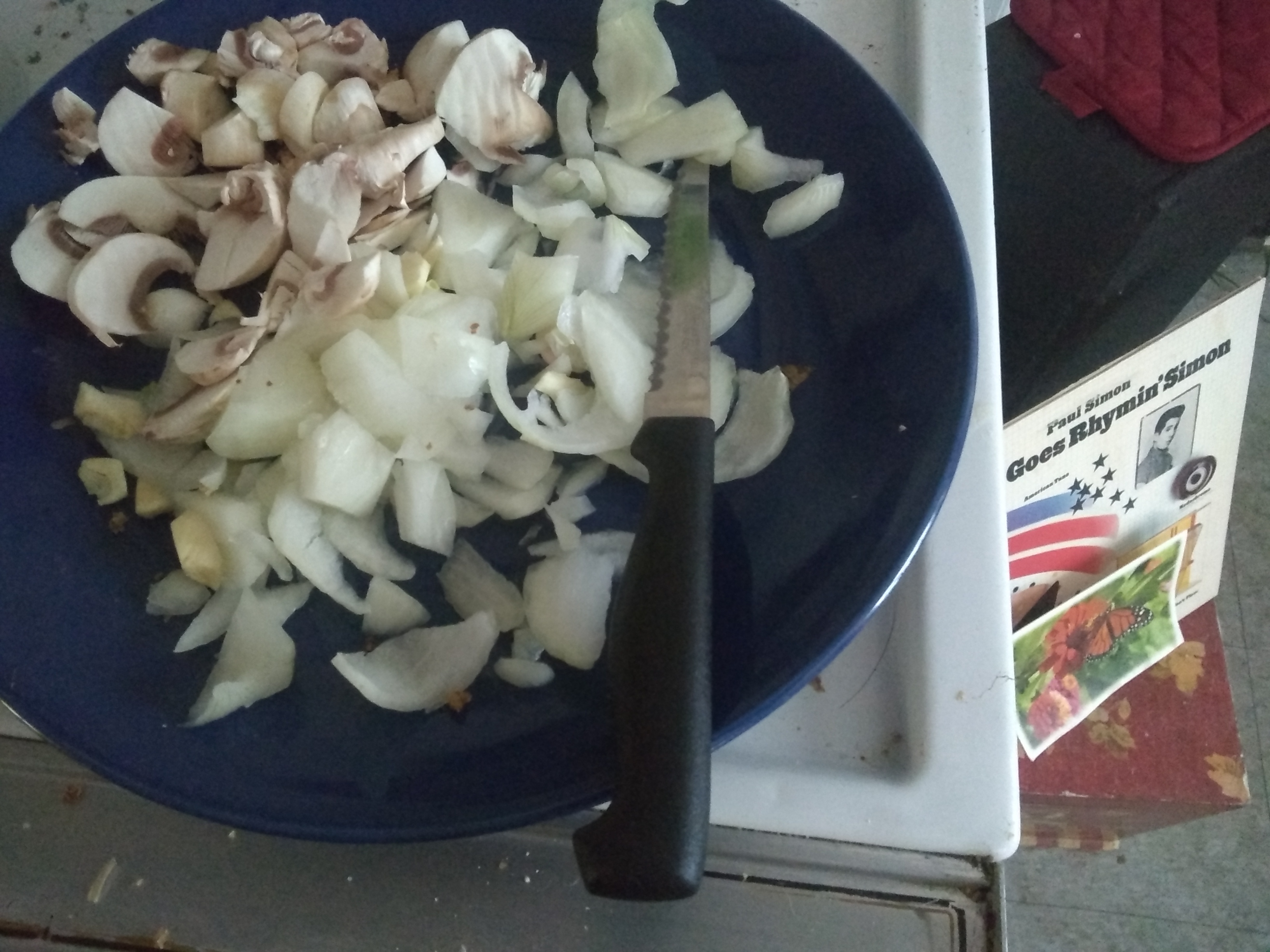 Let’s torture ZERO – or try for fewer, you carnivores!! – animals this holiday season! Have a heart – cook/sample some veggie treats, sides – and even main dishes – this Thanksgiving/Christmas! TRADER JOE’S, ON ROUTE 9 in Shrewsbury, HAS THEIR INCREDIBLE Thanksgiving Tofurkey Roll ready for you! Yummy! A great center of the table gracing main meal.♥️ – Rose T.

Directions:
Mash the sweet potatoes well in a large bowl. Add the dry ingredients and the oil. Mix well. Add the seeds.

3 apples, peeled, cored, cut in half, and thinly sliced

Directions:
Preheat the oven to 400°F.
Oil a 9-inch springform pan.
In a skillet over medium heat, melt 1 tablespoon margarine. Toss the apples with the brown sugar and cinnamon and sauté for 2 to 3 minutes. Drain off and reserve the liquid.

Cream together 1/2 cup margarine, 1/3 cup white sugar, 1/4 teaspoon vanilla, and the flour. Press the crust mixture into the bottom of the springform pan. Set aside.

Pour this mixture over the crust and spread the apples on top.
Bake for 10 minutes. Drizzle with a couple of spoonfuls of the reserved apple liquid, avoiding the edges of the pan, and continue baking for 25 minutes.

Sprinkle almonds over the top of the torte. Continue baking until lightly browned. Cool before removing from the pan.

This past weekend was a Paul Simon kind of weekend … 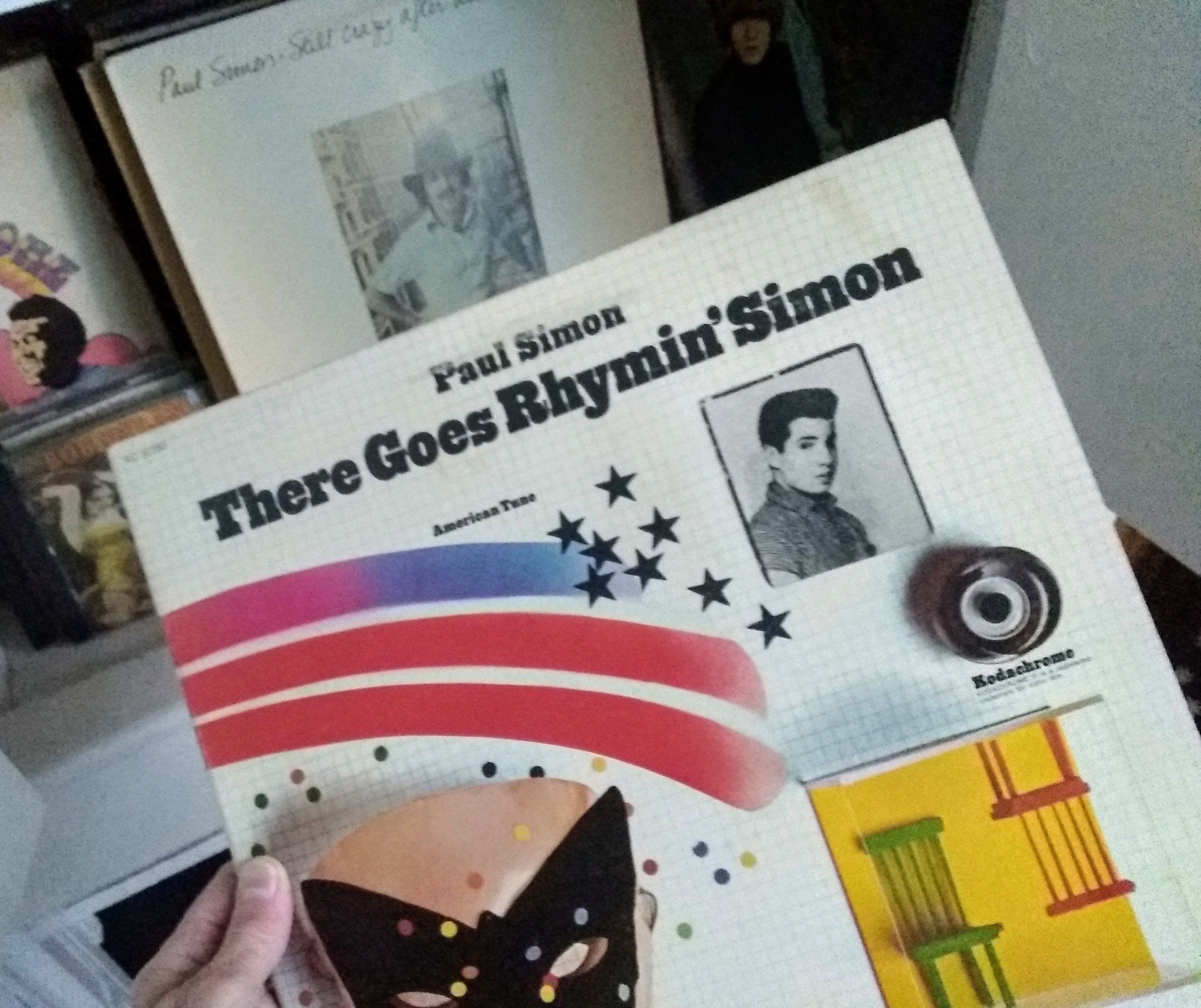 I saw their big reunion concert in NYC’s Central Park years ago! Drove down in the back of a pick up truck from that Vermont hippie commune I was stuck on and told you about. Foolish, sweet youth and youngness! Baby-faced joy! It was a chilly ride down, even with the cute head farmer hugging me all the way …