WASHINGTON — President Obama will ask Congress to increase environmental protections for millions of acres of pristine animal habitat in the Arctic National Wildlife Refuge in Alaska, in a move that has already led to fierce opposition from the state’s Republican lawmakers.

The White House announced Sunday that Mr. Obama would ask Congress to designate 12 million of the refuge’s 19 million acres as wilderness. The wilderness designation is the strongest level of federal protection afforded to public lands, and would forbid a range of activity that includes drilling for oil and gas and construction of roads.

If the proposal is enacted, the area would be the largest wilderness designation since Congress passed the Wilderness Act over 50 years ago. But the proposal seems unlikely to find support in Congress.

“Designating vast areas in the Arctic National Wildlife Refuge as wilderness reflects the significance this landscape holds for America and its wildlife,” Secretary of the Interior Sally Jewell said in a statement. “Just like Yosemite or the Grand Canyon, the Arctic National Wildlife Refuge is one of our nation’s crown jewels, and we have an obligation to preserve this spectacular place for generations to come.” 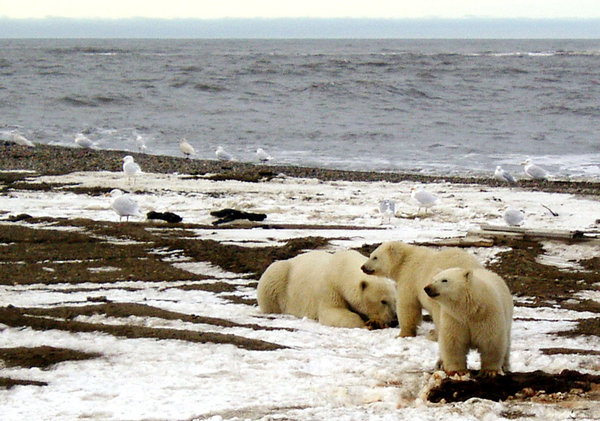 Polar bears on the Beaufort Sea coast in the Arctic National Wildlife Refuge in this photo provided by the United States Fish and Wildlife Service Alaska Image Library.

The White House proposal was first reported Sunday by The Washington Post.

The Arctic refuge is home to a vast and diverse array of wildlife, including caribou, polar bears, gray wolves and musk oxen. …