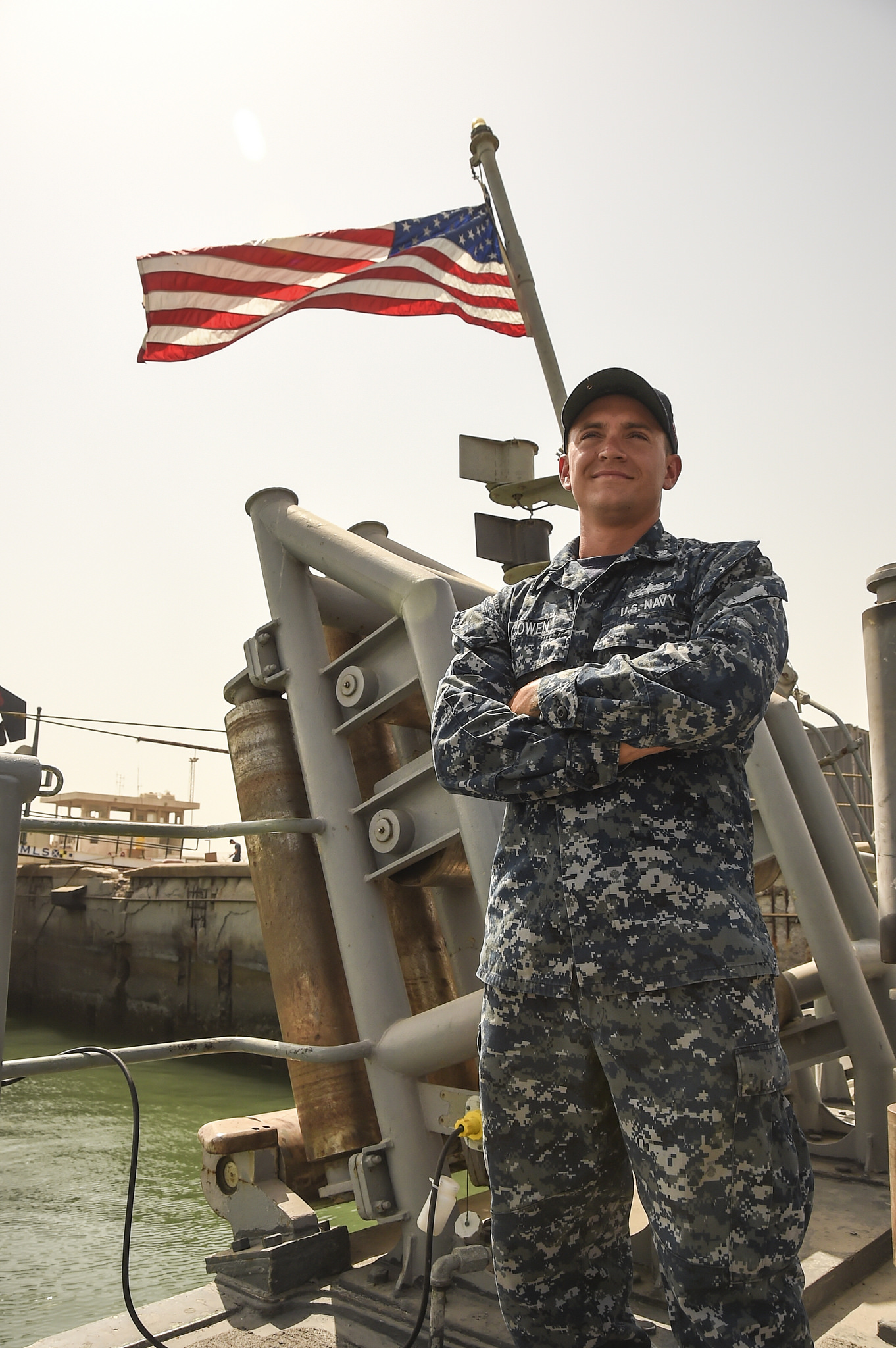 Petty Officer 2nd Class Tyler Cowen is a Navy mineman and lives and works at a Navy base in Manama, Bahrain, where the Sentry is based.  Bahrain is a small island country situated near the western shores of the Arabian Gulf.

A Navy mineman is responsible for working with weapons, deck rigging and is a hybrid between gunner’s mates, boatswain’s mate and operations specialist.

“I like the fact that I can do multiple things in the course of the day as a hybrid sailor,” said Cowen.

The Sentry was commissioned in 1989 and is the second Navy ship to bear this name. It is one of the Navy’s 11 Avenger-class mine countermeasures ships that are designed to remove mines from vital waterways and harbors.

“It’s a small ship and you really get to know everybody aboard,” said Cowen.

The Sentry is 224 feet long, 39 feet wide and displaces 1,312 tons of water. It is powered by four diesel engines and can reach speeds of more than 16 mph.

With approximately eight officers and 80 enlisted comprising the ship’s company, jobs are highly varied which keeps the ship mission ready — this includes everything from washing dishes and preparing meals to handling weaponry and maintaining the propulsion system.

As a member of the crew, Cowen and other Sentry sailors know they are part of a forward-deployed naval forces team that is heavily relied upon to help protect and defend America on the world’s oceans.

In addition to the Sentry, three other Avenger-class mine countermeasures ships are forward deployed in Bahrain along with ten Cyclone-class coastal patrol ships.

The world is increasingly complex and crewmembers aboard the Sentry, as well as the other forward-deployed naval vessels in Bahrain, assist with assuring international sea lines between the Middle East and Europe remain open and help protect against possible maritime threats.

As a Sailor with numerous responsibilities, deployed half-way around the world away from friends and family back home, Cowen said he is learning about himself as a leader, Sailor and a person.

“I’ve learned a lot,” said Cowen. “The Navy trained me to learn at a fast pace, to adapt and discover the best path to get a difficult job done quickly and safely.”

“Why Being There Matters”

On our planet, more than 70 percent of which is covered by water, being there means having the ability to act from the sea. The Navy is uniquely positioned to be there; the world’s oceans give the Navy the power to protect America’s interests anywhere, and at any time.

Your Navy protects and defends America on the world’s oceans. Navy ships, submarines, aircraft and, most importantly, tens of thousands of America’s finest young men and women are deployed around the world doing just that.