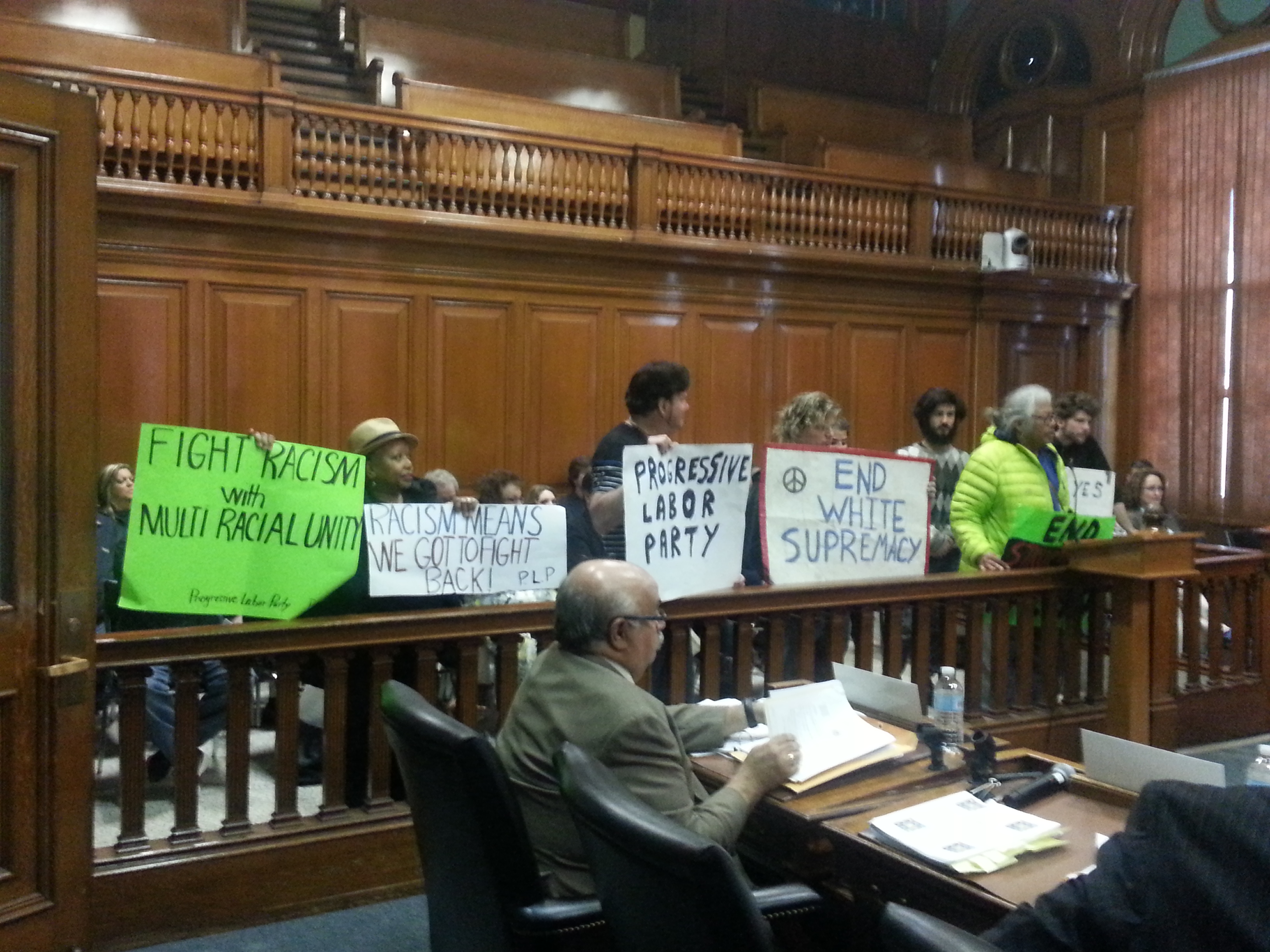 Not listening at Worcester City Hall

There was an investigation by the Chief Diversity Officer of the City of Worcester, Dr. Malika Carter. It was reported that Mr. Traynor admitted to road rage in which he called a Black man a “fucking asshole.”

The City of Worcester has refused to release the investigatory report to the public and has turned away all questions by the media.

The pretext given by the City is that it cannot release personnel data. This is nonsensical, as an investigatory report is not a personnel record and the City of Worcester has already released personnel data of Black people working for Mosaic.

The racist double standard is that Black workers who never worked for the City have their personnel records made public, while the Traynor investigatory report is kept secret.

The coalition rallied outside in front of City Hall for 45 minutes and then spoke at the Worcester City Council meeting about the petition it had submitted. The petition was to make it City policy to release to the public all investigatory reports regarding City of Worcester employees accused of racist activities.

The petition was “filed” by City Councilor Michael Gaffney – the equivalent of being thrown into a bureaucratic waste bin. The City has refused to release other public records, such as records of complaints about racist incidents allegedly committed by the Worcester police.

One of the speakers for the coalition Tuesday night – me! – was surprised when Mayor Joe Petty gaveled me when I quoted the words admittedly used by Mr. Traynor: “fucking asshole.” This was surprising, as the Mayor cautioned me, and I was merely quoting Mr. Traynor! The Mayor never criticized Mr. Traynor for using those words when speaking to a City of Worcester resident.

Many people consider City Councilor Gaffney to be a racist for his insistence that a Black social service agency be audited while doing nothing when charges of illicit financial activity in the Police Summer Project are brought to his attention.

I believe Mr. Traynor used a racial slur in a road rage incident while working for the City of Worcester. Even if he did not utter the racial slur and only called the Black man a “fucking asshole” that is unprofessional behavior which could warrant a termination. City Manager Ed Augustus chooses to protect Traynor.

I will not be surprised when people start to say they are afraid to walk into Worcester City Hall because of possible unprofessional behavior of City employees. Instead of heading off this toxic behavior, City Manager Augustus – by his action and inactions – is fueling it.