Green Rainbows and the Quakers 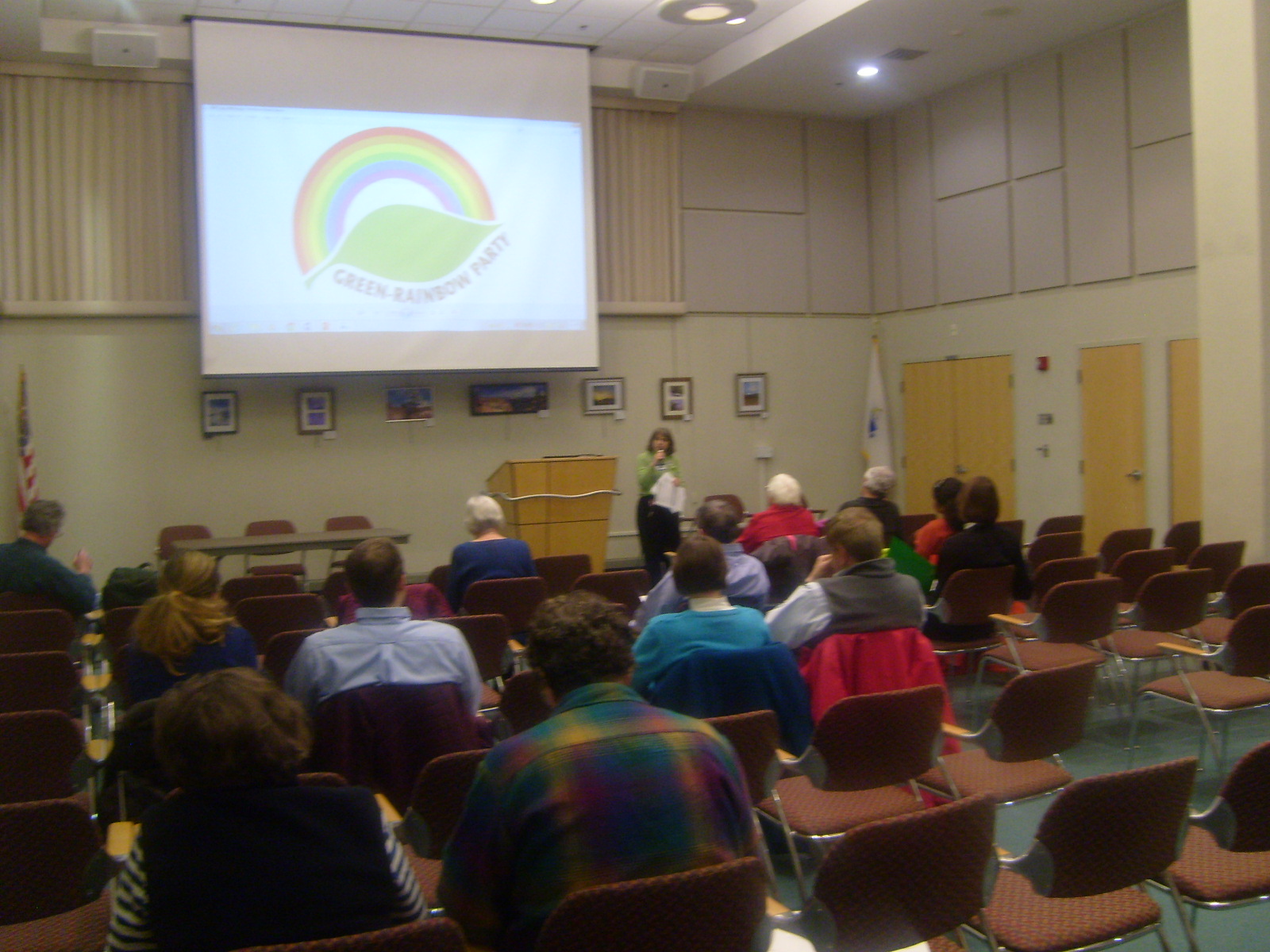 The Green Rainbows met at the Worcester Public Library, located at 3 Salem Square

At the convention the presenter from the Society of Friends (Quakers) Anti-Mass Incarceration Network stole the show with his strong condemnation of the unnecessary and unfair incarceration of millions of people in the United States.

He also condemned indefinite or prolonged solitary confinement as counterproductive and torture.

He referred to a United Nation protocol that solitary confinement for greater than 15 days is torture.

Phil also said most of the arrests are for non-violent “crimes” such as drug possession. He pointed out that for decades many of the so called drug crimes were no crimes at all. Before the early 20th century there was no prohibition on any drug. Each of the drug laws prohibition had at least a partial basis in race.

The presenter pointed out that modern drug laws are a continuation of the slave plantation mentality of the majority society. After the Reconstruction Period in US history the vagrancy laws were enacted to prevent Black people who had little or no resources from travelling to look for work. These laws were a means to repopulate the prison labor system, especially in the Southern United States.

The modern day drug laws and anti-panhandling laws to some extent are a continuation of the system to keep the prisons full.

Eileen, an activist from Northern Worcester County, spoke about gas pipelines being built in Massachusetts. Her message was new gas pipelines are not needed and that they would be environmentally harmful.

What she said was not entirely encouraging, as it seems to be a done deal that the pipelines in the Boston area are a done deal. However, the pipeline in Northern Worcester County was likely going to be diverted through New Hampshire.

Brian, a town representative from Shrewsbury, spoke on the use of citizen petitions to have issues placed on the Town agenda.

Dave, a co chair of the Nashua River Green Rainbows Chapter, reported that Jill Stein got 50 percent of the primary vote in the March 1, 2016, state election. She will get half of the ten delegates from Massachusetts committed to her at the Green Party US national convention in Houston, TX.

This will be Dr. Stein’s second run for President of the United States. She, in the 2012 presidential election, received the highest number of popular votes that any woman had received in any previous Presidential election. I wish her well this time around, although she will be overshadowed by presidential candidates Hillary Clinton and Donald Trump!