Yesterday, I took my dogs out to the country for a run. Foggy ride up the hills, foggy meadow at the top. I tried to watch my ghost dogs … couldn’t see them. But a shout or two or three from me, and out of the mist … Lilac, front paws outstretched and muddy and snow-covered … still carrying her winter fat, but wanting to RUN REALLY FAST, despite her layer of chub. Jett running, too, wearing his relaxed Husky “smile,” as I shout “HOME, JETT!” He’s in love with me and I him. 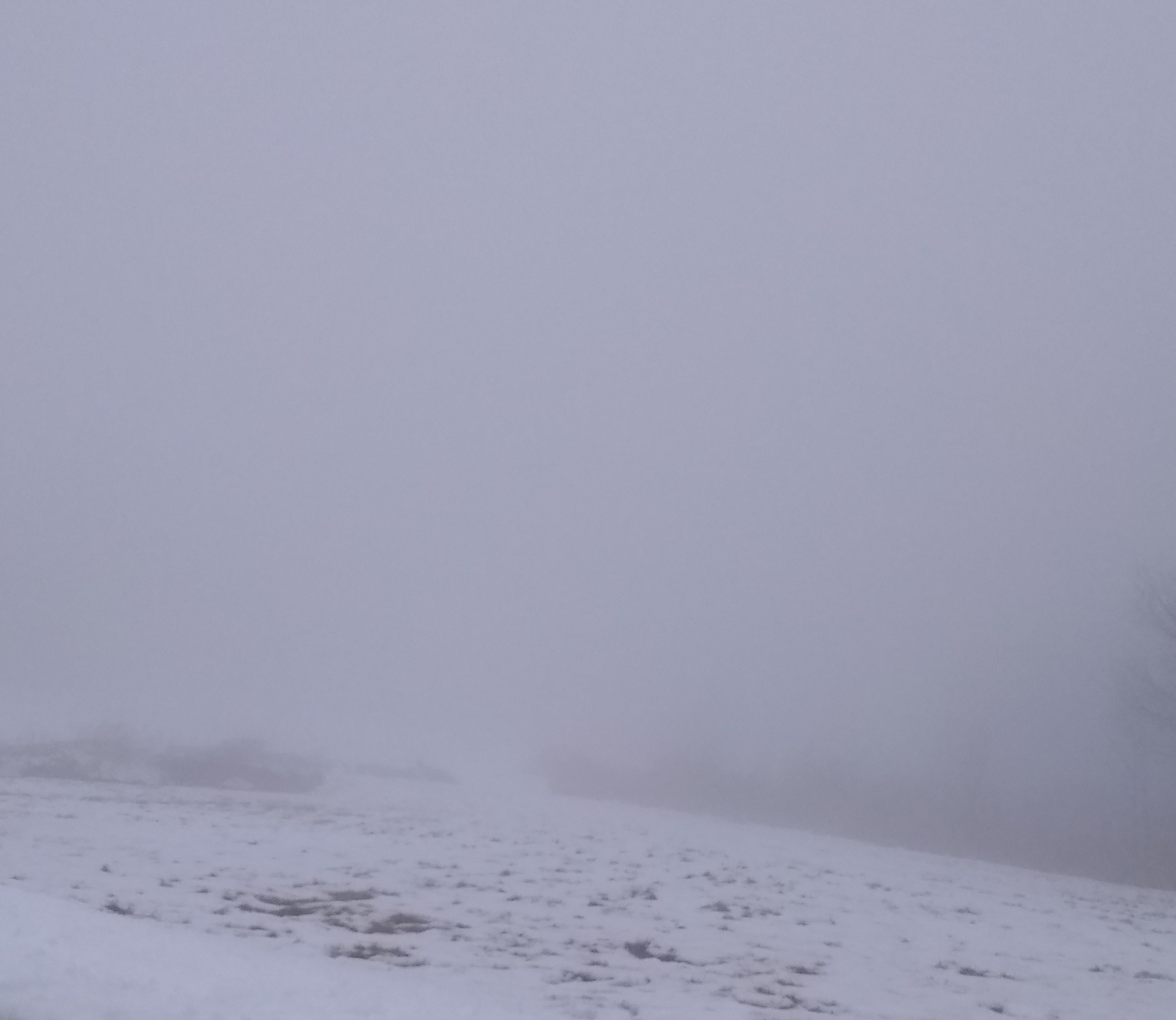 ❄️In my car it is all Elliott Smith all the time these days on my CD player … So, for the ride home, I pop in his first solo CD: “Elliott Smith.” Songs Smith wrote when he was 17, 19. His songs are BRILLIANT. ALL OF THEM. Not a dud in the bunch – and he was prolific! Smith’s songs are wonderfully melodic … my brain unreels, gets cozy, when I listen to them. But his lyrics are brutal, mournful, angry, witty, wry: PURE PUNK. So … yesterday, driving home, down the big hill in New England-winter time, white fog and mist enveloping my jalopy, struggling to follow the disappearing curve in the road, my feelings raw, I HEARD – FOR THE FIRST TIME – his “Southern Belle.”

Got his story – to me: the Southern Belle = his mom (he was born and spent his childhood in Texas). The killer of the Southern Belle = his stepdad. The narrator of the song = Elliott, a youth, the once upon a time little child who was sexually abused, molested, by his step dad. Elliott is adding it all up AND EXPLODING. In his song he nails his step dad’s – a preacher – personality. A screamer who makes others feel like crap. “You give people hell/It’s what they expect from you …” A preacher preachin’ , a sick f**k who ruined the Southern Belle’s (Elliott’s mom) life. Elliott sings: Aren’t you “sorry that you’re the one she got?”

He hates his stepfather for doing secret, terrible things to him – this hypocritical pillar of the community: “How come you’re not ashamed of what you are?” … “I wouldn’t have you how you want”

Elliott doesn’t want to be around his stepdad – he leaves home, runs away, at 14 to move in with his psychiatrist (biological) Dad in Portland, Oregon. “I don’t want to walk around/and breathe the air you breathe” he sings to his step dad. Softly. Enraged. He wonders HOW CAN YOU LIVE WITH YOURSELF after what he did to a little kid – him? “How come you’re not ashamed of what you are?” And for wrecking his mom’s life: “and sorry that you’re the one she got.”

The sick secrets of a child molester, Elliott nails them: “Aint nobody looking now. Nobody about to shout …” Seeing “red” – the community doesn’t see red, the alarms don’t go off. The predator’s a phony and his prey are quiet, helpless children.

In the song, only when I play the CD in my car CD player, can you really hear Smith’s devastation – which, I believe, he never overcame, stabbing himself twice in the heart at 34 and killing himself. …

… “But I wouldn’t have you how you want,”(me to be) Elliott sings angrily but with such intimacy. YOU MADE ME YOUR VICTIM – I WON’T BE YOUR VICTIM! And he isn’t when he’s singing and writing and performing to show, figure out and transcend his pain. Even for only a song. … You hear: Elliott shredding his guitar strings – this sounds, on his acoustic guitar, positively percussive! Loud without the volume! … Shaken, struggling to drive thru the fog, I had to pull into someone’s driveway yesterday to regroup and whisper … WOW.