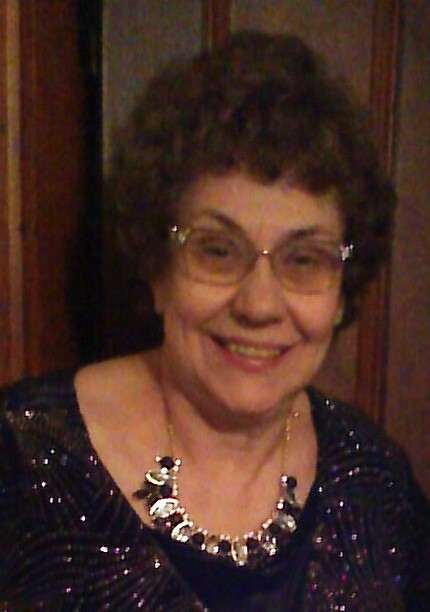 Lorraine Laurie has been the “Mayor of Green Island” for more than 35 years! Born and raised on nearby Dorchester Street, she fell in love with Millbury Street/the Crompton Park area as a young woman fresh out of Anna Maria College. Lorraine began her love affair with Green Island in earnest then! She helped organize and chaired Green Island residents’ groups galore, befriended the area’s senior citizens and wrote a history of her adopted neighborhood! For many years her typewritten history, with the construction paper cover, was housed in the file cabinet of the Green Island Community Development Corporation where she worked as the neighborhood outreach worker, the virgin draft lovingly stapled together, illustrated by Lorraine!, always available to all to peruse or read!

Lorraine first began her political activism on behalf of Green Island in the 1980s, working with the late, great District 4 Worcester City Councilor Jan Nadeau. Lorraine organized the neighborhood’s seniors around Jan’s causes because Jan, who lived in a teeny house on Southgate Street, was TOTALLY FOR THE PEOPLE OF OUR HOOD! She only weighed around 95 pounds but Jan was a force to be reckoned with when she latched onto a neighborhood issue. A great advocate for us! We still miss this wisp of a lady, a cigarette always at her fingertips, that raspy laugh – more generous and sweet than rough!

Lorraine, along with Jan and then Mayor Ray Mariano, fought like hell to build a seniors housing complex in “the Island,” so the neighborhood’s elderly had a safe place to live and enjoy their golden years. Today Lafayette Place, on Lafayette Street, the street where I grew up, still shines with old folks who can be seen going in and out of the building or working in the Lafayette Place community garden!

Lafayette Place would never have happened without Lorraine. She’s got pitbull tenacity when it comes to her beloved old folks!

Further up the road, on Vernon Street, Lorraine works with Sister Pat and the Ascension church campus folks to make that part of our neighborhood sparkle! She is a member of St. John’s Church on Temple Street and is on the church volunteer board. St. John’s Father Madden leads the parish – and provides the direction and vision for the Ascension church campus and St. John’s food pantry and community kitchen where lunch and breakfast are served daily.

Lorraine has been a part of all this!

Lately, she’s been doing quite a bit of Green Island reporting for InCity Times! Lorraine has a way with her Bic, all right! Good stuff, Lorraine!

We thank Lorraine for her decades of volunteerism, true-blue devotion to Green Island … and that great, toothy grin!

Did you know that the Green Island neighborhood has a “jewel” in its midst?   It’s Crompton Park bordered by Quinsigamond Ave. and Endicott, Harding and Canton Streets. The park is 14.63 acres and is located in the southern part of the “Island.”   Crompton Park has been home to the Green Island Neighborhood Center for over 30 years and also features “Cousy Court” named in honor of basketball great Bob Cousy and a $2.7 million dollar state of the art swimming pool complex.

This year, the “precious gem” is going to shine even more thanks to a $400,000. Parkland Acquisitions and Renovation for Communities (PARC) grant from the State.  The City of Worcester has also committed $600,000. to the project. State Representative Daniel Donahue and State Senator Michael Moore were very supportive of the grant proposal.  Representative Donahue, when asked about his feelings about the grant being awarded said” I am overjoyed to see the long overdue renovations coming to Crompton Park.  Crompton Park is one of the most used and beloved parks in the City and the upgrades now coming will allow the park to continue to serve the neighborhood and those who come to use the park.  It was great to work with the City to help secure a PARC grant from the State for $400,000. with matching funds from the City to make this project a reality.”

According to Robert C. Antonelli, Jr.  Assistant Commissioner City of Worcester- DPW & Parks, plans call for moving the existing entrance drive on the Canton Street side to the other side of the pool, upgrading tennis courts, making a new parking area and doing other miscellaneous upgrades.  Antonelli said that the parking area is being moved “to allow for more open play space between the pool and the playground as well as expand parking in a more controlled area and upgrade the tennis courts.” District 4 City Councilor Sarai Rivera, a big supporter of Worcester parks for family recreation, pointed out that “We will also have bases for future lighting on the tennis courts” and a handball area.  The work will start in August of this year after the pool season, Green Island Neighborhood Center summer program and Tenacity ends.   Hopes are that most of the work will be completed by November 2015 but some work may spill over to spring of 2016.

The plans for this and future upgrades came as a result of several well attended public planning sessions held at the Green Island Neighborhood Center in late 2010 and early 2011.  The plans were approved by the Parks Commission on March 31, 2011 and by the Worcester City Council on February 28, 2012.    What makes this planning session so special is that the master plan is available for viewing on the City Parks Department web site. According to Mr. Antonelli, the City “will continue to look at grant opportunities as well as state, local and federal funding.” Sophia Brozowski, a long- time Green Island resident and activist who participated in the planning sessions said that she has “high hopes for the project but wishes that the implementation was more timely.”