This Valentine’s Day I am making black bean soup … 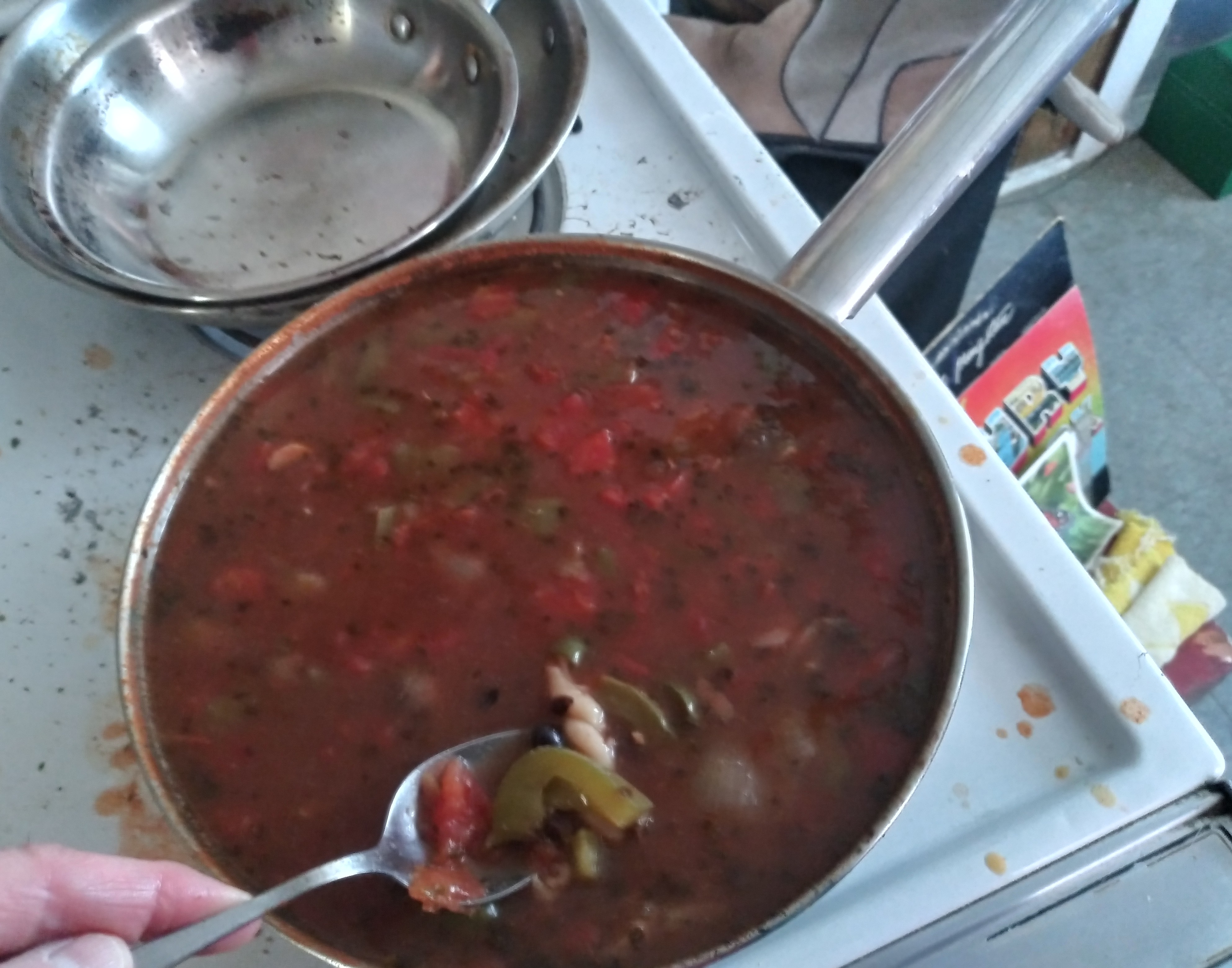 … and listening to one of the most romantic lps ever penned: GREETINGS FROM ASBURY PARK, N.J., by one of America’s most romantic songwriters: Bruce Springsteen. 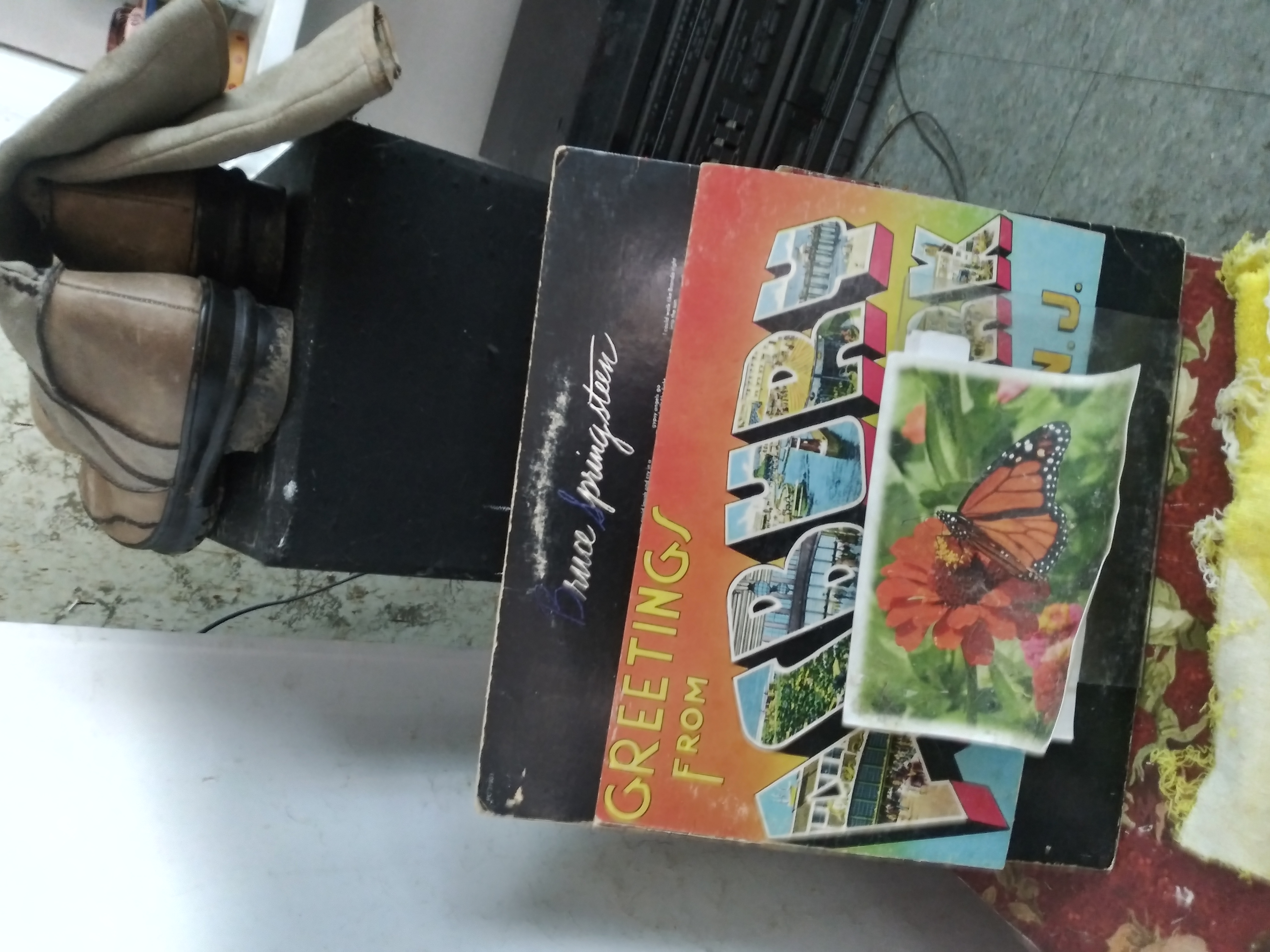 I have stepped into this beautiful, torn, angel/waitress/guitar-slinging singer, motorbike-seaside world of longing and sprawling, outsized dreams that a bus driver’s son (Bruce!) dares to dream since I was 19 years old. I put the old lp on my old turntable and I am young again, romantic even! Bring on Valentine’s Day and “holy blood … and mud” … transport me to the Jersey shore of the Stone Pony bar with all the Italian American boys in their muscle shirts, combing their greased hair back in the Stone Pony’s men’s room. I see him … Bruce, scrawny and rough-hewn, playing and playing on that small stage, before his rapt audience. He’s singing the song he wrote for his waitress girlfriend and it makes me cry …Did he get her pregnant under the boardwalk, his Mary, his Queen of Arkansa? Will the couple start afresh in Mexico, this wisp of a man and worldly woman who loves him “so da*n easy”?

And, yeah, Bruce takes the bus into the City (NYC). For music. For love. For Spanish-Harlem adventure. And he sees the thugs and the kids and the cops and he brings his poetry to the crime scene. “Hey, man, did you see that?” he sings to us. Yes, Bruce, we did. We are trying to make sense of it all, too. 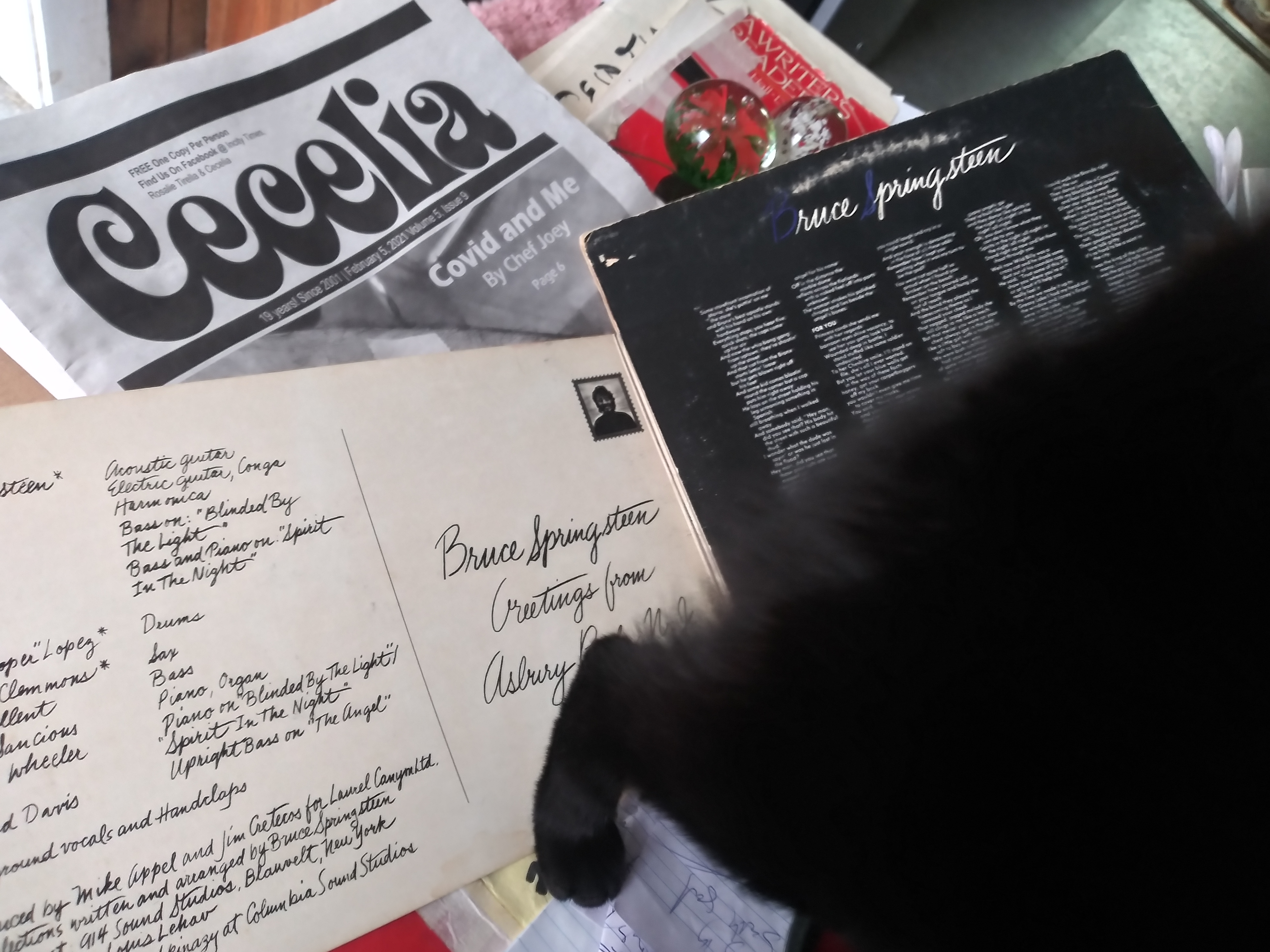 At 60 years old, I love the wordy, wonderful carnival tilter world of a teenaged, scrawny scruffy Bruce Springsteen more than I love his later, more conventional, less verbose, less complex songs of his later lps. Give me ASBURY PARK, THUNDER ROAD and “Candy’s Room” off of DARKNESS ON THE EDGE OF TOWN and I’m all set! Layer upon layer of lyrical acrobatics, the songs half spoken, half sung: boots and baseball cards, faded and torn wallpaper in Candy’s Room but she’s teaching him … “Spirits in the Night,” the open road, the closed life – the boy’s days still circumscribed by the working class thrift of his parents’ …

Who would want to be a saint in New York City? Not Bruce! Not me! “It’s so hard to be a saint when you’re just a boy on the streets”! Daring do-youth in a nutshell. Bruce was just a kid when he composed all of the songs on ASBURY PARK – in my opinion, masterpieces every one of them. He weighed less than a skinny Clarkie named Rosalie. A Rose who hung on his every word with her Clark University pals – about five of us, me, my then boyfriend, and his three best guy friends: from Baltimore, Vermont and Connecticut. I was the only girl in the room listening to the Boss because back then, even at Clark U, girls didn’t spend their week day nights listening to Springsteen, parsing his lyrics with the guys, growing solemn at the turn of a Springsteen phrase. They did their homework. Big mistake!… But my beau and the writer-guys respected my smarts and poetry enough to let me into their elite club at Wright Hall, third floor, blue hallway walls. I see it all now. I still remember their names! I am smiling at my handsome boyfriend’s amazing blue eyes, shiny black hair and cleft chin, “Dave”‘s long red hair and freckles enchant me, I love the short Justin and his barn coat and work boots he wore even in the spring and I will never forget the tall, good looking, sweet John who always kissed me on the mouth when our paths crossed on campus…My FIRST LOVES: Bruce Springsteen and these Clarkie boys! Valentine’s Day every day with these guys – walking jauntily to the cafeteria from the dorm, laughing loudly, so full of ourselves! Late night in Dave’s room, all of us typing our term papers on our portable typewriters. I was to get an Underwood at graduation, but at Clark I pecked out my pathetic prose on my pathetic ORANGE portable typewriter. No one snickered. It was never who had the most money (they all did) but who wrote the best essays, the fleetest poems.

We all wanted to be writers back then. Like our hero, Bruce Springsteen: 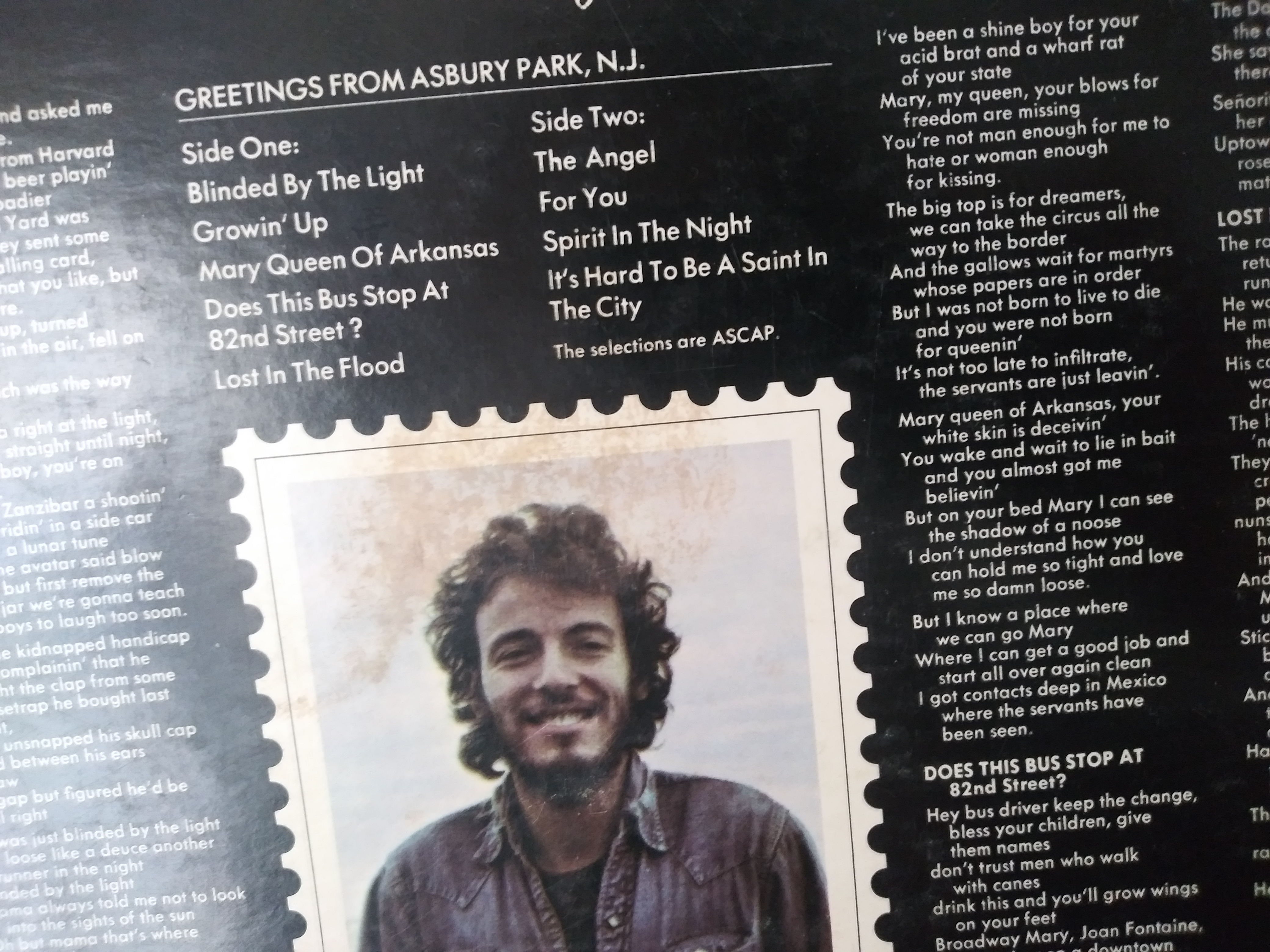 I miss those days.