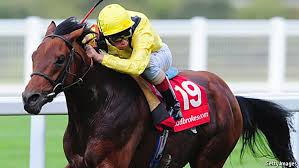 It’s time for the U.S. Anti-Doping Agency to step in and clean up the thoroughbred racing industry’s addiction to drugs.

As The New York Times has just reported, over a period of four months, a PETA investigator worked for well-known trainer Steve Asmussen, trainer of Curlin and Rachel Alexandra, at two of the most famous racetracks in America: Churchill Downs in Kentucky and the Saratoga Race Course in New York. PETA’s investigation exposed many serious problems but none more harmful than the routine, pervasive and improper use of prescription drugs during training, a regimen that has begun the downward spiral to the slaughterhouse for thousands of horses.

Fragile young horses—raced before their bones have fully matured and unable to handle the pounding and stress—suffer routinely from injuries, lameness, exhaustion and what is euphemistically called “soreness.” Owners don’t want to waste time waiting until foals are physically capable. They want to get the cash flow started.

PETA’s investigator saw veterinarians and stable hands, apparently on Asmussen’s orders, give horses an aggressive daily regimen of pain-masking and performance-enhancing drugs and treatments. These drugs often aren’t used for genuinely therapeutic purposes. Instead, they’re used to keep horses going when their legs and lungs are screaming, “Stop!” Horses in the racing industry are so routinely doped up that they’ve been called “chemical horses,” and their feet, bones and bodies are progressively destroyed as a result.

It’s little wonder that an average of 24 horses suffer catastrophic (fatal) breakdowns every week at racetracks across America.

One of Asmussen’s drugs of choice was thyroxine. Although it’s approved only as a prescription medication for horses with hypothyroidism, the drug was being administered to every horse in his barns, apparently without testing or evidence of any thyroid condition. This drug seems to have been recklessly administered just to speed up metabolism.

Thyroxine was also detected in the systems of several horses who had mysteriously died in the barns of another major trainer, Bob Baffert. The necropsy report on Baffert’s horses stated, “The drug, thyroxine, was so routinely prescribed in the Baffert barn that it was dispensed for one of the horses a week after he had died.”

Horses in Asmussen’s Saratoga stables were also given Lasix, which dehydrates the animals and makes them lighter and faster. Lasix is legal to use in New York for the right purpose—to prevent bleeding in the lungs—but not to shave a few seconds off a horse’s running time. This controversial drug is banned on race day in Europe.

PETA’s investigator also witnessed the drugging of horses day after day with muscle relaxants, sedatives and other potent pharmaceuticals used for treating ailments such as ulcers, lameness and inflammation—seemingly without regard for the long-term effects on the horses’ welfare.

Trainers will do just about anything to gain an advantage. Hall of Fame trainer D. Wayne Lukas and Hall of Fame jockey Gary Stevens joked about jockeys who used concealed battery-powered shocking devices on horses. The prized horse Nehro, who came in second in the 2011 Kentucky Derby, was forced to race on painful, chronically damaged feet, and his hooves were in such bad shape that one of them was held together at one point with super glue. PETA’s investigator also found that many undocumented laborers were hired and forced to work long hours for little pay in difficult, dangerous jobs.

PETA has filed 10 legal complaints at both the federal and state level, and we’re working for the passage of the Horseracing Integrity and Safety Act of 2013, a federal bill that would put the U.S. Anti-Doping Agency (the same agency that investigated Lance Armstrong) in charge of drug enforcement in horse racing. Everyone reading this can also make a difference by refusing to patronize or bet on horse races.