On this day I witnessed a spectacle that would have been unheard of back on the 6th of June 1944. In the midst of an active pandemic, hundreds of people in Worcester were compelled to forget about social distancing and come out of their seclusion to protest the horrific death of another Amrrican citizen – George Floyd – at the hands of what has been described as “out of control” police here in America.

The principle trigger to the angst surrounding this particular death in custody was the fact of the victim’s heritage, a Black man. By now everyone has seen the video of the Minneapolis police officer, Derek Chauvin, kneeling on the victim’s throat for almost 9 minutes, seemingly oblivious to the many people who attempted to impart the information that he was “Killing him.”

In fact, people were threatened by other police officers at the scene – told that they would be tazed or pepper sprayed, if they did not stop their protests while that officer continued applying pressure to the neck of George Floyd until it was plainly apparent that he was no longer moving – at which point another officer checked the victim’s pulse and summoned an ambulance.

Many people feel that this was the straw that broke the camel’s back and that drastic action must be taken to make changes to our American police procedures – throughout our country – to stop what many feel is discriminatory and selective deadly force being used on Black citizens. Never mind the fact that there are statistically far more non-blacks getting killed while in the process of being arrested or once in confinement. Even one death in custody is too many, when the cause was preventable.

The country has been a fire keg looking for a match since Michael Brown’s death … I am not going to argue that the police are blameless for that angst, as they callously left Michael Brown’s body lying in the street for an extended period of time while they “investigated” the shooting – in full view of many onlookers.

Mistakes were made on both sides of that issue, as is again happening with this latest tragic death of a citizen in police custody.

We might want to rethink our police training on a national level so that incidents similar to this one are not repeated. Worcester learned a valuable lesson along those lines many years ago with the death of Worcester resident Christino Hernandez, who also couldn’t breathe due to being held forcibly with his airway obstructed by improper Worcester police tactics being used.

You would think that other departments around the country would be able to benefit from that costly lesson and that these deaths would decrease over time with proper training of future offices.

I have the unique perspective of having been nearly killed while being held in police custody years ago – by an out of control Court Officer who lifted me off the cell floor while I was handcuffed from behind and basically defenseless. He was choking me – I couldn’t breathe.

But I was fortunate enough to have been able to disable him by breaking out his lower leg bones so that I could breathe!

Of course the County of Worcester swept that “under the rug” with a deal made by me that in return of charges being dropped, security cameras would be installed in the holding cells to prevent another such incident. They paid the then fully disabled Court Officer full disability for the rest of his life, never charging him for the assault on my person.

I was 25 years old – young – and figured that I was going to “change” the way things were being done by exposing the truth of the matter, not realizing what I was getting into, but also realizing that police are an integral part of our society. Despite my own bad experience, we need to have them.

This is where what I witnessed yesterday comes into sharp focus for me. The protesters have a just cause – there is ample need for reform in our policing here in America. We have double standards in both civilian and police hierarchy. On the civilian side, you have out of control segments of society that embrace a philosophy of “snitches get stiches” aimed at those who actually uphold their end of the citizenship bargain and do their civic duty to testify against those who are breaking our laws on a daily basis: dealing deadly poisons to our people who end up dead with a needle in their arm or a crack pipe at their lifeless feet.

You also have the police “Blue Wall of Silence” that prevents the good officers from “ratting” on the bad ones who need to be disciplined.

It boils down to the same thing, “snitches get stiches” in both civilian and police circles.

The people have the power to make the “change” happen, but they have to be willing to pay the price of their convictions by becoming willing to testify in a Court of Law against those that breach the peace. The law has remedies that are effective and will work, but the public has to support their local law enforcement and work within the law to bring about the “change” we all seek. Injustice will continue to happen on both sides of the fence unless and until people realize they are the last chance to effect change – by bringing to justice those who abuse their authority.

Making demands is one thing, participating in wholesale looting, burning and destruction of public and private property is another. It will never change anything, except bring on more force of arms to control angry mobs of people stirred up by agitators with an ulterior motive that is not in the best interest of the average American citizen.

The police need to be willing to clean their own departments and hold their own bad apples to a higher standard of professionalism. Citizens need to step up and help the local authorities take a huge bite out of crime by doing their civic duty and assisting the police in curtailing criminal activity. (It can be done anonymously, so there is no excuse for letting the criminal elements continue to intimidate citizens into silent consent of illegal activity). We here in Worcester are fortunate that our own police department has made strides since the Christino Hernandez killing. Under our current police chief, Steve Sargent … 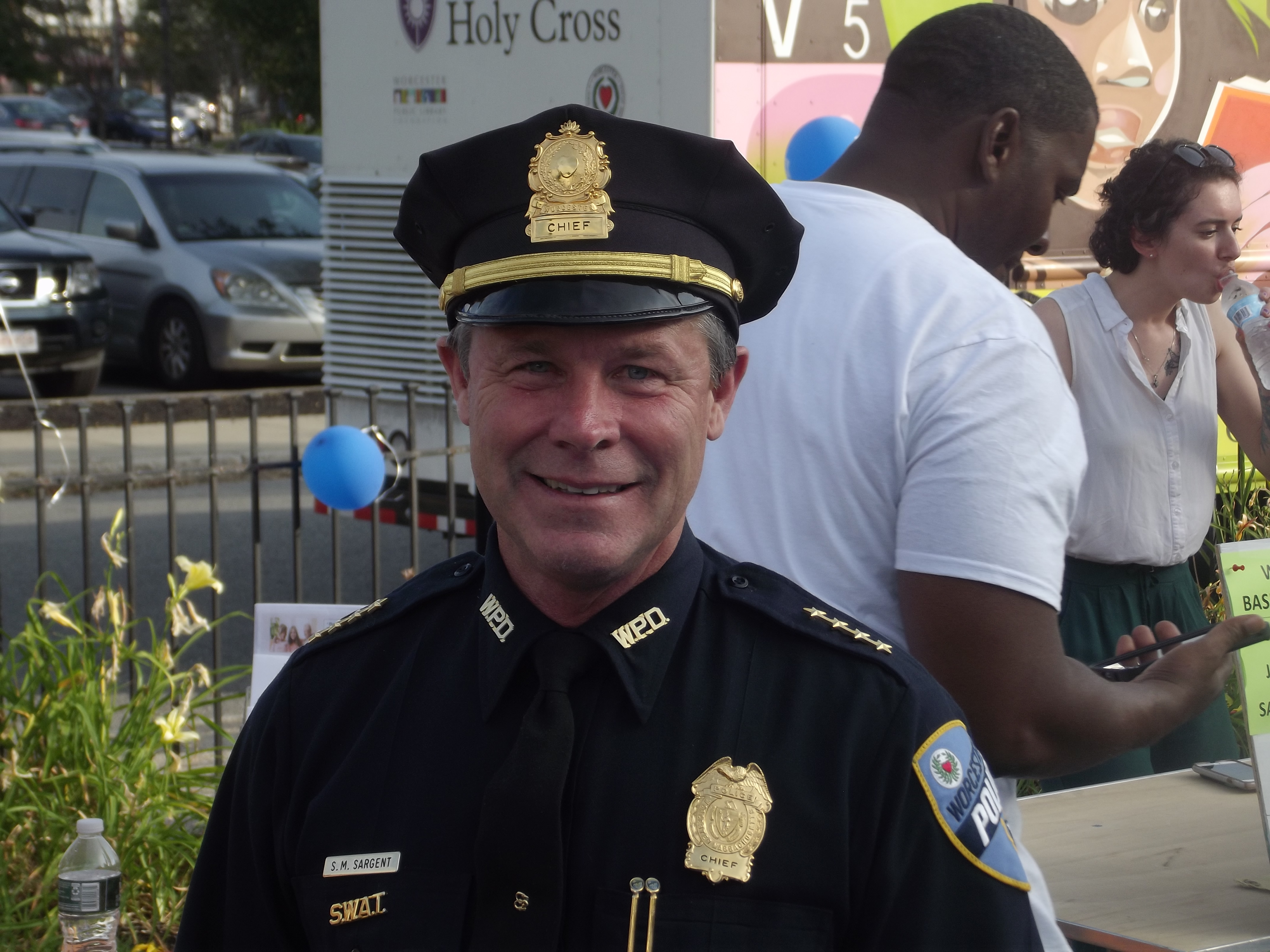 … I have been watching from the sidelines since I was 25 years old – with a keen eye. I am now 59 – much has been accomplished but also much needs to be done, as well.

The Worcester “Peaceful Protest March” certainly drew attention to the problems we face. Now it takes courage to make our society better for all and hold bad police and criminal elements as well to a “higher standard.” We deserve a safe America where everyone gets to enjoy our uniquely American freedoms. Worcester has always been in the forefront of change. Let us not drop the ball now.