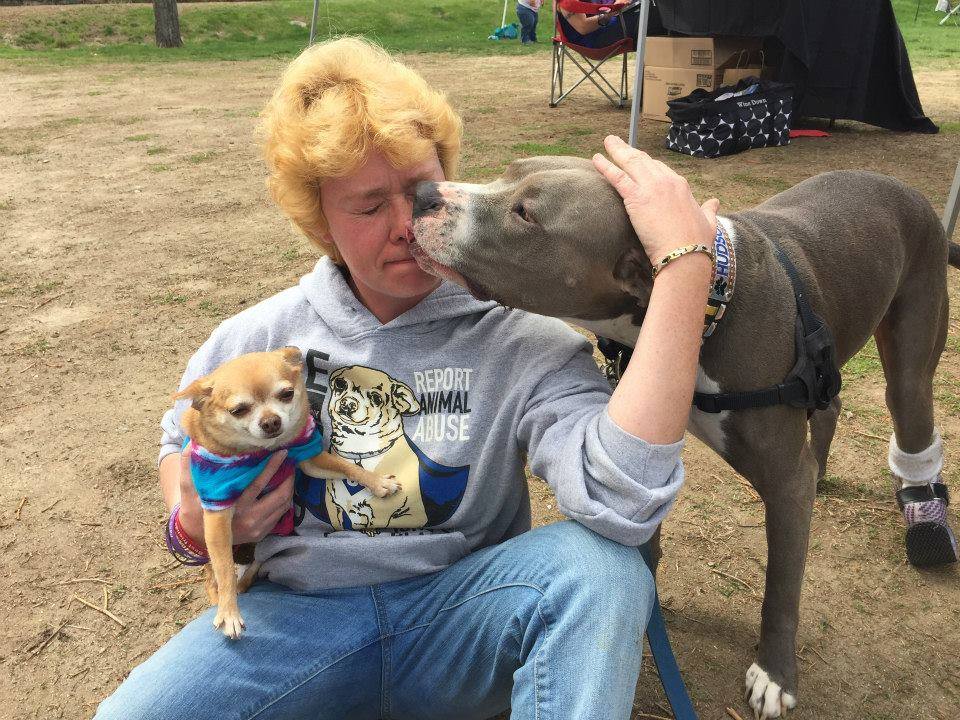 A number of studies have drawn links between the abuse of animals and violence against people.

How does animal abuse relate to domestic abuse?

Pet abuse is one of four predictors of domestic partner violence. In both domestic violence and child-abuse situations, abusers may manipulate and control their human victims through threatened or actual violence against family pets.

Researchers have found that between 71% and 83% of women entering domestic violence shelters reported that their partners also abused or killed the family pet. And another study found that in families under supervision for physical abuse of their children, pet abuse was concurrent in 88% of the families.

Therefore, it is our hope that authorities and neighbors will start to pay more attention to animal abusers in order to identify and prevent domestic abuse.

I am all for stiffer penalties for animal abusers,and I hope that police, social services and animal control will start working together so we can protect everyone. Not just the animals but their human family members.

Having created Juno’s Place, a Worcester-based organization dedicated to working through Juno to achieve many of my missions, I am working to create awareness about these links in human behavior.

In many domestic-abuse cases, the abuse of animals is more open and widely acknowledged by neighbors and authorities.

It is my hope that those red flags will be examined more closely, and I have named the campaign “Speak Up” in the hopes that people across Worcester will become active observes and reporters in their neighborhoods.

One positive side effect of taking a closer look and instituting harsher consequences on animal abusers,  is that the animals will be available for rescue and adoption into other families. This may make the difference for a woman who is looking to get out of an abusive relationship.

Many times in cases like these, women are afraid to leave their abusive partner because they are afraid of what will happen to their pets,This will make that decision much easier for them.

If authorities can see, in a home, that an animal is being abused or neglected, there is a good chance that if they look around they will find that there is something else going on in the home, It might help to save a  life.

You can help stop the cycle of violence by recognizing that animal abuse is an indicator of serious problems. Reporting animal abuse can help authorities stop other types of violence, and vice versa. Encouraging local law enforcement and prosecutors to take crimes against animals seriously is the key to creating safer communities.

The best way to support Juno’s Place is to visit her Facebook page and check out everything she is doing or contact us at Junosplace@yahoo.com.