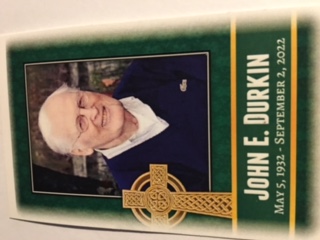 John E. Durkin was remembered by the community this fall.

In interviews following the Mass with former members of the Worcester School Committee, they said Durkin was especially known for his strong leadership during a time when there were calls for closing schools and laying off teachers in the wake of Proposition 2 and 1/2, the cost cutting initiative approved by the state’s voters in 1980, the same year Durkin became WPS superintendent.

A wake in his honor was held at the Callahhan, Faye & Caswell Funeral Home, and burial services were private. The Blessed Sacrament Mass was for members of his family and those with whom he served with as school superintendent. His friends and neighbors gathered in the church to say “good bye.” 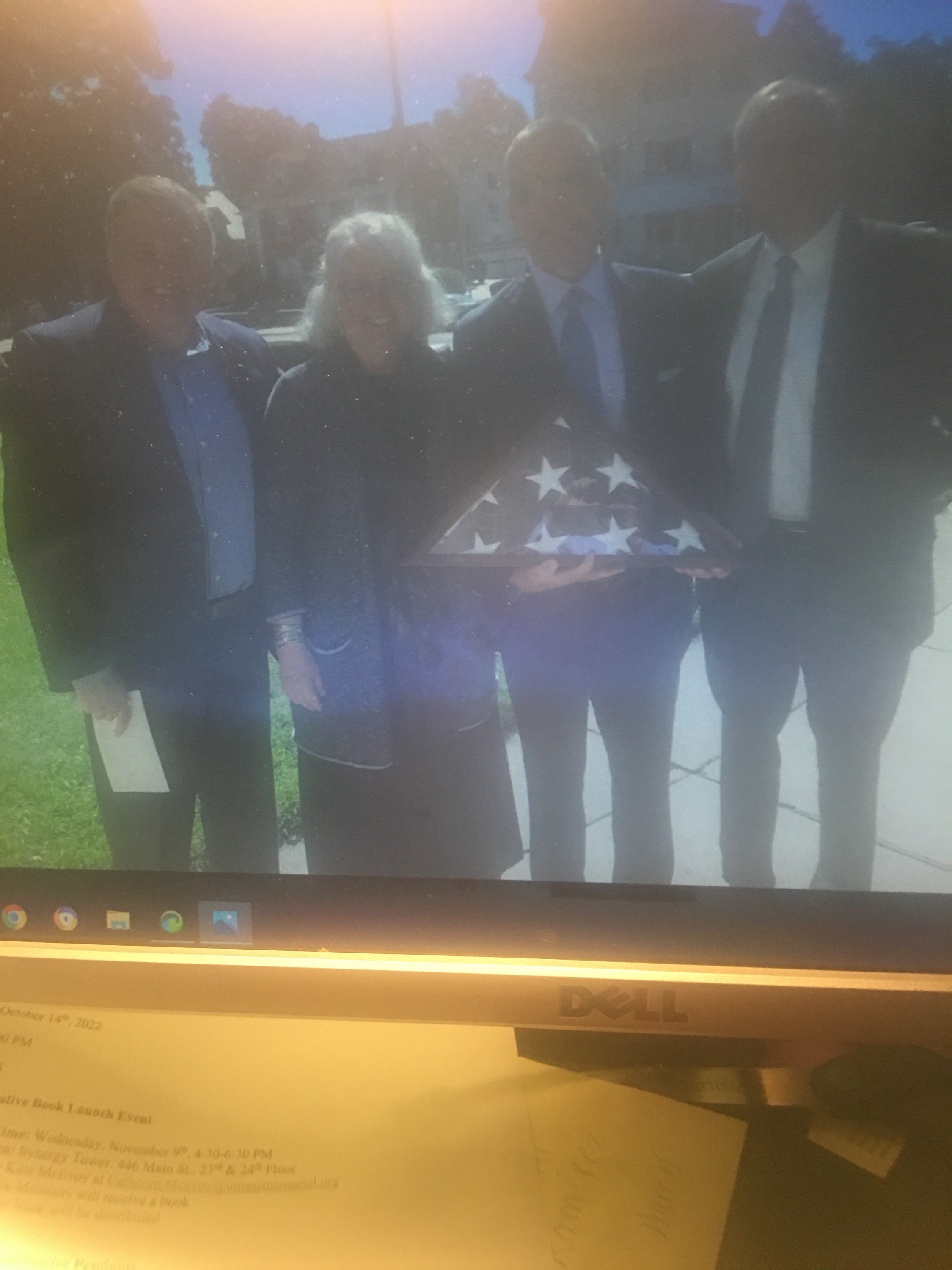 Durkin’s career spanned a total of 39 years with the Worcester Public Schools, starting when he was an elementary school teacher at the West Boylston Street School where he taught both the 5th and 6th grades. He later became an assistant principal at Winslow Street School and became the director of staff development in 1977, and then the supervisor of program development and lastly as interim school superintendent after Connor retired in 1980.

When I was in my teens, I was told by Mr. John F. “Jack” Clancy who was the Director of the former Piedmont Nature Center on Piedmont Street what the “three elements of leadership” are. Clancy said they are called “The 3 G’s: Guts, Guidance and God.” He explained that this model of leadership comes from the philosophy of the Boy Scouts of America.

In interviews after the Mass with some former members of the school committee, they all mentioned the word “leadership” in relationship to John Durkin. Former Mayor Cooney said, “John Durkin called them as he saw them.”

But Jack Foley, recently retired from the school committee, got specific about Durkin’s leadership when the school system had to close 11 city schools, two middle schools, and lay off 270 teachers. This was during the time of Proposition 2 & 1/2 or what was commonly referred to as “Prop 2 & 1/2” (which limited the amount of local city and town spending from local real estate taxes). Foley said, “There were four (Prop 2 & 1/2) overrides on the city ballot that year, and the only one that passed was the one for education. … The superintendent was so happy it passed.”

Former Superintendent Bienienda was equally complimentary towards her precedessor, calling him, “my mentor” whom she regularly turned to for counsel and advice during her superintendency. “He was a strong educator and leader of all the people who worked for him,” she said.

I did not have a chance to interview former Mayor Marianno who served in the Worcester mayoralty during the height of the Durkin superintendentcy.

In eulogizing his former parishioner at Blessed Sacrament, Father Charles Monroe said: “John lived his life like a seed for both the big and little decisions.” And scanning out to the gathering of about 100 attending his funeral Mass, the good padre said, “He helped all of you so often during the difficulties of running the school system and he did a wonderful job.”

The priest’s reference to “the seed” is rooted in the Book of Matthew in the New Testament. That was the way Dr. John E. Durkin served during his superintendentcy in helping others in the field of education. As is written in the Bible: “The kingdom of heaven is like a grain of Mustard Seed which a man took and sowed in his field; which indeed is smaller than all the seeds. But when it is grown, it is greater than the herbs and becomes a tree so that the birds of the air come and lodge on its branches.”

One of the “seeds” which John planted in the Worcester Public Schools just happened to be my fellow writer for CECELIA/InCity Times, John Monfredo, whom he appointed as the principal of Belmont Street Community School in the 1980s.

In saluting his mentor, Mr. Monfredo said, “I was appointed as principal in the ’80s, after an extensive interview with a panel. I then met with him to discuss my new role as a principal. He was dedicated to his profession and expected principals to be dedicated as well. His main goal for us was to provide the best education possible for our students and to do all we could to reach out to our parents.”