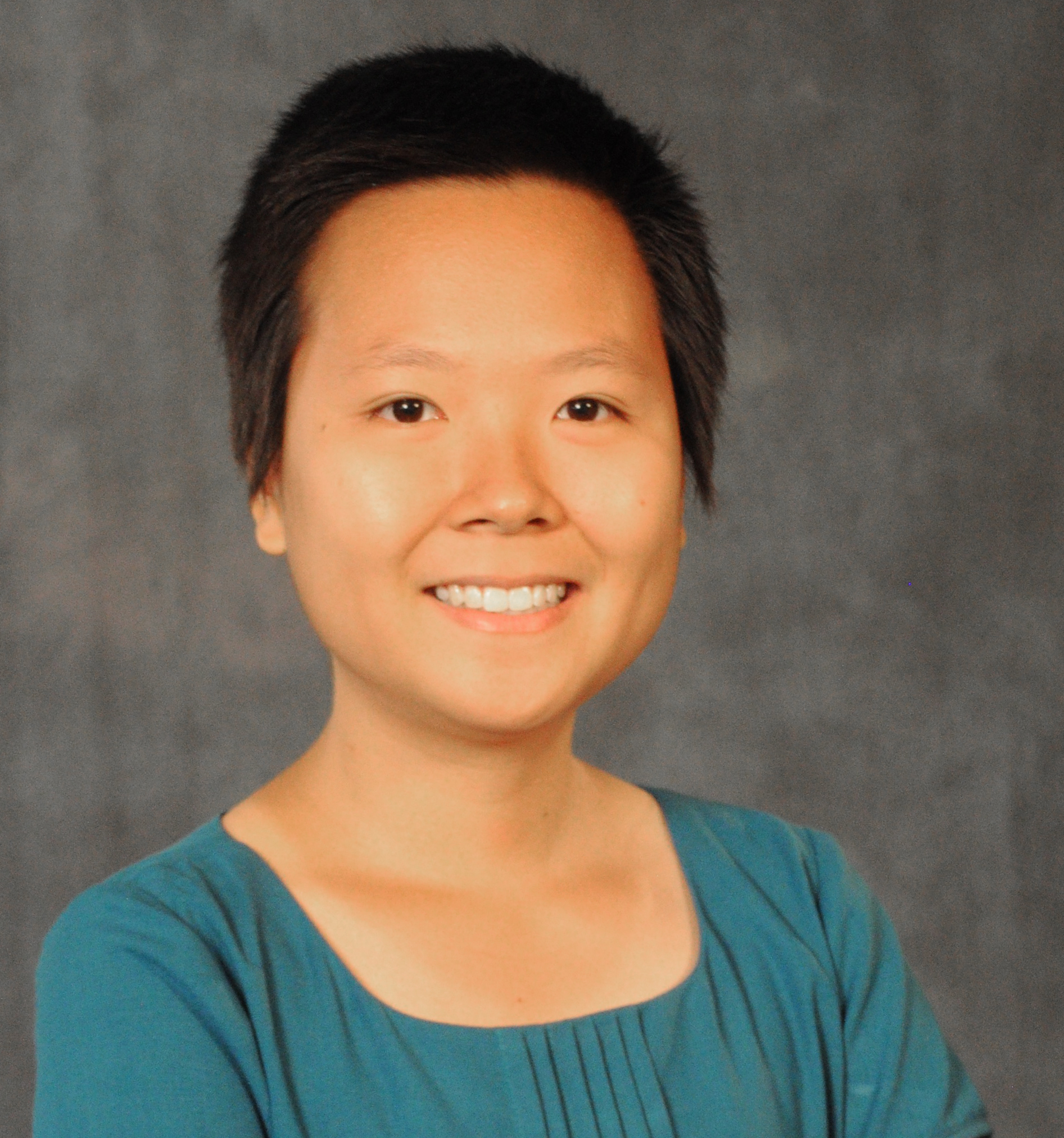 English is awash in idioms, from our admonition to “wake up and smell the coffee” to our confidence-boosting exclamation “Break a leg!” These expressions — there are at least 25,000 of them — are not mere linguistic ornaments but form an integral part of our language; they breathe richness into the way we communicate. This was made clear when PETA suggested that we give the old heave-ho to phrases that show disrespect for animals and choose more animal-friendly ways of conveying our messages.

For the most part, we use idioms spontaneously. It’s only when we take a closer look at the words casually rolling off our tongues that we notice that many of our common expressions, like “more than one way to skin a cat” and “take the bull by the horns,” refer to violent acts against animals. Idiomatic expressions have been pulled from all spheres of everyday life. They’re derived from cultural traditions, social norms and customs, including ones that are harmful, such as dogfighting, cockfighting, bull-baiting and other forms of “entertainment” that victimize animals — even illegal ones.

But there is much more at stake than just idioms. As our concern for other species has grown and we’ve continued to challenge industries that don’t have the best interests of animals and consumers at heart, we have witnessed historic fur bans, circus shutdowns, an end to the use of chimpanzees in experiments and an impressive upsurge in the popularity of vegan food. But how we think and talk about animals needs to shift as well. We need a new framework in which they aren’t seen as objects for us to do with as we please but are instead appreciated for their dignity, innate worth, agency and individuality.

If we see phrases like “beat a dead horse” as neutral, it’s because we haven’t truly welcomed animals into our circle of consideration. What is now recognized as derogatory language toward marginalized communities was once used casually and with indifference—rather than maliciously—because the subjects of those terms and phrases were excluded from consideration. PETA urges us to address this casualness and indifference in our own communications. It doesn’t matter that animals don’t understand and aren’t offended by “bringing home the bacon” or “having a dog in this fight.” What matters is recognizing that the language we use to talk about others — even in private, even without their knowledge — is indicative of the level of our respect for them.

Linguistic theory rejects the idea that idioms — commonplace and embedded though they may be — are frozen in time, resistant to reformulation or analysis. This means that we can help usher in changes to our language that serve as verbal affirmations of the ethical progress we’ve made as a society.

Language, especially idiomatic and proverbial expressions, carries us across time and space, spanning our heritage and our future — a vestige of the world we’re leaving behind and a building block of the one we’re crafting. May that world be one that is respectful to and mindful of all animals — including humans — in both word and deed.

Hanh Nguyen is a linguistic specialist for People for the Ethical Treatment of Animals (PETA), 501 Front St., Norfolk, VA 23510; www.PETA.org. She is the author of the upcoming book Tongue-Tied: Breaking the Language Barrier to Animal Liberation.

Tomorrow, July 31, and Thursday, August 1, Congressman Jim McGovern, Chairman of the House Rules Committee and a member of the House Agriculture Committee’s Subcommittee on Nutrition, will visit 9 farms on his 9th annual farm tour.

McGovern’s tour aims to highlight the destructive impacts of climate change – such as warming temperatures, increases in disease and pests and unstable weather patterns – on Massachusetts farms. McGovern will also discuss the need for Congress to take swift action on climate change to help New England’s small- and medium-sized farms.

🍅WHAT: Visit farms and speak directly with owners and growers.

🥕WHERE: 9 farms in Worcester, Hampshire, and Franklin Counties.

🌞WHY: To hear about and highlight the impacts of climate change on Massachusetts farms.

Our new neighbors at 9 Falmouth St., off Blackstone River Road … 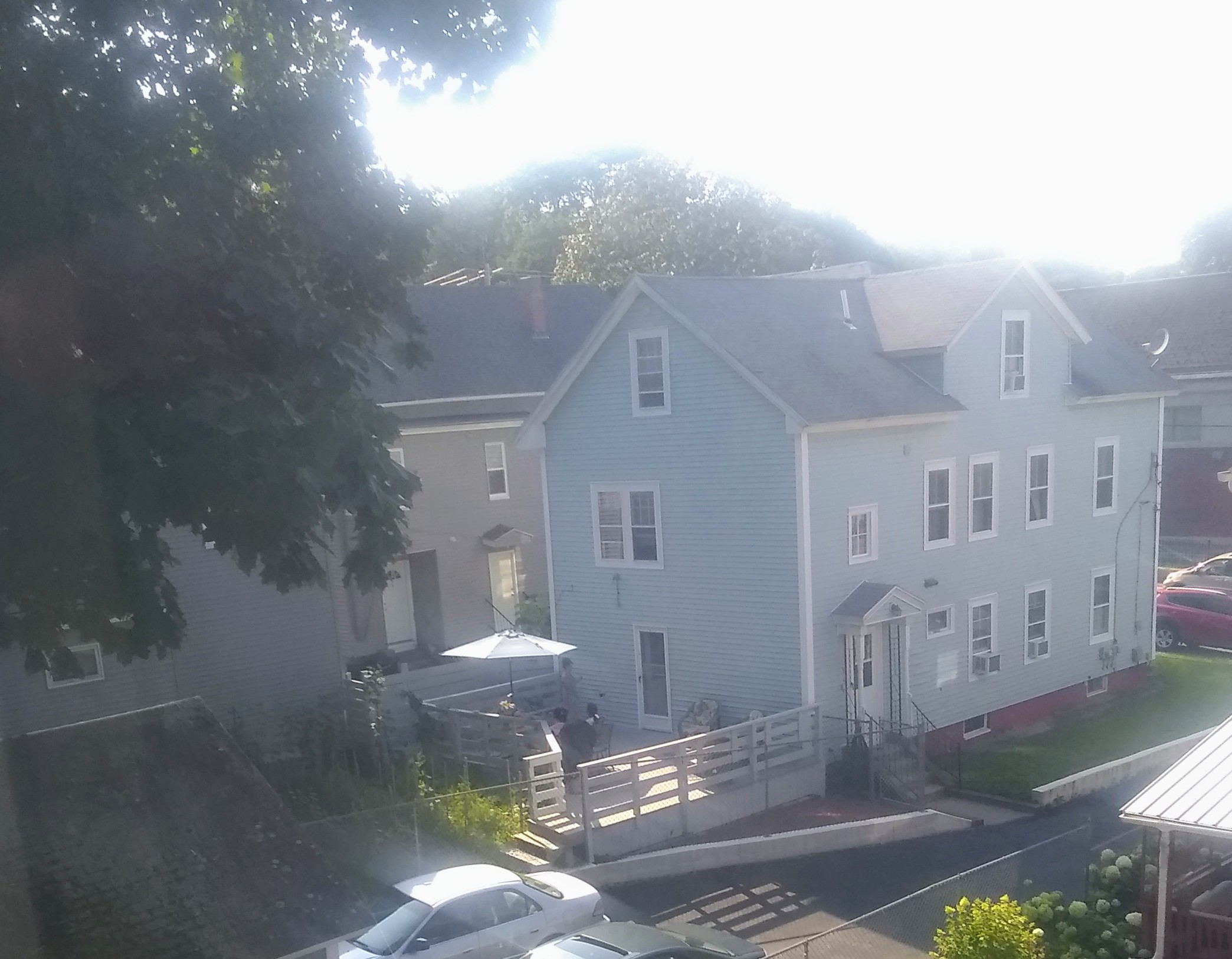 their back deck at 9 Falmouth St. pics: R.T.

… the pale blue two-family right across the street from Quinsigamond Community Elementary School, right outside my bedroom window. Looking middle-class but … my mutts, cat and I … Heck! The entire Q Village neighborhood!! sullied by the RELENTLESSLY LOUD MUSIC played by these new, thoughtless dolts. The LOUDEST music, the MOST DISRESPECTFUL dolts!

Remember when Quinsig Village stuck to its Swedish roots and kept barrooms and liquor stores off the main drag? When these streets were home to the Worcester Public School teachers who taught at nearby Providence Street Junior High School? Our teachers lived right in our neighborhoods! Before it was all about the Benjamin’s $$$. They lived in these little houses and big three deckers with their families. On Butler Street. On Whipple Street. On Upsala Street. Leed Street, too. They drove old station wagons and had summer jobs at the local miniature golf course or batting cages. They had us kids, their students, if we were good, up
to their houses, in their backyards, for hotdogs and hamburgers cooked over the charcoal brickettes in their round dome-covered, three-legged metal grills. Flying saucers with ketchup stains!

Fifty years ago the families on Falmouth Street, where my late uncle, a teacher at the old Worcester Boys Trade School, lived with his family, would brook none of it: bad behavior. Fifty years ago my Uncle Ed, the street’s factory workers and housewives would never have allowed today’s creeps at 9 Falmouth to BLAST THEIR CRAP SOUNDS, desecrate their beloved neighborhood.

THE SUPER STUPID STEREO noise would get the kibosh immediately.

Unfortunately, unacceptable behavior is the norm for a fat, lazy, crass America.

The times were different just three or so decades back, in America’s Century. As a pal said, inelegantly – after I told him I called the police several times on the creeps at 9 Falmouth St. for flouting Worcester’s noise ordinance so boldly – … he said “Half the street would have been up their ass.”

Strange: even the LOUDS at 9 FALMOUTH ST. couldn’t take their LOUD music. They left their deck, where they were sitting around a table and went INTO THEIR APARTMENT – their MUSIC blaring outside their back-door. 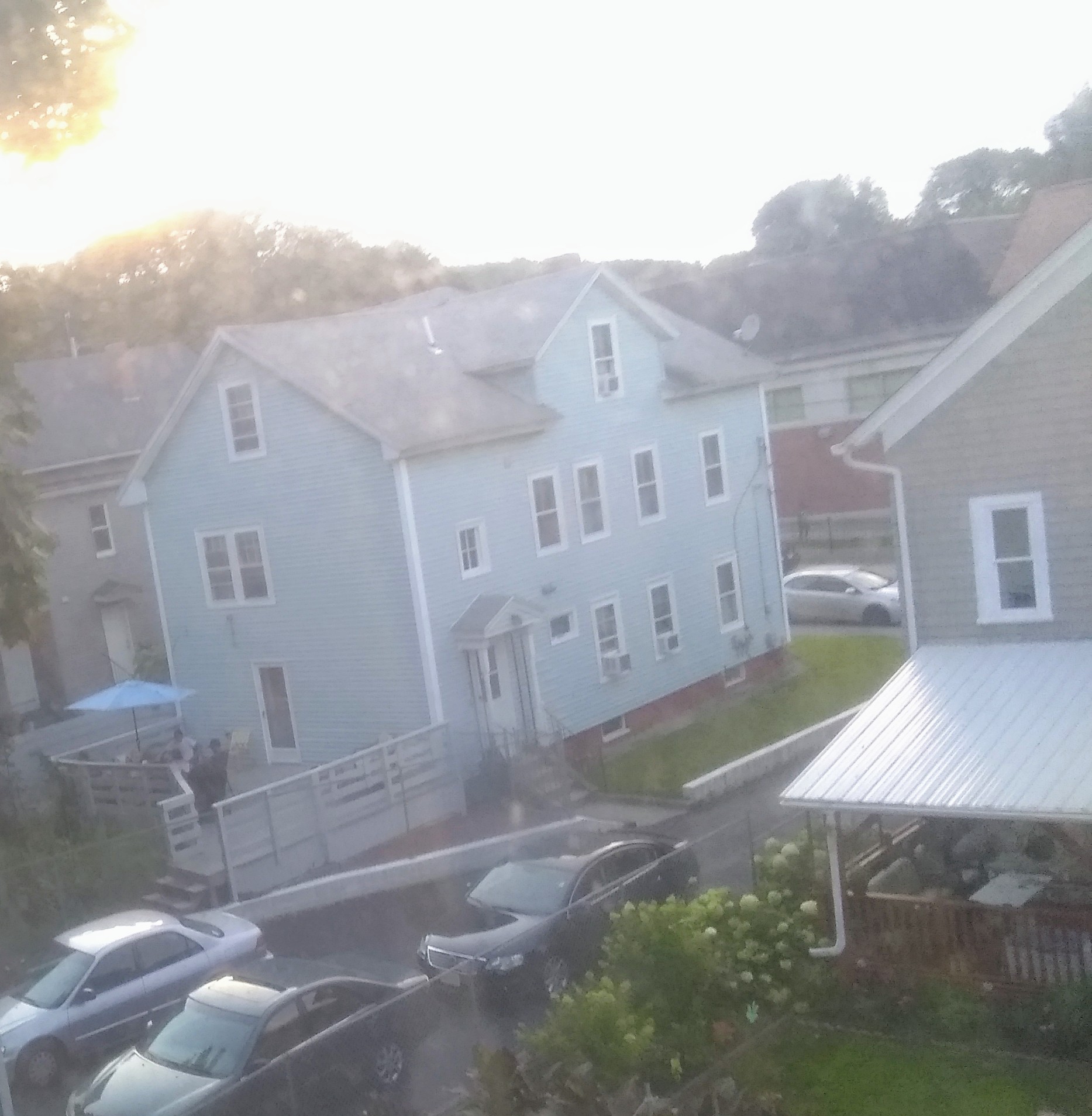 It’s funny: all that “sensitivity” training our cops have been mandated to soak up has left them almost TOO RESPECTFUL of shitheads. Jerks who are breaking the rules, flouting norms, acting out, being uncivilized … They now get a pass because no one wants to put parameters on anything or anybody. They’re terrified of lawsuits.

Today’s Woo cops: multicultural, polite, young. Hopeful. Jerked around by jerks! By the jerks at 9 Falmouth St. who lied to them and made us all fools. The LOUDS lowered the volume of their music for A FEW MINUTES (after the police officer came and nicely asked them to lower the volume) but brought it right back up again as soon as the WPD cruiser drove off.

WPD called again. Volume diminished for a few minutes. Then BLAHHHHH!!!! HONK!!!! WHIRLY WHAT’S IT? MUSIC?! volume turned back up again. This went on for 3+ HOURS! By a woman who looked to be in her mid-30s! With 3 or so young adults seated at their deck table.

This is half of Worcester – the people whose parents raised them stupidly.

The people who the old Worcester – our strict public schools, churches, church suppers, ethnic traditions, extended family, sports teams, the Boys and Girls clubs – would have force-molded into good citizens.

Yes … trained and coerced them into good behavior. Deviants caught by their necks’ scruff to have their ears cuffed! Today, enforcing the moral code like this would send people to lawyers’ offices. Even to label these creeps “uncivilized” is to invite lawsuits and visits to therapists’ offices! We’re trampling their right to be … shitheads! p.s: Lots of these creeps are Woo’s young men who are supported$$ by gullible girlfriends who had their kids (big mistake). They don’t have jobs, yet they lord it over their fragile women and kids and walk around the neighborhood like kings!

So goes Falmouth Street, so goes the city.