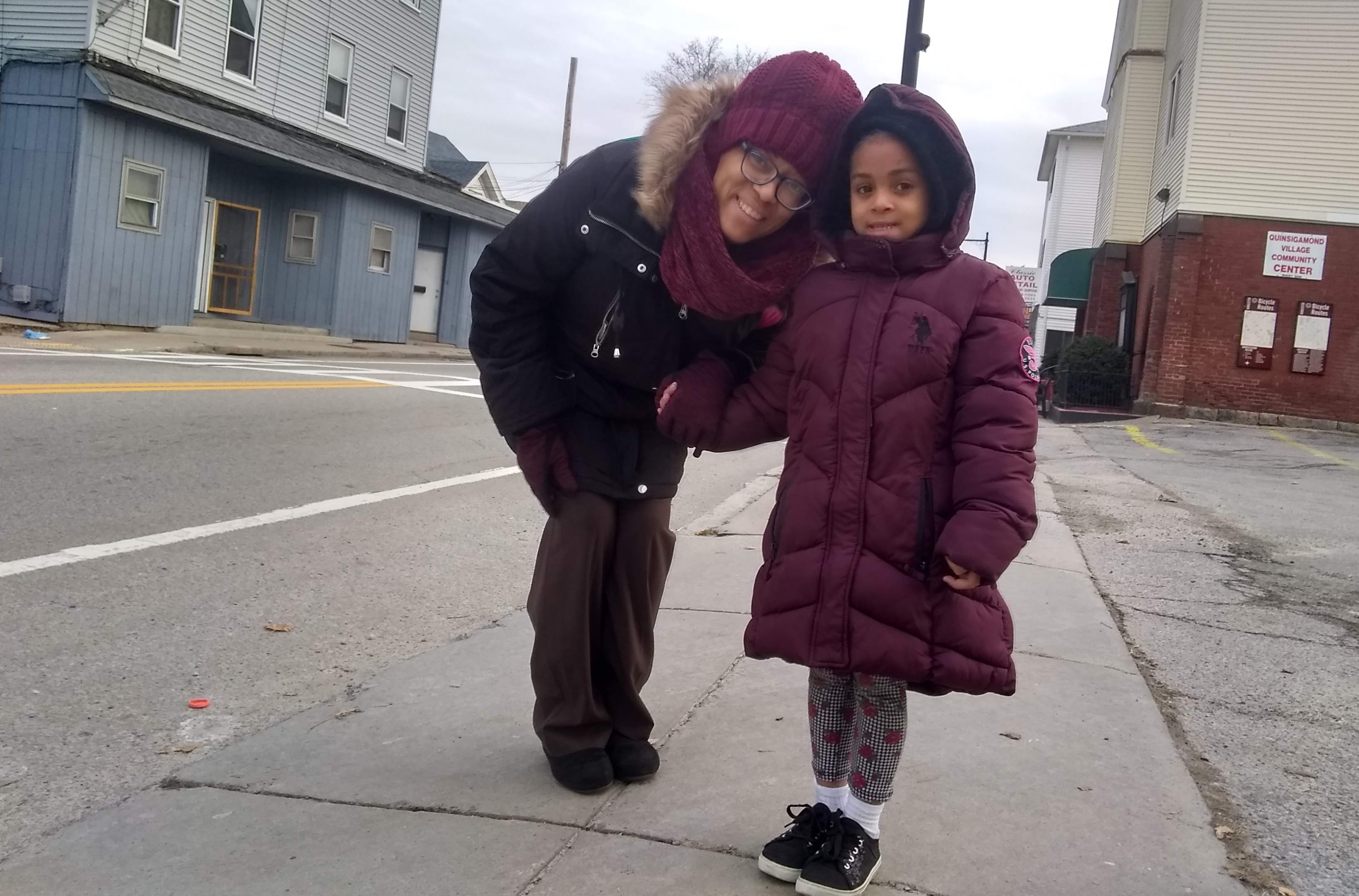 Greenwood Street: outside the QVCC, right, a few years back. Photo: R.T.

The long-gone Quinsigamond Village Community Center on Greenwood Street: Kathy Sullivan’s real neighborhood center – so unlike the City of Worcester neighborhood centers we have today. It was years ago … the opposite of the South Worcester Neighborhood Center, the Worcester Senior Center, the Green Island Residents Group … It was 30 years ago. I’d just returned to Worcester from Amherst and Springfield. I had decided to move back to my hometown and wanted to make a commitment to my city. So I joined my local neighborhood center as a board member. It was the Quinsigamond Village Community Center, a few blocks from the apartment I had just rented on nearby Kosta Street. The center’s now a Black church with a food pantry.

Back then the City of Worcester funded and operated the center, and Kathy Sullivan, its executive director, had turned the Quinsigamond Village Community Center into a neighborhood powerhouse. She took what essentially had been a dead space, poorly run by the late Jane Petrella of Greenwood Street, and turned it into a busy, fun, people-focused, open-to-all REAL NEIGHBORHOOD CENTER that actually improved people’s lives. Kathy, who passed away years ago and became a friend of mine (I still miss her!), MOVED INTO QVCC BIG TIME after her stint at the city’s Main South Neighborhood Center, now, like our public library branch there, gone. At QVCC Kathy started an after-school program that was always attended by 20 to 40 neighborhood kids of all colors. She opened up a real food pantry that kept food on the tables of scores of neighborhood families. Kathy put on monthly Saturday night spaghetti suppers for the community. For $2 you got an entire Italian meal – meatballs made by Kathy – cooked by us board members. At these old fashioned neighborhood get-togethers, you met your neighbors, joked around, gossiped. Fun times!

We had a little library book nook in our neighborhood center for the kiddos. We had an information table with pamphlets for all. We had plays and punk rock dances for the teens. We had a long table overflowing with donated, gently used clothing and shoes – free to those in need. We had monthly board meetings to plan ahead and discuss our progress – I was the secretary who took notes.

And in her office, Kathy sitting behind her desk covered with referral forms and donated boxes of cookies she gave out to everybody, actually counseled people. Spent time talking with folks, reassuring them, guiding them, asking: HOW CAN I HELP YOU? She was a true people person, loved helping and caring for folks. Just being in a busy rambunctious neighborhood center got her to laughing and smiling that terrific smile!

Kathy was so different from the morons manning our city neighborhood centers and agencies today – doing next to nothing and collecting a City of Worcester paycheck.

Kathy would make phone calls for you – really work the phones. She’d fill out the paperwork and stay on the case. Plus, she was pretty, fun, real – and had a great laugh that I still hear when I drive by my old neighborhood center, a former church. Kathy’d go out for drinks with folks and QVCC board members at local dives. Her gal pal from years back, also a single mom, would meet us and the vino would flow and the talk would get loud and a tad raunchy. Girl talk!

Kathy lived in Vernon Hill, in a cute blue house that belonged to her late mom, a nurse at the old St. V’s hospital, right across the street from Kathy’s little blue house. Kathy lived in her house with her teenaged son and a teen who had had it rough with his family, a friend of her son’s. Kathy took the boy in, gave him a home, made him her second son. Oftentimes she’d tell me about the challenges she’d have with this kid, his struggle with trusting people, sometimes his anger … but Kathy, a single working mom, always fed, clothed and encouraged him – loved him.

Kathy was a true Worcester gem. She made everyone around her smile. She made us all feel loved and cared for – Quinsigamond Village Community Center board members, neighborhood folks, family, the guy on Greenwood Street with just a nickel in his pocket. She gave former drug addicts a second chance at her center… made one of them her super volunteer secretary! Kathy didn’t judge – she just loved. And because she was so smart and so caring her neighborhood center was … amazing.

We don’t have a Kathy in our Senior Center. We certainly don’t have enough Kathy’s running our City of Worcester neighborhood centers – or what’s left of them.