Joey is a Tahini fan!

As we approach the period of Lent for the year 2020, we often hear people declaring what they are giving up. Or perhaps you fast during this 46 pre-Easter day count down.

Lent always starts on Ash Wednesday. This year it happens to be soon – February 26. Lent lasts for 46 days, 6 of them being Sunday and those are exempt (you can eat treats and such on Sunday)! Fasting helps us remember that Jesus had spent days in the wilderness fasting. We nowadays can reflect while we plan for Easter.

As I said Sundays are exempt from fasting, so it really makes for a 40-day liturgical period. That being said, many people turn to the dreaded “Fish for Friday Dinner” period, or generally abstain from eating something that is a luxury, like chocolate, or giving up the drink. However, Saint Patrick’s Day gives you a “day off for free drinking” – so whoever makes up the rules has say!

Many Lentin dishes, breads and snacks come into play depending on the ethnicity. And that being said, it’s not so bad to take this time to get rid of excess weight and keep a low profile and eat healthier.

I happen to love fish. I made Tahini-style topping the other day because I had a craving – it’s so easy! You just get a jar of Tahini (sesame paste) from the market. With this goodie you can make hummus or Baba ghanoush or shawarma topping – it really is the bomb! 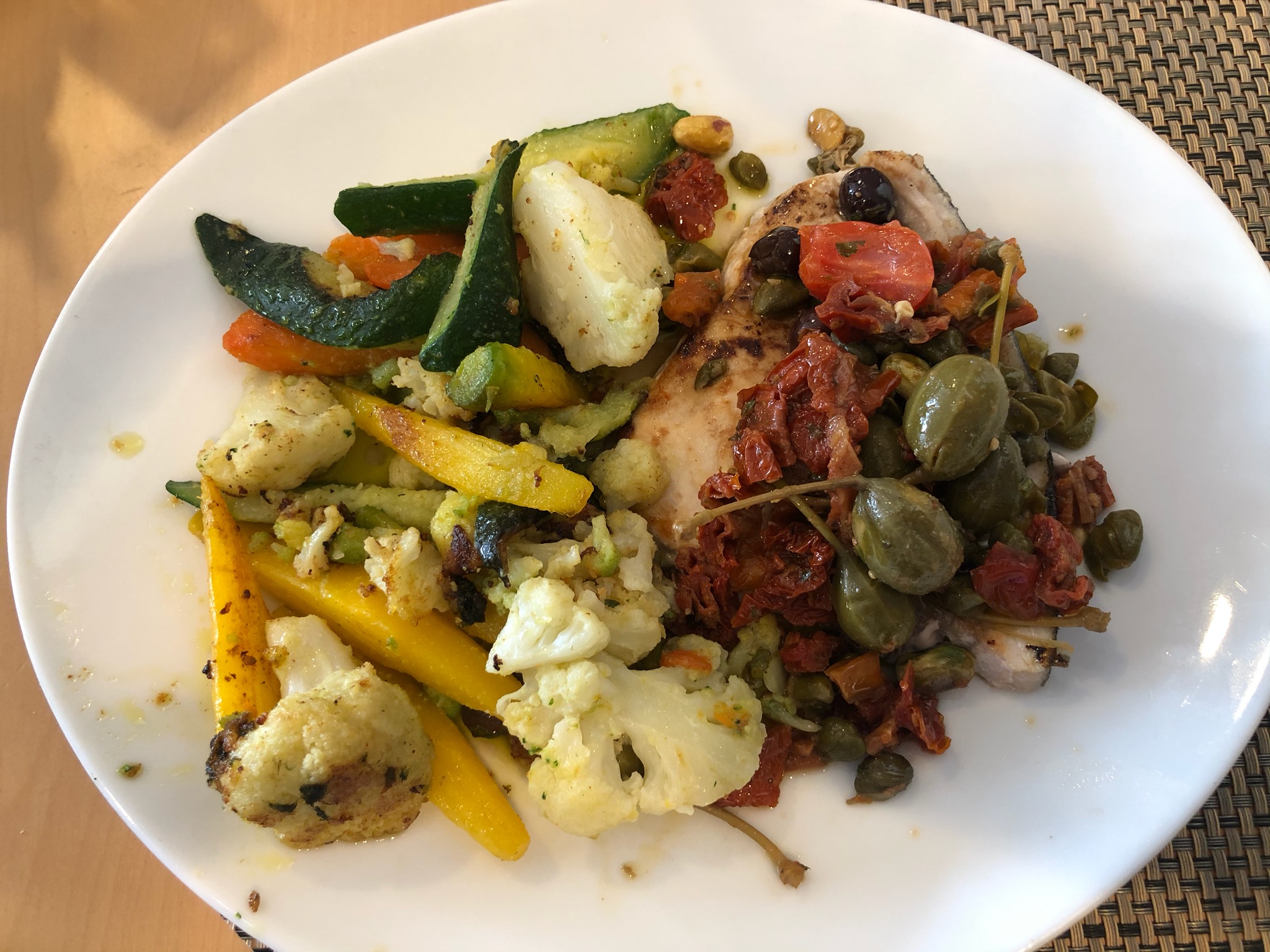 For the dinner you need about ¾ cup tahini, thevjuice of 2 lemons, 2 cloves of garlic chopped fine and water. This is dependent on the tahini – some are thicker than others.

You want to mix your ingredients and have it spreadable like mayonnaise – not runny. So between 1/4 and 1/2 cup of water.

Mix it all together.

This can be topped with sautéed onions, pine nuts, or you can add some fire to it with tobasco or a chili pepper. Some people add parsley or cilantro. Your options are endless.

Served with a nice fluffy rice and a vegetable, and you have some healthy eats! And the sesame paste is nutrition in itself!

This is not limited to fish. You can modify the mix and use with chicken or even a plant-based meat flavor product. Just adjust your garlic to your liking! 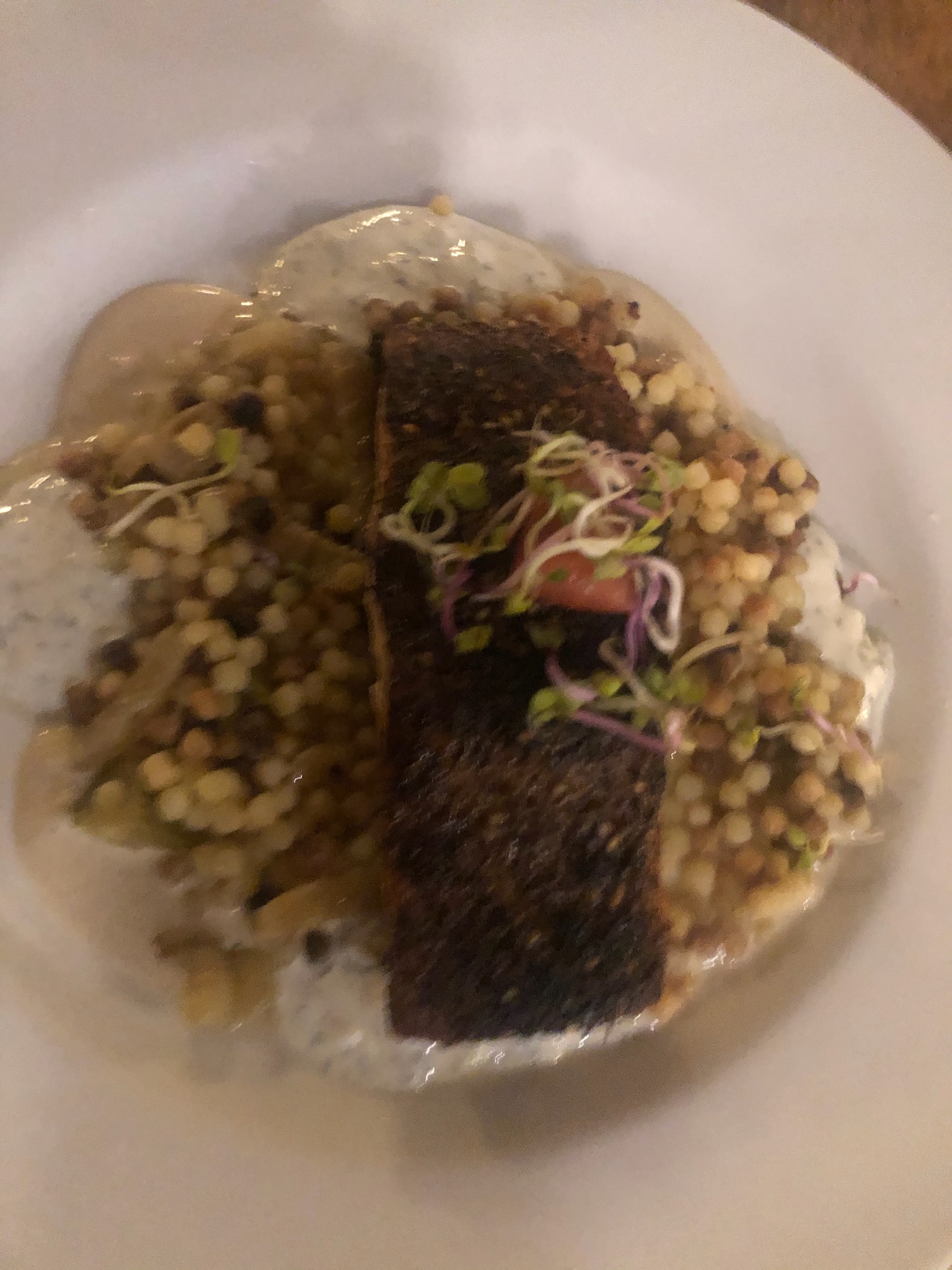 For longer than I care to remember, this was a common response from anyone who learned about my vegan lifestyle. When hearing the word “vegan,” they probably thought up images of hip, white people eating $10 avocado toast with a side of raw kale rather than me, with my natural locks and melanin existence, cooking up jerk tofu with a side of black-eyed peas.

Thankfully, these stereotypes are fading fast. New data about the changing American diet show that it’s folks who look more like me that are ditching meat.

Recent Gallup findings revealed that while 19% of whites reported eating less meat in the past 12 months, 31% of people of color stated that they had reduced their meat intake. Only 5% of nonwhites from the study claimed to have eaten more meat in the previous year. Nonwhite Americans are also three times as likely as white Americans to describe themselves as vegetarian.

I can’t speak to why my brothers and sisters of color outside of the black community have cut back on eating animal flesh. Maybe they’ve seen shocking footage from slaughterhouses, where sensitive animals suffer every single day in dank sheds before their throats are slit. Perhaps they’ve listened to warnings from United Nations scientists who have cautioned that meat consumption must decrease by as much as 90% in order for us to avoid the most catastrophic effects of climate change. After all, there are plenty of reasons to treat fellow sentient beings with respect and dignity and to go vegan.

However, I’m not surprised to see more of my own people going vegan when the same Gallup study found that nine out of 10 people who reduced their meat intake said that they did so because of health reasons.

Black Americans have a lot on the line when it comes to what we eat. According to the American Heart Association, we are disproportionately affected by obesity and more likely to have diabetes than our white counterparts. The Centers for Disease Control and Prevention states that African Americans have nearly double the risk of dying early from heart disease or strokes as whites. Study after study links these ailments to eating animal flesh, eggs and dairy.

Living vegan is a revolutionary act for black people. It’s the process by which we decolonize our diet and resist habits that have destroyed our well-being. Numerous vegan staples, like tofu, rice, quinoa and seitan, originated in communities of color. I look forward to a day when “slave food” — things our ancestors had to eat for survival — like chitlins (animal intestines) or hog maw (pig stomach), lard and pigs’ feet are left in the past, where they belong. True soul food is the nourishment that will improve our health and expand our own compassion.

It certainly helps the vegan movement grow in the black community when cultural icons like Jay Z, Beyoncé, most of the Wu-Tang Clan, Ava DuVernay, Jermaine Dupri, Angela Davis and Colin Kaepernick (just to name a few) promote the vegan lifestyle in one way or another. It’s pretty hard to justify white vegan typecasting when Jadakiss and Styles P — some of the hardest hip hop artists ever to do it — run all-vegan juice bars across New York City.

Everyone can join in on the vegan revolution. You’ll save nearly two hundred animals from a horrifying death every year, and your body will thank you. But best of all, if you’re black like me, you’ll also dismantle some unsavory stereotypes.