Landlord Brydee Riccard and her incapacitated mom Charlene Stavros have done ZERO WORK on my apartment at 29 Elm St., Spencer. 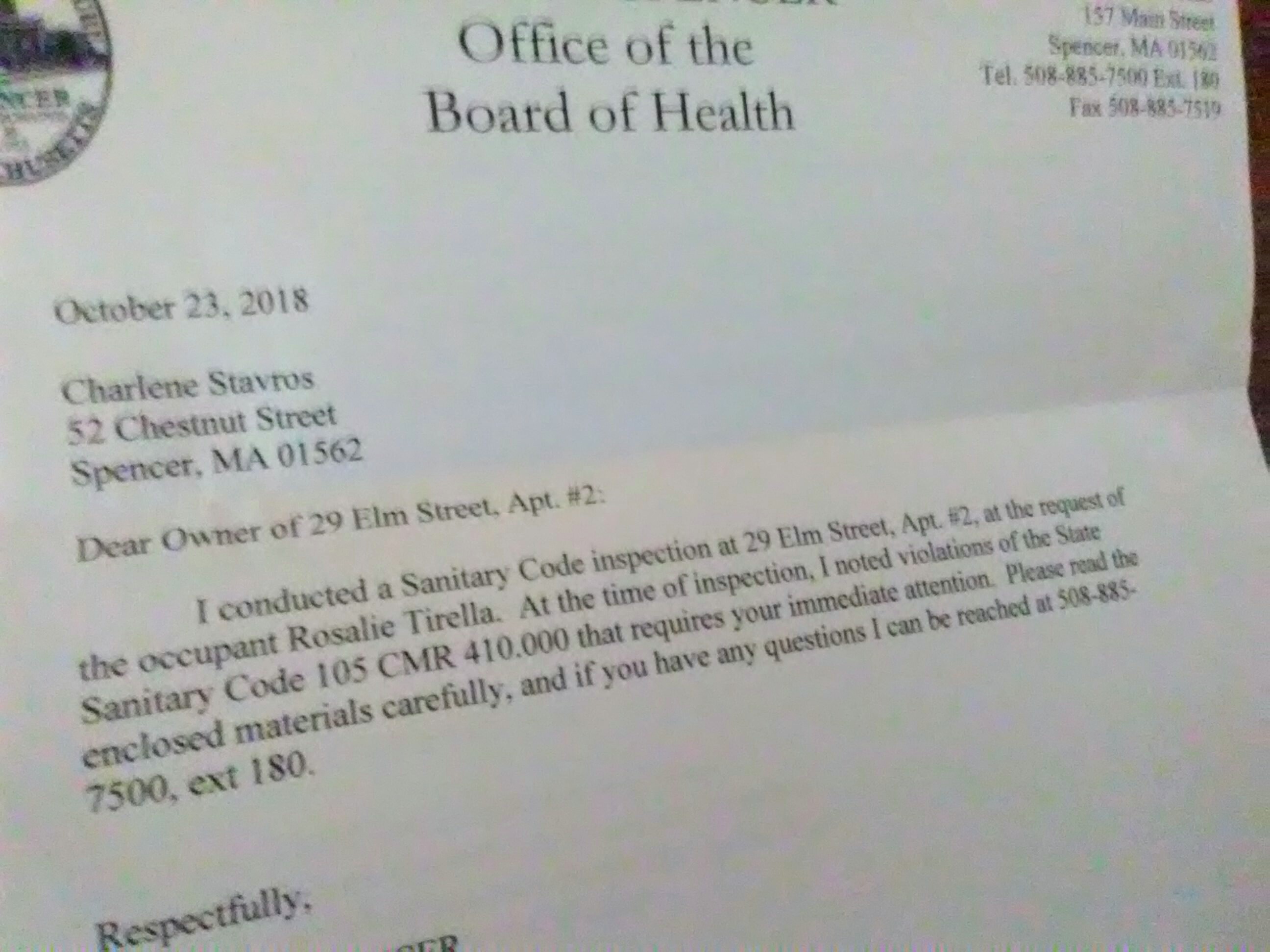 Ma and daughter are a known quantity at Spencer Town Hall – decades-long slum lords. Lisa D., the Spencer Board of Health inspector who knows the buildings and is on this case, called the ladies this week, spoke to both of them on separate days and told them to get rolling, but the thuggy Riccard and Ma are digging in.

I’ve moved this issue to the state level and added … potential Elder Abuse of Ma by Brydee??? Her mother is incapacitated; she can’t run her buildings, and her daughter is doing a shitty job of bringing them up to code like the Town of Spencer letter is stipulating. Yet Riccard’s name is on her Ma Charlene’s bank account – she has access to the dough$$. Riccard is lying to authorities about where Ma lives and is apparently feeding her Ma lies about the apartment repairs.

… Well, you make the report with the state and hope Mass. investigates judiciouly. 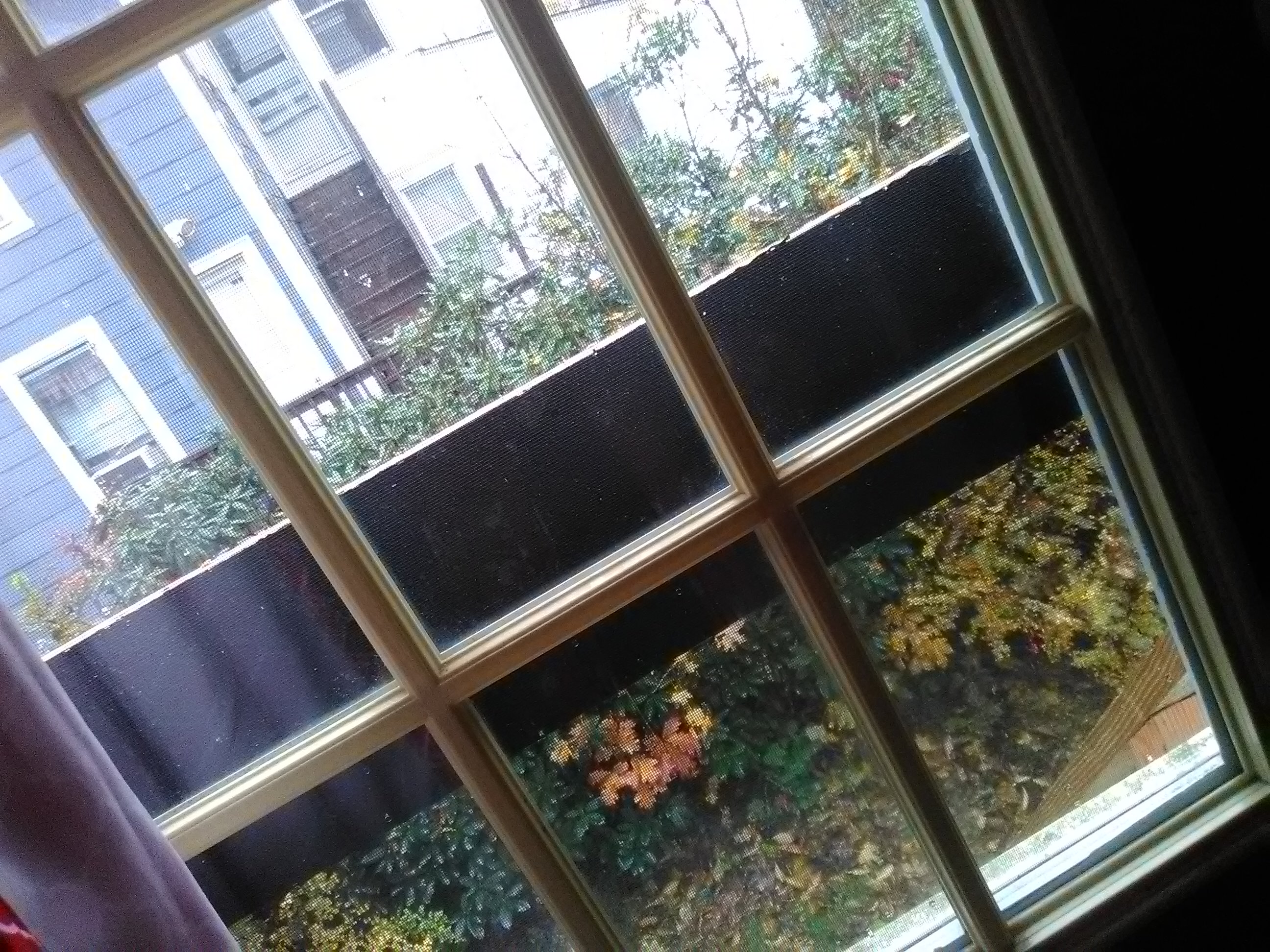 But there’s more: I have lived here, in the poorer part of Spencer, for a few months now, and this is more than hoodwinking old/or incapacitated mothers or lying landlords. I am convinced: SPENCER has an opioid crisis…NEEDS SOCIAL SERVICES … A HEALTH CLINIC, A MENTAL HEALTH CLINIC, support for its residents…located on Main Street, downtown Spencer, amidst the nice shops and decaying obes – accessible to the poor of Spencer who live a 10-minute walk a way (and who don’t have cars and feel too isolated to leave Spencer for out-of-town clinics).

The opioid epidemic. It is as much a part of rural America as Trump, the loss of good jobs, hard-hit people and the old monied townies who get away with exploiting the hard-hit who are too depressed, obese, undernourished – DOWNTRODDEN! – to put up a fight, question the status quo of Spencer.

So we have a bait and switch by Riccard… 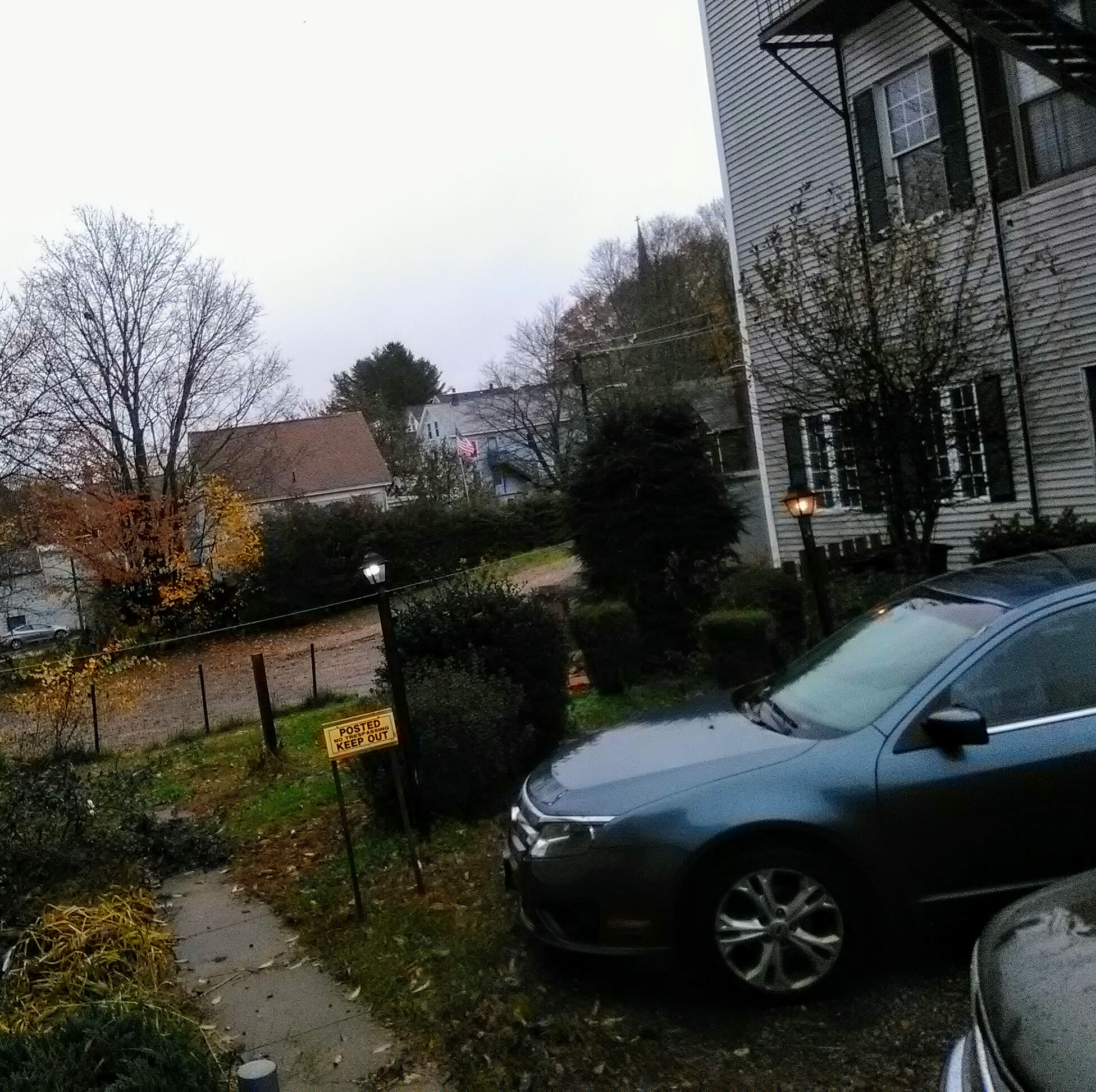 … pretending my dogs and I had access to the backyard and then putting up the KEEP OUT sign after I gave her $2,500 and $250 per dog (Jett and Lilac) to rent this apartment, signed the lease and moved in.

Riccard and her mother have no integrity.

More important, they do nothing for the neighborhood – unlike my neighbors who beautify their porches with plants, trim hedges, put up adorable inflatable Halloween yard ornaments in their front yards and make the best of their neighborhood. The wet leaves whoosh, whoosh in the trees… I see the burnishing, the cleaning by my neighbors … the new sidewalks and streets made possible by the federal funds secured by the sweet Cobgreseman Jim McGovern. People are trying, here. They sense the encroaching changes… A homemade sign taped onto a steet light in the middle of town, right in front of Spencer Town Hall read in big letters: INVEST NOW. So true! Stuff is cheap here and there is such potential!

In 10 years the creepy Riccard and Ma Charlene will be vestigial.

It has no choice, if it wants to survive.