I’m watching what the film critics tout as the quintessential Rock Hudson-Doris Day romantic comedy: LOVER COME BACK. For me, PILLOW TALK is #1 – this Day-Hudson classic is like a John Ford cowboy film without the cowboys, guns and Monument Valley: perfect, as in not one superfluous line of dialogue, one flat joke, gesture, kiss. Resolves beautifully. Lovely to look at. 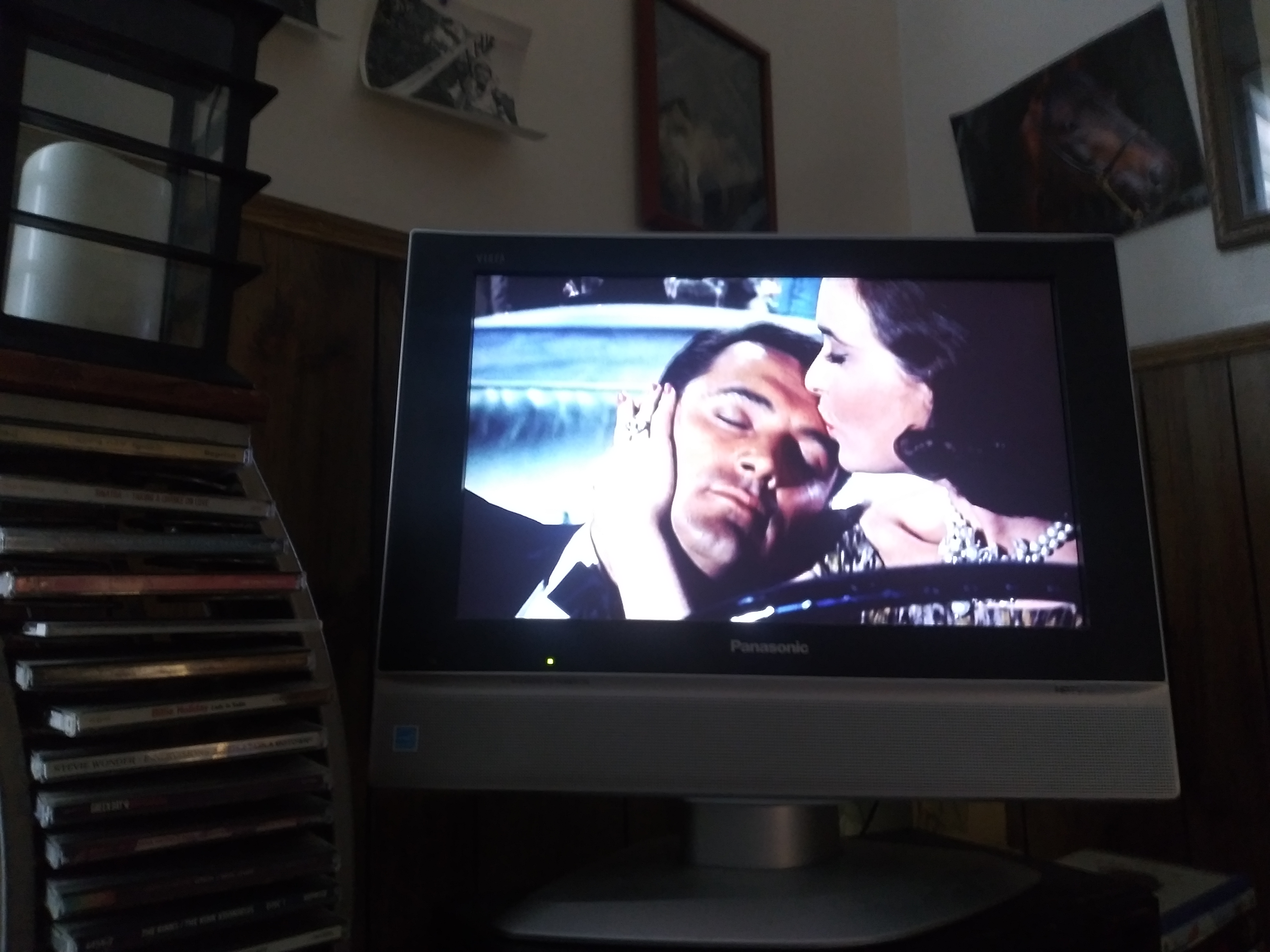 Rock Hudson gets a free ride from the ladies! 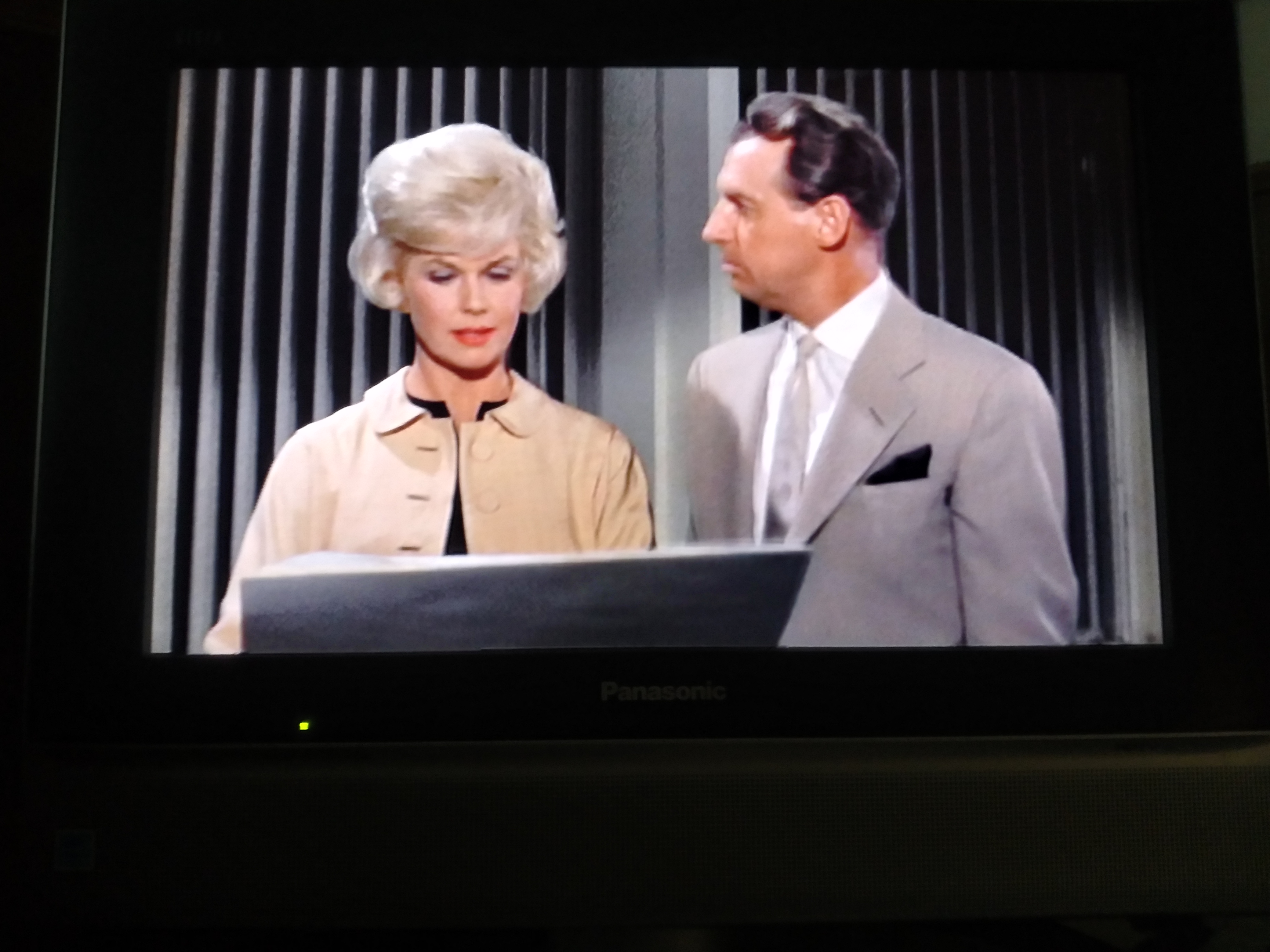 Carol is hard-charging and ambitious – she pretty much has the job that actor Jon Hamm had in the cable TV classic MAD MEN: creating advertising campaigns for all kinds of products and dealing with the creepy guys behind the products. And managing an unruly love life on the side. They work to make cans of wax fun! They mold America’s tastes and desires!

Whereas the MAD MAD TV series was wonderful but always pretty dark and foreboding, LOVER COME BACK is wonderful but always light and fun. Both look a lot alike: linen sheath dresses for the gals; starched white dress shirts for the guys; clean-lined, mid-20th century furniture; deep, saturated colors all over the place. … Both TV series and movie depict the advertising game realistically: sex sells (Hudson’s character, Jerry Webster, says, “Give me a well stacked dame and I’ll sell after-shave lotion to Beatniks!”); they take their boorish male clients out to strip clubs and ply them with drinks; they learn everything they can about the product – and their clients. LOVER COMES BACK opens with a voice over, This is the Manhattan advertising world where Americans are taught: this is what you must eat, drink … smell like!

Then we meet Carol and Jerry. The narrator continues: “THIS IS A WORKER” and Carol (Day), in a gorgeous white dress with stunning black hat, struts out of her cab. The narrator narrates: “AND THIS IS A DRONE,” and we are introduced to Jerry (Hudson): chauffeured by a lovely brunette still in her lovely sea-foam-green evening gown driving her matching gorgeous sea foam green convertible. … 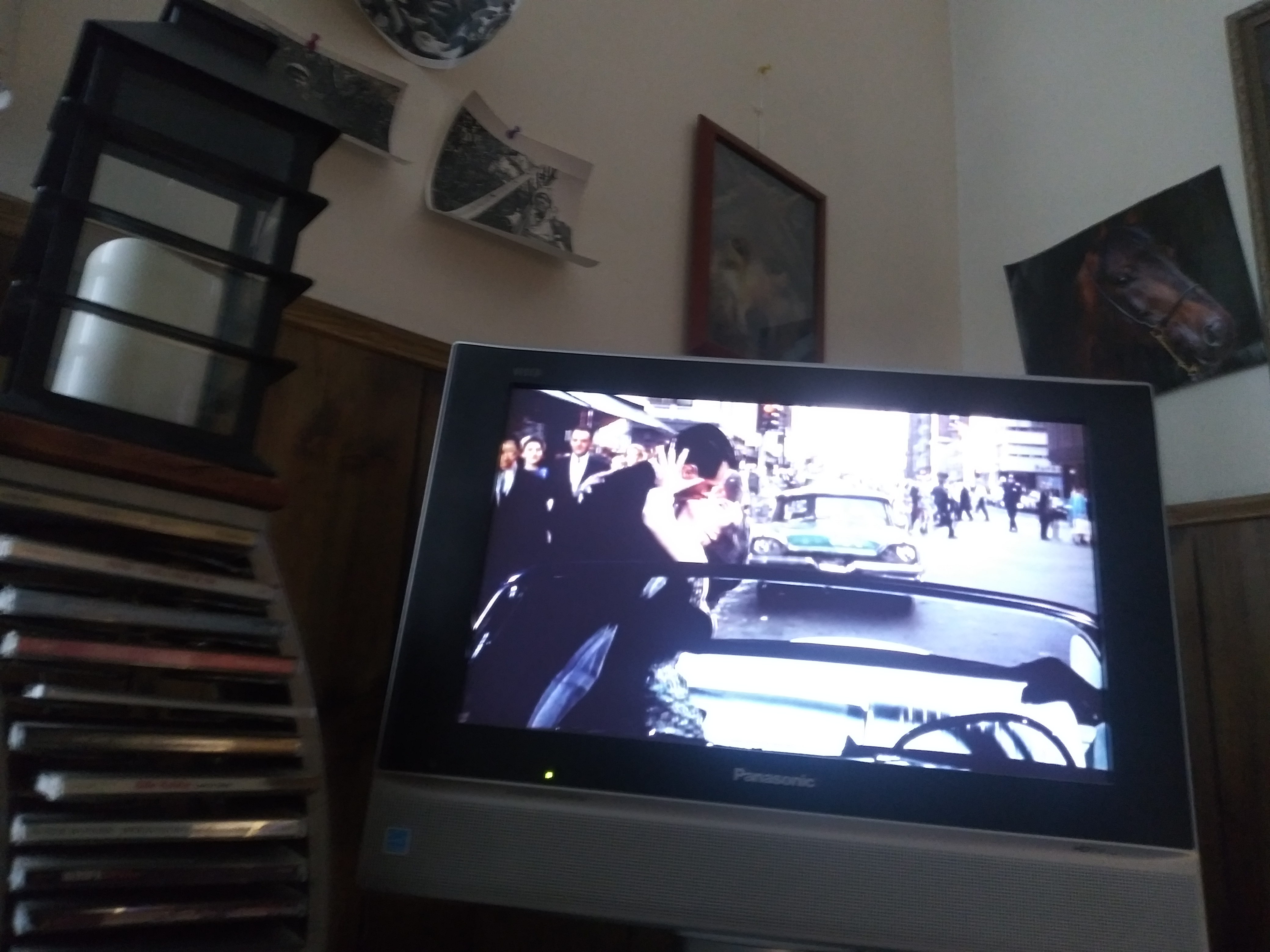 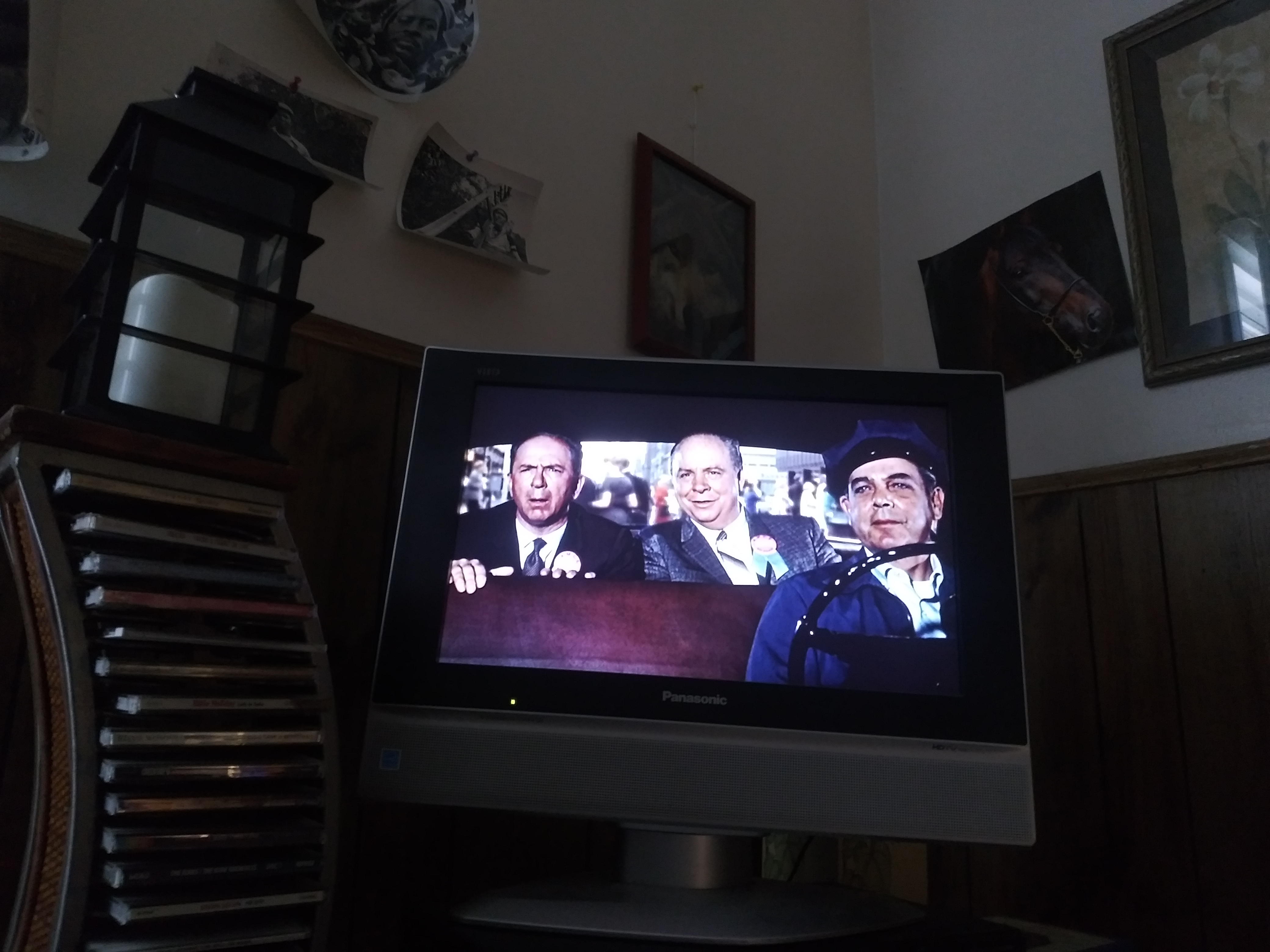 ❤
Two yokel local tourists are behind the couple. They’re in a big cab with a regular old cabbie – they ogle Jerry and his date as they French kiss GOOD MORNING! These two fat, balding middle-aged guys from fly over country are the film’s Greek chorus: at various points in the film they see Rock at “the mercy” of yet another beautiful woman. How does he do it? they ask each other. And marvel at their super man …

The movie takes shape when a canned wax mogul from the South is in New York City looking for a new ad agency to represent his canned wax company. Jerry and Carol, working for two competing ad agencies, right across the street from each other, vie for the account. Jerry wins after he takes the guy to a night club to show him some better “cans”! … 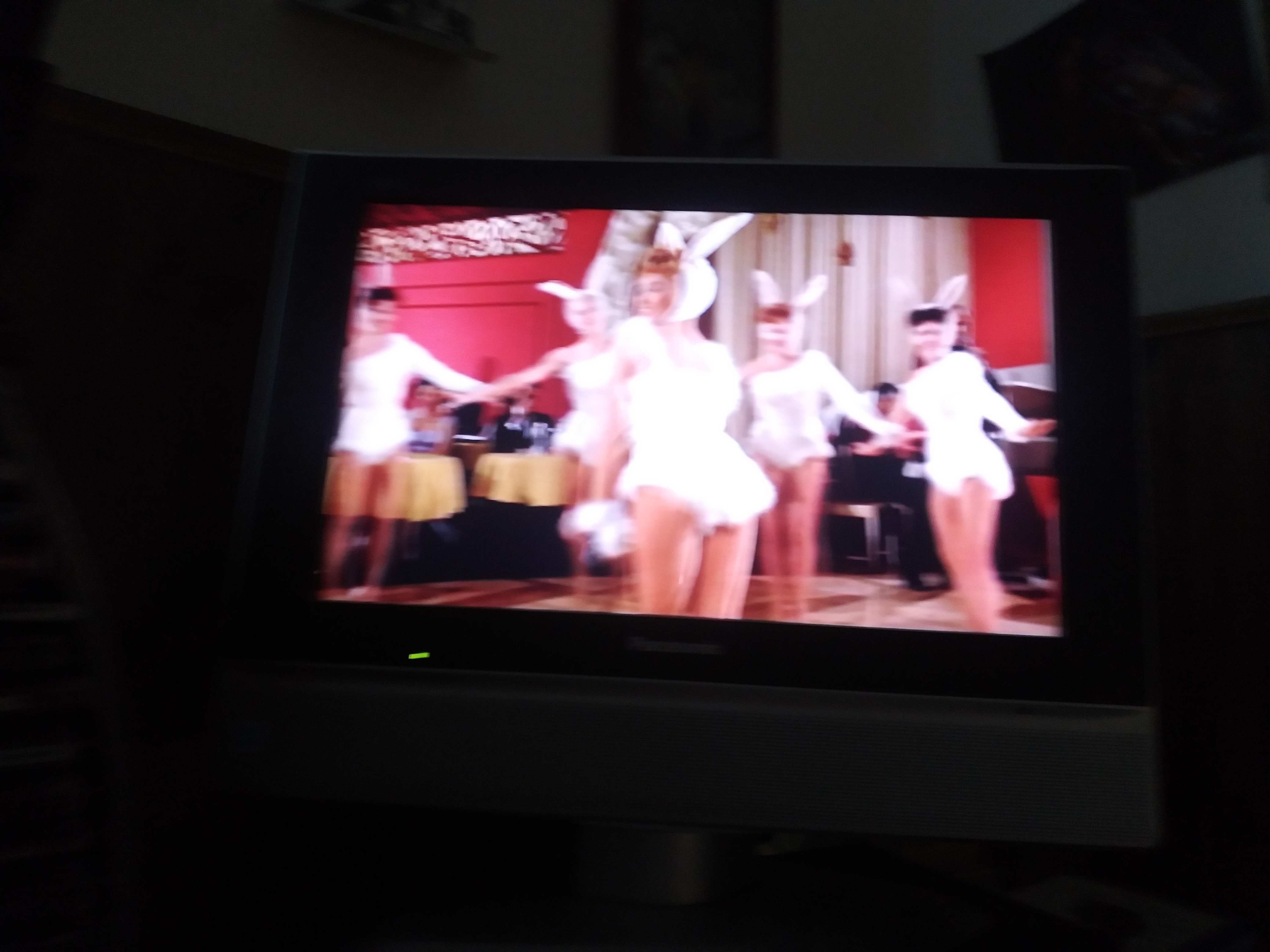 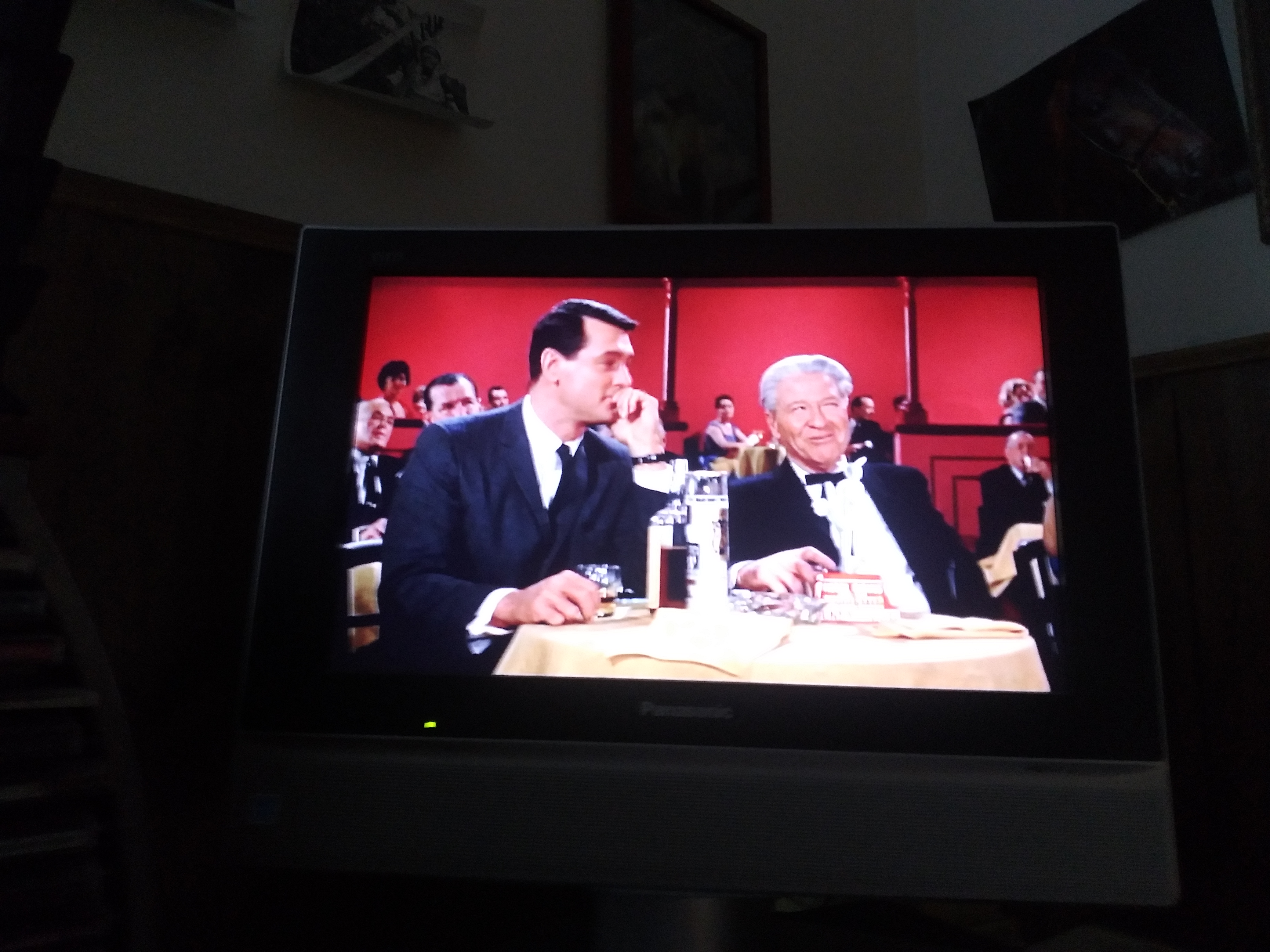 ❤
Carol is enraged! Jerry Webster is an unethical hack! She drags his bunny with the great can – “Rebel” – in front of the Ad Council for justice. Rebel, is supposed to rat out Jerry, but she only sings his praises – after Jerry promises her (a few days earlier) that she will be the TV face behind a brand new product: VIP.

The problem is THERE IS NO VIP! Jerry made it all up to get Rebel to say nice things about him during her hearing before the Ad Council. He saw the word “VIPs” as in “Very Important Persons” in a newspaper headline when he was at Rebel’s smothering her with kisses to … kiss up … and get her to lie before the Ad Council. His kisses didn’t take, but his promising her that she will be the ONE AND ONLY VIP GIRL – ON TV!! – did.

And so begins the Rebel TV advertising campaign of VIP – a product that doesn’t exist. All of America wants to buy VIP!! But what is it? And where can they buy it? The problem seems daunting until Dr. Linus Tyler steps in – Jerry visits this misanthropic quack in his Greenwich Village basement lab and bribes him with $5,000 to get back into the research game, to develop a VIP. Carol hears of this, and determined to steal the VIP account, tracks Dr. Tyler down in his lab. Only it’s Jerry in a lab apron washing some beakers – the real Dr. Tyler stepped out for a minute. Smitten by the pretty Carol, Jerry doesn’t tell her the doc has stepped out, but plays along. Meet the new Dr. Tyler. THE DOCTOR IS IN!

And so, a la PILLOW TALK, this beautiful play boy dupes Carol (a little too gullible, in my opinion) into believing he’s someone he’s not: the naive, innocent, VIRGINAL Dr. Linus Tyler. They date and smooch and date some more and smooch some more … and fall in love.

At one point, the wolfish Jerry is on the cusp of bedding down the chaste Carol – in the maid’s room in her apartment – when the telephone rings. It’s Carol’s boss and he enlightens Carol. SHE WAS DUPED! Carol is enraged! For spite, she lures Jerry out of bed to the beach 30 miles away where they first kissed … It’s time for a midnight skinny dip … but she does not take so much as her lipstick off and drives away with all of Jerry’s clothes. “GOOD NIGHT, MR. WEBSTER!” Carol yells from behind the car steering wheel as she zooms off. I won’t give away the ending of this terrific flick because it’s the funniest scene in the movie (to me!). But no one should ever write off Rock Hudson’s comedy chops or dismiss Doris Day as a sexless 1950s movie actress – Eisenhower’s girl but never JFK’s. Well, Day was sexy! She was more than a bridge to Jane Fonda and the American actresses of the 1960s and ’70s! Yes, she turned down the Mrs. Robinson role in THE GRADUATE, but did Ann Bancroft love and support Rock Hudson when he was dying of the then mysterious and taboo disease called AIDS? Doris Day was there for Rock. Sweet as sugar. Tough as nails.