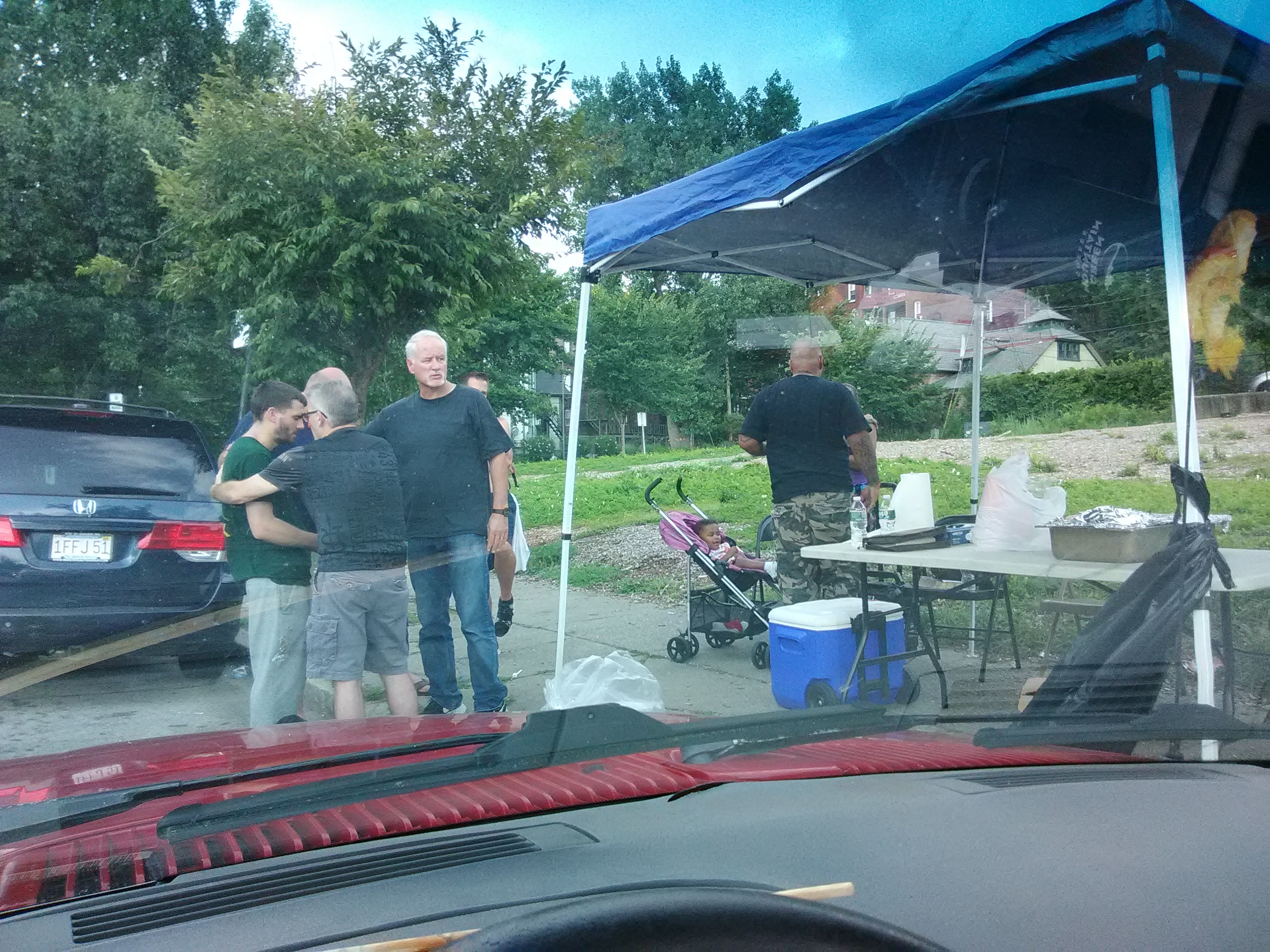 Laying of the hands

As I was driving through my neighborhood – Main South – down Main Street, near Benefit Street … I saw right across from the Beacon Pharmacy a table set up and people passing out goodies. So I stopped and asked if it was the group “Food, not Bombs” which I know had been a fixture at that spot for years on end. I was hoping to get myself a sandwich and maybe a drink, as I was hungry and was out of funds.

To my surprise, it was another group of Good Samaritans, this group from the New Creation Church which just started up at 1241 Main St. in the Webster Square Plaza. The Evangelist is a U.S. Marine veteran. He was there on Main Street with his lovely family, a young and beautiful wife, and a baby daughter approaching two years old, along with three or four church members. 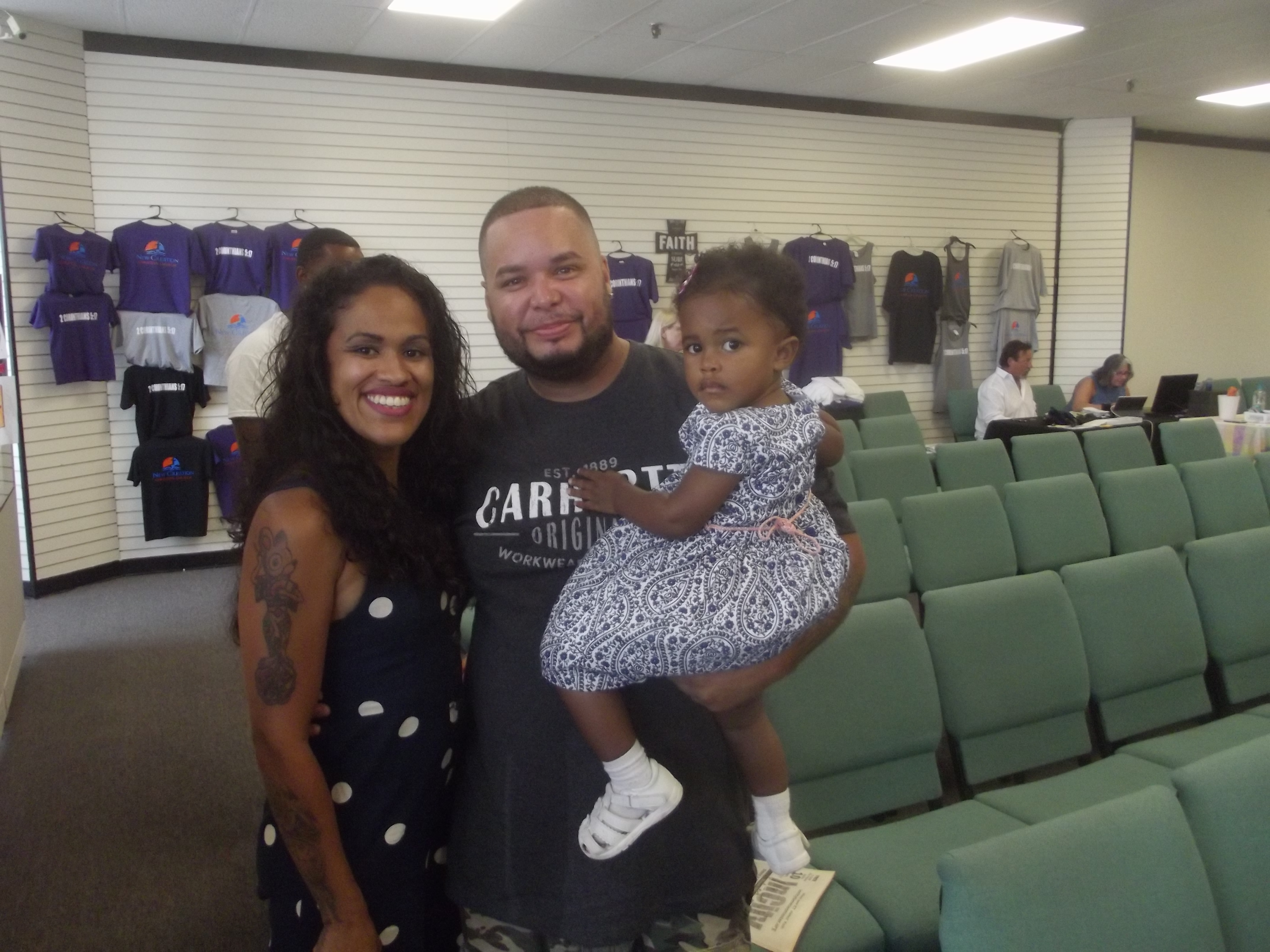 They were giving out fruit cups they had made with fresh fruits, orange slices, watermelon and, I believe, cantaloupe. I ate it all. This day I was hungry and had no funds, so I ate the whole fruit cup as I watched these people perform their little miracles on Main Street. The laying of hands to those who needed spiritual guidance of their long lost faith which they have not practiced due to various reasons, among them drug and alcohol addictions, homelessness, street prostitution, petty crime and who knows what else. 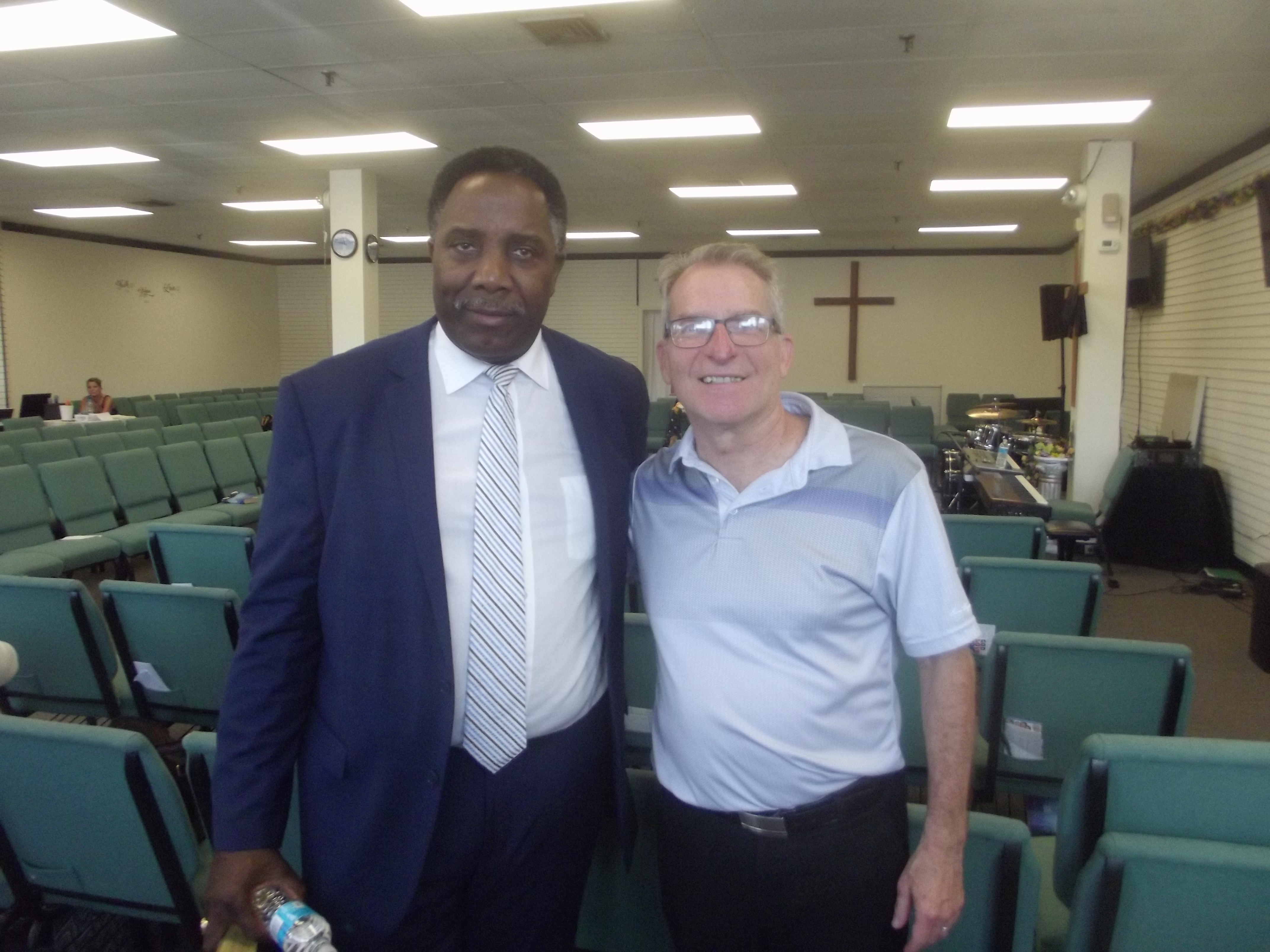 I saw a palpable difference in the demeanor of those who were “saved,” as they benefited from the laying on of hands and the moral and spiritual support they received from the group and its pastor. 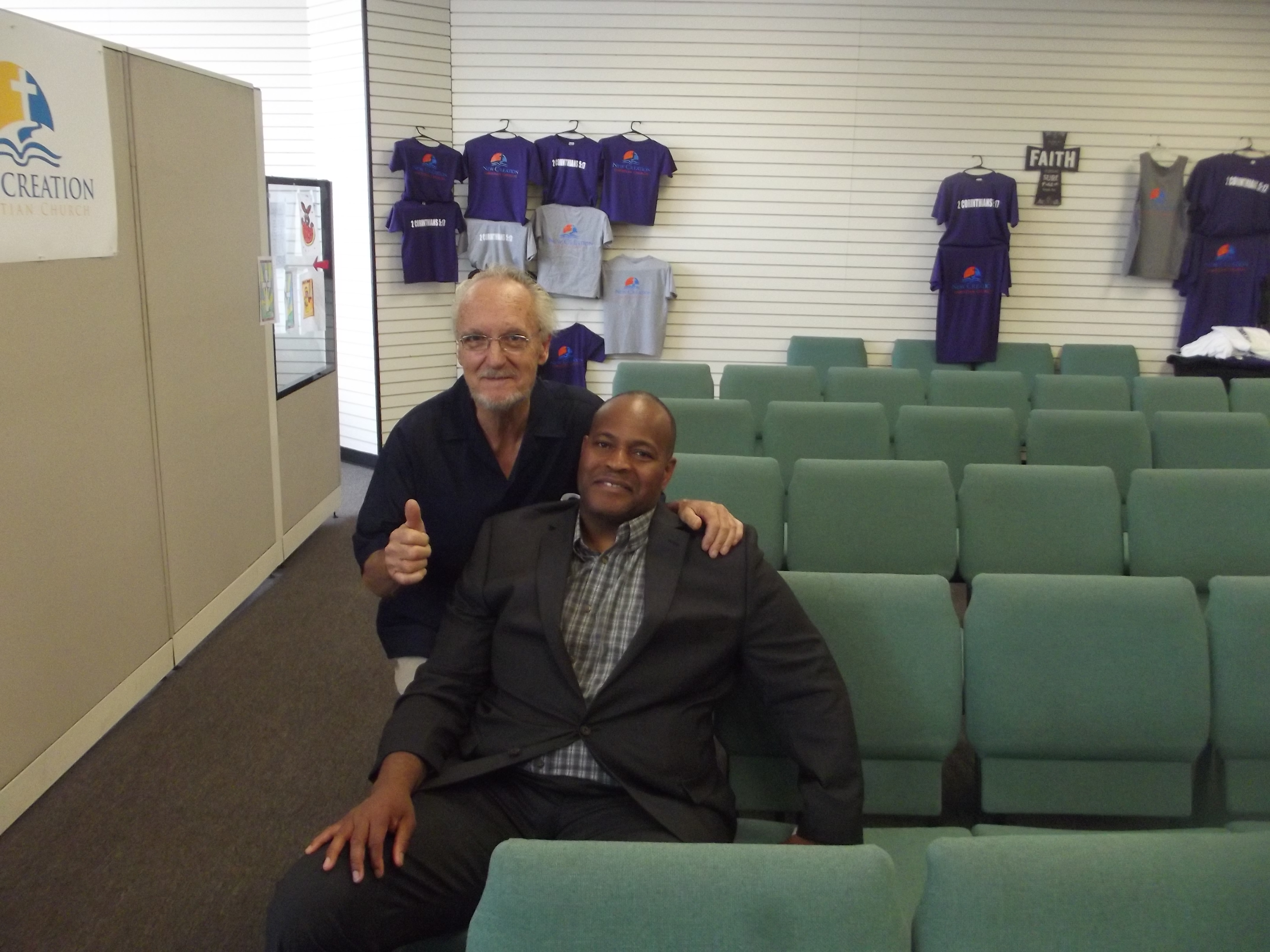 The furtive glances, the suspicious eyes were less suspicious and less furtive after having been the subject of the congregants’ prayers. For a better future for the sinner before them. We are all sinners, and he among us without sin must cast the first stone on that comment!

Their mission is to dispense love to those who never quite experience it. Because they face constant hatred from all quarters on a daily basis due to their addictions and the activities they need to do in order to support their habits.

I see this kind of thing every day, and I tell you, I was quite impressed with the way these people received the love offered them! Imbibed of the fruit and water the church people gave me, I went away with a smile. And their were smiles upon the faces of all who ate, drank and were spiritually uplifted. Many are not used to smiling in their never ending struggles on the street.

I told the evangelist I would stop by one of these Sundays if I can and, of course, ALL are welcome at his church. Services are on Sunday’s at 10:30 a.m. In addition to church services on Sunday, on Tuesday there is a Bible study at 7 p.m. led by Pastor Ken Reed and then on Thursdays at 7 p.m. there is a substance abuse meeting led by Pastor Jeff Busby and Evangelist Miguel Velazquez at 7 p.m.