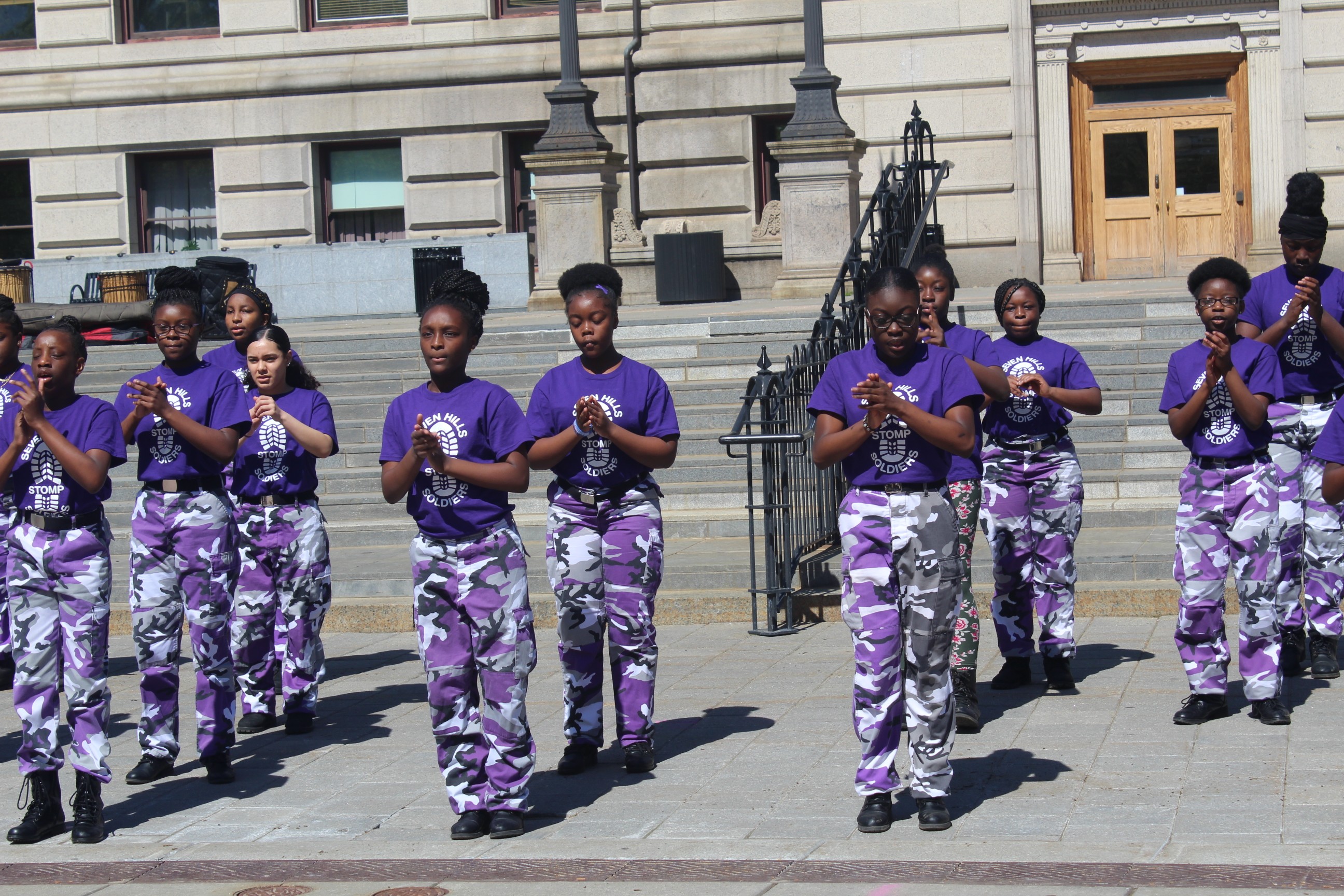 Event outside Worcester City Hall – justice for all in our city! ICT file photo.

Worcester County District Attorney Joseph D. Early invited this reporter into his office to spend a few hours with him and to catch up on all the news with his office and any developments on either old or new cases that his office is prosecuting.

When the DA met with CECELIA/InCity Times, he said the police were very active in their on-going investigation of the Bell Pond lifeguard stabbing incident and are reportedly looking for a fourth suspect in this incident and declined to comment any further. However, according to the Worcester Patch, the announcement of the fourth arrest in this case came on Wednesday, July 14th when police said over the weekend of July 10th and 11th they had arrested and charged Pedro Felix Camacho, 21, of Queen Street with armed assault to murder. After a court hearing on Monday, July 13th, Camacho was ordered held without bail.

When asked about another high-profile case that has been investigated by his office, the Molly Bish murder of a 16-year-old Warren lifeguard that occurred 21 years ago, Early said that a special crime task force established by his office several years ago, in June named a “person of interest” in the case. The individual was Francis “Frank” P. Sumner. Early said that Sumner died in 2016 and was born in 1945 and was active in the Central Massachusetts area from 1960 to 2016.

Bish had resided in Warren. The announcement from Early’s office was made on June 3, 2021and came just two weeks shy of the 21st anniversary of Bish’s disappearance on June 27, 2000.

Although Sumner is deceased, Early said police are still trying to gather information from his associates in the hope of gathering more information about Sumner and his possible involvement in Bish’s murder.

When Early opened his office to this reporter, he was seen meeting with Derrick Kiser of Worcester who introduced himself to me as “the president of former gangs in the city (of Worcester) 25 years ago.”

Kiser now heads his own consulting business, “Fresh Start Wellness” in the Worcester area. He speaks to students at schools from elementary up to high school, as well as before prison audiences, about his former life of crime, in an attempt to dissuade young people and all of his audiences from making the kind of bad decisions he made which brought him afoul of the law in his earlier years. Kiser, 49 understandably speaks with a great deal of passion because he does not want anyone, regardless of their age, background or station in life, to end up in the unfortunate circumstances that he did 25 years ago on the streets as he said, “the president of a gang in Worcester.”

Early, in his role as District Attorney, had nothing but praise for the work that Kiser is doing in trying to dissuade others from making many of the wrong decisions that he made in his youth. Early said, “We’re proud to support Derek Kiser and Fresh Start 508’s latest program, “Your Health is Your Wealth” which focuses on bringing together law enforcement and youth who’ve experienced trauma to address mental health issues.

“Derek has done incredible work and he’s great at bringing communities together to address difficult but important topics,” Early said. “We also collaborate with a diversion program that prevents individuals from joining a gang or experimenting with substance abuse.”

In my meeting with the District Attorney, he broke for a few minutes to swear in the newest Assistant District Attorney to join his office, Alex Milone of Worcester. Milone said he is looking forward to serving in the office. “It is a great public service,” he said. ” I was happy to apply and make a difference.”

Early, is the son of the late and very popular United States Congressman Joseph D. Early who represented the Massachusetts Third Congressional District in Washington from 1975 to 1995. His father was a close friend of the late Senator Edward M “Ted” Kennedy with whom he served in Congress. I grew up in the area of Beaver Brook Park on Chandler Street and remember back when the District Attorney’s father served as my state representative prior to being elected to Congress in November, 1974. I distinctly remember having a conversation with the DA’s dad in the early 1970’s when he told me, “Robert F. Kennedy, (RFK) would have made a great President.” Robert Kennedy was assassinated on June 4, 1968, after winning the California presidential primary.

The legacy of both his father and the Kennedys’ is not lost on DA Joe Early. In the conference room of the DA’s office is a memorable quote from JFK hanging in a picture frame on the wall. The quote is JFK’s 1960 campaign slogan: “Everyone can make a difference and everyone must try.” Early, when asked to explain his more than obvious passion for government service, quoted JFK’s statement that “government is an honorable profession.” So it came as no surprise to this reporter when Early, asked to name his heroes, without hesitation he said his father, along with the late U.S.Congressman John Lewis, (D-Georgia) who died last year of cancer. The DA told me that he met the late Georgian Congressman, an icon in the Civil Rights movement in the United States in the early 1960s.

Understandably, Early came from a very high-profile political family in Worcester. I remember his father’s campaign for the Democratic nomination for Congress in the fall of 1974. In particular, I remember a campaign brochure that was distributed featuring a picture of his parents along with his seven brothers and sisters. When asked if his political family was like a Worcester version of the legendary Kennedy clan, the Worcester DA flashed a wide smile, and said, “Yes, but without the money.”